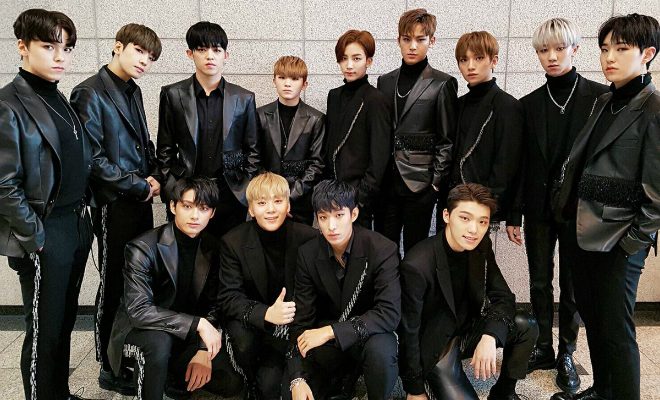 Mark your calendars for SEVENTEEN!

On May 13, the group’s agency Pledis Entertainment announced its world tour along with the tour dates. The 13-member group is expected to visit 13 cities across the globe, beginning in Seoul in July. 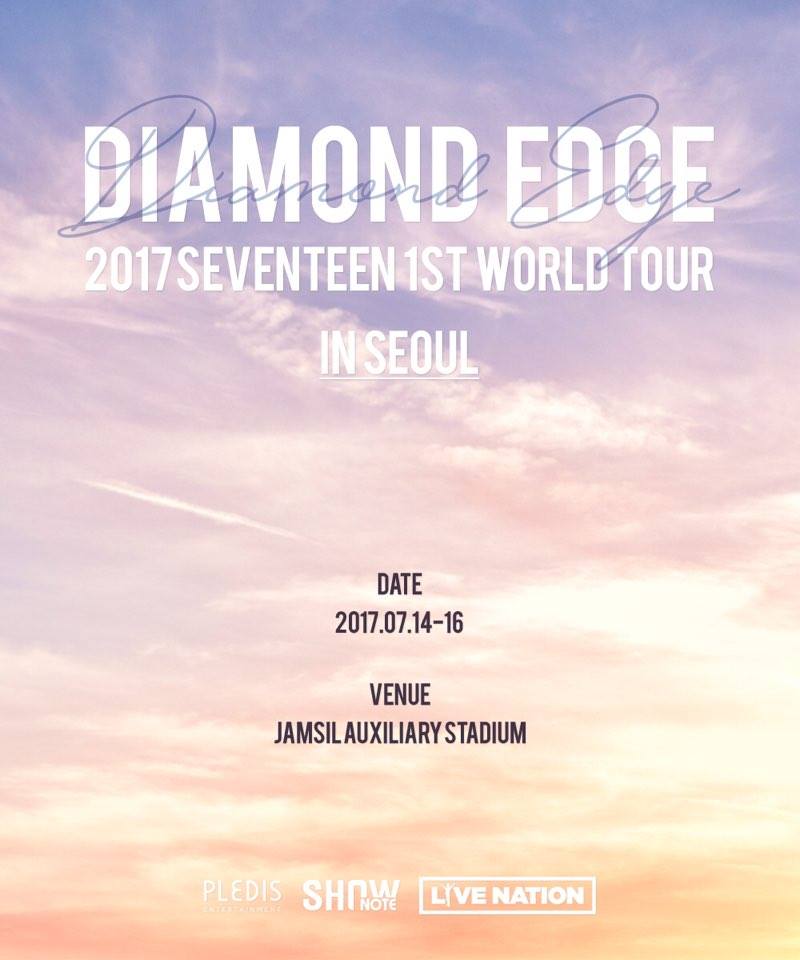 SEVENTEEN will then travel to Saitama, Bangkok and Hong Kong. They will also make their way to North America particularly in Chicago, Dallas, Toronto and New York.

Kuala Lumpur, Jakarta and Singapore will fill the group’s September schedule. Taipei and Manila, on the other hand, will get to see them in October.

“The show will be as edgy as the tour title,” said Pledis, promising various songs and performances from the boy group.

Aside from the tour dates, no other information has been released as of press time. More details on the Seoul concert will be announced soon, according to the agency. 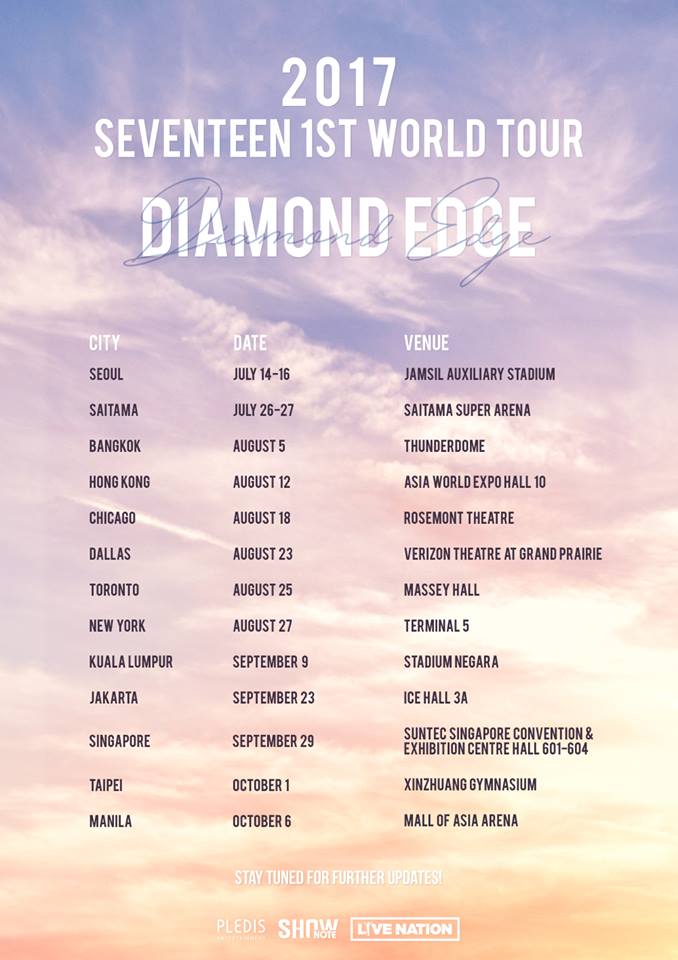 SEVENTEEN debuted in 2015 with its first extended play (EP) ‘17 Carat’ and title track Adore U. The album became the year’s longest charting K-Pop album in the US. It was also the only rookie album to make it on Billboard’s ‘10 Best K-Pop Albums of 2015’ chart.

This was soon followed up with a second EP and track Mansae, which was released in September of the same year. The second EP debuted at the number one spot of Billboard’s ‘World Albums’ chart, which strengthened the idol group’s super rookie status. SEVENTEEN also made it to the ‘21 Under 21 2015: Music’s Hottest Young Stars’ list of the American magazine and swept awards.

The idol group continued to release chart-topping albums such as ‘Love & Letter’ and ‘Going SEVENTEEN’ in 2016. They also embarked on its first Asia Tour that year, visiting countries like Japan, China, the Philippines and Singapore.

At present, they are gearing up for a comeback on May 22. SEVENTEEN began teasing for the upcoming release on May 10 with Vernon’s trailer. Following Vernon, trailers of Jeonghan, Mingyu, DK, Woozi, Jun and Dino for ‘2017 SEVENTEEN Project Chapter1. Alone’ have been released.