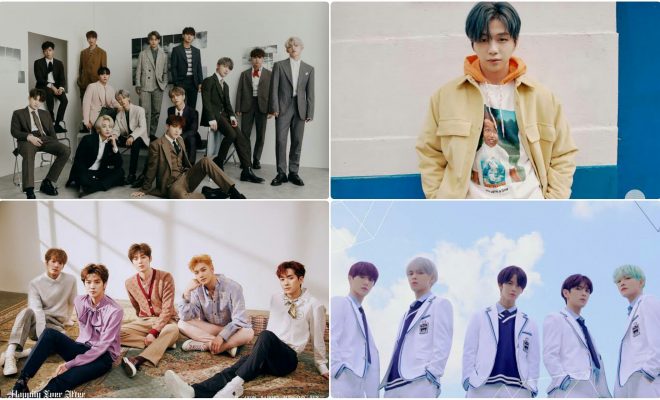 Fitting to the event’s title, the upcoming online showcase from Pepsi will be loaded with K-Pop’s leading stars for its lineup!

The 2020 Pepsi Online Showcase: For the Love of Korea will be held on June 27—and it will put the word “stellar” to shame with its loaded lineup of performers. 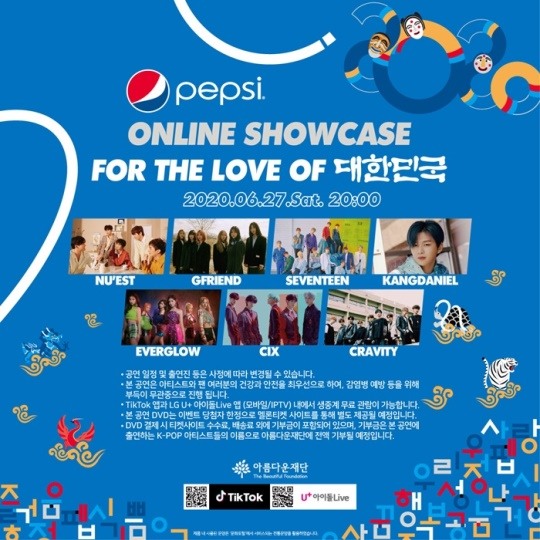 The beverage brand sets to dominate the local pop music scene with its upcoming online concert which will contain powerful showcases from some of K-Pop’s top stars.

Leading the concert’s rich performances are the hip and refreshing stages from Kang Daniel, who recently worked with Pepsi for his collaboration song with Zico titled “Refresh”.

NU’EST, who is rising in the scene with the recognition of both their skills and visuals, will also be joined by their labelmates SEVENTEEN, who has been steadily growing both domestically and internationally due to their wide musical spectrum, in the performer lineup.

Bringing girl power to the stage are GFRIEND, who is best known for their unrivaled stage presence, as well as EVERGLOW, who is branded as a “monster rookie” and has been drawing much attention since their debut with their powerful and charismatic performances.

CIX, who has been noted for his flawless group dance and outstanding live performance, will also bring their amazing talents on stage.

Lastly, 2020’s super rookies CRAVITY, who had mesmerized fans with their musical colours, will be completing the stage lineup as well.

Meanwhile, 2020 Pepsi Online Showcase: For the Love of Korea will be broadcast on the TikTok app and the LG U+ Idol Live app. It will start at 8 PM KST on June 27.

After the showcase, the beverage company also plans to produce a limited edition DVD featuring stage videos and provide customers with opportunities to purchase them through events. Moreover, the profit made from the DVD will be donated to charity under the name of the K-Pop groups in its lineup.

Hellokpop, as an independent Korean entertainment news website (without influence from any agency or corporation), we need your support! If you have enjoyed our work, consider to support us with a one-time or recurring donation from as low as US$5 to keep our site going! Donate securely below via Stripe, Paypal, Apple Pay or Google Wallet.
FacebookTwitter
SubscribeGoogleWhatsappPinterestDiggRedditStumbleuponVkWeiboPocketTumblrMailMeneameOdnoklassniki
Related ItemscixCRAVITYEverglowGFRIENDKang DanielNU'ESTSeventeen
← Previous Story Park Ji Hoon To Star In New Romance Drama With Lee Ruby And The Boyz’ Younghoon
Next Story → SHINee’s Taemin Gears Up For A Solo Comeback In July