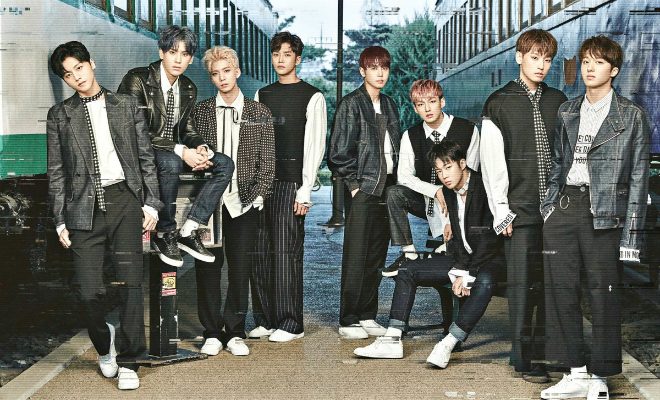 Mark your calendars for SF9!

Korean boy group SF9 is set to cause sensation in Asia for its upcoming fan meeting tour in the region. Inseong, Youngbin, Jaeyoon, Dawon, Zuho, Rowoon, Taeyang, Hwiyoung and Chani are slated to visit five Asian cities beginning this June.

The nine-member group will kick off its ‘2017 SF9 [BE MY FANTASY] ASIA FAN MEETING TOUR’ in Bangkok on June 16. They will next visit the Philippines on June 18, followed by Singapore on June 30. They will also perform in Taipei and Hong Kong on July 9 and 16 respectively.

SF9 expressed delight and excitement in finally meeting their international fans in a greeting video for the upcoming event. The fan meeting tour will mark the group’s first Asian tour. More details on the tour will be announced soon.

SF9 was known as NEOZ Dance prior to its debut. It then adopted its current name, which is short for “Sensational Feeling 9” in August 2016. They debuted in October 2016 under FNC Entertainment. They are FNC’s first dance boy group, who won against NEOZ Band in survival show d.o.b (dance or band). The group marked its entrance to the music industry with its first single album ‘Feeling Sensation’ and its title track Fanfare.

The ‘2017 SF9 [BE MY FANTASY] ASIA FAN MEETING TOUR’ is brought to fans by FNC Entertainment and IME Asia. Visit the official Facebook page of IME Asia for upcoming announcements and information regarding the tour.