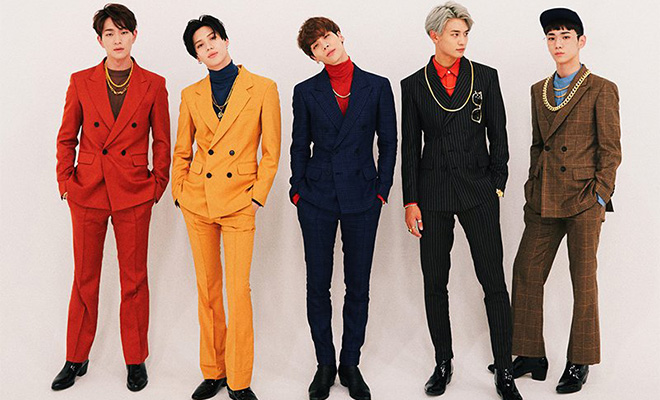 On January 31, SubKulture Entertainment officially released the concert details of SHINee‘s upcoming tour in the US. 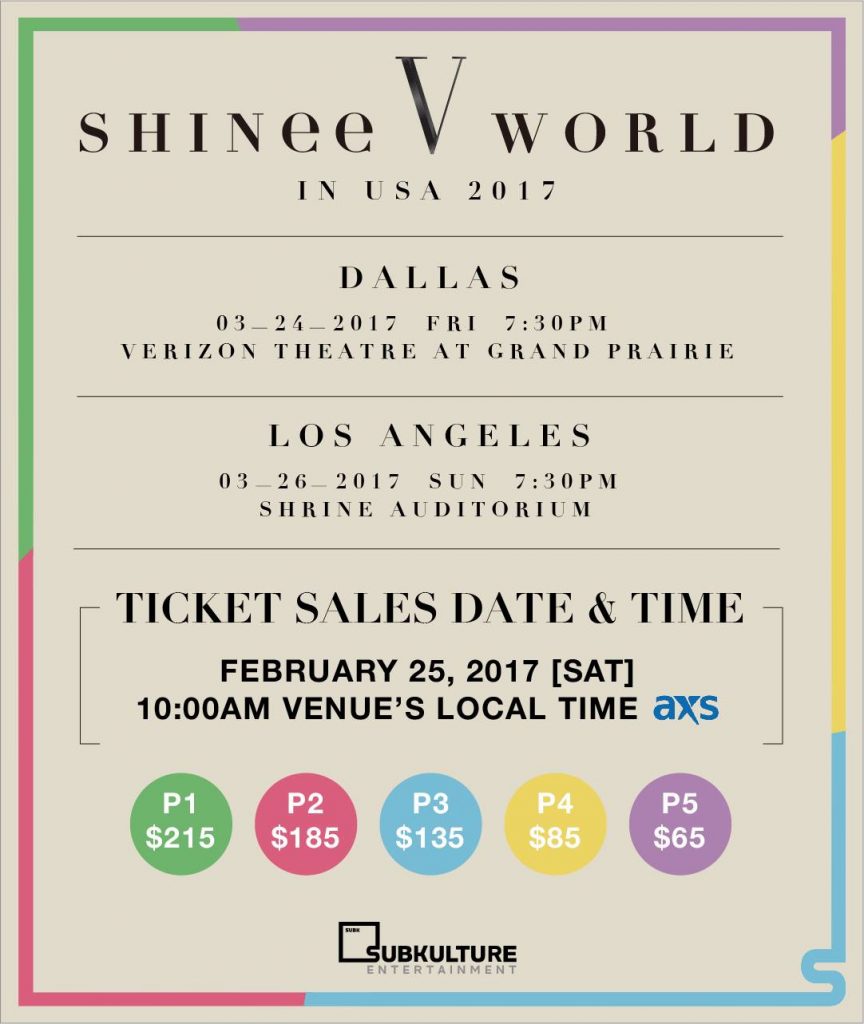 According to the post, the concert will take place in Verizon Theatre at Grand Prairie, Dallas as well as in Shrine Auditorium, Los Angeles on March 24 and 26 respectively. Furthermore, the prices of tickets are also published, ranging from $65 to $215.

Ticket selling will start on February 25, Saturday at 10 AM (Venue’s Local Time). Meanwhile, the seating charts and the ticket links are yet to be announced.