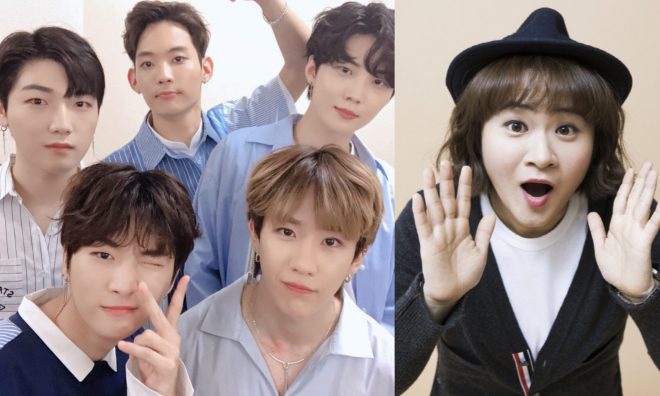 More details have been revealed for MBC Music’s Show Champion in Manila!

The highly anticipated return of MBC Music’s Show Champion in Manila is now in full blast as the complete artist lineup, seat plan, ticket prices, and ticket pre-selling details have been revealed.

All Access Production has confirmed the addition of South Korean boy group XENO-T as one of the K-Pop acts who will headline the concert, joining EXO, The Boyz, Weki Meki, MXM, and Hyeongseop X Euiwoong.

Returning to host the program this year is comedian and MC, Kim Shin Young, who also hosted the 2016 Show Champion in Manila with Super Junior’s Kim Heechul. 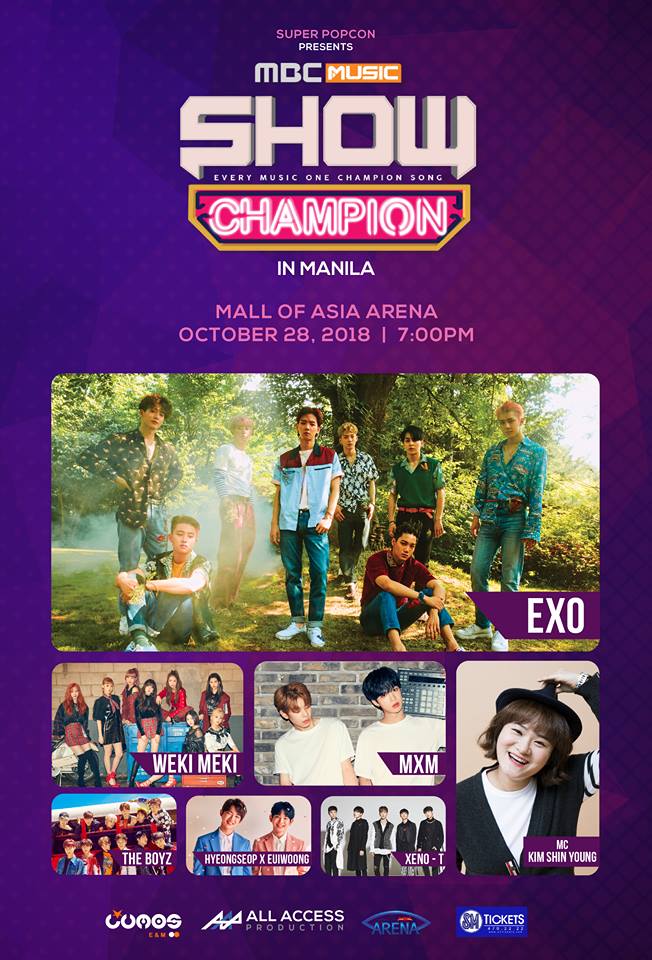 Happening on October 28 at the SM Mall of Asia Arena, the hype is on for the concert which will see the return of top boy group EXO and Kim Shin Young in the Philippines. It will also mark the first performances of The Boyz, Weki Meki, MXM, Hyeongseop X Euiwoong, and XENO-T in Manila. 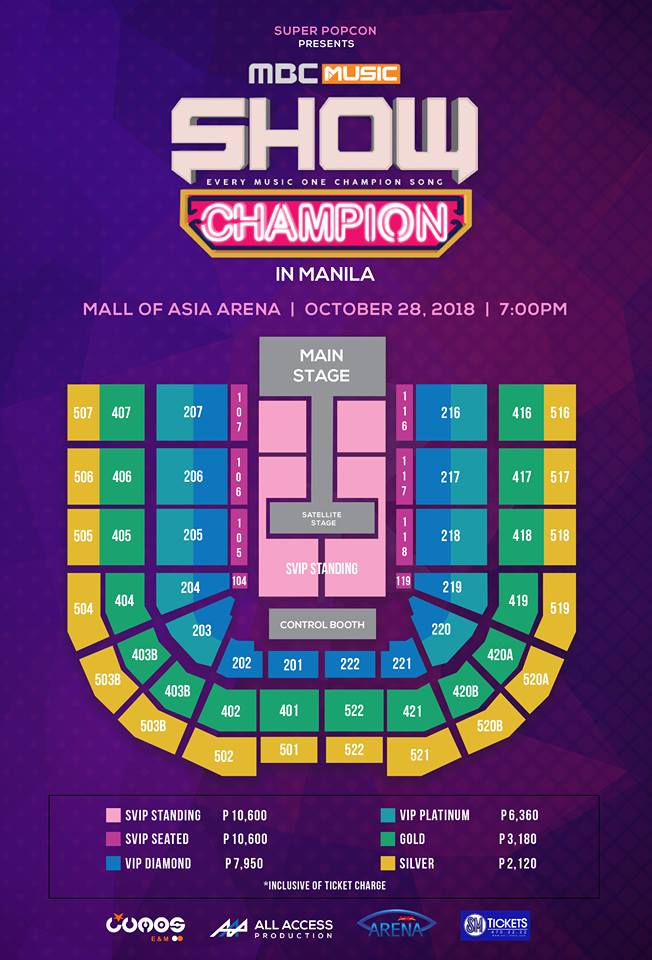 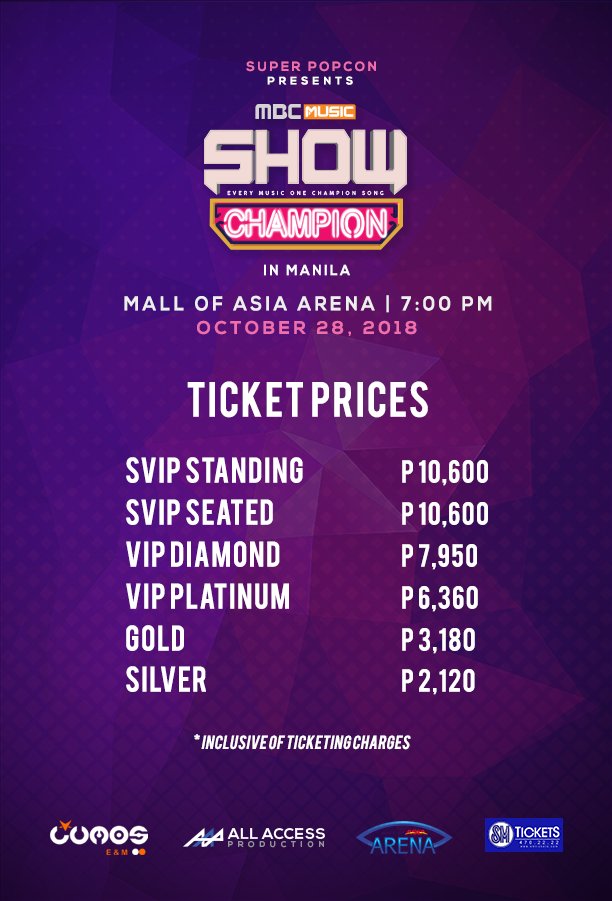 Additionally, tickets will be available for pre-sale on September 16 at the SM North Edsa Skydome. Queuing for buyers of SVIP and VIP ticket categories will start as early as 7 a.m.  Selling will then commence at 10 a.m. Meanwhile, those intending to secure Gold and Silver tickets may queue as early as 12 noon for the 1 p.m. selling. 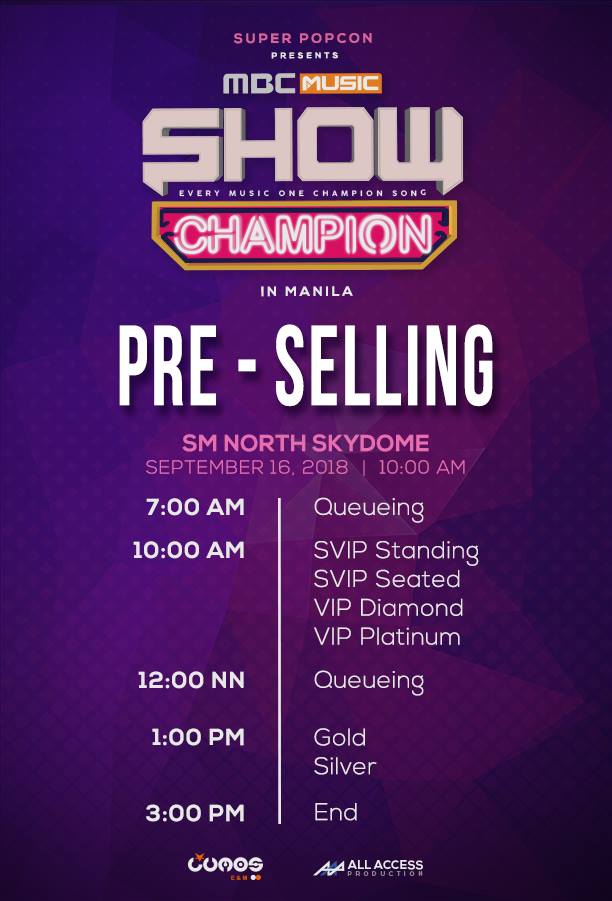 Hellokpop, as an independent Korean entertainment news website (without influence from any agency or corporation), we need your support! If you have enjoyed our work, consider to support us with a one-time or recurring donation from as low as US$5 to keep our site going! Donate securely below via Stripe, Paypal, Apple Pay or Google Wallet.
FacebookTwitter
SubscribeGoogleWhatsappPinterestDiggRedditStumbleuponVkWeiboPocketTumblrMailMeneameOdnoklassniki
Related ItemsEXOHyeongseop x EuiwoongKim Shin YoungMXMShow Champion In ManilaThe BoyzWeki MekiXENO-T
← Previous Story 13 Moments We Can’t Wait To See At SEVENTEEN’s “Ideal Cut” In Manila
Next Story → U-KISS Concludes Japan Tour Amid Fans’ Loud Cheers & Hot Reactions