Thought that all the December concerts are already announced? Nope, because Simply K-Pop just unveiled its own Year-End Special and is inviting you to join!

Another treat is being thrown at K-pop fans and this one is luring with its reveals. The Simply K-Pop Year-End Special is inviting everyone to its exclusive show. 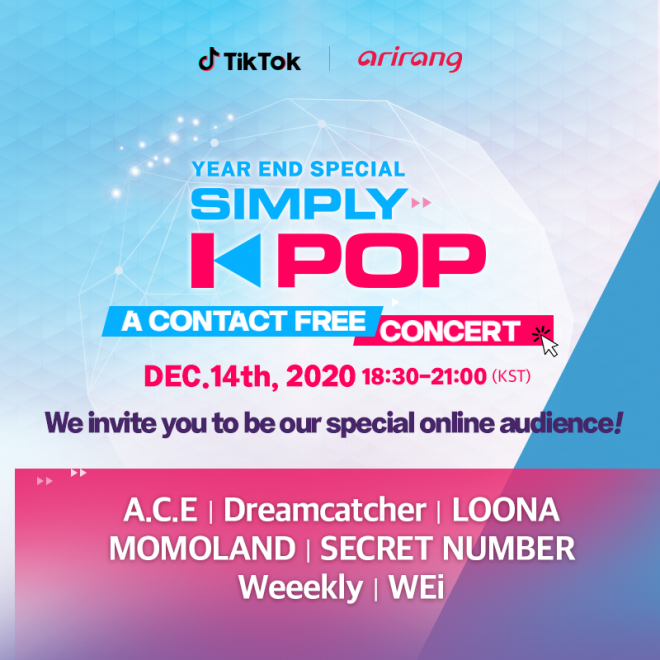 The concert will be held on December 14 as a contact-free for the safety of the staff, artists and fans. The event also revealed the idols who will be entertaining viewers on that day.

On the lineup, talented and loved A.C.E,  Dreamcatcher, LOONA and MOMOLAND are expected to make their appearances. Adding up, the stage will welcome the rookie groups Secret Number, Weeekly and WEi as well.

Please participate and show lots of interest in our special🥰!

The featured groups had made stunning comebacks and debuts this year, earning them a lot of support from the public. For the upcoming online concert, they will be all coming together to entertain K-pop fans before the year ends.

In addition, Simply K-Pop is offering the chance to fans to watch the show and talk to their favorites by applying as viewers. Applications should be sent to the official email address between December 4 and 9. In order to be considered, participants need to include their name, country and email address. The winners will be announced on December 10 and 11. For more information, check out the official social media accounts.