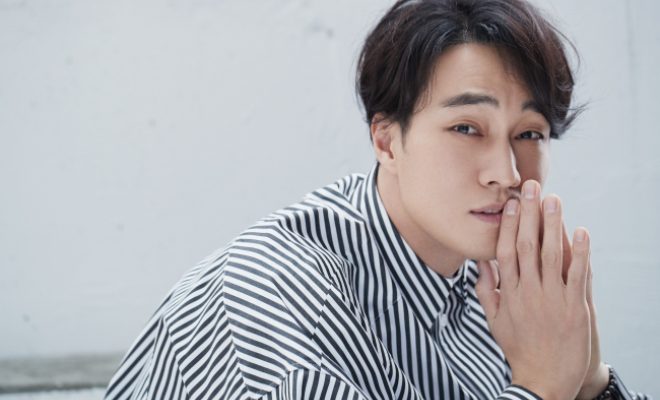 Asia, be ready to say “hello” to So Ji Sub next year!

South Korean actor So Ji Sub will reveal his sweetest secrets as he greets his fans through his Asia tour next year.

The acclaimed actor confirmed the dates and stops of his So Ji Sub “Hello,” Asia Tour which will kick off in Taipei on February 10. He will also meet his supporters in Japan through shows in Chiba on February 20 and 21 and in Kobe on February 23.

So, who recently gave life to NIS agent Kim Bon in My Secret Terrius, will bring his tour in Bangkok on March 2, in Jakarta on March 9, and in Hong Kong on March 10. He will cap it off in Manila on March 16.

More information regarding each stop will be announced in the coming days.

Hello, So Ji Sub: Meet the Actor, Rapper, And Author

So Ji Sub debuted as a model for a jeans brand in 1995 before making his acting debut the following year in the sitcom Three Guys and Three Girls as Kim Chul Soo. He followed up his first drama project with small roles until early 2000s. In 2002, the actor began to rise in popularity as Park Chul Woong SBS drama Glass Slippers.

His claim to fame is the classic melodrama, Something Happened in Bali with Jo In Sung and Ha Ji Won in 2004. That same year, his performance as Cha Moo Hyuk in I’m Sorry, I Love You was received well by viewers and critics. Following his discharge from the military, he returned on South Korean television in a role as Lee Cho In and Oh Kang Ho in top-rating series Cain and Abel.

After tugging hearts with his melodramatic roles in the past years, So Ji Sub got South Korea and the rest of the world falling in love with him when he transformed into the tsundere character Joo Joong Won in the romantic comedy Master’s Sun.

He then worked on another romantic comedy in Oh My Venus as the celebrity trainer Kim Young Ho. After taking a year break from the small screen, he made a comeback with My Secret Terrius in 2018.

Aside from his television projects, So Ji Sub also impressed with his film roles including the 2017 box-office hit The Battleship Island. In 2018, he reunited with his Delicious Proposal co-star Son Ye Jin in the romance film Be With You.

He also starred in tvN’s Little Cabin in the Woods with Park Shin Hye.

Other than acting, So has also released a book titled “So Ji Sub’s Journey” in 2010 where he shared his thoughts on various topics including his favorite number 51, his love for rainy days, and his interactions with other artists. In 2012, he published his second book “Only You with So Ji Sub”. He also launched a magazine titled SONICe in 2012.

Additionally, the actor, who is a self-professed lover of hip-hop, has released two tracks namely “Lonely Life” and “Foolish Love” where he used the pseudonym “G” or “G-Sonic. The songs were soundtracks for his film Rough Cut and his drama Cain and Abel, respectively.

He also came out with the digital single “Pick Up Line” under his name in 2011. The following year, he unveiled his first extended play Corona Borealis.

In 2013, he came out with his second EP 6 PM… Ground. His third EP titled 18 Years was released in 2014 as a commemoration of his 18th anniversary in the industry. The next year, So Ji Sub collaborated with Soul Dive again for the single “So Ganzi”. The actor and Soul Drive first worked together in the EP 18 Years.