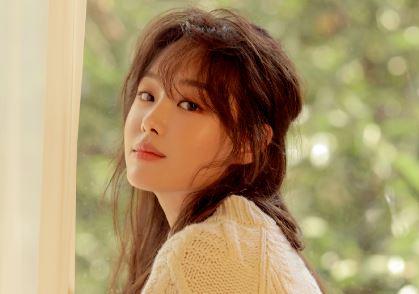 Prepare to be swept away by the stunning music stages of Song Ji Eun this November!

It’s going to be a night of soothing music and endearing conversation with the singer-actress. To be held on 7 November 2020, at 7PM KST, the global livestreaming event is available for both Philippine and international fans!

Equal parts blessed in music and acting, South Korean sweetheart, Song Ji Eun is back to meet her fans at UNTACT LIVE “BLOOM”. It is part of her autumn project preceded by the upcoming release of her single album, “Bloom,” and a Photo Exhibition.

Ticket is priced at 33,000 KRW (or 1,400 PHP) excluding ticketing charges. It may also vary depending on currency conversion of the card used.

Below are further details to guide you in your purchase. 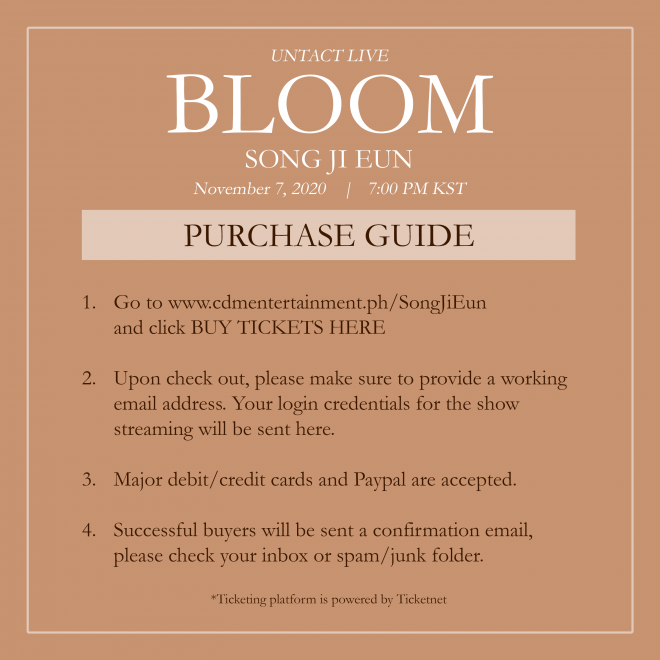 All ticket holders are entitled to extra perks prepared at UNTACT LIVE “BLOOM”.

10 lucky fans will have an opportunity to a video call with Song Ji Eun. Another 10 ticket holders will receive a video message.

Lastly, five (5) attendees can stand a chance to digital handwritten letter prepared by

Winners will be chosen from buyers worldwide except South Korea. 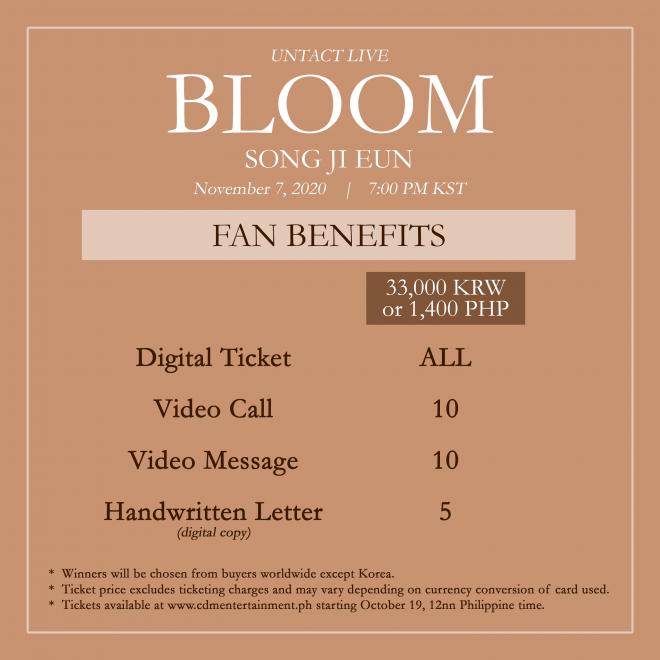 Venturing to solo projects, she has scored a long list of album releases, singles, and drama soundtracks under her belt. Her first number one single, “Going Crazy,” features then labelmate Bang Yong-guk. She has also released three EPs since 2014, the first being “25” which peaked at number 6 on the Gaon Albums Chart.

Released in July this year is her most recent mini album called Dream with the lead single “Make it Love.” Widely-acknowledged for her singing flair, it is not surprising that she has recorded 11 drama soundtracks since 2007 – a convincing nod to her in-demand singing talent.

Aside from an illustrious singing career, Ji-eun also enjoys fame in the drama industry. She started acting as early as 2010 and has booked numerous jobs since then. Her first prominent role was for the KBS drama, “Sweet Home, Sweet Honey” where she also earned a nomination for the Excellence Award for Actress in a Daily Drama at the 2016 KBS Drama Awards.

Song Ji Eun’s “UNTACT LIVE “BLOOM”” is brought to fans by Onesoulenm and IOI Holdings, in partnership with The Way Company and CDM Entertainment. 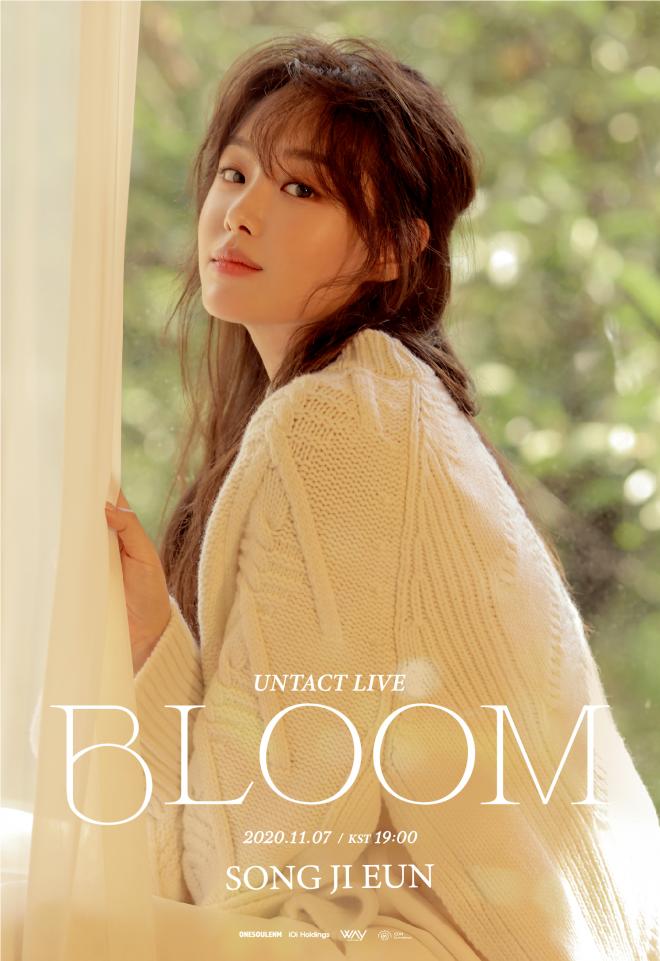