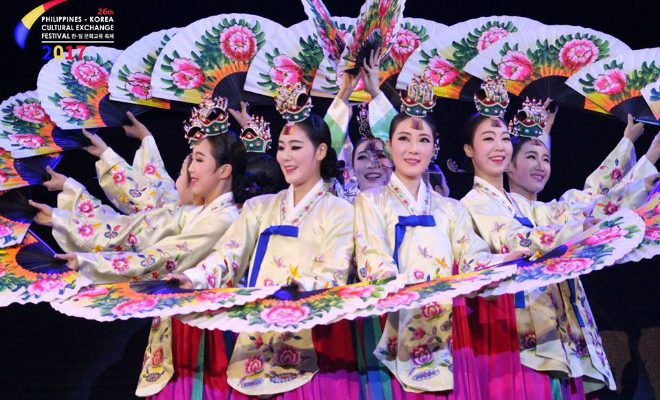 The friendship between South Korea and the Philippines is getting stronger year by year.

With the theme “Gil (Road): We go together”, South Korea and the Philippines celebrate nearly 70 years of friendship at the 26th Philippines-Korea Cultural Exchange Festival, which was held at the Aliw Theater, Pasay on September 9.

Divided into two parts, the 26th Philippines-Korea Cultural Exchange Festival gave an opportunity for Filipinos and Koreans to showcase their talents through the Annual Talent Competition. The attendees also witnessed the celebration of the almost seven decades long friendship of the two nations that have gone beyond military ties, and now strengthened by political, economic, and socio-cultural bond, aided by the Korean Wave through the Phil-Kor Concert.

The Annual Talent Competition saw 20 talented Filipino and Korean participants battle it out, and display their vocal prowess and dance moves in performances in each other’s language. 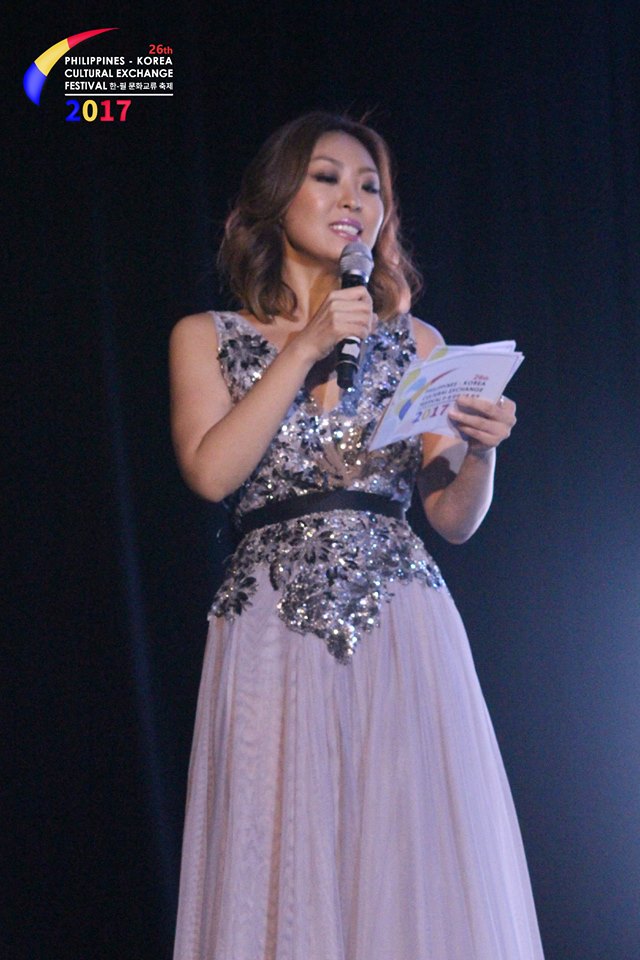 Sam Oh leads the Annual Talent Competition of the festival as its host. (Photo by Philippines-Korea Cultural Exchange Festival)

This year’s winners for the singing category were Merry Mia Sinaguinan (1st), Aaliyan Pizzara (2nd), and Andrea Fe Padilla (3rd). The dancing category winners comprised of Array (1st), Fraction (2nd), and Cainta Sejong School (3rd). Venisse Nicole Sy emerged as the overall grand prize winner for her rendition of Ailee’s I Will Go to You Like the First Snow.

The anticipated second part of the festival Phil-Kor Concert took the audiences on a journey from the first encounter up to its vision of moving forward together with the Media Performance Team. The Serotonin Performing Arts Company enticed the audience with the rhythm of their drums, while the Busan National Gugak Team graced the stage with its Korean traditional dances and fan dance collaboration, together with the local Korean Cultural Center Performing Team Nara.

Ballet Manila stunned the crowd with its graceful and elegant movements, completed with the powerful collaboration by The Serotonin Performing Arts Company.

K-pop boy group OFFROAD was also present to bring the house down with its charms and performances. 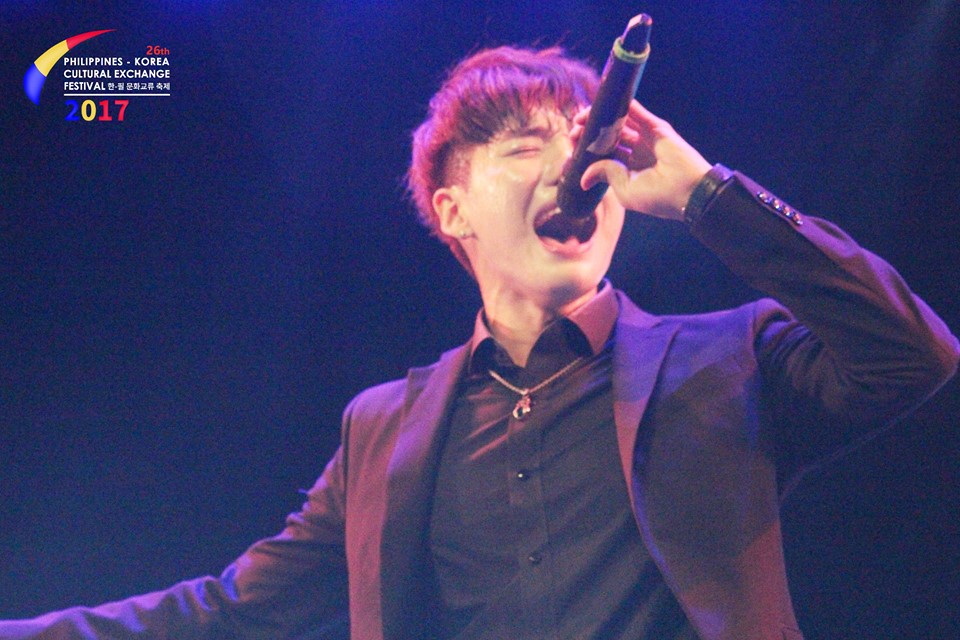 Special videos were shown, highlighting the important points from the past and the promise of nourishing the friendship between both countries in the future. Filipino and Korean personalities like Freddie Aguilar, MYX’s VJ Sunny Kim and Hanna Lee shared their thoughts and experiences of each other’s culture, representing three generations in an exclusive interview video.

The 26th Philippines-Korea Cultural Exchange Festival ended with a collaborative performance of Awitin Mo, which was sung in Filipino and in Korean, symbolizing the camaraderie between Filipinos and Koreans.

The festival aimed to learn from the past, nourish the present, and ensure the future to move forward together. Through various collaborative events, the Philippines-Korea Cultural Exchange hopes to continue bringing the two countries together towards a long-lasting friendship, and put on the best stage for the best of each country’s diverse cultures for people’s education.

The 26th Philippines-Korea Cultural Exchange Festival was made possible through the efforts of many people and organizations. The United Korean Community Association (UKCA) would like to thank all those who participated and supported the event, especially its partners: Embassy of the Republic of Korea, National Commission for Culture and the Arts, and Korean Cultural Center in the Philippines.