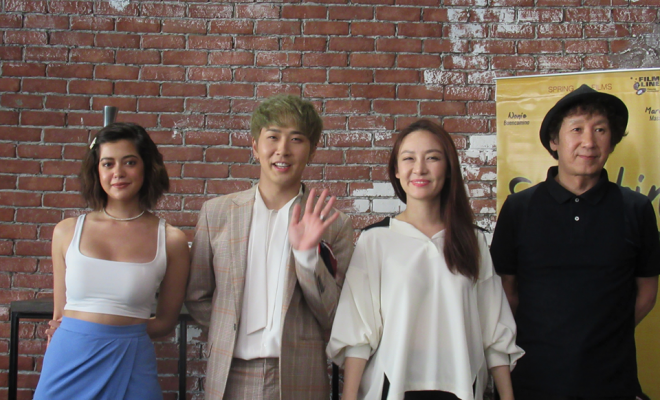 The cast and director of Sunshine Family faced the press for the first time. 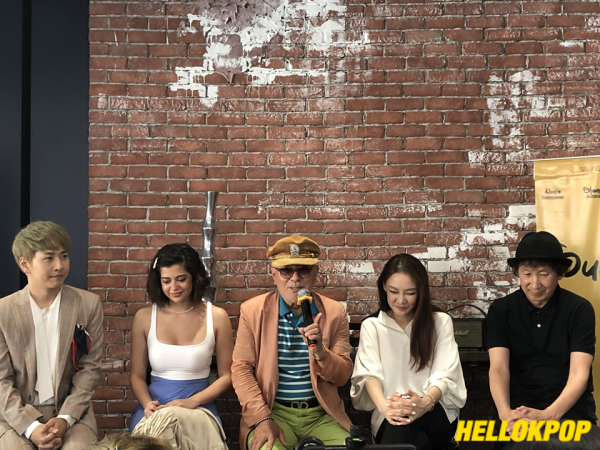 All throughout the interview, Sue Ramirez and Shinwoo brightly flashed their smiles. Shinwoo started by citing lechon as the dish he’d like to try. Additionally, he also wants to ride the jeepney. Meanwhile, Sue wanted him to try adobo and kare-kare.

READ: Here’s Why You Should Book Korean-Filipino Film “Sunshine Family” On Your Next Movie Date

Additionally, he mentioned his primary concern was the weather. Sue agreed that the cold weather was quite a challenge. But she added that it was also one of the most memorable parts of their filming. For Shinwoo, he coyly cited that their kissing scene was memorable to him. He let out a short laugh when asked why. It was apparent that Sue and Shinwoo bonded very well during filming, with Sue teaching Shinwoo some Tagalog words that he was able to use. 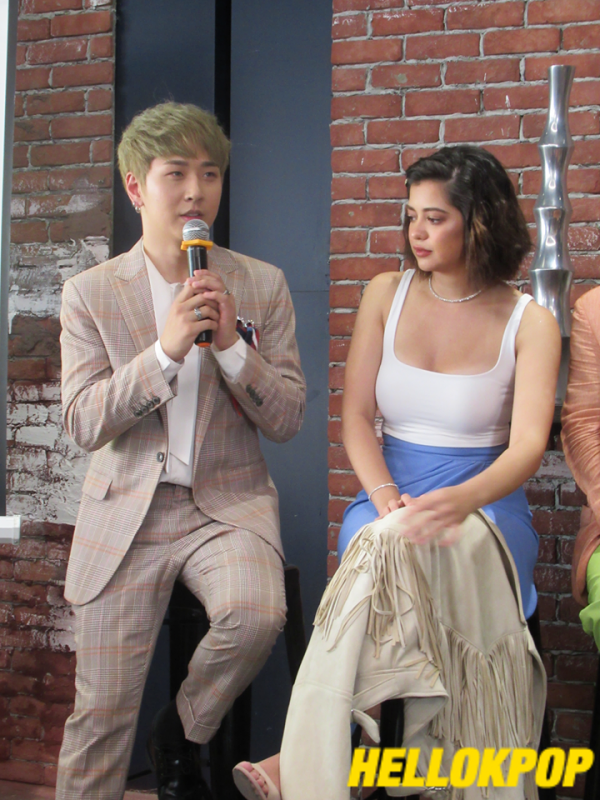 Another challenge that Director Kim realized, is that Filipinos use a lot of words in expressing themselves. Because of this, he had to adjust.  He added that he was surprised to find out that Nonie and Shamaine Buencamino are married in real life. According to him it was not intentional to cast a real-life couple since the focus of the movie was the mother. But it was an advantage since they have natural chemistry. 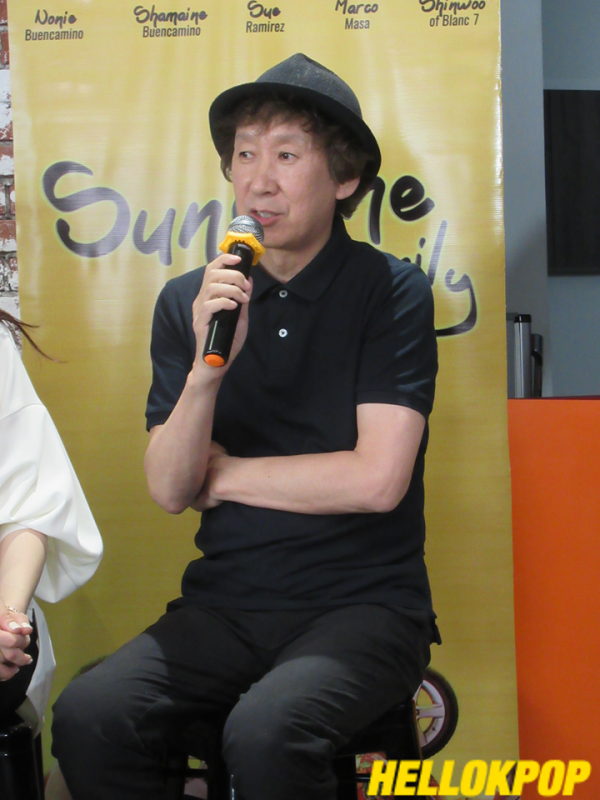 Despite the language barrier and the cultural differences, Director Kim Tai Sik said the shooting days were smooth. He also praised the Filipino cast members for memorizing their lines right away.

Korean actress Park Se Jin said she learned more about the close relationships between the members of a Filipino family through the movie. 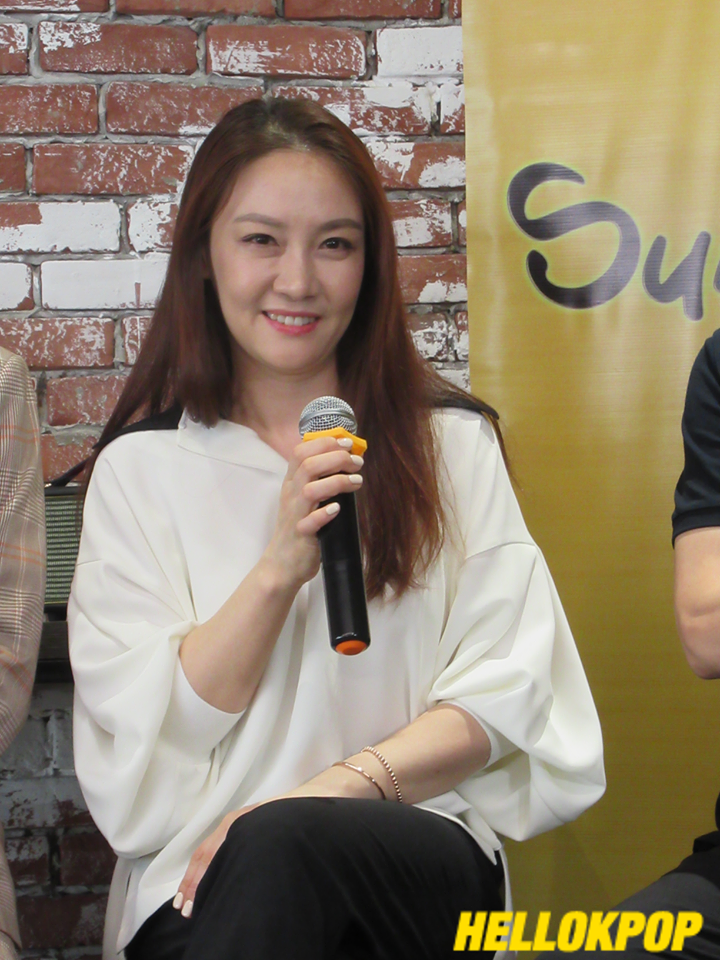 Notion about family and sharing of cultures

When asked about the concept of a family, Sue answered that family for her are people you choose. People who lift you up and are proud of you as well. She cited her friends as part of her family. Shinwoo agreed with Sue’s concept. Furthermore, Director Kim talked about his movie, saying that he wanted to tell the story of a foreign family experiencing the Korean culture. 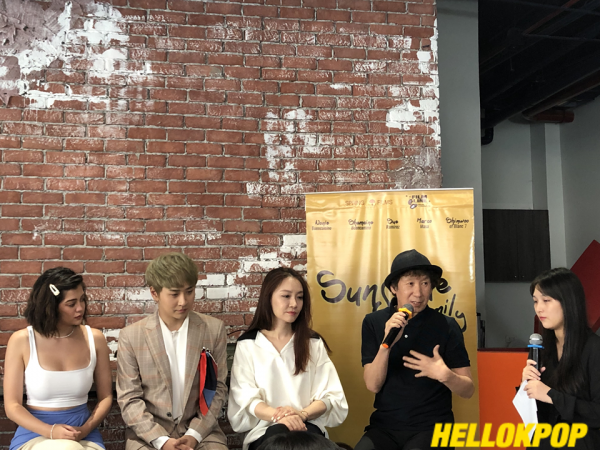 As the Korean tourism ambassador, it’s easy for Sue to promote the country because both cultures are adventurous. Filipinos love Korean culture. She thinks that Koreans will adapt well to Filipino culture since both are complex and flexible. Lastly, she was excited to share the language and food of Filipinos to her Korean co-stars. 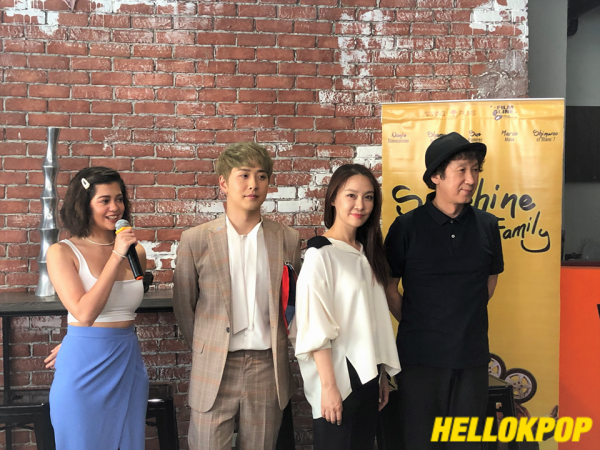 Sue ends by saying that Korea is a very beautiful country. However she said that the movie focused on the core values of a family.  Sue promises that the movie will make you laugh but will definitely impart valuable and heartwarming family values.

Hellokpop thanks Spring Films for the invitation to the press conference and the celebrity screening. Emylyn Castalla, Nicole Caluag and abbyinhallyuland covered these events.