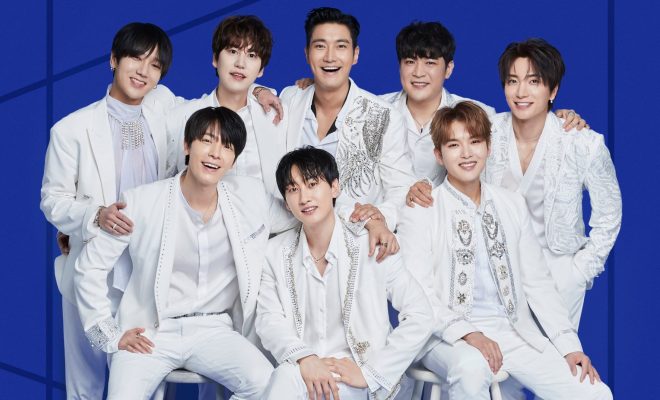 Super Junior Shows Their Unique Side During Their “Beyond LIVE” Concert

Super Junior presented a fun and unique experience during their Beyond LIVE concert.

Super Junior took their turn in performing in the Beyond LIVE concert series on May 31. Given their unique stage presence, the members brought a fun time for all the fans attending from their homes. 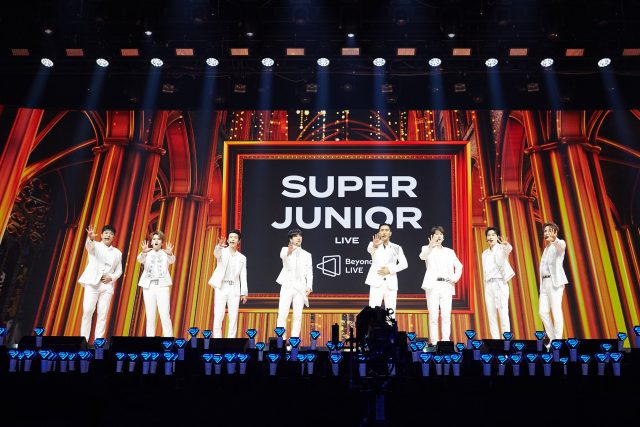 On May 31 at 3 PM KST, Super Junior’s Beyond the SUPER SHOW broadcast Live on Naver V Live. The group showed their powerful performances, attracting more then 123,000 viewers with the added various cutting-edge technologies.

By the end of the concert, the V Live broadcast reached more than 2.85 billion hearts, showing fans’ explosive love.

A fun and unique Beyond LIVE

During their concert, Super Junior performed a total of 16 tracks. That included a parade of their hit songs, including “Sorry, Sorry”, “Mr. Simple”, Sexy, Free & Single” and “MAMACITA”.

Sub-unit performances such as D&E’s “‘Bout You” and “Oppa, Oppa” as well as K.R.Y’s soon-to-be-released “Home” were also part of the highlights.

The vivid augmented reality graphics doubled the fun of the experience. Fancy chandeliers and Super Junior flags floating around accompanied during “SUPERMAN”, while an atmospheric background was prepared for “SUPER Clap”.

During the stage for “Shining Star”, the group shared their love with the fans with a Pearl Sapphire Blue “E.L.F.♥” sign.

Afterward, the group demonstrated its members’ witty conversations through the “Interactive Communication” which aimed to connect them to their fans from home. ELFs were also able to enjoy a special “Ask SuJu” corner.

In addition, subtitles in a total of 13 languages were provided for the live broadcast in order to communicate more closely with the global viewers. This included Korean, English, Chinese, Japanese, Thai, Vietnamese, Indonesian, Spanish, Arabic, French, German, Italian and Russian.

A surprise for viewers occurred in the middle of the concert. It was a “Giant Siwon” who suddenly appeared to fill the 12-meter-high concert hall.

The concert also featured a wireless-based sync-play technology for the fans’ lightsticks, allowing the devices to change colors in real time. This allowed viewers to fully dive into the charm of the Beyond LIVE.

At the end, Super Junior touched the hearts of the real-time audience by expressing their happiness of sharing this moment with fans.

They further said, “This was a unique time, being able to see each and every fan up close. We will continue being Super Junior who will try to make more good memories with you all.” 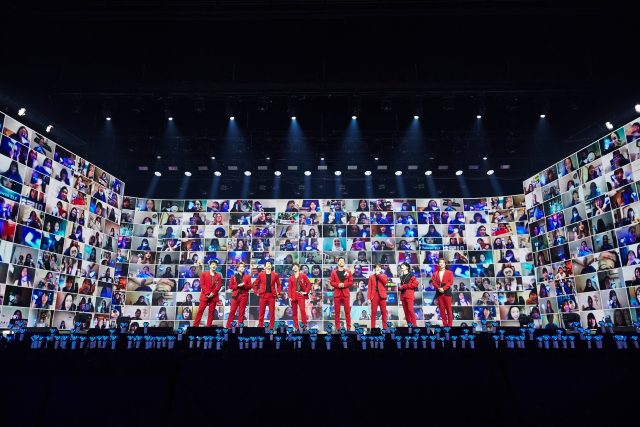 Meanwhile, Beyond LIVE is the first online-only paid concert, combining technology and performance. SM Entertainment realizes its new culture technology (CT) in the concert field. It has been receiving praise for creating a new future for digital performances.

Hellokpop, as an independent Korean entertainment news website (without influence from any agency or corporation), we need your support! If you have enjoyed our work, consider to support us with a one-time or recurring donation from as low as US$5 to keep our site going! Donate securely below via Stripe, Paypal, Apple Pay or Google Wallet.
FacebookTwitter
SubscribeGoogleWhatsappPinterestDiggRedditStumbleuponVkWeiboPocketTumblrMailMeneameOdnoklassniki
Related ItemsBeyond LiveBeyond The Super ShowSuper JuniorSuper Junior Beyond LIVE
← Previous Story [INTERVIEW] Samuel Seo Gives Insight, Perspective on “D I A L”
Next Story → Ha Sung Woon Sails With Mesmerizing Melodies In “Twilight Zone” Album Preview