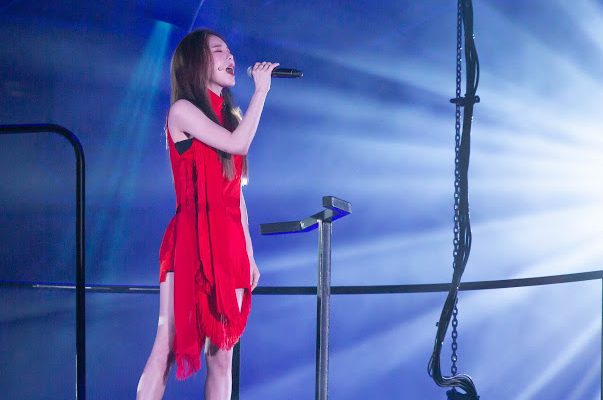 Taeyeon Pours Out Talents & Emotions At “‘s…Taeyeon Concert In Singapore”

It was the last city destination of ‘s…Taeyeon Concert, but the singer’s energy remained unstoppable!

Delighting the fans even more with superb performances, Taeyeon painted an extraordinary night of music on January 12 at The Singapore Expo Hall 1 in Singapore for the final leg of her Asian tour. 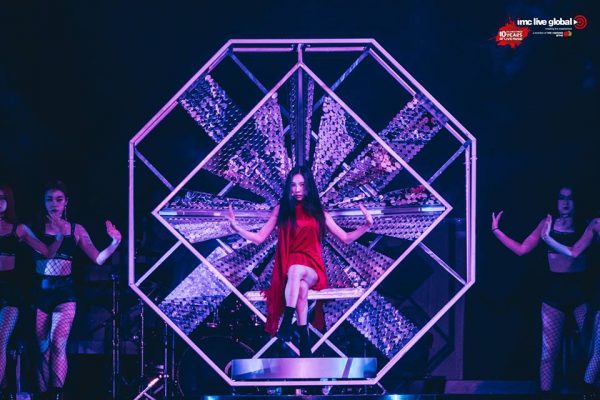 SG SONEs roaring cheers filled the Singapore Expo Hall 1, awaiting for King Taeyeon to come out on the stage for her first solo concert in the country. Reciprocating the fans’ fervor, the diva introduced herself with a standout opening.

Just like an angel sent from the heavens, Taeyeon came down from above. Clad in a fiery red dress and a veil on her head, she wowed her fans as she made her entrance with the first song of the night, “Here I Am”.

Following up her opening number, she served “I Got Love” and brought the crowd to another level of excitement by matching the song with a sultry dance number.

Proving she is “a diva to reckon”, Taeyeon glided high up on an elevated stage to perform “Fire”.

Moving on to her final song of the opening set, she charmed the audience with a soothing rhythm and dance highlight of “Something New”. 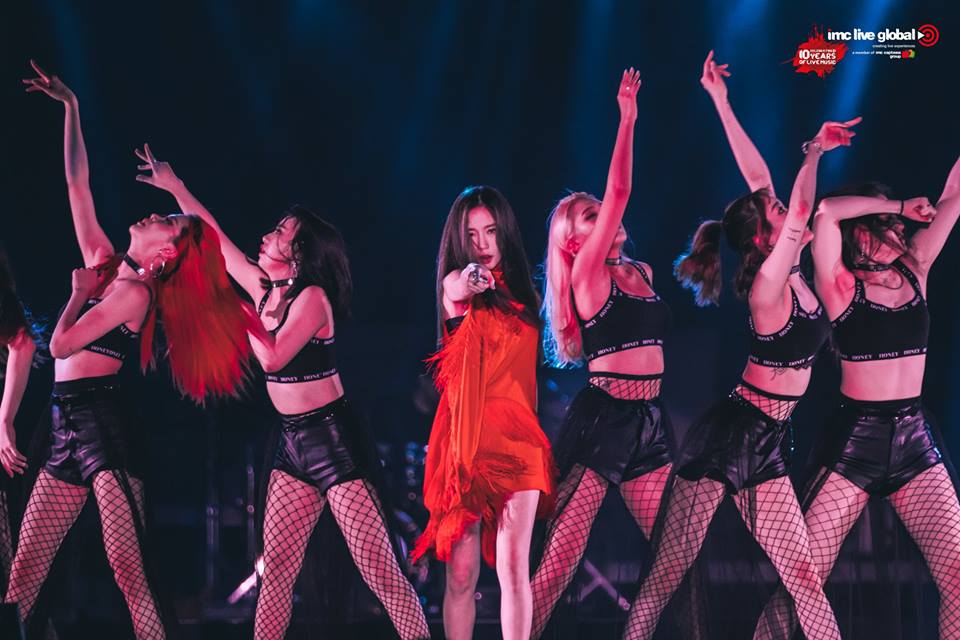 After the smashing first part of the concert, Taeyeon changed the mood of the venue to a more intimate atmosphere. She powered calming performances of cozy tracks “Do You Love Me?”(unreleased) and Rain. In addition, she also changed her outfit to a silver sparkling dress which made her look like a bright star on the platform.

In one of her ments, Taeyeon engaged with a comfy conversation with her onsite fans. She even went around to get a closer look at them. That led her to spot a unique concert-goer wearing “no-face” mask and costume. She asked if the fan doesn’t feel stuffy with the outfit which earned a unified giggles from the crowd.

She also shared how she prefers performing “Something New” in concerts as it fit in a live band. After her quick chat with the responsive audience, she went to another batch of scintillating stages with “All Night Long”, “Baram Baram Baram” and “Stay”. 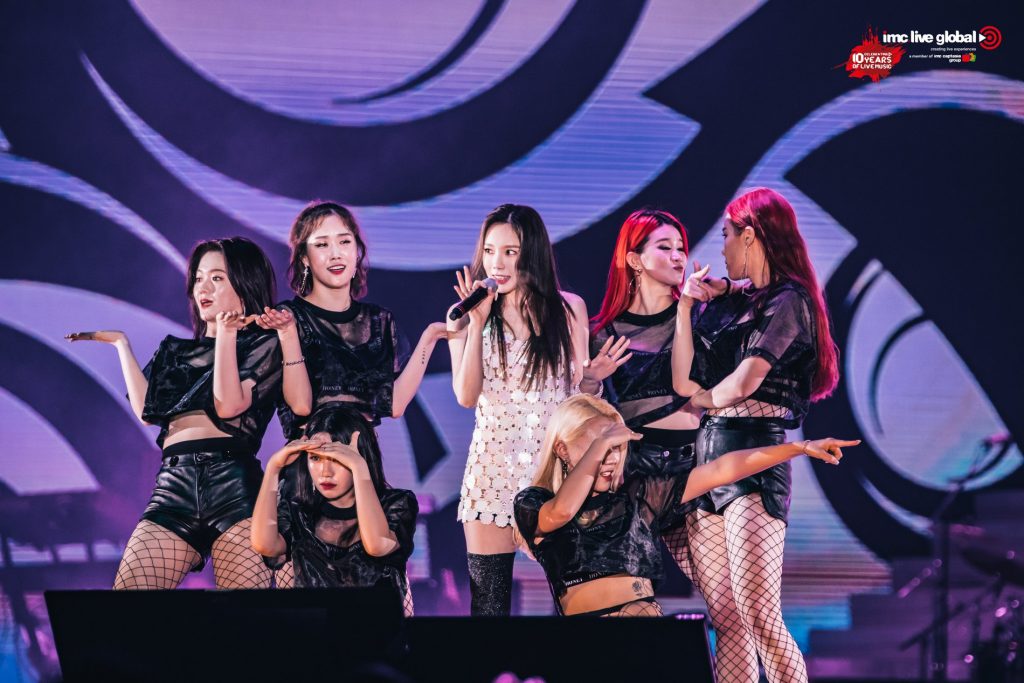 Continuing to enliven the crowd with her groovy songs, her “Holiday + Cover Up” stage made the viewers dance to their seats.

Did we say how expressive the onsite fans were? They went with a bag full of supportive fan chants while their beloved songstress hit “All Night + Fashion”. From there, Taeyeon drifted with the concert flow, ultimately mesmerizing us with her heartfelt rendition of “Why”.

After her fabulous hits, Taeyeon was back on the stage to perform her refreshing singles – “One Day”, “Gemini”, and “Secret”.

Before she begin her next song, Taeyeon made a lengthy yet filled with life lesson advice about “the past”.

She was welling up in tears when she said that the concert has come to an end.

“Today is the last concert, the concert is coming to an end. It is the concert that I  put a lot of hard work in, more than anything else. I put so much sincerity into preparing for it, so I feel a little bit sad that it’s ending.”

She added that she doesn’t like to talk about the past. “What’s past will not come back again,” she emotionally said. The talented songstress felt sad that meeting her fans for the tour series was over.

For her “Gravity” stage, Taeyeon teared up feeling the emotions of the song.

As if the night wont end, the song siren came back with an acoustic feature of her song “Fine”. She further the crowd’s immersion as she belted her high notes for “Feel So Fine” while literally soaring high on the stage.

On her encore stage, Taeyeon embellished the memorable night with tracks ” Time Lapse”, “Circus”, and her finale song  “I”. 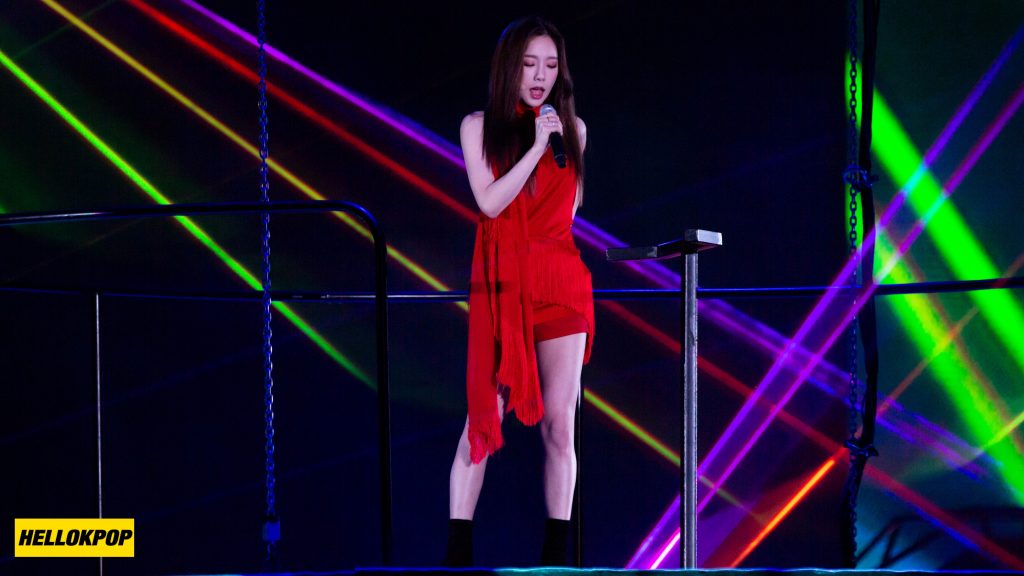 Taeyeon reigned her concert stage with tantalizing sounds magnificently delivered — and consistent to her big love for her faithful fans.

Check out some of the captured moments in the event.

Capture these amazing "performance moments" by #TAEYEON at #s_TAEYEON_CONCERTinSG.

We were literally awash by her tremendous vocal prowess last night. 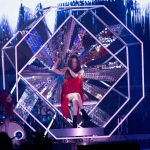 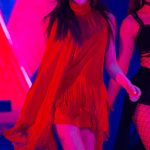 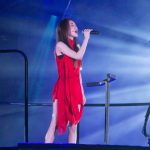 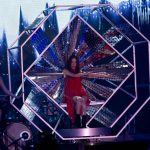 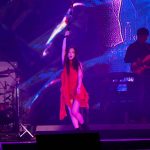 ‘s…TAEYEON CONCERT in Singapore is brought to fans by SM Entertainment and IMC Live Global.

Hellokpop extends gratitude to IMC Live Global for the invite to the event.

FacebookTwitter
SubscribeGoogleWhatsappPinterestDiggRedditStumbleuponVkWeiboPocketTumblrMailMeneameOdnoklassniki
Related Items's... taeyeon concert in singaporeTaeyeonTaeyeon in Singapore
← Previous Story Park Bo Gum Picks A “Good Day” In March 2019 To Meet His Singapore Fans
Next Story → 5 Booming Reasons Why You Should Not Miss The First Fan Meeting Of Momoland In Manila