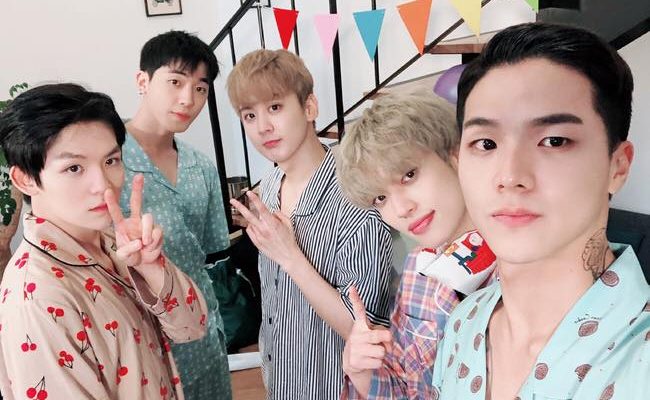 Are you ready for a night with Teen Top?

More than two years after their last US tour, Teen Top will be returning for 2018 TEEN TOP NIGHT IN USA.

As part of the recently announced United States tour, the group will be visiting 4 different cities in Texas, California, Georgia, and New Jersey. 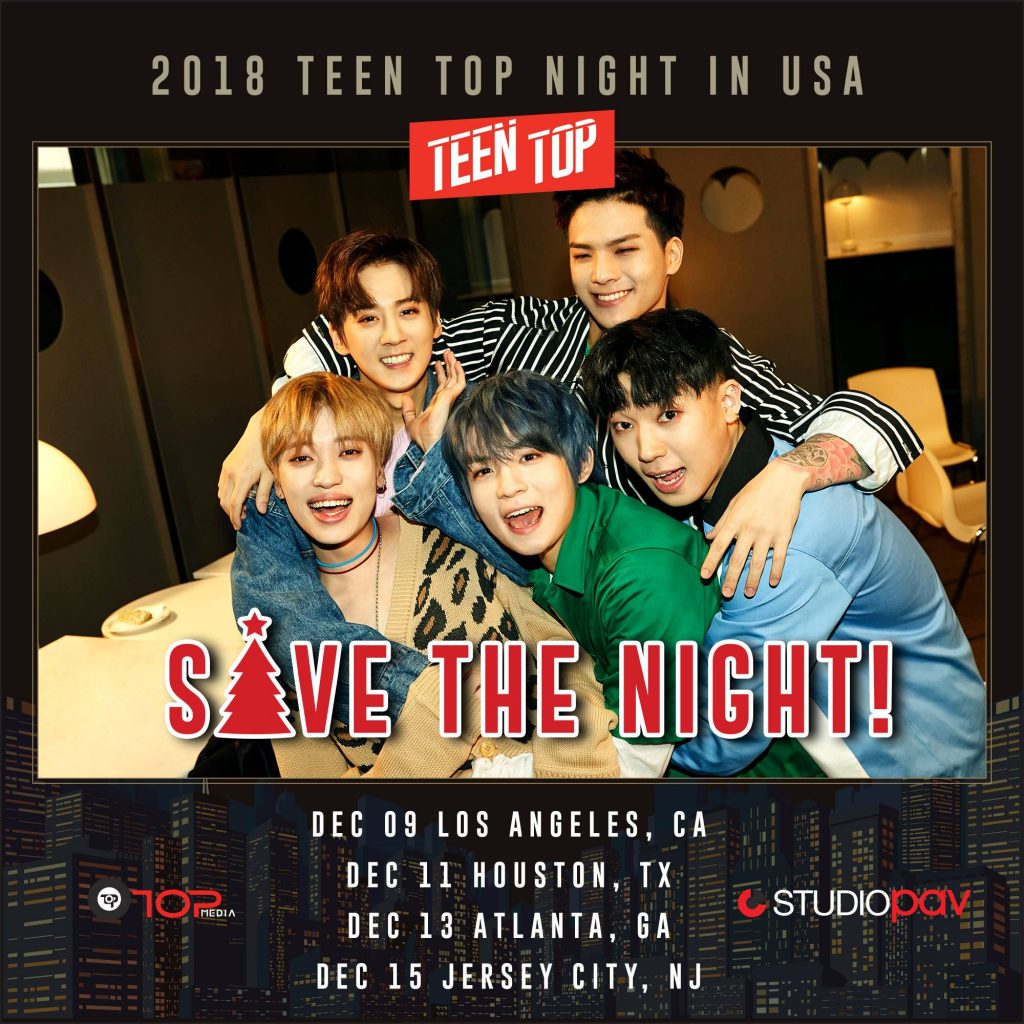 Ticket tier information has also been released. With the purchase of a VVIP and VIP tickets, fans will get a number of perks including a pre-show fansign, a free album and a group photo. 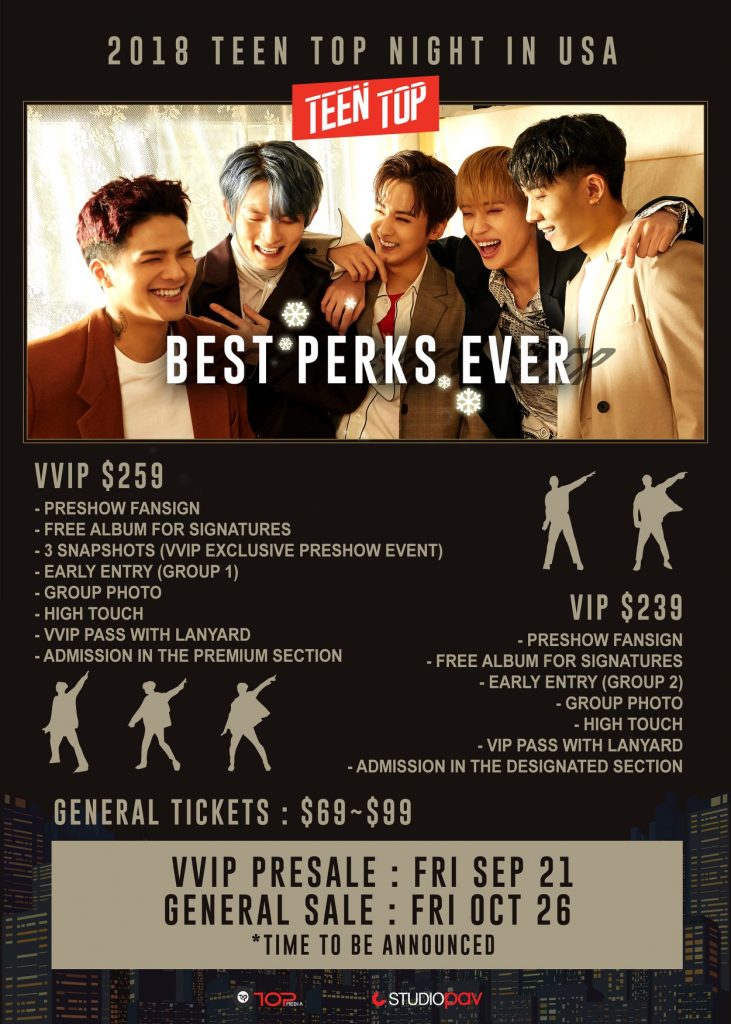 Tickets will go on sale September 21 for VVIP presale and October 26 for general admission. You will be able to purchase tickets and find more information here.

Teen Top released their eighth mini album Seoul Night on May this year. The album peaked at number 1 on South Korea’s Gaon chart and ranked 5th for the month of May.

This will be their first US appearance since member L. Joe terminated his contact with Top Media.

United Stated K-pop fans, will you be going to see Teen Top this December?

2018 TEEN TOP NIGHT IN USA is brought to fans by Studio PAV and Top Media. Follow their social media platforms for updates on the show.