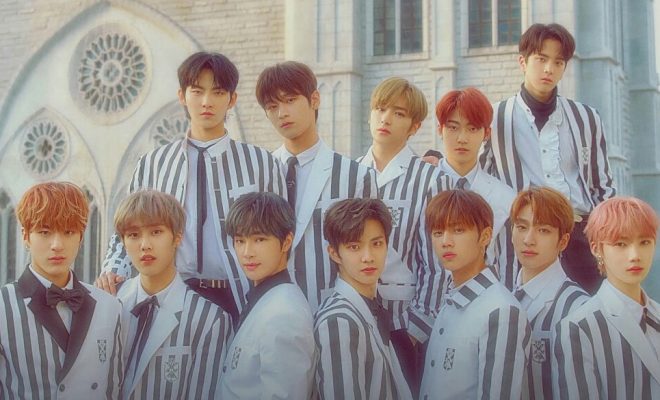 “Our eyes, our breath, and our hearts” will be with The Boyz once more as they make their way back right here in Manila!

The Boyz will be leaving their Filipino fans breathless once again as they make their anticipated return to Manila this June! 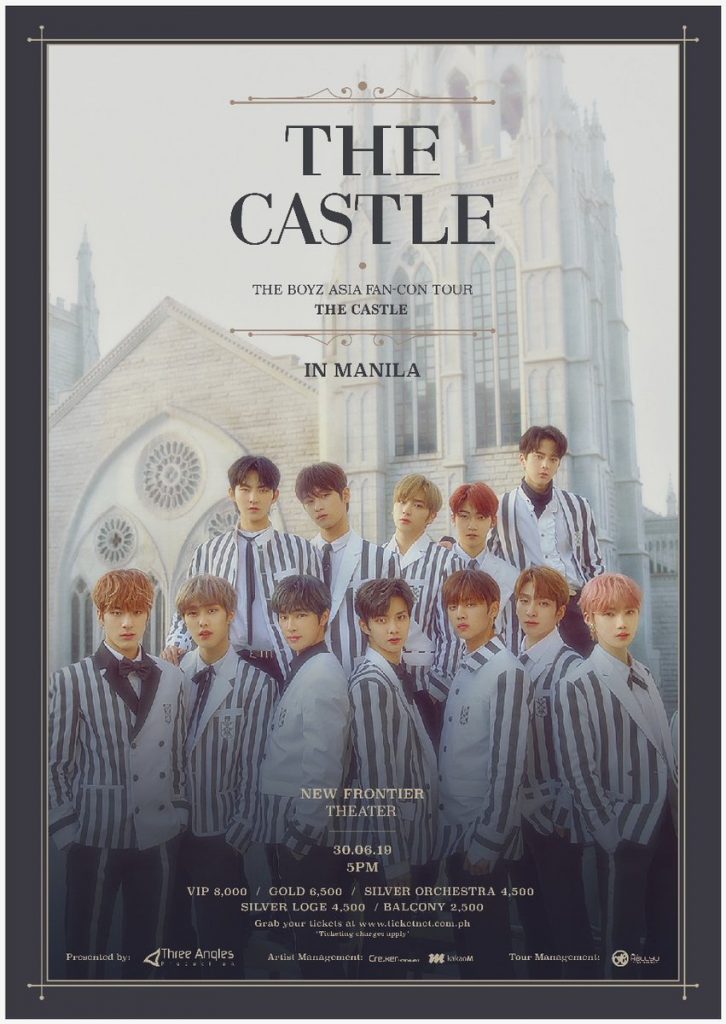 As part of their first Asia tour The Boyz Asia Fan-Con Tour [The Castle], the twelve-member boy group will be heading back to Manila. They will greet their Filipino The Bs with a night full of explosive performances that will surely leave them breathless!

After eight months since they made everyone dance to “Giddy Up”, “Boy”, and “Right Here”, the rising K-Pop boy group will be occupying the New Frontier Theatre on June 30 as a royal treat to the fans who gave them a warm welcome during their first time in the country.

Ticket prices start at 2,500 Php for the Bronze section, 4,500 Php for Silver 1 and 2, 6,500 Php for Gold, and 8,000 Php for VIP. No need to sweat out which category to pick, because all are seated sections. Additionally, everyone will receive an official tour poster and exclusive tour photocard set containing thirteen photos nonetheless! 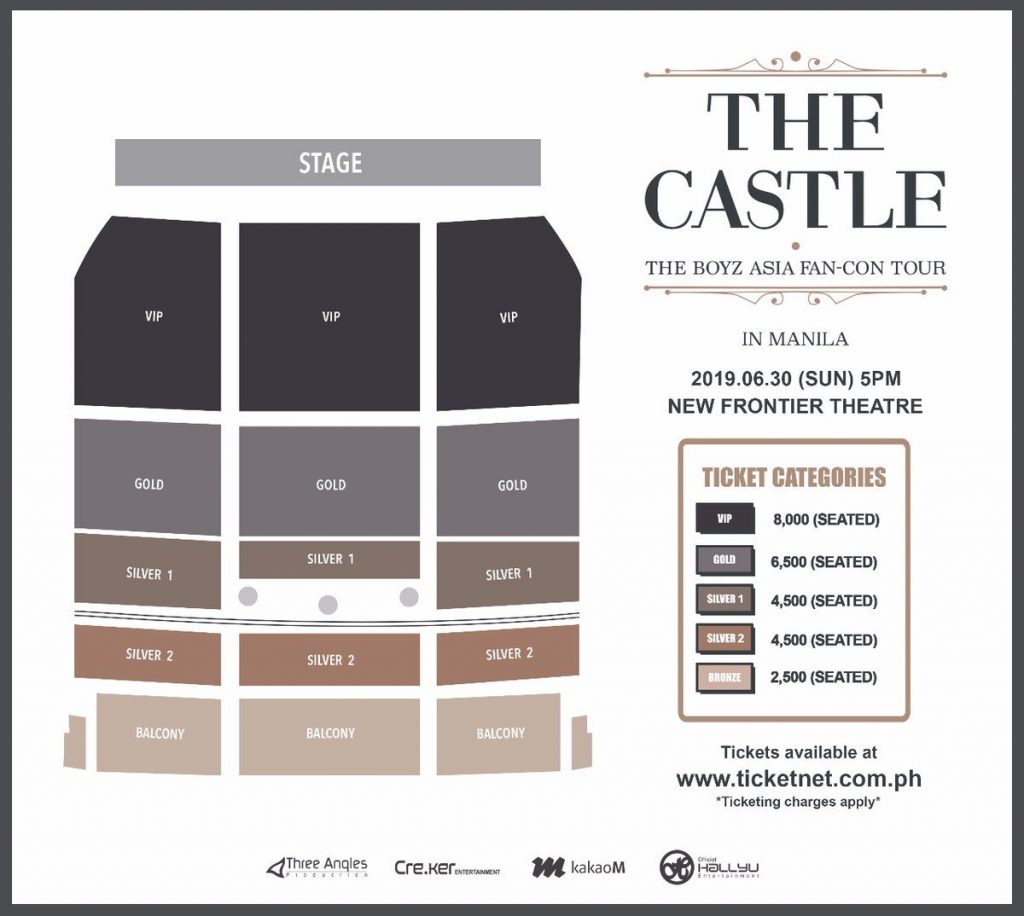 As for additional fan benefits, Silver ticket holders qualify for the lucky draw for rehearsal passes with fifty winners, signed posters with twenty winners, and signed polaroids with ten winners.

Lastly, VIP ticket holders are guaranteed to an exclusive tour T-shirt and a spot for either the hi-touch or group photo opportunities. They will also get the chance in the lucky draw for rehearsal passes with 200 winners, signed posters with 100 winners, and signed polaroids with thirty winners. 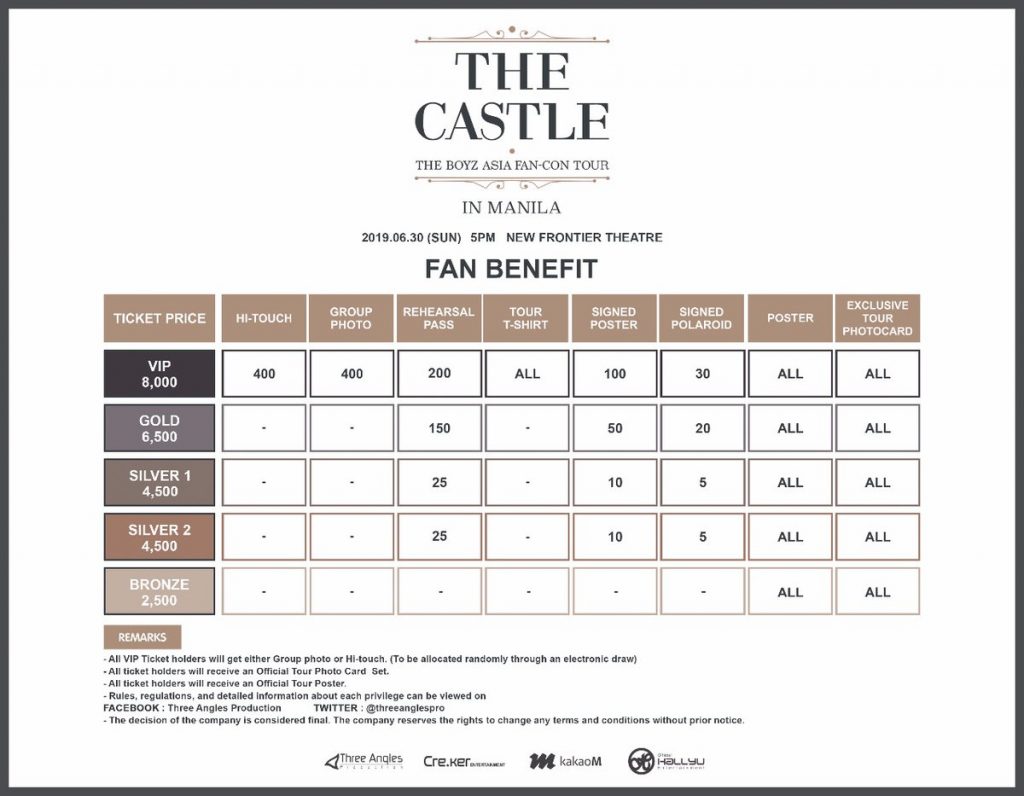 Tickets for The Boyz Asia Fan-Con Tour [The Castle] in Manila will go on sale starting March 9 at 12 PM local time via Ticketnet – so set your alarms! For future announcements about the event, make sure to follow Three Angles Production’s Facebook and Twitter accounts, as well!

The Boyz Asia Fan-Con Tour [The Castle] in Manila is presented by Cre.Ker Entertainment and Three Angles Production.