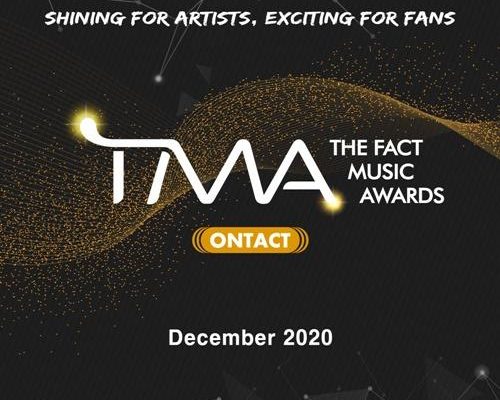 The Fact Music Awards Shifts To A Digital Festival In December

The Fact Music Awards announces its move to an online streaming event in light of COVID-19!

The organizing committee for The Fact Music Awards revealed that the award ceremony would follow the trend of other events this year, switching to a contactless route. The event will take place in December online. 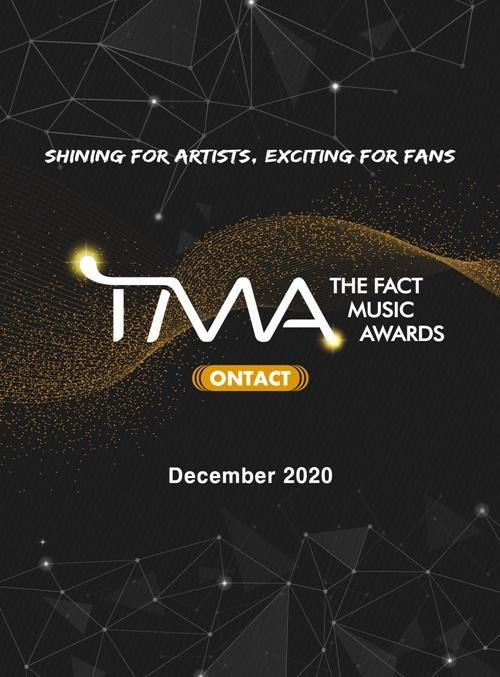 The Fact Music Awards held its first-ever ceremony in April last year, at the Namdo Gymnasium in Incheon. The K-pop ceremony made a grand impression with the spectacular stages of artists, luxurious high-quality sets, and impressive video effects.

In February, the second ceremony was scheduled as an even larger affair. The Fact Music Awards was then supposed to take place at the Gocheok Sky Dome in Seoul. However, after the outbreak of COVID-19, the event was moved online. For the upcoming event, the organizers decided to host the ceremony online once again in the best interest of fans’ and artists’ health. To do so, the staff plan to maintain the high-quality stages, while complying with government safety regulations.

For this ceremony in particular, the winners for each award are objectively considered through their music scores, sales volumes, as well as a round of rigorous judging by a selected jury. Moreover, the judges include fan support and voting participation of both domestic and overseas fans. 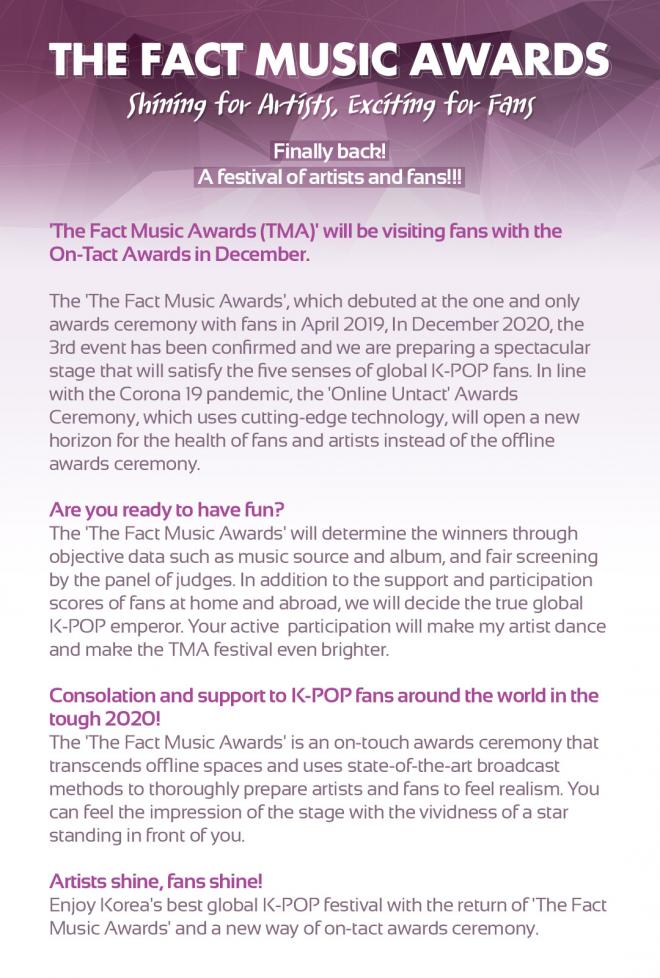 The organizers plan to select global K-pop artists who had outstanding activities this year for its lineup. Moreover, the ceremony will utilize technological features to enhance and provide a sense of reality for fans at home.

The organizers revealed, “This awards ceremony will be a new type of K-Pop festival that is different from the existing music awards ceremony, keeping pace with the trend of the On-Tact era. Of course, we are preparing a variety of events for fans. We ask for your expectation and interest.”

Further information including the artist lineup, awards for this year, and the judging criteria will unveil at a later date on the event’s official website.