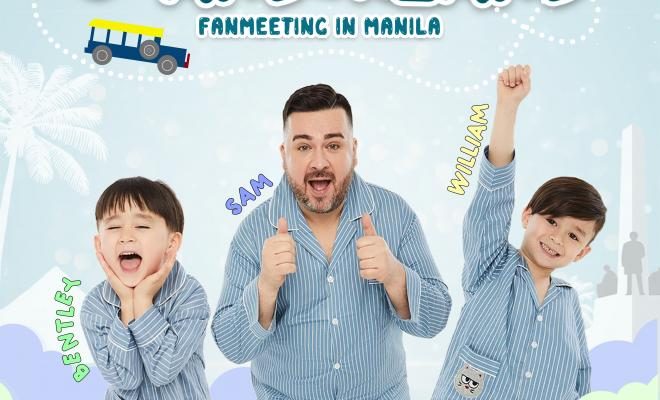 The Hammingtons Set To Meet Filipino Fans In July

Looking for a good time to have a family bonding activity? Search no further as South Korea’s cutest trio is coming to Manila!

For the first time, Sam, William, and Bentley are coming to meet Filipino fans at The Hammingtons in Juanderland: Fanmeeting in Manila. Presented by CDM Entertainment, the event is scheduled to take place on July 17, 2022, Sunday, at 3 PM at the New Frontier Theater. 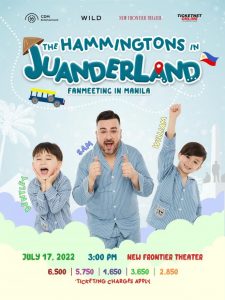 The South Korean stars rose to fame in 2016 when they joined the roster for The Return of Superman, a reality show featuring celebrity dads and their children. Initially, it was only Sam and William (now five years old) who appeared on the show. Bentley (now four years old) joined a year later after he was born.

The three quickly became fan favorites and eventually brought home the prestigious “Daesang” or grand prize at the 2018 KBS Entertainment Awards along with the other cast.

Earlier this year, the family decided to step down from the show to pursue other opportunities. One of which is Wilbengers: Suspicious Camping Commotion, an animated superhero film starring William and Bentley, together with their dad. The family also recently launched their new variety show titled The Hammingtons’ Dream Closet which airs on the ENA channel.

Outside of mainstream media, the boys are busy with their very own Youtube channel called the “THE WILLBEN SHOW,” which has now amassed more than 350,000 subscribers.

A fun-filled fanmeeting in Manila

Despite their packed schedule, The Hammingtons are excited to come to Manila. “This is an amazing opportunity and we are so looking forward to meeting our fans. The last few years have been really difficult due to restrictions but finally being able to have the chance to meet some of our international fans is so exciting,” shared Sam Hammington.

Sam is a New Zealander-Australian comedian who gained stardom in the South Korean reality television show Real Men. In 2013, he won the “Best Male Newcomer” award for his amazing performance on the show.

With only a few weeks until the event, Sam shared how the Hammingtons have begun preparation. “We are not trying to overly prepare as we want to have an authentic experience while we are there. However, we have been trying to learn some Tagalog but it is not as easy as we thought it would be.”

Sam also shared that they’re eager to try some of the delicious food recommended by the fans; most notably, “chocolate rice” or champorado in Tagalog.

When asked how the kids reacted to the news, the 44-year-old star candidly answered, “To be honest, I have told them but I don’t think they quite comprehend where we are going. They are excited to go on an airplane to another country. But when we get there I am sure they will be excited.”

As a parting message to fans, Sam had this to say: “First and foremost, thank you for supporting us in everything we do. We appreciate you all, and without you, we wouldn’t be able to do what we do. This is our opportunity to thank you in person and hope to meet as many of our fans as possible.”

The Hammingtons in Juanderland: Fanmeeting in Manila is just one of the many Asian stops lined up for the family. With WILD Group now managing their international activities, fans can look forward to seeing more of the trio in person and on various media platforms across Southeast Asia.

Tickets will be available this Saturday, June 18 via TicketNet online. Check out the seat plan and fan perks below: 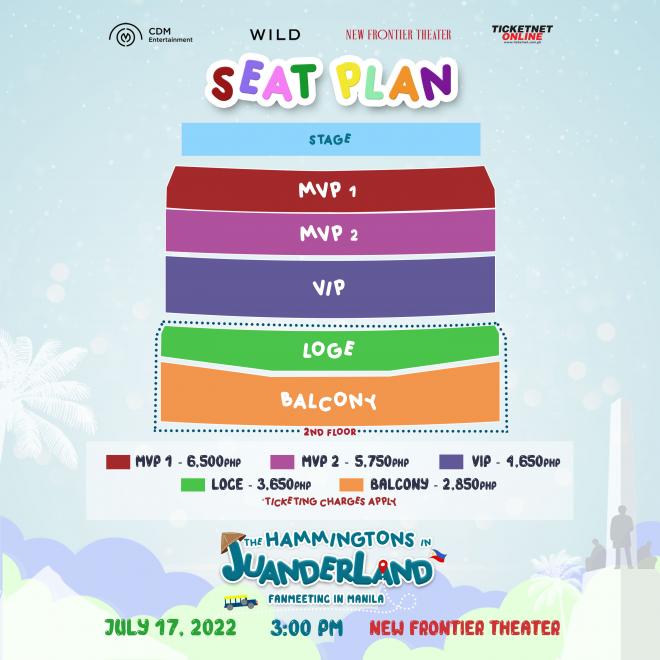 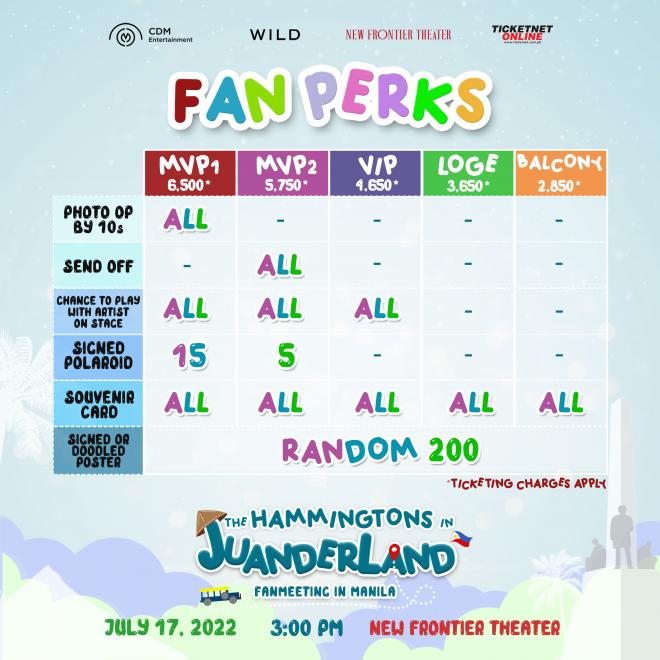