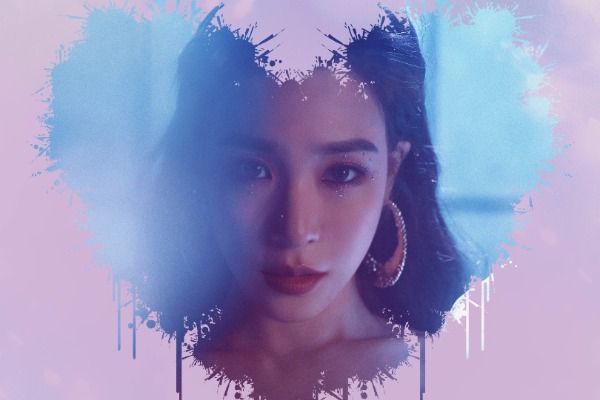 Prepare to open up your hearts PH Young Ones as your favorite Girls’ Generation member sets foot on the Philippine concert stage.

Tiffany Young is set to fire up Manila as she stages her very first solo concert in the country. Happening on January 25, 2020 at 6:30PM at the New Frontier Theater, Tiffany Young Open Hearts Eve Part Two in Manila guarantees a night of explosive performances from the artist. 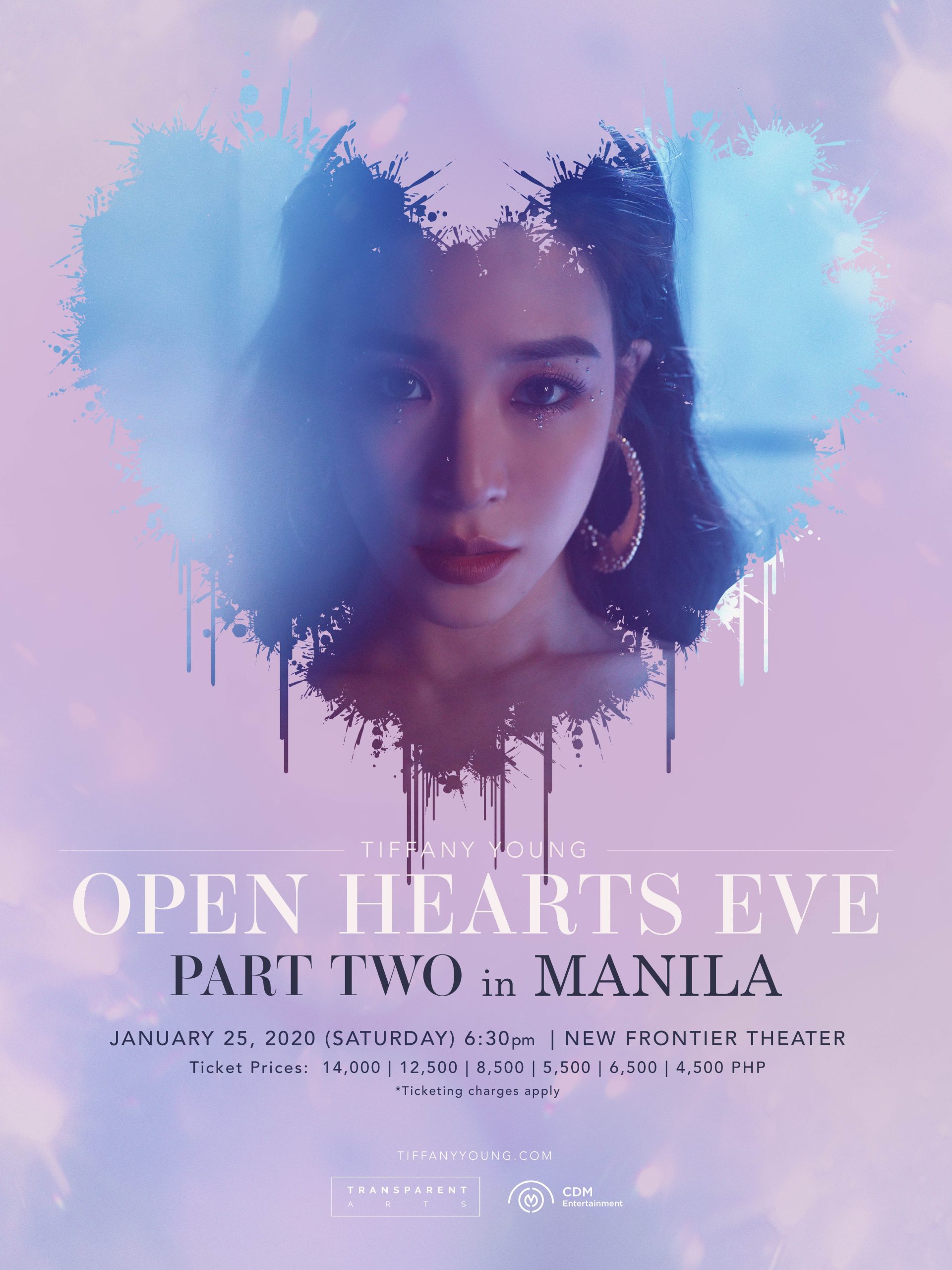 Ticketing had since begun selling on December 28, 2019 and fans can purchase through TicketNet website and branches.

Fans, who purchased MVP tickets priced at PHP 14,000, will get to participate in a Photo Op with Tiffany (Group of 10), while those who buy the MVP ticket at PHP 12,500 can get a Send Off Pass. 50 fans will also get the chance to win signed posters. 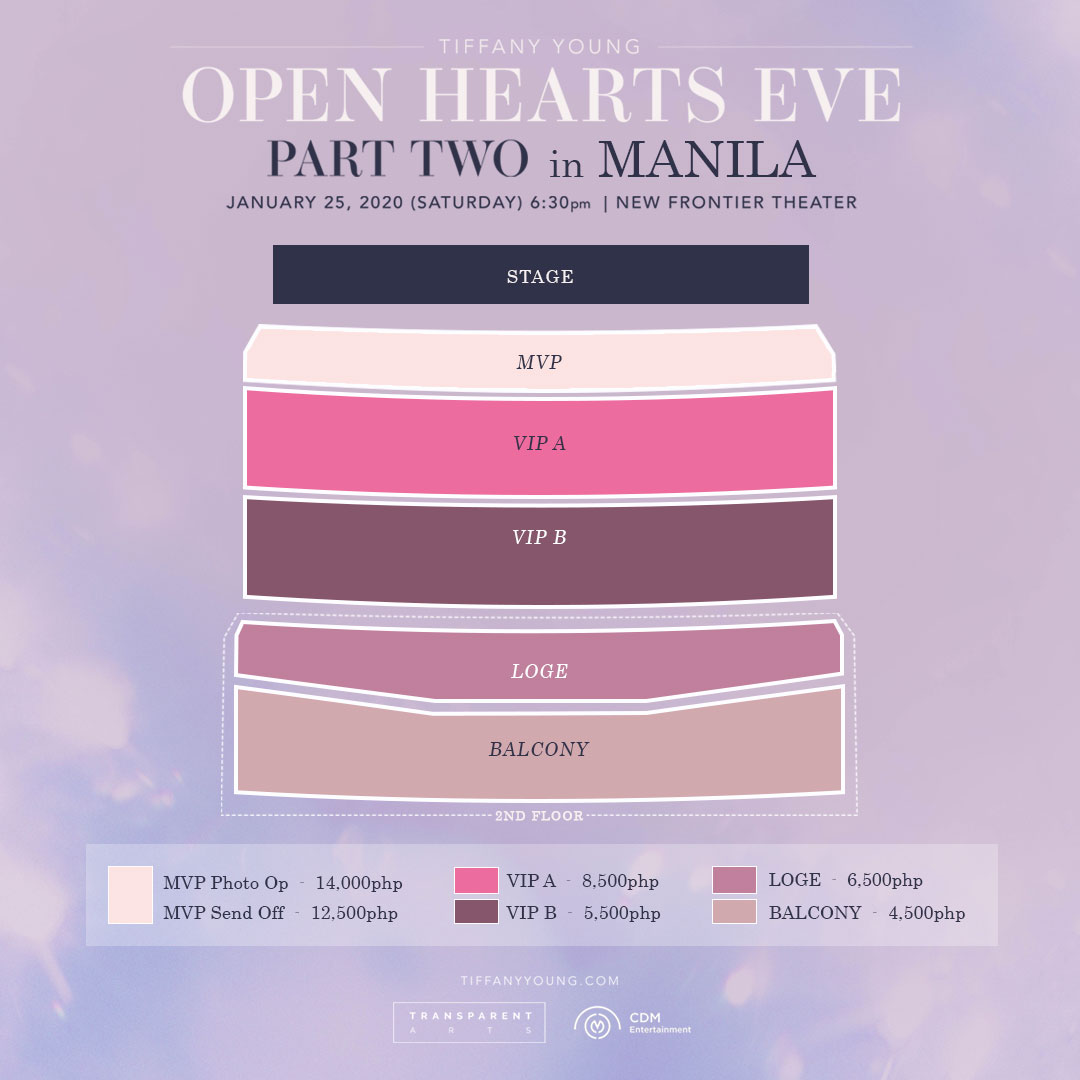 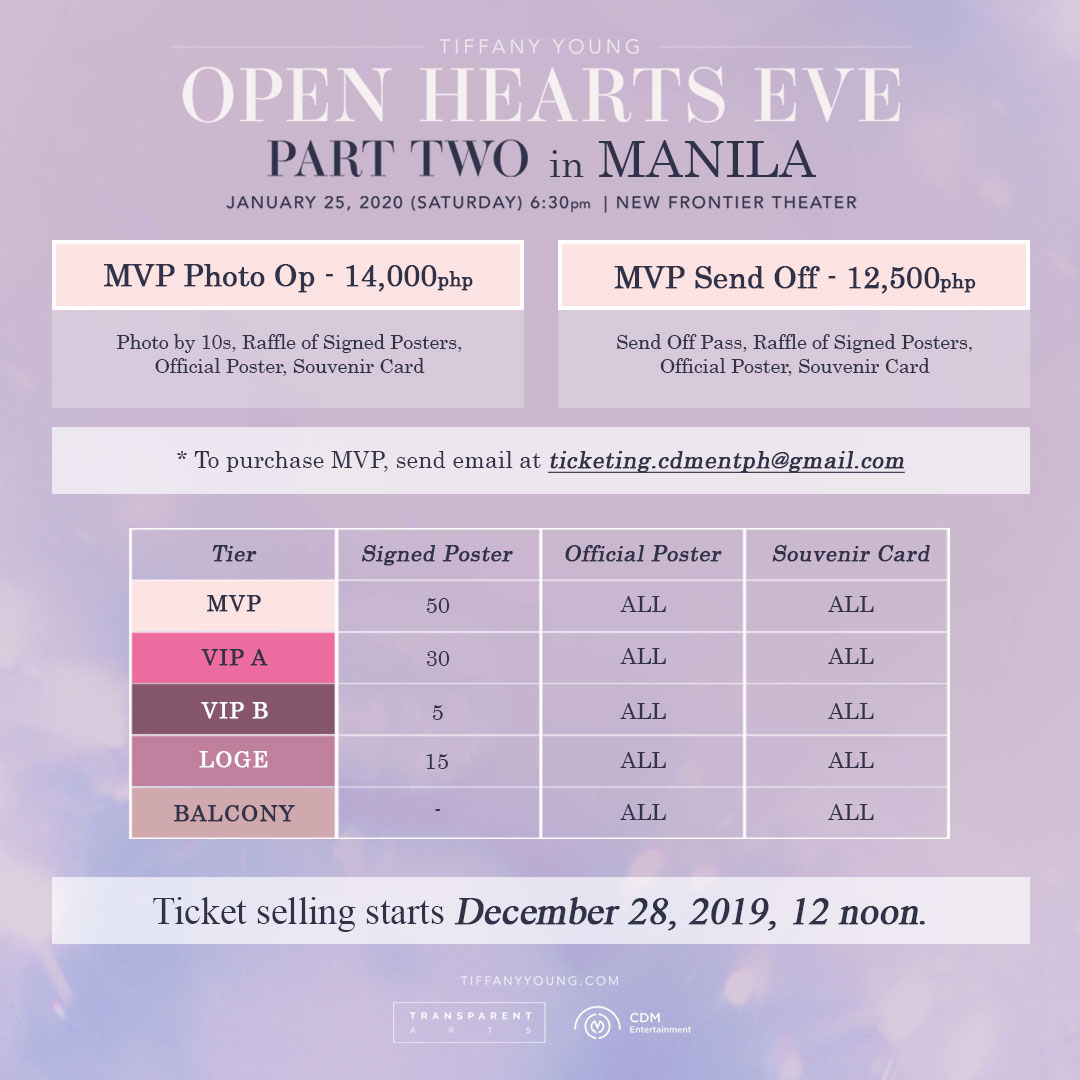 Meanwhile, 30 lucky VIP A ticket holders, 15 lucky LOGE ticket owners, and five (5) VIP B purchasers will get an opportunity to take home an autographed poster. All tiers come with souvenir cards and official show posters. Winners of the signed posters will be determined via raffle draw.

She's ice cold on an ocean of glitter but she's got a warm greeting ready for all of you. ✨Tiffany invites you to join her at the Tiffany Young 'Open Hearts Eve' Part Two in Manila. See you all on January 25, 2020 at the New Frontier Theatre!Ticket selling starts on December 28, 2019 (12NN) via www.ticketnet.com.ph or any TicketNet outlets nationwide. Who's ready to dance the night away with Tiffany?! ?‍♀️#OpenHeartsEve_MNL#TiffanyYoungInMNL

Tiffany Young debuted as a member of the eight-member girl group Girls’ Generation under SM Entertainment. After releasing hits songs such as “Genie” and “I Got a Boy” showcasing her ability as a singer, she then embarked on a solo career.

Young has proven herself a force to reckon with since her solo debut in 2016. As a solo artist, she released her first album I Just Wanna Dance. The album peaked at number 3 on the Billboard World Albums Chart.

She held an 18-city North American Tour which ran from October through November. On 11 October 2019, she released her new digital single “Run For Your Life”, and amazed worldwide fans with her EP Lips on Lips. iHeartRadio even bestowed the multi-talented Tiffany Young with the 2019 Best Solo Breakout Award.