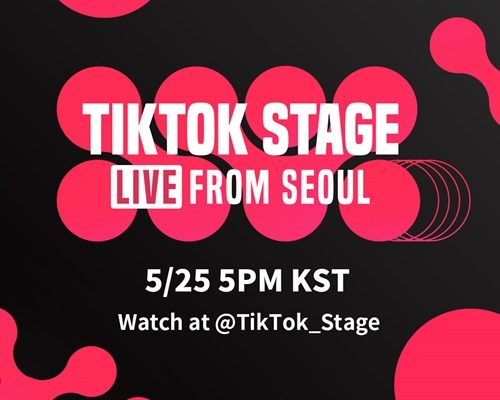 By Prerna Mistry | May 18, 2020
FacebookTwitter
SubscribeGoogleWhatsappPinterestDiggRedditStumbleuponVkWeiboPocketTumblrMailMeneameOdnoklassniki

TikTok is all geared up to host its TikTok Stage Live From Seoul, concert!

After many fiery digital K-pop concerts and amazing announcements of upcoming ones, K-pop fans across the world are in for yet another fun surprise as TikTok announced its very own online K-pop concert.

The TikTok Stage Live From Seoul concert will be part of TikTok’s Smile project #smilewithTikTok.

The K-pop concert will take place on May 25 around 5PM KST on the app. The concert will be available to stream live through the TikTok account, @TikTok_Stage.

The vibrant and creative teasers on the TikTok Stage channel on the app are sure to rouse the interest of K-pop fans despite the details of the concert being under wraps as of now.

The concert aims to allow maximum interaction from viewers into the live concert. Additionally, fans will also be able to make donations as well.

TikTok Stage Live From Seoul is a digital event which is aimed to be accessible at a global level. This will enable audiences from all over the world to be able to participate in the first vertical live concert from Korea.

The show will be quite a unique experience for fans. The event hopes to project a vivid sense of real concert experience albeit its online setting.

Particularly, the concert is designed to convey a message of hope and support to the world through music.