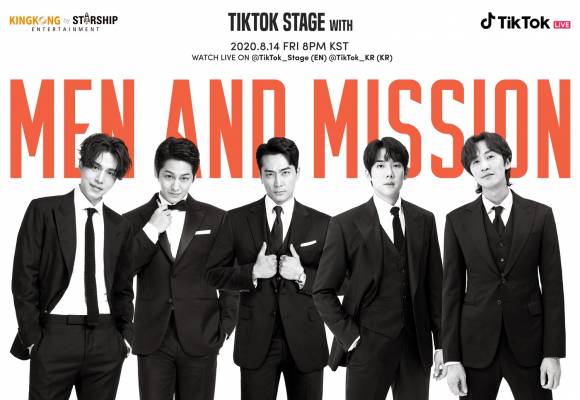 Not one, not two – but five Korean actors are prepping up to meet their adoring fans this month!

On August 3, the agency announced the aforementioned actors will greet fans via TikTok Stage. The fan meeting is designed to pay gratitude to local and overseas fans who send a lot of love and attention to their favorite actors.

“It is a difficult time to establish a place for communication with COVID-19 situation. But we hope this opportunity will give power and joy to the fans,” the agency said.

Aptly titled, Men and Mission, the approaching TikTok stage will be held on August 14 at 8:00 p.m. KST. Catering for both domestic and international audience, the ontact global fan meeting can be watched via @TikTok_KR account via TikTok app. Meanwhile, overseas audience can watch through @TikTok_Stage account

For the event, a two-way communication corner between the actors and the fans will be highlighted. Missions will be given to the actors and fulfills the wish list of fans upon success. Additionally, fans can expect special chemistry and surprise stages with rich contents.

Garbed in dapper suits, the five actors from King Kong by Starship, attract attention with their individual charms. Known for their doting attitude to their fans, they always make time to meet their fans. Notably, they also immensely received affection from domestic and global fans.

Men and Mission will be held on August 14 via TikTok Stage.