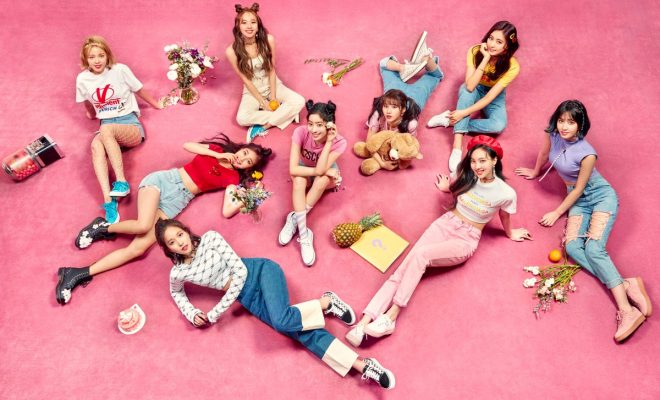 By Yann | May 3, 2018
FacebookTwitter
SubscribeGoogleWhatsappPinterestDiggRedditStumbleuponVkWeiboPocketTumblrMailMeneameOdnoklassniki

Watching TWICE perform on stage again will turn from fantasy into reality on June 17 for Singaporean fans. The girl group is heading to the Singapore Indoor Stadium as they include the country as their first Southeast Asian stop for TWICELAND Zone 2: Fantasy Park.

Jihyo, Nayeon, Jeongyeon, Momo, Sana, Mina, Dahyun, Chaeyoung, and Tzuyu will kick off their tour in Seoul with three days of shows running from May 18 to 20. Aside from Singapore and Seoul, the highly-anticipated TWICELAND Zone 2: Fantasy Park lists Japan, Malaysia, Thailand, and Indonesia as part of their itinerary too.

Singaporean ONCEs first witnessed the girls perform last April 2017 at their sold-out show at The Star Theatre. This year, they are ready to shake hearts one more time with their catchy hit songs like “Signal”, “Candy Pop”, “LIKEY”, “KNOCK KNOCK”, and recently released “What is Love?”, and ensures that fans are in for a treat with their performances. 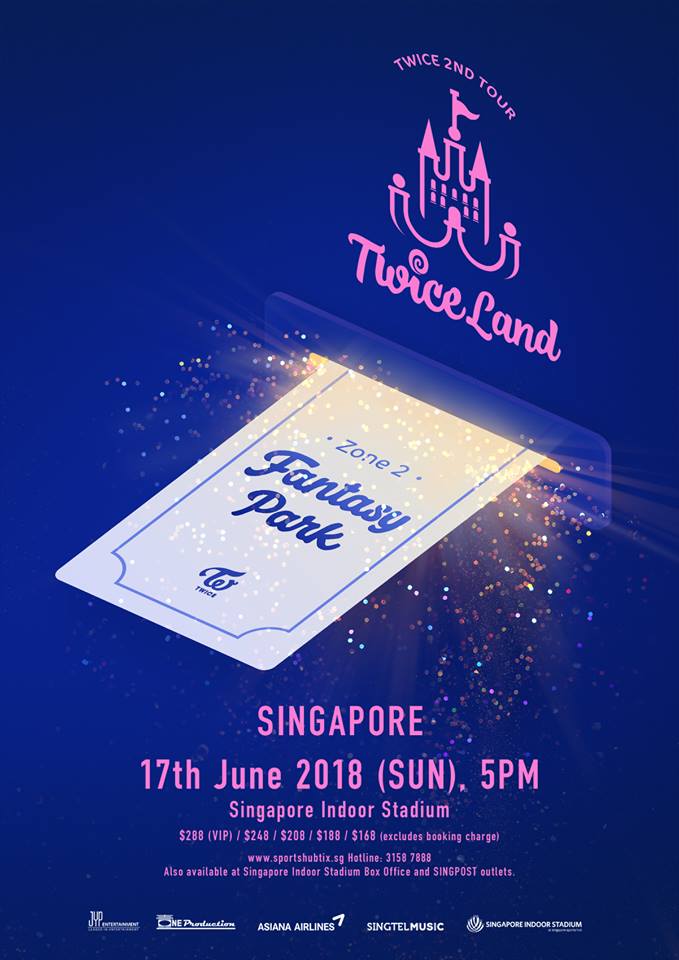 Ticket prices are listed as follows: $288 for VIP Standing and Seating, $248, $208, $188, and $168, all excluding booking charge. VIP packages will include two exclusive gifts and one lucky draw chance for a Hi-Touch Session with TWICE. All winners are to be selected randomly. More details on the VIP package will be released on ONE Production’s Facebook page a week before the event.

Tickets have gone on sale starting from April 15, and can be purchased at the Singapore Indoor Stadium Box Office and all SINGPOST outlets. Fans can also book tickets via Sports Hub Tix ticketing channels.

Earlier on, SingTel mobile customers enjoyed priority sales on April 14 and 15, and all tickets allotted for the privileged sale were already sold out.

Limited tickets are still available, so make sure to grab yours now if you haven’t yet! 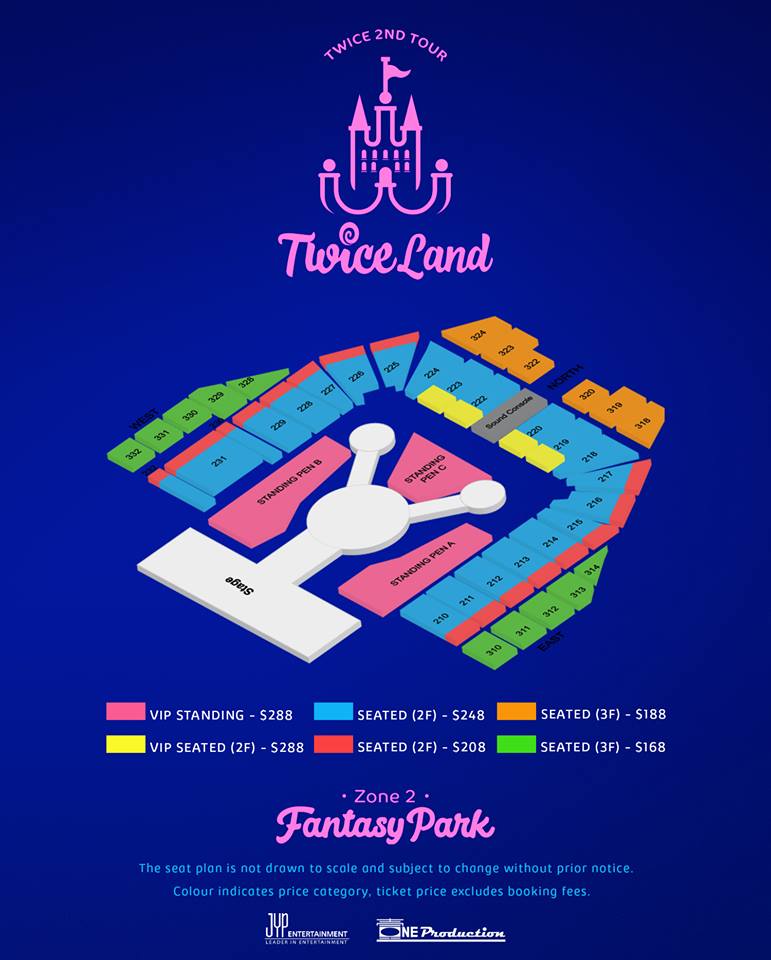 The South Korean girl group was formed through the reality show Sixteen by JYP Entertainment in 2015. Their single “Cheer Up” won the Song of the Year category at the Melon Music Awards and Mnet Asian Music Awards in 2016.

Meanwhile, the music video for their song “TT” had just reached 350 million views on YouTube as of May 2, and becomes the first K-pop girl group to do so.

TWICELAND Zone 2: Fantasy Park in Singapore is presented by ONE Production.