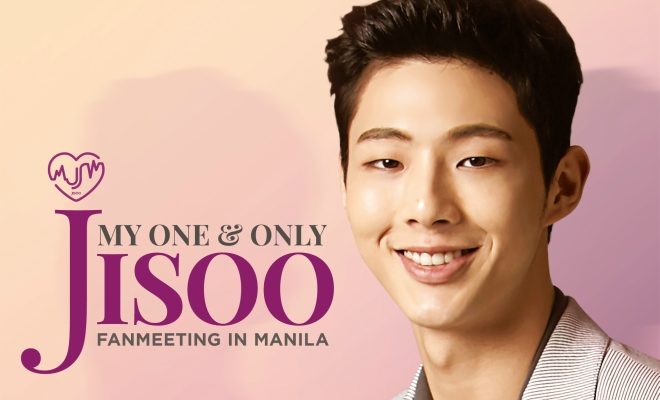 Don’t miss this! Ji Soo is coming to Manila this February!

Since his display of chemistry in Angry Mom with South Korean actress Kim Hee Sun who is 16 years his senior, we have rooted for Ji Soo to get the girl. But, dramaland was not kind to him.

His next TV project Sassy Go Go had us shedding tears for Seo Ha Joon who lost the girl (played by Jung Eun Ji) to his best friend (played by Lee Won Geun). We thought it was over and kept our fingers crossed that Scarlet Heart Ryeo will offer us a different story, but it ended with us wishing to give the warmest hug to the 24-year-old actor.

We said hello to 2017 with optimism that Strong Woman Do Bong Soon will finally be Ji Soo’s love salvation that we have been waiting for. And of course, dramaland is consistent in making sure that our hearts will break for the nth time for Ji Soo.

But this 2018, CDM Entertainment, Prain TC and Applewood is giving Philippine fans the chance to make the love month extra sweeter for the nation’s second male lead and his fans with Ji Soo, My One and Only Fan Meeting in Manila. 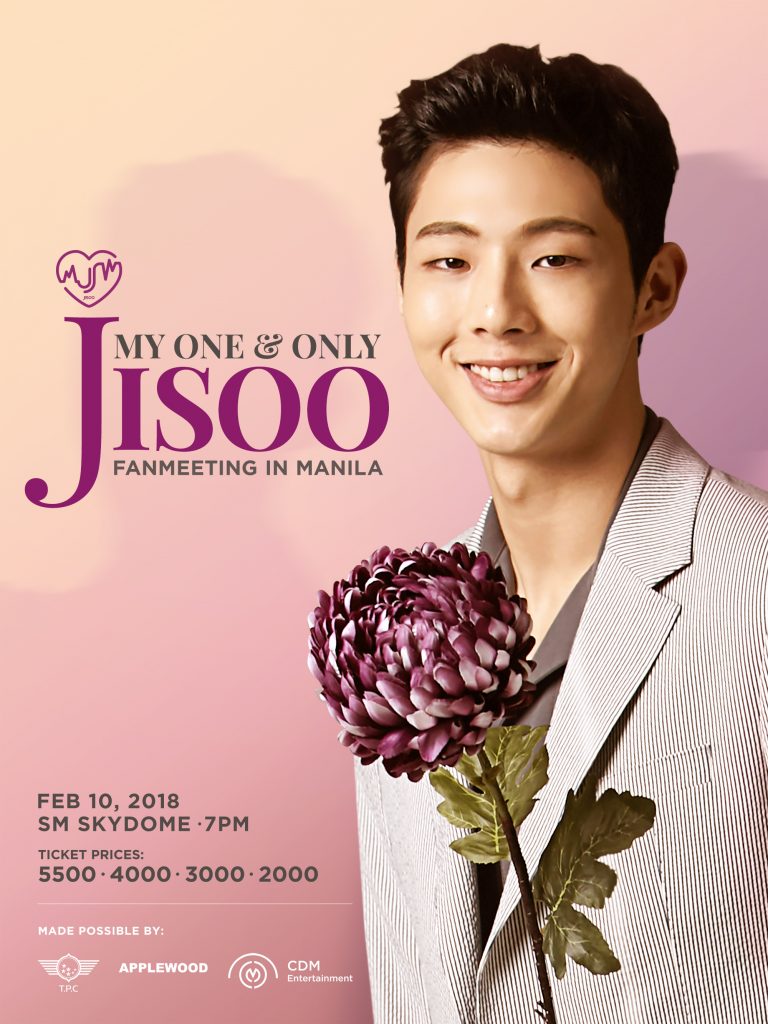 One of South Korea’s fastest rising stars and ultimate heartthrobs, Ji Soo is set to win your hearts and serenade you on February 10 at the SM North EDSA Skydome in Quezon City.

See him up close and personal in his very first fan meeting in the country through an early Valentine date of exclusive interviews, exciting games, and surprising activities prepared for everyone.

In a video greeting, Ji Soo expressed his excitement to have a special date with his fans in the Philippines. He added that the event will be an opportunity to know each other through games and various events.

JI SOO wants a date with you! Join him in a romantic night full of fun activities in "Ji Soo, My One and Only" fan meeting this February 10, 2018 at the SM Skydome!Tickets will be available starting December 16, 2017 in all SM Ticket outlets and online at www.smtickets.com! #JisooInManila

Buy your tickets on December 16! 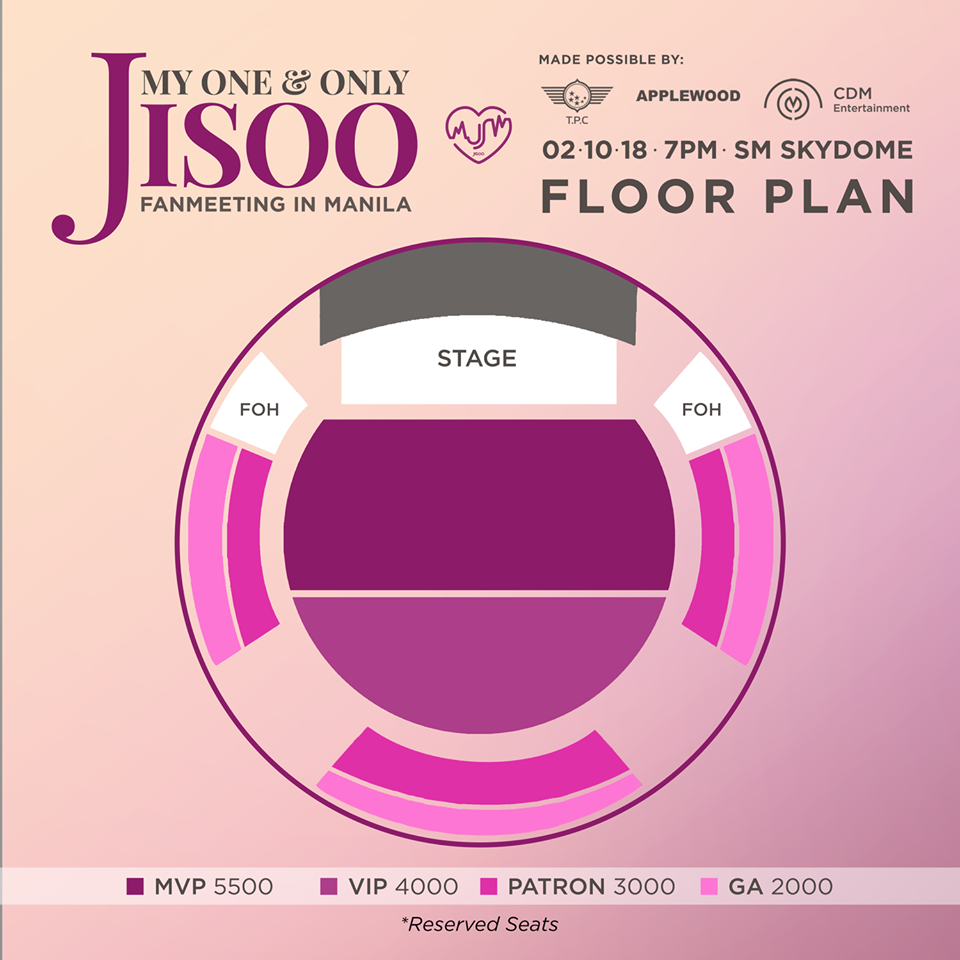 Tickets to Ji Soo, My One and Only Fan Meeting In Manila will go on sale on December 16 at all SM ticket outlets and online here.

Getting to know more about Ji Soo

Aside from making waves on TV, Ji Soo has also acted in films like One Way Trip, Cultwo Show Movie,  More Than, Eoreuni, The Boy is Painful, and independent film Han Gong Ju. He also participated in the Korean-Filipino independent film Seoul Mate in 2014.

Ji Soo’s film accolades include Best Actor at the DARAK Youth Theatre Festival in 2010 and the Silver Prize at the 2011 National Youth Monologue Contest.

The Ji Soo, My One and Only Fan Meeting in Manila is brought to fans by Prain TPC, Applewood, and CDM Entertainment. CDM Entertainment is a multi-communications and production company with the core competency of producing local concerts, branded events, radio, and TV production. For updates, check out CDM’s Facebook page.