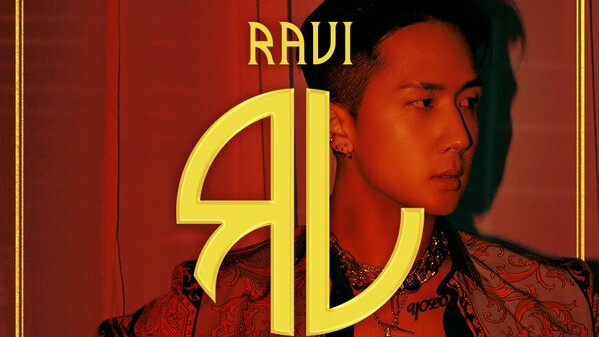 VIXX’s Ravi has dropped back-to-back announcements that will take Starlights to paradise!

VIXX’s Ravi had unveiled the list of cities he will visit for his 2020 world tour El Dorado after also sharing news about his upcoming first solo album! 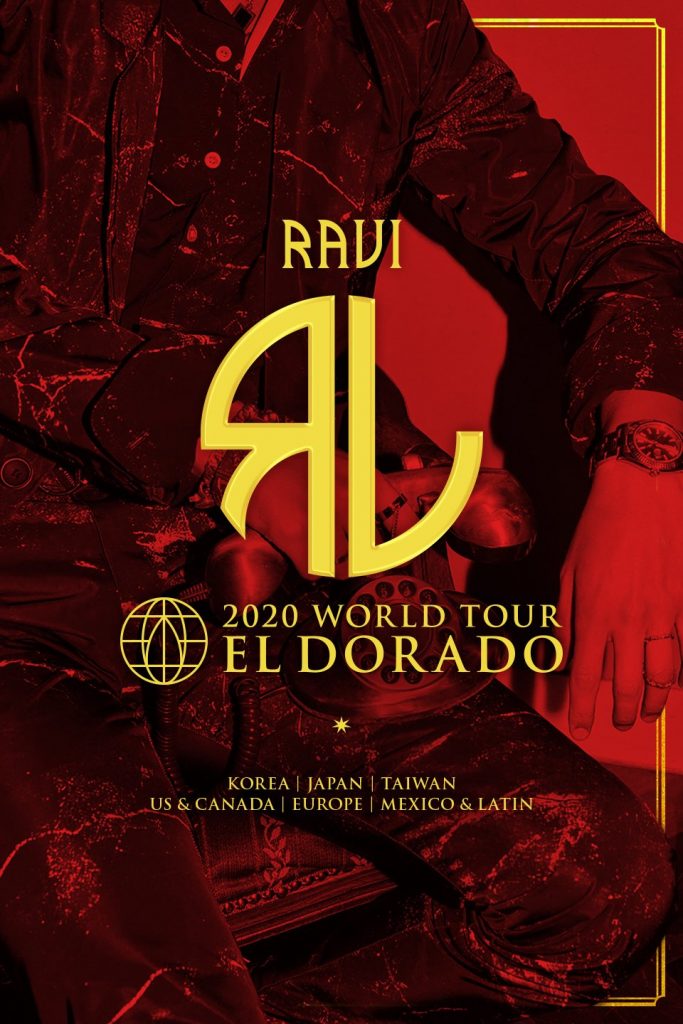 Bringing on a paradise for his fans, the VIXX member will be embarking on a solo world tour this year with stops all over Asia, North and South America, and Europe!

Beginning in March, his upcoming tour titled El Dorado will have a two-day show in Seoul followed by concerts in Osaka, Nagoya, Fukuoka, and Tokyo in Japan.

He will then head to Taiwan in April for shows in Taizhong and Taipei, and his schedule for May will be filled with the various stops he will have for the tour in US and Canada.

Meanwhile, fans in Europe will get to see him in various cities in June, as well as Mexico and Latin America in July. The specific dates and venues for each city stop will be revealed soon, so fans should stay tuned for further announcements. 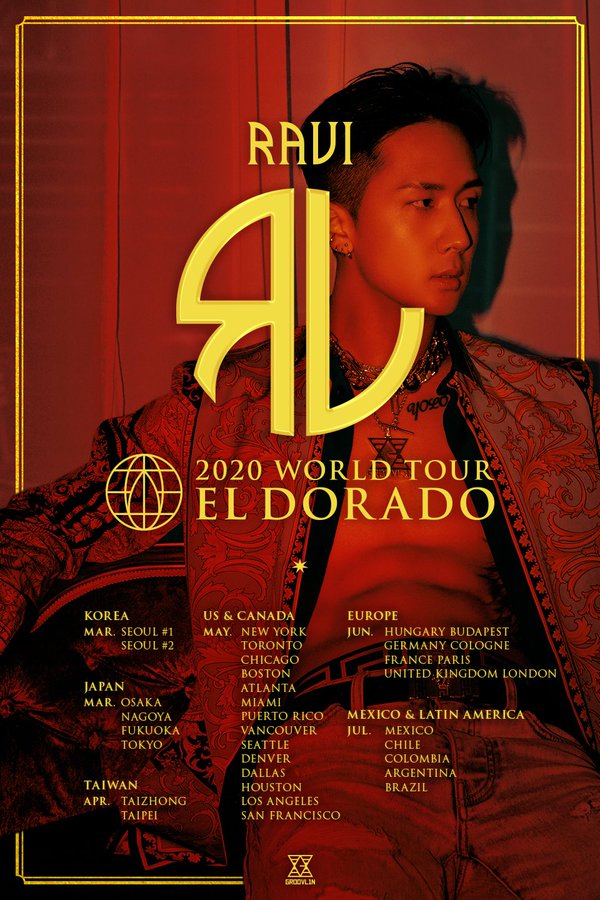 On the midnight of February 13, Ravi announced the release of his first solo album titled El Dorado as well through a teaser photo and a scheduler for his promos.

This hip new album is set to be released online on February 24 at 6 PM KST together with its lead track’s music video, and it will drop offline on February 25 through the rapper’s own hip hop label GROOVL1N. 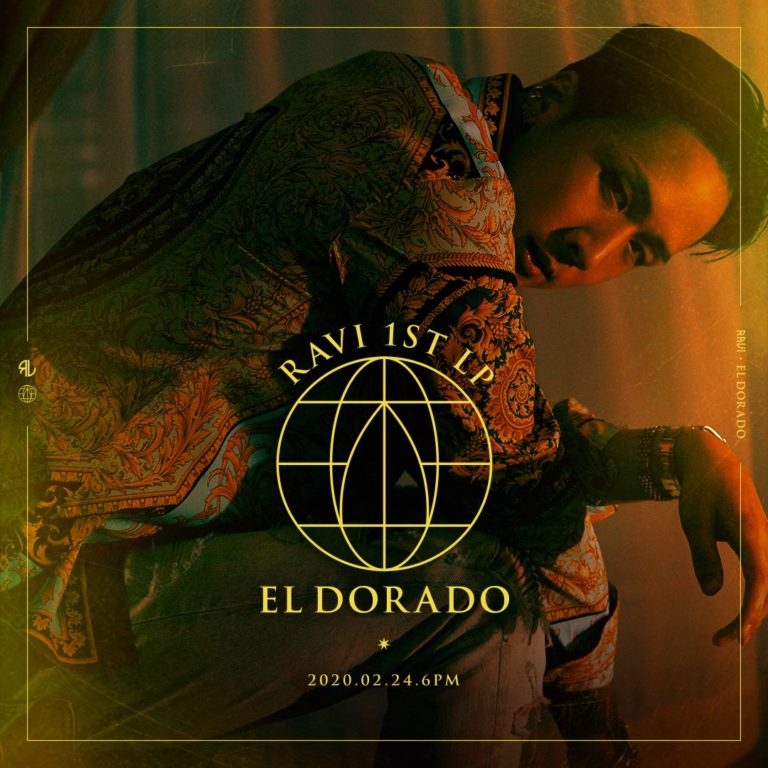 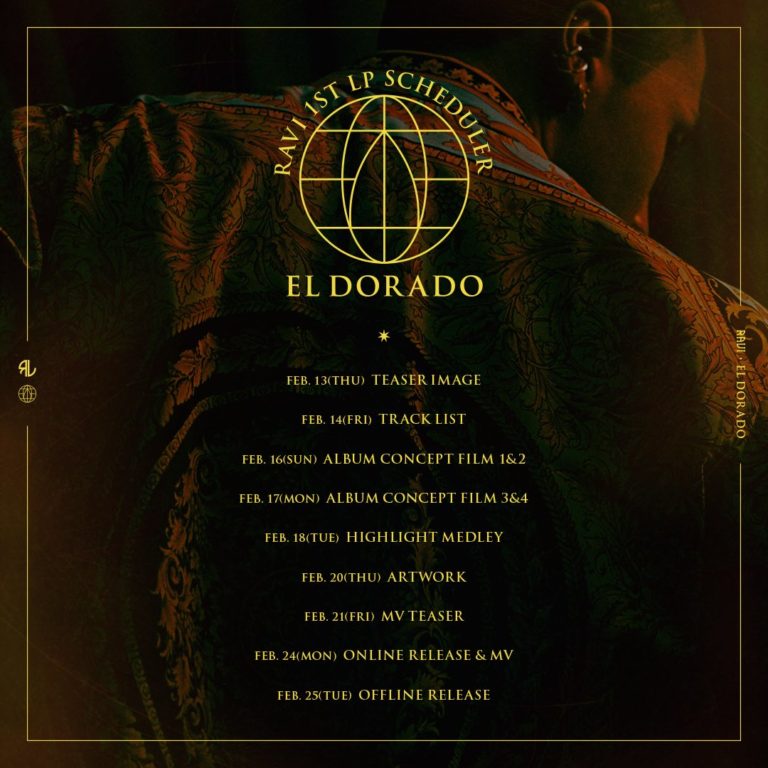