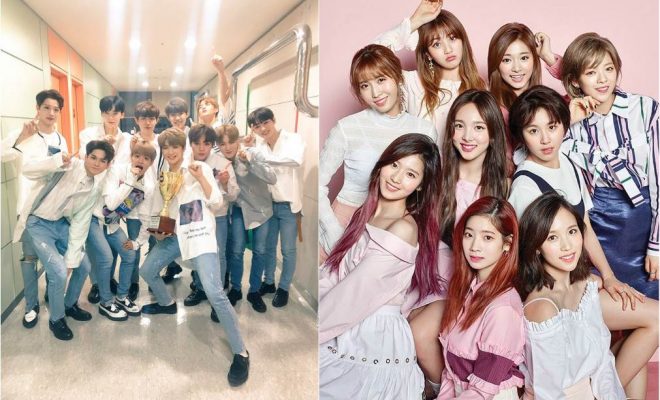 Wanna One And TWICE Confirmed To Perform At KCON Japan

Apart from Wanna One and TWICE, a list of K-Pop artists and idol groups will take part in the coming music festival in Japan.

The event is scheduled to take place in the country within three days, from April 13, at the Makuhari Messe convention center in Chiba, east of Tokyo.

On March 5, Wanna One and TWICE were confirmed to perform at the coming music festival. Besides, the lineup for the global Hallyu convention in Japan also includes many Korean artists and idol groups, including Gugudan, Pentagon, GFriend, Fromis 9, Sunmi, Golden Child, 2PM’s Wooyoung, MOMOLAND, Seventeen, Stray Kids, Monsta X, SF9, and Samuel.

Tickets for KCON Japan will be available for sale through Japan’s Ticket Pia from March 6.