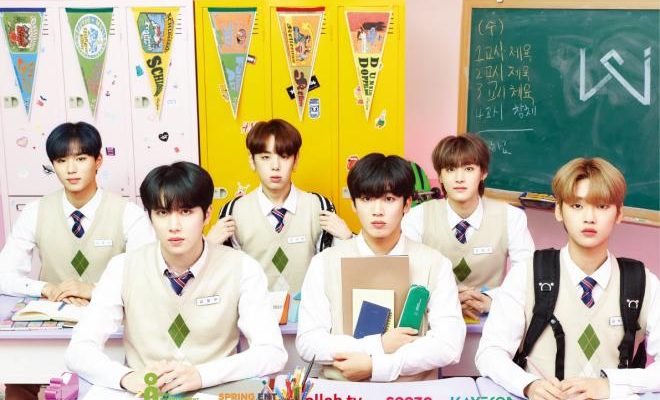 A set of delightful performances from the rookie boy group WEi, will take over the virtual scene in their online fan meeting! 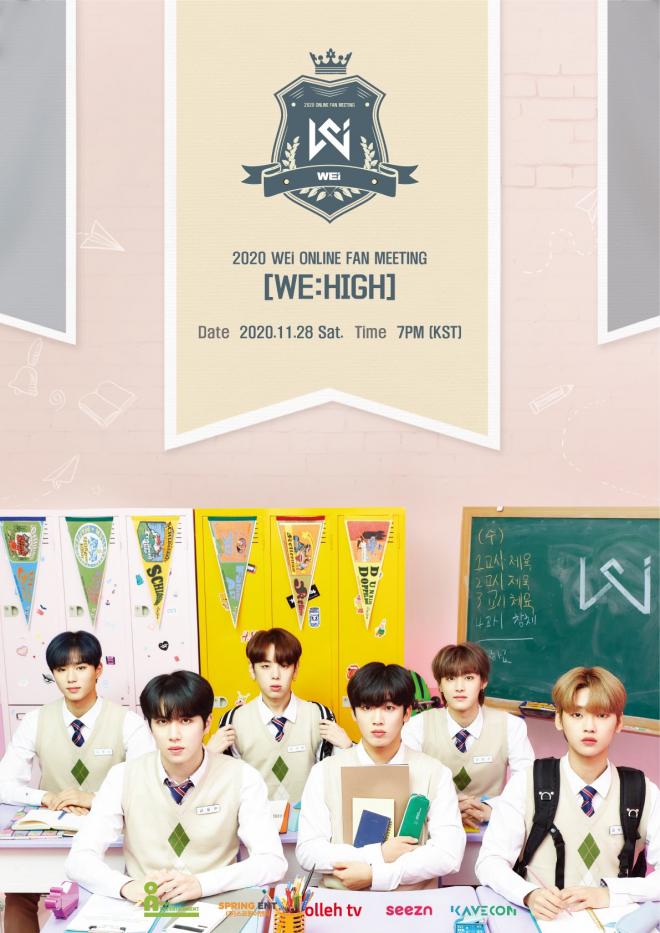 In the released banner, WEi poses among the classroom setting with a complete student look —from school stationeries, colorful lockers and desks, cozy uniform, to a blackboard scribbled with chalk writings. The event will take on a high school concept and plans to capture fans’ attention through fun performances.

Following a successful debut, the act’s first fan meeting signifies a new accomplishment for the group, as they strive to meet fans not only in Korea but also from around the world.

WEi debuted in the K-pop music industry on October 5 with their first mini album ‘IDENTITY: First Sight, and had left a deep impression with the title song “TWILIGHT”.

The members previously participated in various audition programs, and they have prepared a lot of from debut preparations until now. As an all-rounder group; capable of writing, composing, producing, and creating choreography, WEi is widely-loved and and more so, dubbed as monster rookies with both visuals and skills.