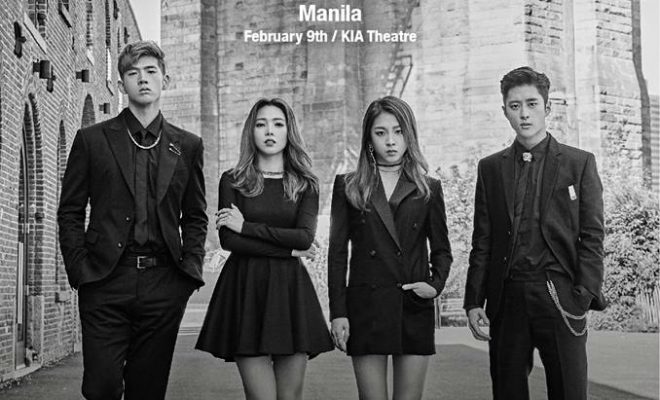 A co-ed group is unusual in the K-Pop scene, but DSP Media’s rookie group KARD is up to establish a niche that would set them apart from the illustrious and growing K-Pop acts. They are bringing their electrifying sound in 2018 Wild KARD Tour In Asia.

The members of the quartet formed by DSP media are Somin, Jiwoo, J.seph and B.M.

Following the release of their second EP You & Me, the group is set to embark on the 2018 Wild KARD Tour in Asia covering five Asian cities between January-February with Manila as their culminating stop over on February 9. 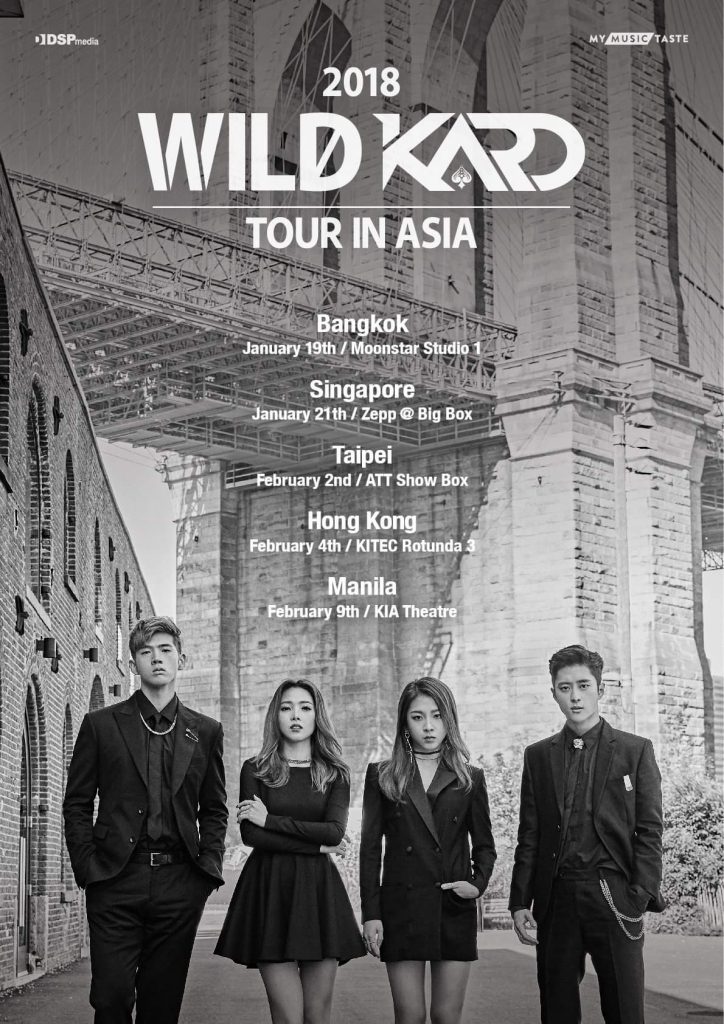 The Manila leg of the Asia tour will be held at the KIA Theatre. The general ticket sale will commence on December 7, 4 p.m. local time. Unlike the other four shows of the tour, the Manila show will have no pre-sale event.

Additionally, TasteMakers who requested KARD in Manila will receive a 20 percent discount on two tickets. The Top 10 TasteMakers will be rewarded with two free Ultimate KARD tickets. According to MyMusicTaste, instructions on how the benefits will be claimed will be sent to the MMT registered e-mail address before tickets go on-sale. 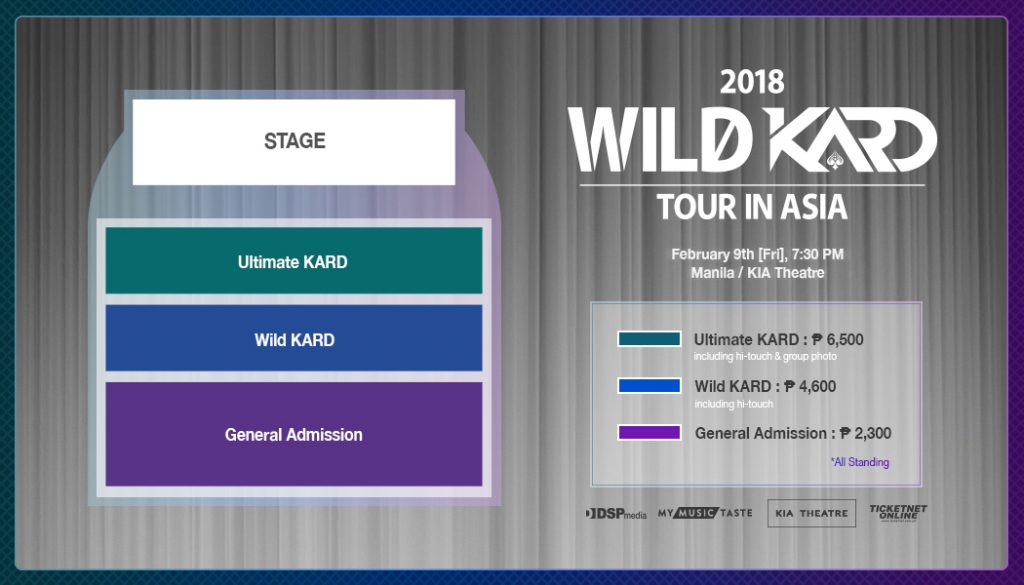 The quartet builds their exciting fanbase through their intoxicating music ranging from EDM, Moombahton and Dance Hall. The group recently dropped their second EP You & Me with song “You in Me” serving as the main track.

KARD kicked off their first overseas tour Wild K.A.R.D from May-June this year in the United States. Then they visited five European countries and five US cities last September.

The 2018 Wild KARD Tour in Asia is brought to fans by DSP Media and MyMusicTaste. Follow MyMusicTaste’s Facebook page and website for more information on the tour.