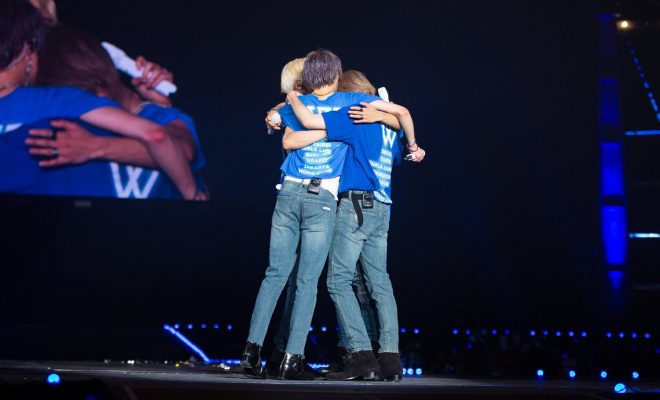 The 2018 EVERYWHERE Tour of WINNER is now in full swing!

Jinwoo, Seungyoon, Seunghoon, and Mino treated fans to an unforgettable summer night at the Olympic Gymnastics Arena on August 19. 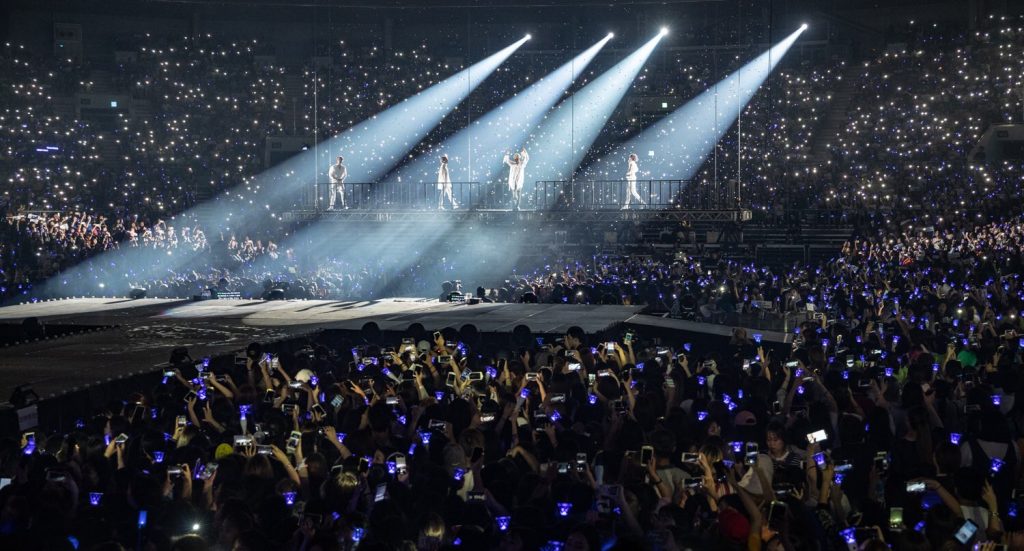 The members presented various performances, revealing the musical experiences they gained in the past four years and showcasing the unique musical colors of the boy group.

They opened the concert with a performance of their debut track, “Empty” which was followed by “Hello”.

As the concert marked the first concert of WINNER in South Korea after two years, the members expressed their excitement and happiness to finally meet Inner Circles in this kind of event again.

Meanwhile, eldest member Jinwoo relayed his longing to see their fans again.”I’ve missed you so much. I’m nervous, yet excited,” he said.

Rapper Mino also expressed how much he missed seeing the blue lights of Inner Circles. He also likened their beauty to that of mermaids.

Lead dancer Seunghoon made sure their fans had a good laugh by introducing himself as a deputy head. “I may be promoted as the head of the department depending on your reactions,” he joked. 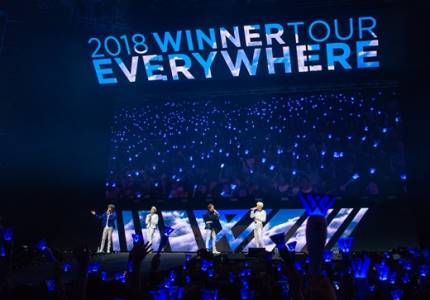 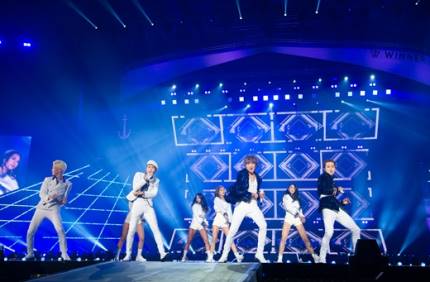 WINNER continued to heat up the stage with live perfotmances of the hits, “Really Really” and “Island” before covering Cho Yong Pil’s “Let’s Leave On A Trip”.

Next, the members presented individual stages, highlighting each member’s skill and prowess. Mino fired up the concert stage with “Body” and “Turn Off The Light”, while Jinwoo gifted fans with his rendition of G-Dragon’s “Untitled”.

Seungyoon performed “Instinctively”, a track he released prior to his debut in WINNER, while Seunghoon impressed with his performance of Taeyang’s “Ringa Linga”.

According to the members, it was the first time they showed solo stages in a concert. “We prepared hard as if we’re trainees who are being evaluated,” they said.

Inner Circles did not let the chance to pass without congratulating the boy group for its fourth year anniversary. They prepared a video presentation and used their phone’s flashlight to create a beautiful view for the boy group.

“Our fans are our jewels,” they said in expression of gratitude for the fans’ efforts and overwhelming support.

The concert lasted for more than two hours filled with 23 songs including five encore performances. 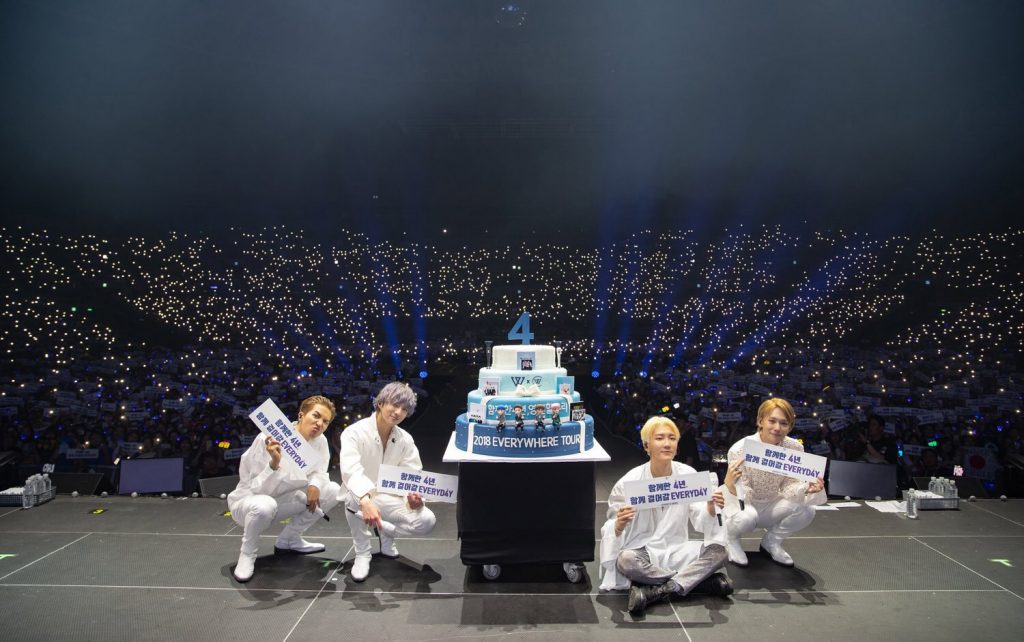 Following Seoul, WINNER is set to embark on a world tour. The boy group will visit Asian cities including Taipei, Kuala Lumpur, Manila, Singapore, among others.

The 2018 EVERYWHERE Tour will be the first large-scale overseas tour of WINNER. As the tour’s title, Jinwoo, Seungyoon, Seunghoon, and Mino desire to go “everywhere” to meet Inner Circles.

“Starting from Seoul, we’ll run to you everywhere,” Seunghoon said.

Hellokpop, as an independent Korean entertainment news website (without influence from any agency or corporation), we need your support! If you have enjoyed our work, consider to support us with a one-time or recurring donation from as low as US$5 to keep our site going! Donate securely below via Stripe, Paypal, Apple Pay or Google Wallet.
FacebookTwitter
SubscribeGoogleWhatsappPinterestDiggRedditStumbleuponVkWeiboPocketTumblrMailMeneameOdnoklassniki
Related ItemsWinner
← Previous Story 10 “BAAM” Things Momoland Wants Philippine Fans To Know About
Next Story → iKON Gifts Fans With Well-Made Performances And Sincere Words In “2018 CONTINUE Tour” Seoul Concert