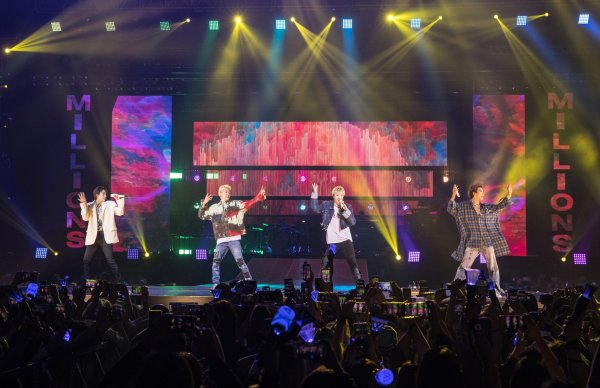 Firing up explosive performances, WINNER made sure to gift the best moments for their Phillippine fans!

Returning to Manila’s concert stage, Mino, Seungyoon, Seunghoon and Jinwoo fires up lively performances at WINNER CROSS TOUR IN MANILA. The concert was held at the Mall of Asia Arena on January 25. 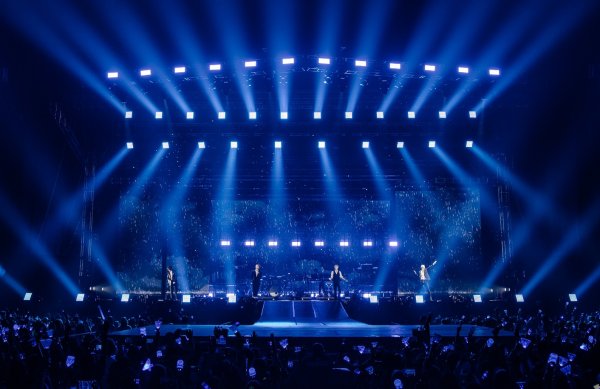 Winner last visited Manila for 2018 EVERYWHERE Tour. After almost two years, they received enthusiastic cheers from their adoring supporters. At the sound check event held prior to the concert, fans welcomed them with a tremendous response.

Packed with energy, the quartet received unparalleled raves from Philippine Inner Circles. Fans responded more loudly than before by chanting the names of the members before they heat up the stage.

Before his “Wind” solo stage, Seungyoon comforted the crowd understanding the current disheartening situation caused by the recent volcanic eruption in the country. He also hoped to receive good energy through their performance.

Another highlight of the night is WINNER’s special time for the audience. Seunghoon impressed the attendees by dancing to a local dance craze popularized by Filipina pop star, Sarah Geronimo. Coaxing the team, they then tweaked the choreography and dance as a group leaving the fans elated and energized.

Pouring everything from the opening to the final stage, WINNER also gifted fans with momentous solo stages. After the performance, the audience clamored for an encore by requesting their song “Hello”.

The boys of course are set on not giving just the best memories for their PH fans. They went back to the stage to hype them up.

Notably, they appeared wearing hanboks in celebration of the Lunar New Year and wished their fans a “happy new year”.

In response, a rewarding fan event was presented by the fans with a sweet placard note promising to always wait for them. They also greeted Seungyoon, who celebrated his birthday on January 21.

Capping off the night, WINNER captured a commemorative photo with their fans. In addition, the members expressed their gratitude to the fans for their generous love.

Mino said, “I hope our Inner Circles will be happy in 2020. See you again.” Jinwoo added, “You are the main character of this performance.”

Seunghoon remarked, “Today we will never forget our memories in Manila.”

“I am very happy and grateful to welcome you to 2020 with our new tour,” Seungyoon ended. 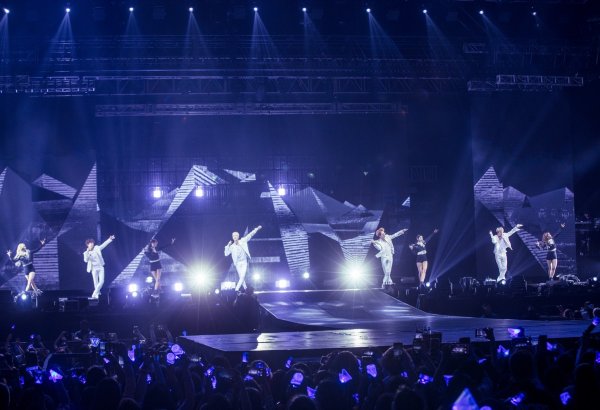 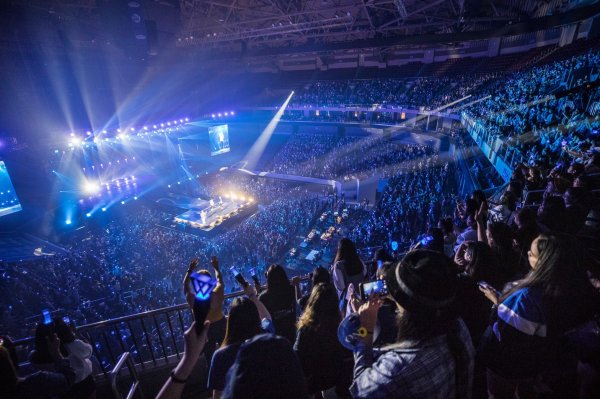 Visiting Seoul, Taipei, Jakarta, Macau, Bangkok and Kuala Lumpur, Winner met the Inner Circle in Manila on January 25. The tour will continue on February 1 in Ho Chi Minh and February 8 in Singapore.

On February 14 and 15, the Seoul encore concert will be held at Kyunghee University Peace Hall.

READ: WINNER Decks The Last Stop Of Their “CROSS TOUR” In Singapore 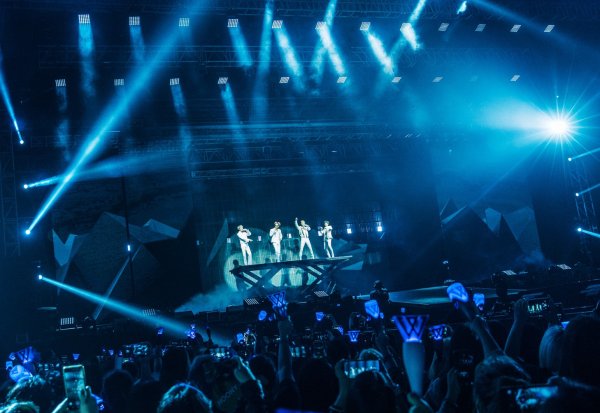 We need your support! If you have enjoyed our work, consider to support us with a one-time or recurring donation from as low as US$5 to keep our site going! Donate securely below via Stripe, Paypal, Apple Pay or Google Wallet.
FacebookTwitter
SubscribeGoogleWhatsappPinterestDiggRedditStumbleuponVkWeiboPocketTumblrMailMeneameOdnoklassniki
Related ItemsWinnerWINNER CROSS TOURWINNER CROSS TOUR in MANILAWinner Cross Tour Manila
← Previous Story SF9 Suits Up In Teaser Photos Announcing Japanese Single “Good Guy”
Next Story → B.O.Y Announces Dates And Cities For “Best Of You” Asia Tour