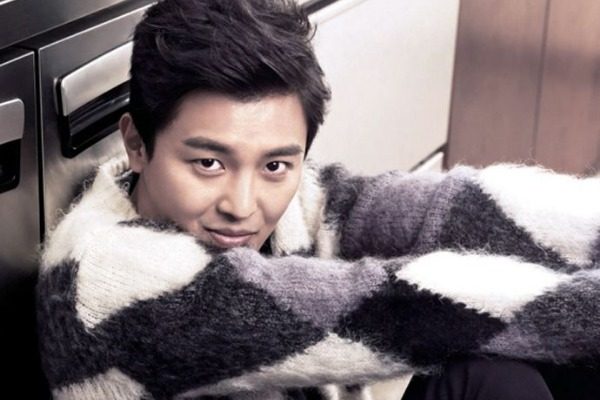 In celebration of his debut ten years ago, the actor hosted a meet and greet event for fans.

Yeon Woo Jin held a fan meeting on September 28 at Sungshin Women’s University WoonJung Green Campus Auditorium in Seoul. The actor expressed his gratitude to fans who attended and made the event a success.

The actor came out on stage and sang Kim Jong Kook’s “One Man”, a song that was featured in the recently-concluded KBS 2TV drama I Wanna Hear Your Song. Much to the fans’ delight, Yeon Woo Jin perfectly recreated the scene from the drama during his performance. The warm reception from the fans set up the mood for the fan meeting.

As it was a celebration of his tenth year in the industry, the profile corner focused on his past. He remembered his debut profile picture, his nickname and attractive points. He also divulged that he likes reading fan letters which earned a great reaction from the audience. 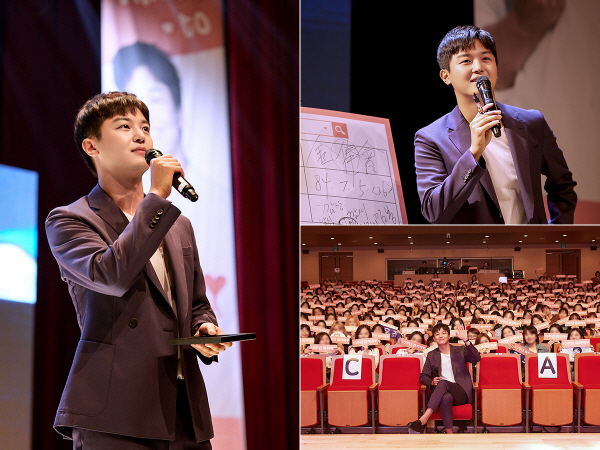 Yeon also mentioned that his most memorable work is the 2012 KBS2’s Drama Special Series: Just an Ordinary Love Story. Meanwhile, his favorite character is Sa Ui Hyun from the 2017 SBS drama Judge vs Judge (also known as Judge Lee).

The actor got candid with fans as he revealed a portion of his daily life. He said his current hobby is playing golf. Yeon Woo Jin played a games with the crowd and one lucky fan got to take home a bag that holds a special memory for the actor.

READ: K-Drama Review: “I Wanna Hear Your Song” Mixes Music And Mystery For An Enthralling Experience

In the Q&A corner, the man of the hour felt proud of himself as he took over the segment without the help from the MC. He enjoyed answering questions from fans and, according to the actor he was also able to share his stories to the crowd.

Fans surprised Yeon Woo Jin as well as they prepared something special for their beloved actor. He was not able to hide his emotions and shed some tears. He thanked the fans who have been there since his debut and said. “I was able to hold on and come this far because of you. I wish the next ten years will always have good things and I hope we will continue to be together.”

We need your support! If you have enjoyed our work, consider to support us with a one-time or recurring donation from as low as $5 to keep our site going! Donate securely below via Stripe, Paypal, Apple Pay or Google Wallet.
FacebookTwitter
SubscribeGoogleWhatsappPinterestDiggRedditStumbleuponVkWeiboPocketTumblrMailMeneameOdnoklassniki
Related Items10th anniversary debut2019 Fan MeetingYeon Woo jin
← Previous Story Lee Je Hoon Gears Up For A Memorable Fan Meet In Korea
Next Story → Doota Mall Holds Exhibit And Charity Auction For Outfits MONSTA X Personally Wore