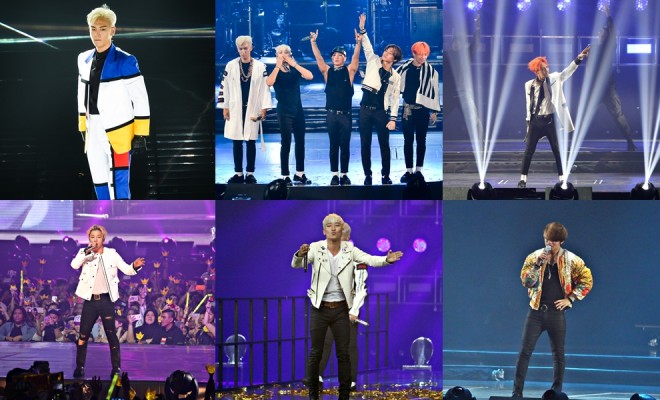 10 Unforgettable Memories From BIGBANG ‘MADE’ In Malaysia

After years, the five talented members of BIGBANG; G-Dragon, TOP, Taeyang, Daesung and Seungri finally returned to the Malaysia shore together this year since their last group’s visit in 2012 for BIGBANG Alive Galaxy Tour.

In fact, this time, BIGBANG returned in a bigger way, and made history in the Malaysia K-Pop scene by being the first K-Pop group to hold a 2-day concert in Malaysia. After selling out on the first announced show, the organizer IME Productions later added a second show due to overwhelming demand.

One of main highlights of the concert was the transparent floating catwalk stage with the lighting system and fireworks. The entire production cost, which was estimated at RM 1 million, is considered to be the highest among the concerts in Malaysia this year.

Here are the 10 things which happened in BIGBANG [MADE], Malaysia, and probably why you shouldn’t miss it in your own country, too!

The transparent moving stage was set above the Rock Zone A, which connected the main stage to the front stage. When the members walked through it, fans at Rock Zone A had an one-of-a-kind view that no other zone could see! And oh, not forgetting the angel statue that was flown over to Malaysia for BAE BAE’s stage too! 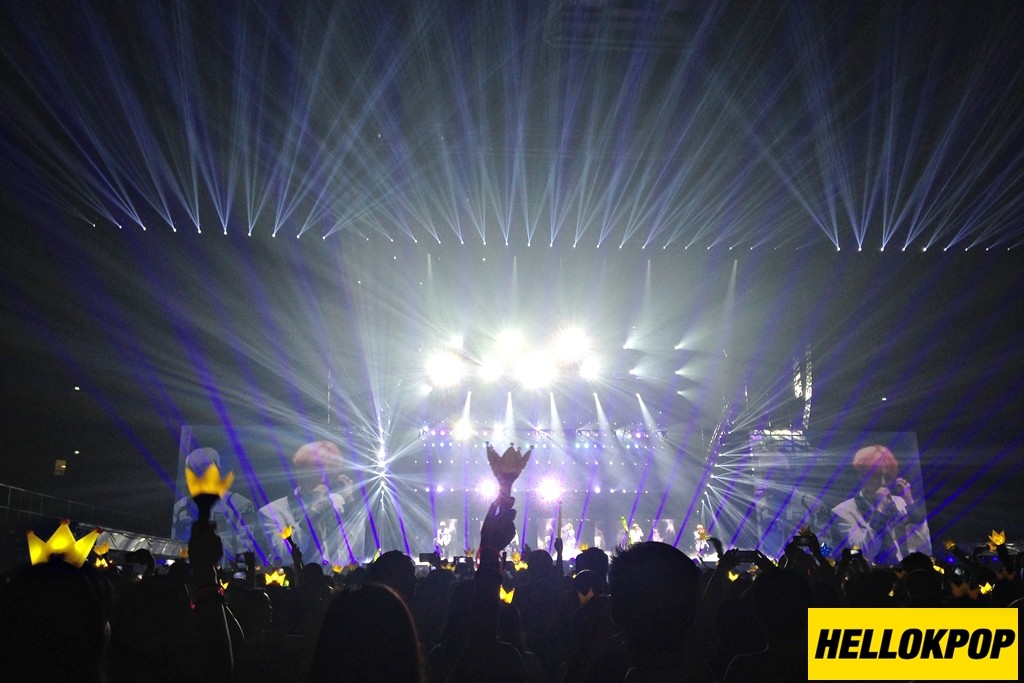 One word to describe the lighting – Amazing. When BIGBANG performed a sentimental or slow track such as If You, which is one of the tracks from the ‘D’ series, the lighting shone on them, moving in tune to the melody. In contrast, with upbeat tracks like BANG BANG BANG, the lighting would turn colorful into waves of blue and red in all directions. The yellow luminous lights of the fan club’s light sticks provided a perfect color match to the overall atmosphere!

3. EXCLUSIVE VIDEOS FOR THIS TOUR

A sneak peak to all who have not went to the concert yet: there will be many exclusive videos of BIGBANG and individual clips of the members that you can only get to see in this tour! 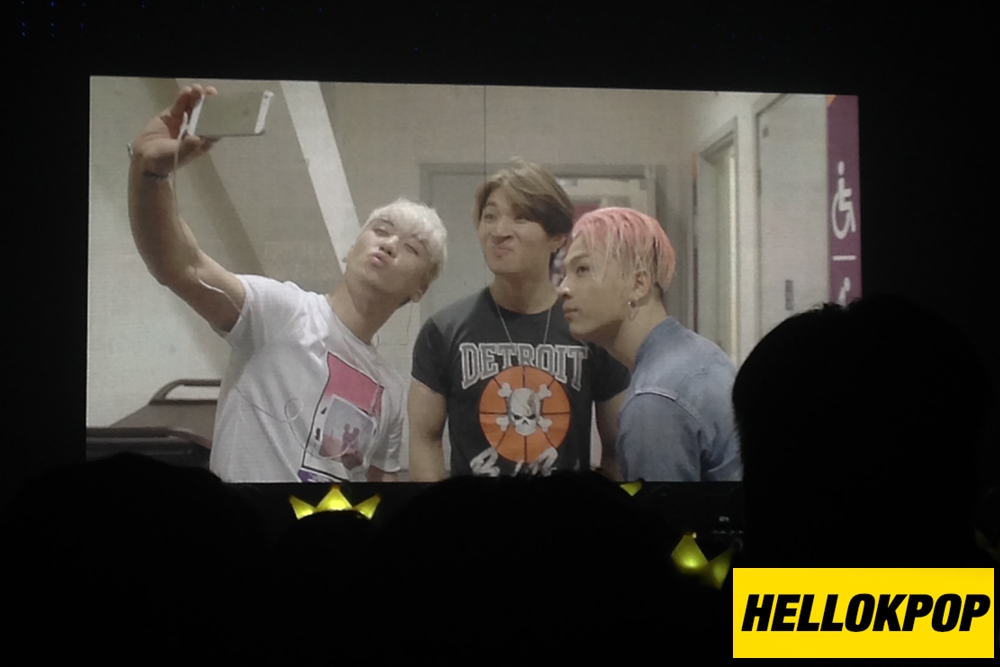 Yes, you are right. This is all about the ‘romantic’ moments between G-Dragon and Seungri. If you were at the concert, you couldn’t really missed it at all. Seungri would shout in a high pitched vocal like a crazy fan girl “GD OPPAAAAA!”, and how they cutely pushed against each other like a couple having fight during Stupid Liar.

The video clip below explains all. (G-Dragon hugged Seungri tightly when the latter was saying “Aku Cinta Kamu” (which means I Love You in Malay language). Awwwwww. 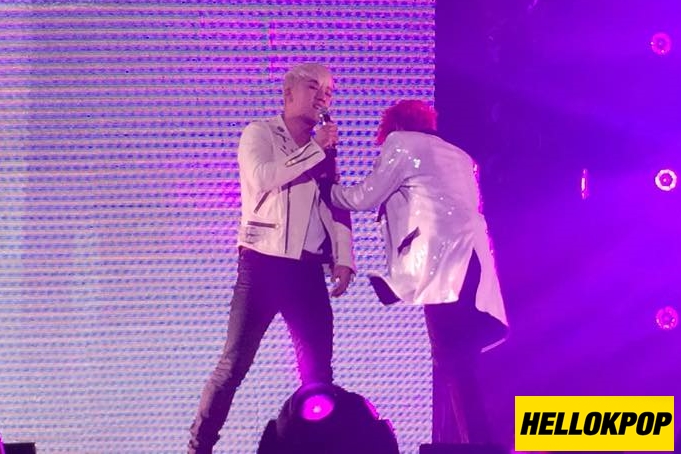 Observant fans would know that in Loser which is a track from the ‘M’ series, Daesung’s hairstyle was a totally new and fresh concept for him. It was a hairstyle where the fringe covered his eyes. His hairstyle caused him a bit of problem since his sight was obstructed, which he even had to hold his members’ hands on SBS Inkigayo stage. During Loser stage in Malaysia, he sported the same hairstyle again. Without any warning, Daesung exclaimed out loudly with a Malay phrase “Saya tak boleh Nampak! Saya tak boleh Nampak!” (I cannot see). Fans who were able to understand immediately burst into laughter as he said it repeatedly!

Not only BIGBANG and Daesung love the fans! Daesung made the fans laughed by saying: “We love u guys, my mom loves you guys, of course my father loves you guys, thanks for coming today, we love touring because of you guys, we can’t wait to come back, we will be back. My family love you guys.” What happened next was.. at the next day concert, his uncle loves you all too!

Daesung opened the stage for Sober with his drum performance. He looked super cool here, wasn’t it?

All the members spoke in English to converse with the fans. TOP did too! He was speaking in English telling the fans that he really really loves them, and he managed to swiftly change to Korean. The change was so swift and natural that you would not notice!

The energies and efforts put into their dance moves and stages were not anything less. With flawless choreography and sparkling fireworks, it was literally an explosive performance by BIGBANG.

Were you there? If you were, share your favorite moments with us!

For fans from other countries, click here to check for all the cities BIGBANG will be touring. If BIGBANG is going to your country, remember not to miss it! 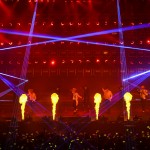 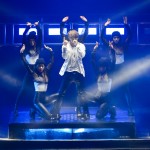 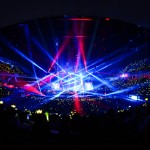 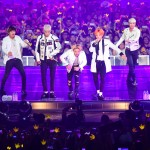 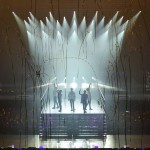 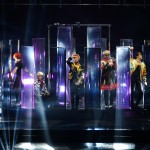 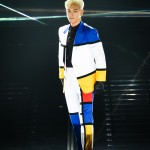 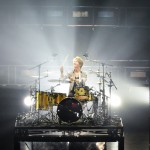 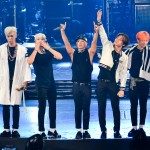 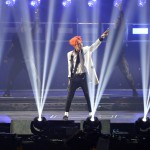 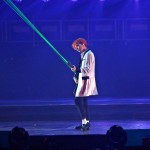 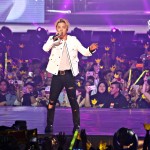 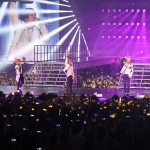 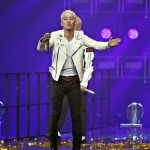 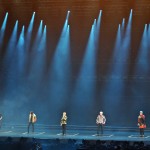 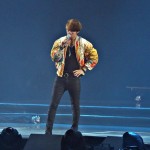 Special thanks to IME Productions for the media invite.

Photos with watermark by Vin

Photos without watermark by IME Productions.