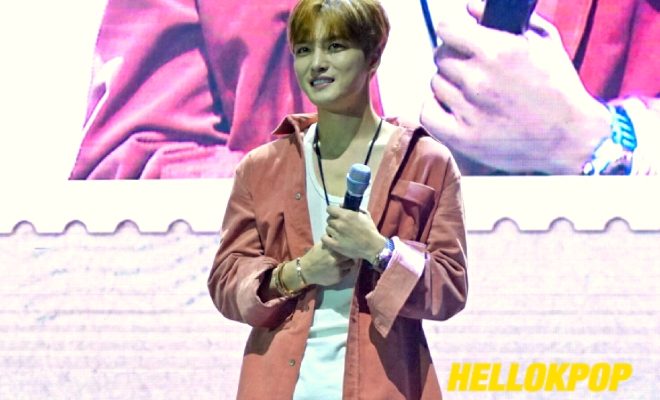 We are still high from Kim Jae Joong oppa fever!

Clad in pretty pajamas, thousands of loyal fans flock to the venue in high spirit excited to meet the man of their schoolgirl dreams at 2017 Kim Jae Joong Asia Tour Fan Meeting In Manila.

Wow is an understatement on how the faithful got more than what they wished for as Kim Jae Joong cheerfully accommodated all the events prepared for him and his cheering fans.

After 11 years, Kim Jae Joong is finally in the Philippines! #JAEJOONGINMANILA pic.twitter.com/au0TrFdBrI

We lost track of how many times we swooned, laughed and appreciated all the things Kim Jae Joong did to make his lively audience happy.  So now, we are sharing all the delightful moments with you!

Here are some of the many wishes Jae Joong lovingly granted on his fan gathering. We created a virtual manhole to take you right at that memorable three hours of spending time with Kim Jae Joong. We are sweetly warning you that it will put you on a love spell! wink

It has been two days since @FangirlAsia's #JAEJOONGINMANILA made fans' decade-long wishes come true! We know you are still not over that unforgettable night. Are you ready to look back with us? ? pic.twitter.com/y6JHP9bvNr

Wish Granted #1: An up-close getting to know session

After greeting his excited supporters, Jae Joong picked lucky questions from Instax dropped by his on-site fans. His first query asked him which part of the country he wants to visit, and he answered how his friends have said good things about Cebu so he wants to visit the place someday.

When asked about his next drama project, he positively responded his intention to have one next year. 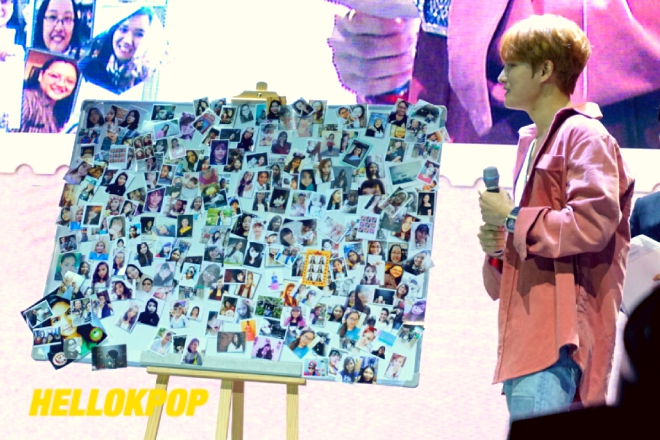 The highlight of the getting-to-know segment was when he picked a graduation picture of a girl. The girl wrote that he has been her inspiration while she was studying, then cheekily asked what about him. The audience coaxed him in unison to spill the beans as he remarked how hard the question was.

He finally answered how reading books and past experiences have inspired him. On that note, his last question related to his recent drama Manhole pried into where he would want to time-travel, but he replied how he does not want to go back in the past since he is happy right now.

Kudos to organizer Fangirlasia for conceptualizing segments that even Jae Joong enjoyed.

Appreciating his fans’ effort, they made sure to give equal opportunity for the guests to have a dream-come-true moment at 2017 Kim Jae Joong Fan Meeting In Manila.

Attentive to his admirers, he indulged in a mind-reading game by citing his current thoughts to be deciphered through the hints he was giving. The audience had a hard time guessing what he has been lacking lately since all of them wished they could fill up that void, but it turned out that it was stamina he was striving lately. 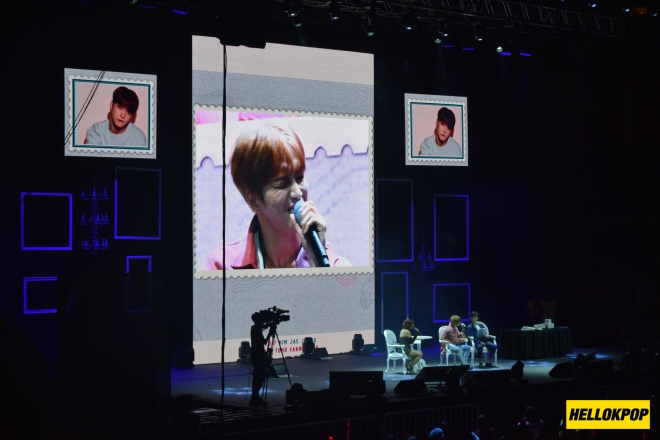 He raised another riddle of what he thinks Filipinos are good at as fans lined up to answer “smiling”, “cuteness” and others until one got it right. Jae Joong remarked how amazed he was on videos which he saw highlighting the Filipinos’ skills in singing.

The man of the hour playfully avoided eye contact, amusing the viewers. But he guessed four answers through her lead, making her the winner of the game. Then Jae Joong took off his long-sleeved shirt (as everyone sighed) to cover the girl who might have felt cold by now.

Life goals! Jae Joong took off his jacket for a lucky fan! What a gentleman! ? #JAEJOONGINMANILA pic.twitter.com/zroCmX5Q98

Fans rested their case and were on the brink of going home so he appeased them right away by smiling with his dimples on.

Wish Granted #4: A beer-drinking dare moment with him

As soon as the beer and plated food were set up on the stage, the audience coached him the local term for “cheers”, and he gladly obliged, saying “tagay” to the delight of his fans.

Just when he thought he was just going to enjoy the popular San Miguel beer, the host explained how the side dishes had a corresponding challenge that would be raised by the fans. 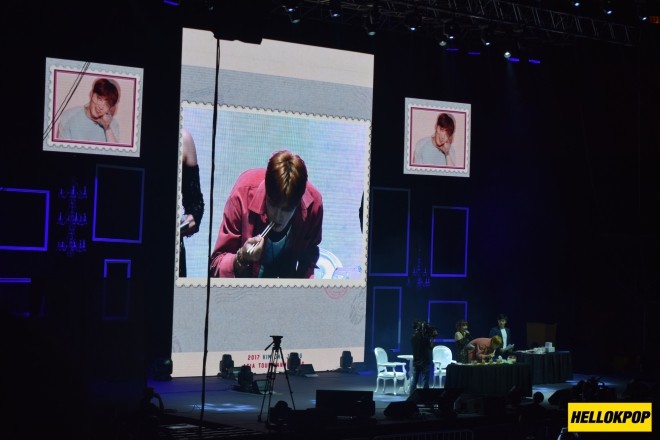 He got a taste of some popular Filipino exotic dishes. His caught-on-camera surprised face made his fans’ day after he learned the ingredients of Filipino dish sisig (made of parts of pig’s head and liver seasoned with chili and calamansi). He tasted and liked it, and was gleeful that he escaped a dare.

The quick-to-smile actor particularly liked kinilaw na isda (vinegar marinated fresh tuna seasoned with pepper, onion, and chili), but it turned out to be an unlucky plate. The result was him obliging to write his name using his butt to the happiness of his eager fans.

Jae Joong, tagay! The singer-actor tried various Filipino "pulutan," drank two glasses of beer, and did some dares (like dancing to Versace on the Floor)! ? #JAEJOONGINMANILA pic.twitter.com/xXkm0UjXHy

The JYJ member slayed the wave dance of “Versace on the Floor” while a fan was singing it for him to the uproar of the viewers.

Jae Joong did not think twice when invited to dance on trademark Filipino novelty hit songs, which included “Ocho-ocho”, “Whoops Kiri”, “Spaghetti” and “Pamela”. His relenting attitude to make everyone enjoy the night away was priceless.

When a request was made for him to do an aegyo, the patrons pushed the second take since the first one was too awkward for him.  It took a lot of urging from the spectators and convincing for his part as he mentally practiced what was requested of him.

He nailed that “I dream of a ghost” aegyo. And yes! He was the squishiest ever and here’s a photo proof to show you the cuteness in Kim Jae Joong. 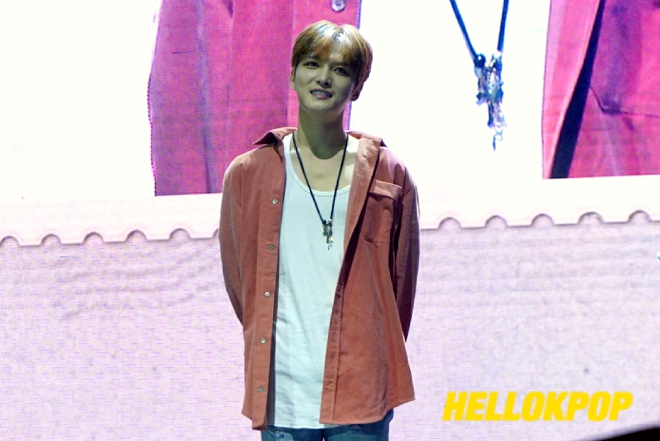 Wish Granted #7: A cover of a famous local love song

Another highlight of the night was when he was asked to hum along Filipino modern songs for the crowd to guess. His musical talent reflected effortlessly, making the audience guess the songs easily.

He even sang the final love song almost on point so the fans jammed with him, creating a beautiful melody to which he smiled and clapped on.  We could not agree more how incomparable Jaejoong is to his faithful fans. 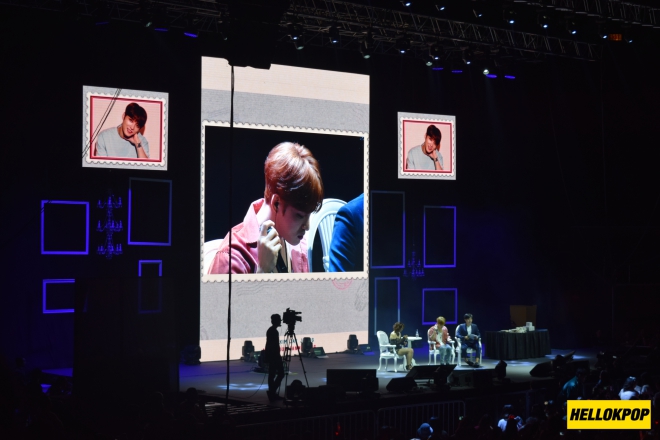 All for the love of his fans!

Another penalty from the beer drinking game, Jae Joong knew for sure to give a memorable throwback-Thursday treat by strutting classic dance moves from “Rising Sun” in his TVXQ reigning years like he has never aged at all.

Admit it! Feels totally exploded when Jae Joong danced to TVXQ's Rising Sun! It was unexpected, nostalgic, and bittersweet. Relive it once more with us. #JAEJOONGINMANILA pic.twitter.com/TylUnhyGWE

Truthfully, the crowd would agree how the baby-faced K-Pop royalty seemed to be just getting better through the years.

Throwing in an electrifying live stage for his “Good Morning Night” single, the dapper actor brought the house down.  Such dedication to hold a grand mini-concert for the sake of the faithfuls.

Uncomplaining of all the interactive segments with the audience, he followed it up with fiery performances. 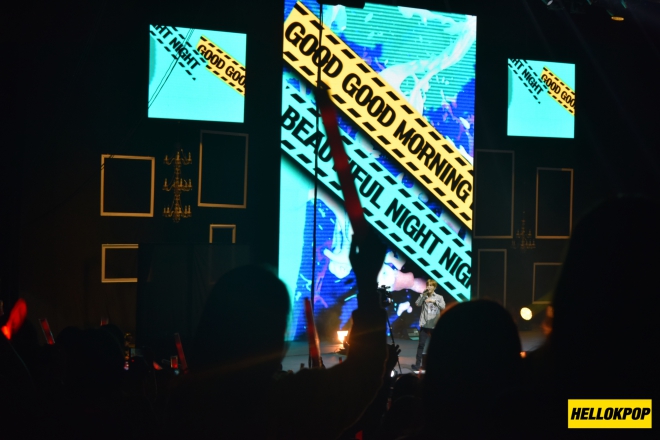 Whether belting high notes or hitting soothing verses, Kim Jae Joong pulled in his elated fans to a moment where everyone was feeling the same thing – that no one else was in the venue except the two of them together.

Jae Joong delicately expressed his gratitude to his multitude of fans, who could feel the sincerity of his emotions.  His finale song “Now is Good” summed up the mutual blissful feeling of the grateful actor and his loving fans, who have waited all those years to meet him in person. 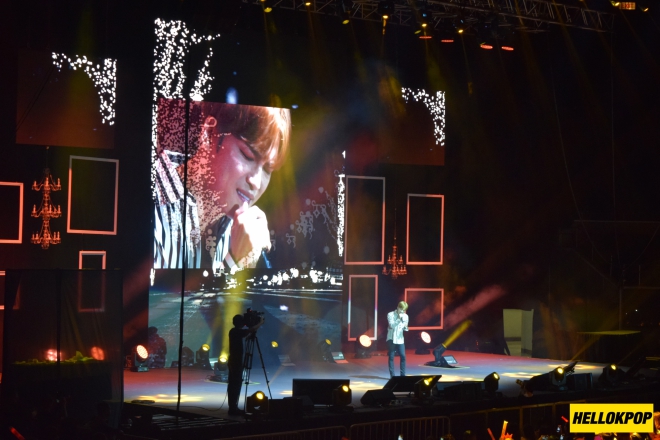 And we are also giving our applause to Jae Joong’s fans, who colored the arena red and made sure that their 11 years of waiting were translated into a night of unforgettable memories for them and Jae Joong. 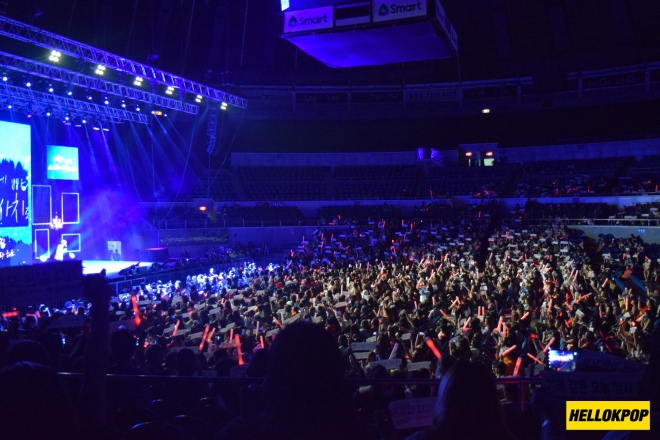 There you go, folks!  We hope you have enjoyed this fan meet recap as much as we did!  Indeed, 2017 Kim Jae Joong Asia Tour Fan Meeting in Manila is worth the wait! But at the same time, we can’t wait for his next visit too!

The 2017 Kim Jae Joong Asia Tour Fan Meeting in Manila is brought to fans by UnUsUal Entertainment Pte Ltd and C-JeS Entertainment and supported by Fangirlasia and Showtime.

Special thanks to Fangirlasia for the invitation to the fan meeting.