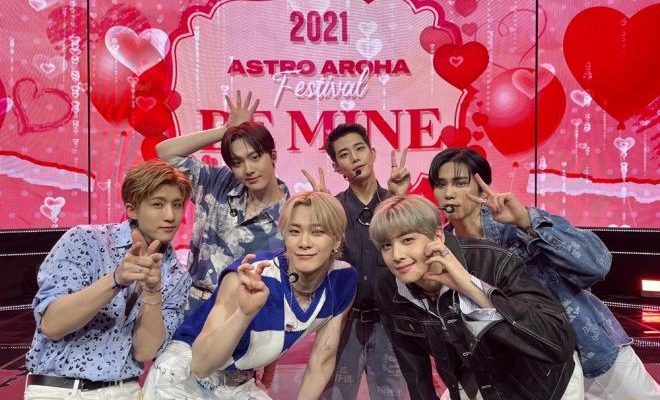 [RECAP] ASTRO Goes On A Memorable Date With Fans Through “2021 ASTRO AROHA Festival: Be Mine” Fan Meeting

AROHAs definitely had their hearts thumping loud as ASTRO recently-held fan meeting in celebration of the group’s recent achievements!

Charismatic boy group ASTRO spent a night full of appreciation, bliss and warmth with their fans through the fan meeting 2021 ASTRO AROHA Festival: Be Mine. 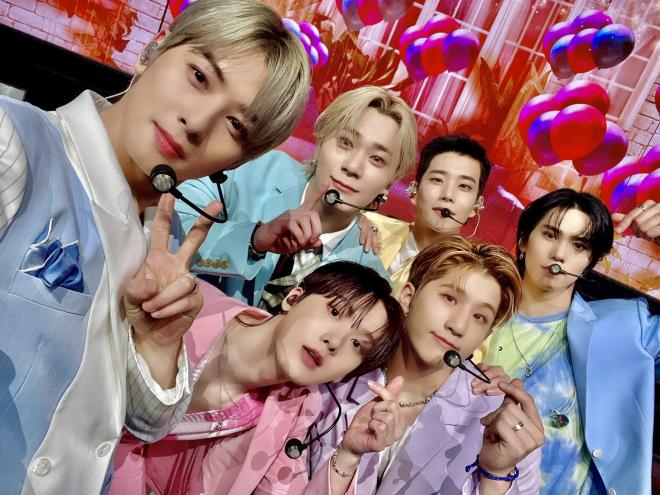 Despite the ongoing effects of the COVID-19 pandemic, ASTRO made sure that AROHAs had the best time during the one-night event. The group did a great job in bringing a whole new level of entertainment through various segments that highlighted their chemistry and creativity.

The fan meeting aired at exactly 5 PM KST via Bbangya TV. Revolving around the concept of going on a date, the boys shone effortlessly as they embody the fun and outgoing personas they have prepared just for the show.

ASTRO began the virtual party by showing a special video that displays the members’ charms and top-tier visuals. In the clip, the boys were seen preparing thoroughly with their respective date concepts, while sporting loving and attractive looks.

As if asking AROHAs on a date, the group further enthralled fans with their mesmerizing facial expressions and attractive gestures. The end of the opening VCR showed all six handsome folks sitting on a couch, while wearing their brightest smiles. 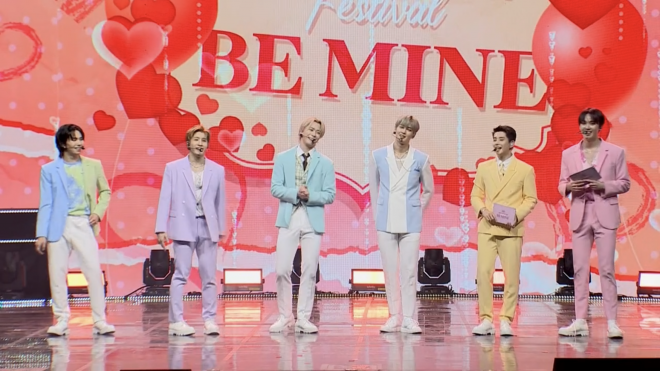 Following the theme of the event, the group continued their opening performance with the song “Confession.” During this particular stage, MJ, Jinjin, Eunwoo, Moonbin, Rocky and Sanha were all giving different heart signals to fans as a way of showing their gratitude and admiration.

The group then introduced themselves one by one and greeted their supportive fans right after. Their happiness was really evident right from the start, making the event more remarkable than ever.

To facilitate a smooth-sailing show, the eldest and the youngest members of the group, MJ and Sanha were selected as the official MCs.

As the theme of the fan meeting was about the group going on a date with AROHAs and asking them to become officially theirs, ASTRO presented their ideal date settings. 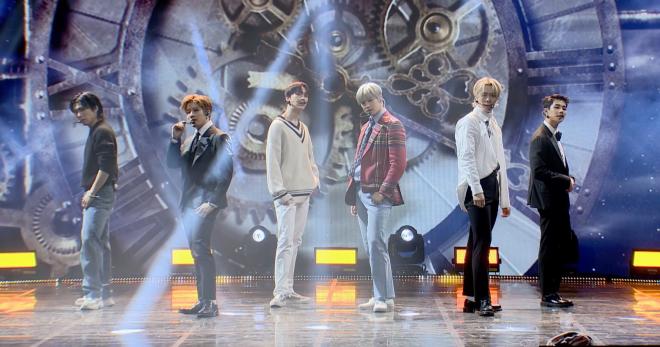 For the group’s resident visual, Eunwoo, a bicycle date on Han River would be the perfect one, while Jinjin said that he would enjoy spending a day with fans at a hotel, while eating good food.

Moreover, the group’s main dancer Rocky stated that a café date is what he prefers the most. He added that he wants to go an a walk as well in a place with majestic sceneries are all can be seen.

Perfect for his bubbly personality, Sanha said that a day with AROHA at an amusement park is definitely enjoyable and exciting at the same time. He further stated that he wants to wear a cute headband with fans and take lots of pictures together.

Meanwhile, MJ wants to have a relaxing cruise date, while Moonbin would love to have a lone time with fans while admiring the beauty of cherry blossoms.

ASTRO AS A CHEERFUL GROUP

The six dazzling boys also presented their ideas for a surprise event, with Eunwoo winning the poll with his romantic cooking concept. Afterwards, ASTRO also displayed their date looks, ranging from formal to extremely casual. Moonbin took home the crown for this segment with her laid-back look, featuring the necklace with the Aroha ring on it.

Letting their bright attitudes and rich friendship take over, the group also made the audience’s laugh their hearts out with a hilarious segment. Tasked to raise the heartbeats of one another, the group exhibited their variety skills, while doing different antics to make each other’s pulse get faster. 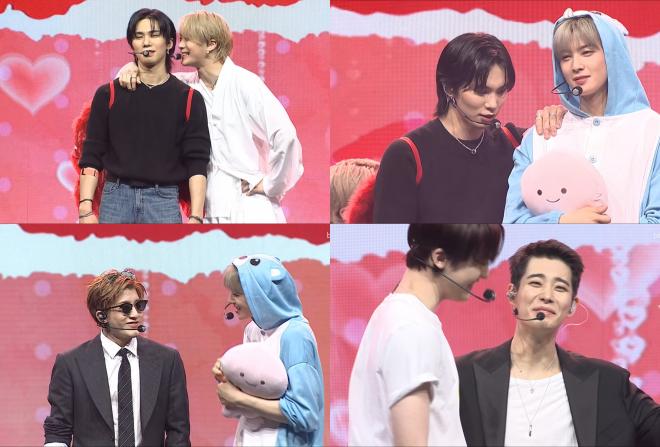 While embodying the assigned personas they came up with, ASTRO displayed their genuine friendship in front of spectators. They also proved what it is like to be a group with members who excel at different fields.

ASTRO AND AROHA AS ONE

While sporting their respective dapper outfits, ASTRO owned the spotlight with their breathtaking production, featuring their other hit songs “Knock” and “When You Call My Name.”

Another VCR was shown as the fan meeting comes close to its end. The clip showed ASTRO reminiscing about their historic and enthralling past. From remembering their debut showcase to recalling the feelings from their first music show win and concert, the group became emotional while thinking of the hardships they went through just to be where they are today. 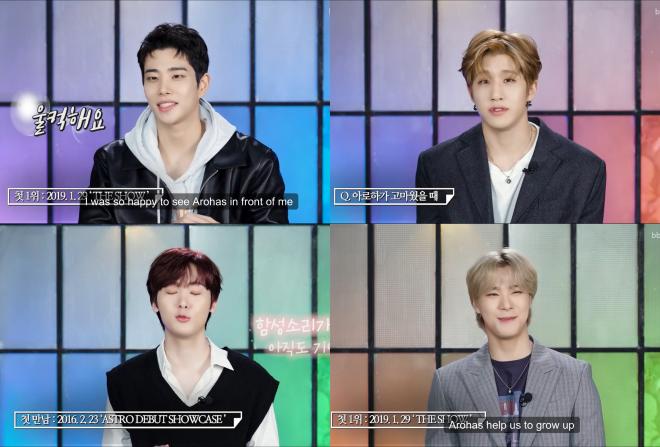 Rocky said, “I am thankful to AROHAs all the time. Even if we do make mistakes, they still love us. They are really amazing.”

Expressing feelings of immense appreciation, Moonbin said that he feels thankful to fans the most during his birthday. Seeing messages such as “Thank you for existing” means a lot to him. AROHAs are one of the reasons why he keeps going.

ASTRO was not the only one who went all in and out of their way to make fans happy and to create a warm atmosphere. AROHAs also gave the talented group a surprise gift. Letters written in different languages from fans worldwide were displayed on the screen. One of the members, Jinjin, admitted that he was on the verge of crying right after the clip. 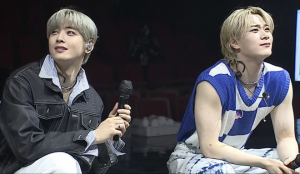 Among the things happened during the event, the exclusive performances of their newest tracks “All Good” and “Gemini” are what is worth mentioning. Notably, the two songs are part of their upcoming second full album ALL YOURS, slated for release on April 5.

Exhibiting his incredible talent with words, the group’s leader MJ composed the song “Gemini.” It is a mellow and emotional song that highlights all members’ impressive vocal abilities.

Meanwhile, the group’s charismatic rapper Jinjin wrote the other song “All Good”. It boasts a vibrant melody that will instantly boost AROHAs mood. 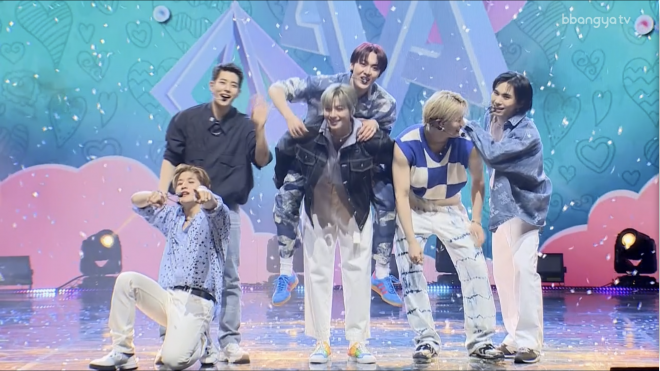 Adding to the splendid vibe of the song, the lyrics are so comforting. It delivers the message that as long as the group is with their fans, everything will be okay. Since it is a song full of assurance, “All Good” will definitely accompany fans through their bad days.

Capping off the fan meeting, ASTRO said,  “Although it is an online fan meeting, it was a pleasure to meet with fans after a long time. While preparing for the stage, I remembered a lot of old times. I’ll be an Astro who doesn’t forget that time and keeps trying, so always cheer up next to me. I hope everyone will be healthy until the day we meet in person.”

The group is currently gearing up for their comeback with the album ALL YOURS and its lead track “One.”

Hellokpop thanks MJ Tonz Entertainment and Fantagio for the complimentary pass to the event.