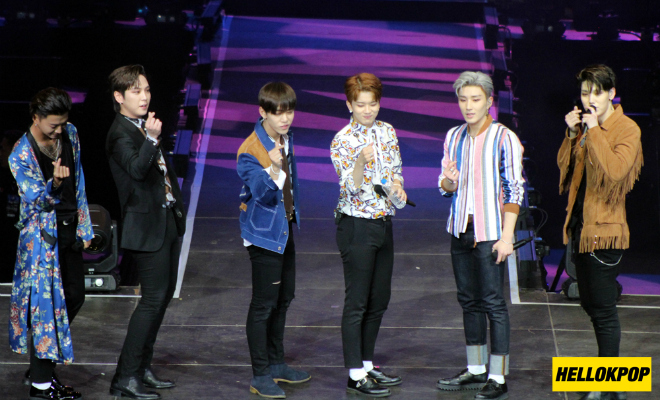 KIRIN, LUMOS E&M and All Access Production were not kidding when they said they will be bringing to the Philippines a “super-charged” K-Pop concert, which is to be one of the biggest K-pop music festivals in the country.

Mission I: Super Pop Con 2017 was everything super – from its line-up, headlined by B1A4, B.A.P, B.I.G, BTOB, Kriesha, PENTAGON and VIXX, to the performances and the warm words that capped off fans’ week with sweetness. Every moment was indeed super duper.

Here, we relive that July 7 night at the Mall of Asia Arena with 7 Super Moments of the Mission I: Super Pop Con 2017!

Clad in yellow suits and 100 percent charisma, South Korean boy group PENTAGON opened the night with “Can You Feel It” and “Pretty Pretty”, tracks from its second extended play Five Senses. The boy group then relayed that it’s an honor to be sharing the stage with their seniors in the industry, particularly their sunbae BTOB.

PENTAGON continued its stage domination with energetic and powerful performances, including the most recent song “Critical Beauty” from its album Ceremony. Despite the absence of Yan An who was unable to participate in the concert because of an injury, the nine boys delivered and successfully concluded their second visit in the Philippines.

And we know, you will probably agree that all feels exploded when the boys performed “Beautiful”, a pre-released track produced by BTOB’s Ilhoon. How could a title describe a song perfectly, right?

Believe us, we really wanted to point one specific “super moment” during South Korean boy group BTOB’s stage. But the seven-member group proved it difficult to do so as every performance was specifically super in its own. 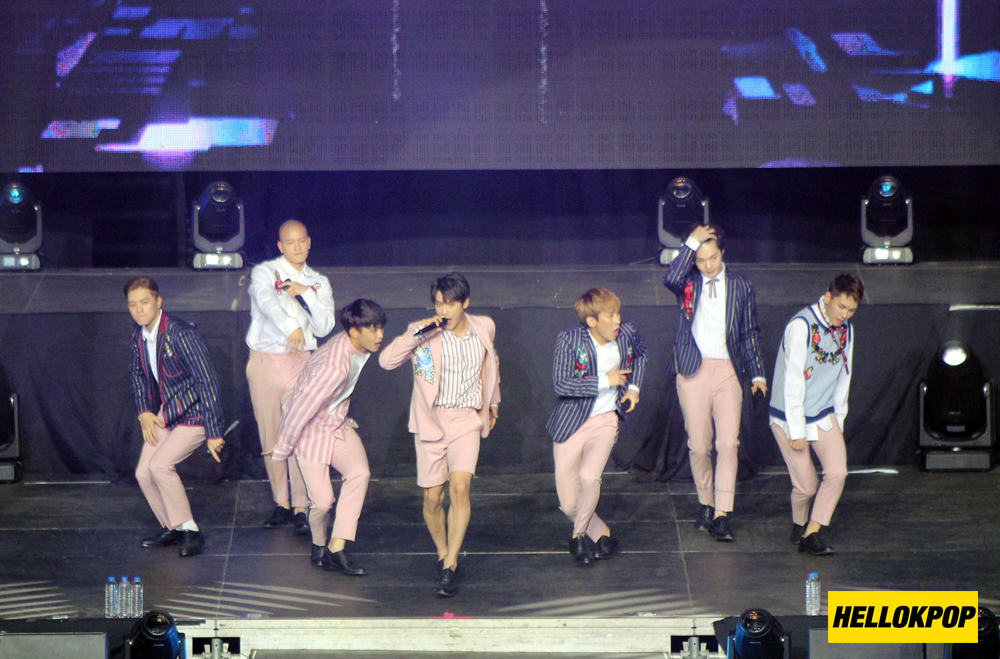 The septet began their stage with “I’ll Be Your Man”, which showcased the perfect harmony of the group’s vocals and raps. Every member fitted the song well that no vocal or rap was out of place. We personally love Changsub’s high notes that got our jaws dropping in awe. Probably, some of the best vocals and rappers in K-Pop are in BTOB, we swear.

BTOB also showed Manila what a talented group is with its diverse performances, ranging from dance songs to soulful ballads, such as “Second Confession”, “Someday” and “Movie”. BTOB also dedicated its song “It’s Okay” for the Philippines, which was recently struck by a strong earthquake. Through this song, it carried a hope that it can help in uplifting people’s spirit in times of calamities.

btob dedicated a song 'it's okay' to ph fans because philippines recently experienced an earthquake aww ?

Sungjae, who is popularly known to most Filipinos for his character in Goblin, was the crowd’s favorite. His visit was also timely as the finale episode of the hit tvN drama just finished airing on July 7 through a local TV network. 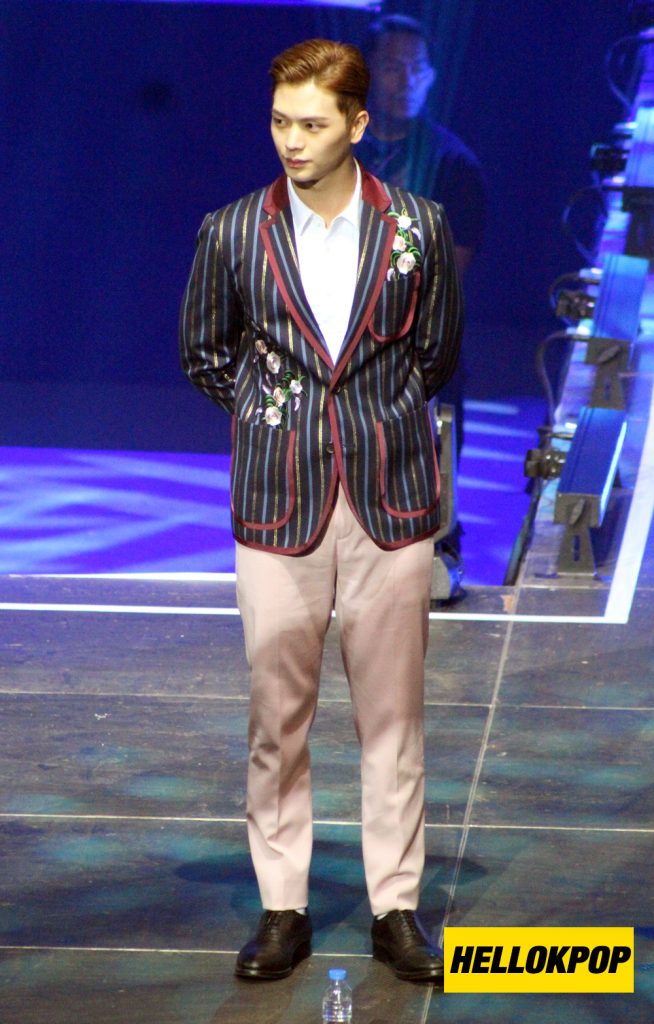 Super Moment #3: This is not a fantasy-la; VIXX performed Shangri-la

The last time VIXX visited the Philippines was in September 2016 for the 200th episode of Show Champion. Unfortunately, VIXX’s main vocal Leo was unable to join the rest of the group due to an injury he suffered while filming MBC’s Idol Star Athletics Competition. But this time, Starlights were treated to a complete VIXX. 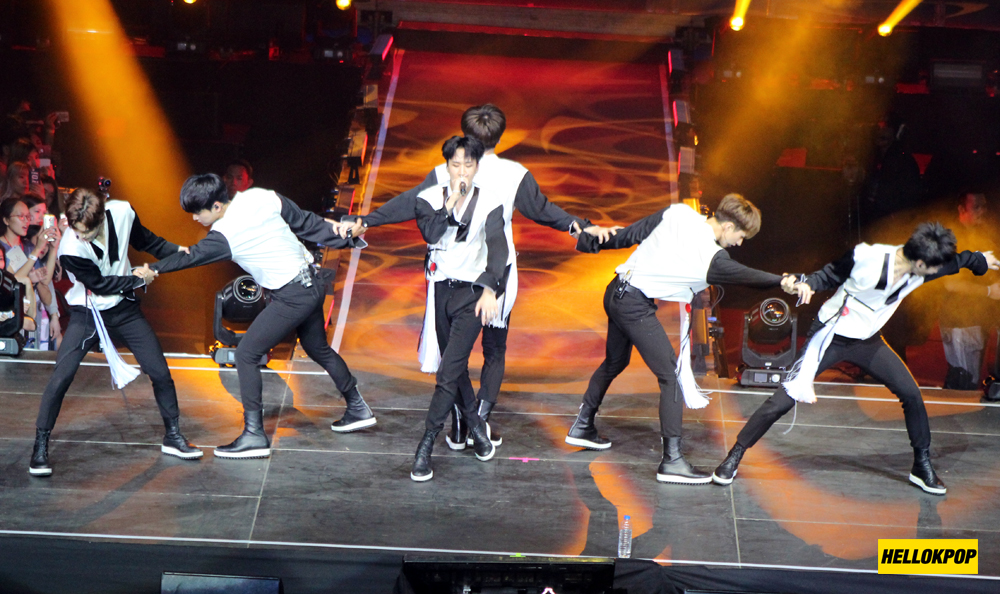 During the press conference, VIXX’s youngest member Hyuk sent his thanks to Filipino fans for their continuous enthusiasm and love despite visiting the country once a year.

And VIXX did not let the opportunity past to show their love for the Philippines as they introduced themselves in Filipino. Ken’s “Mahal ki kayo” was a bit awkward to hear when it’s supposed to be “Mahal ko kayo”. But surely, it sounded so cute that got us tickling. The effort was much appreciated by Ken too, mahal ka rin namin!

Mission I: Super Pop Con 2017 also marked the first time VIXX performed their newest song “Shangri-la”. We love the fan’s choreography and the stage outfits that fitted well with the concept. They are truly the concept kings!

Aside from “Shangri-la”, Manila witnessed the live stage of “Black out”, “Fantasy”, “On & On”, and “Love Equation”, which saw youngest member Hyuk trolling Leo with his own photo. 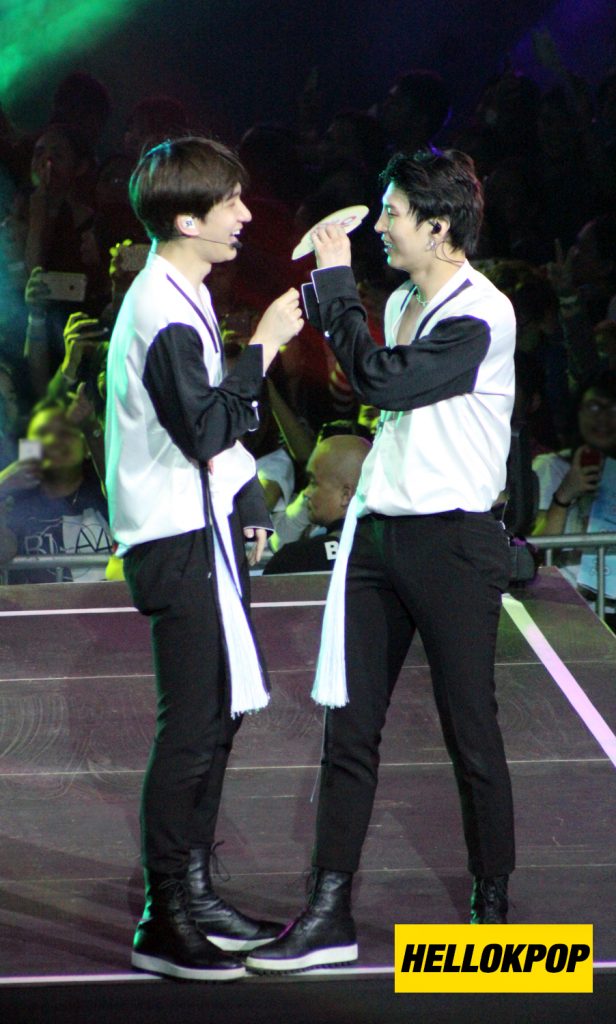 Five-member B1A4 got our hearts wanting for more during its last visit in the Philippines. We loved the cheerful songs they performed last time, but cannot deny that we long to hear and watch the live version of “A Lie”.

Jinyoung, Baro, Sandeul, Gongchan and CNU seemed to have heard our request. After kicking off their stage with “What’s Happening?”, the quintet performed “A Lie”. The longing for the song was testified by the fan chants that accompanied it. Can we also give plus points to Sandeul for those high notes?

They also took us to a trip down memory lane with previous tracks “Lonely”, “Baby Good Night” and “Good Timing”. BANAs were also in for a good fan service, as the members went around the stage to interact and play with the gifts thrown on stage. 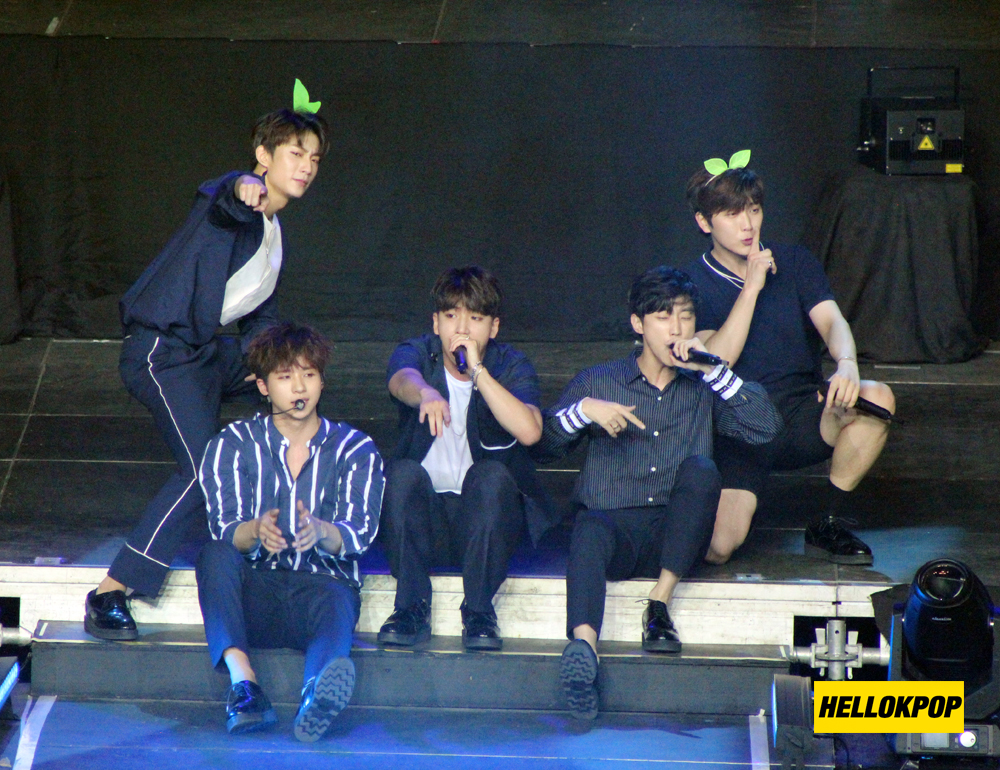 Since her stint in K-Pop Star 6, Kriesha got Filipinos tuning in to show their support for the Filipino-American singer, who was born in Manila. 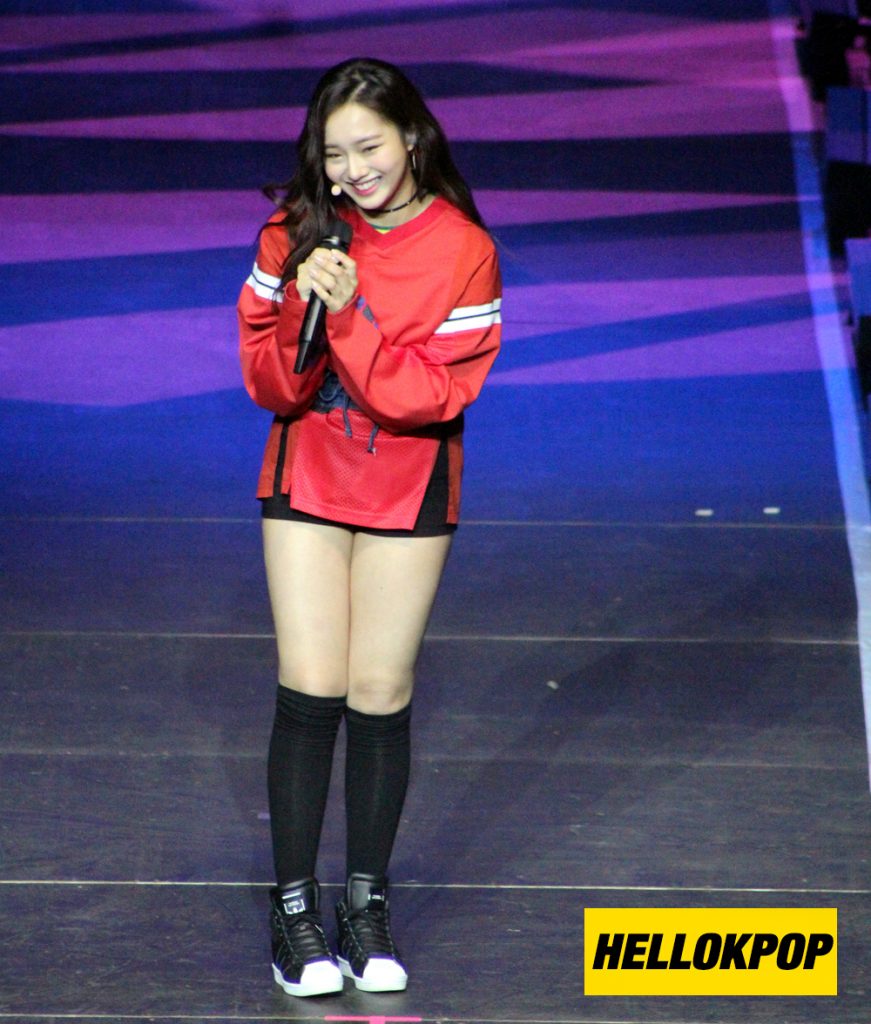 The rookie singer marked her first performance in her birth place with her debut song “Trouble”. She also prepared a special gift to fans – a finger heart! It was really adorable and sweet but Kriesha has more in store for fans. Aside from a finger heart, she gifted her Filipino fans with the original Pinoy music “Kung Ako Na Lang Sana”, which got the audience singing along.

Kriesha Chu singing "Kung Ako Nalang Sana" ❤️ lmao it's hard to take photos/videos when the bouncer is just right in front of you ?? pic.twitter.com/7UsMNYX08h

She then capped off her stage with “I Want You”, which featured a rap by Highlight’s Jun Hyung. The Highlight member also produced Kriesha’s debut song “Trouble”. 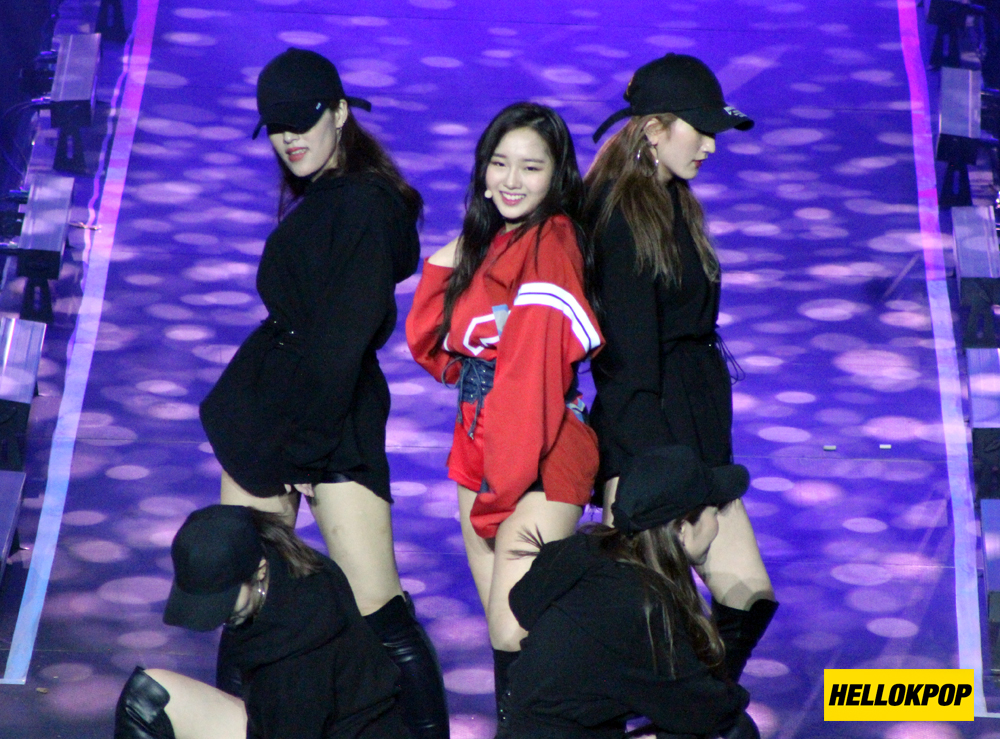 South Korean boy group B.I.G had us at “Hello” but won us completely over with ultimate fan service that caused us giddiness, lol-ed, and wanting for more of the quintet.

Member J-Hoon might have made a mistake of saying Malaysia instead of the Philippines, but this young lad quickly made up for it with constant compliments about the country and its citizens. Filipinos are hot and beautiful, he said. And okay, we forgive you.

He also expressed his admiration to the Philippines’ People’s Champ Manny Pacquiao with his cute boxing impersonation. But that was not the end of it – he also proposed to a fan!

Prior to Mission I: Super Pop Con 2017, the Korean boy group guested in a local noon time show called It’s Showtime, where they met Filipino comedian Vice Ganda. The comedian seemed to have left a lasting impression on the group as B.I.G said they are ready to hang out with her.

B.I.G did not only draw in audiences to their fandom hat night with constant fan service (which we approved, by the way) but also with its charismatic stages of “Aphrodite”, “Hello”, “1,2,3” and “Hello, Hello”. 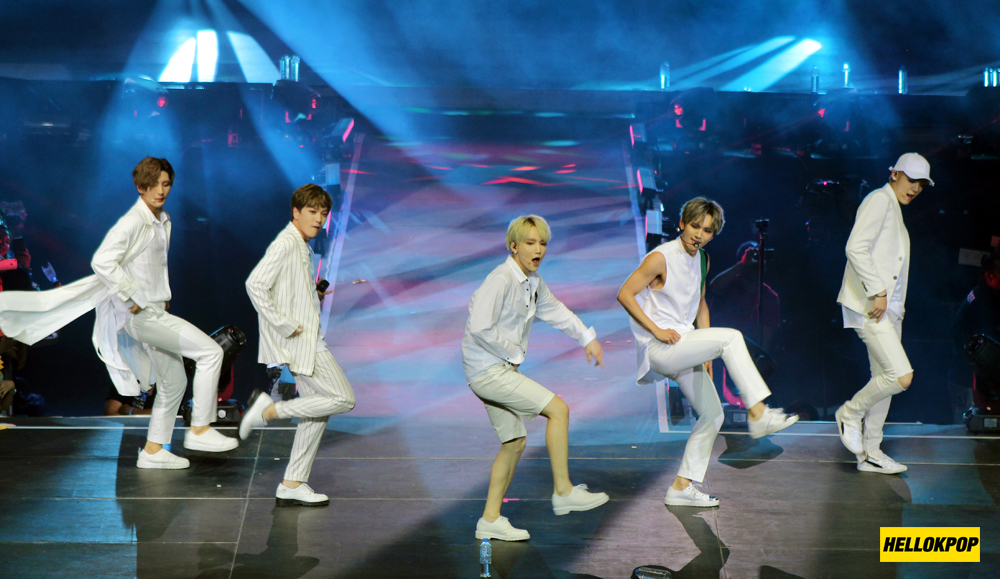 We know you want more of this group, and B.I.G knows it too. Fret not Philippines, these five boys will be coming back on September for the Manila leg of their Asia tour! 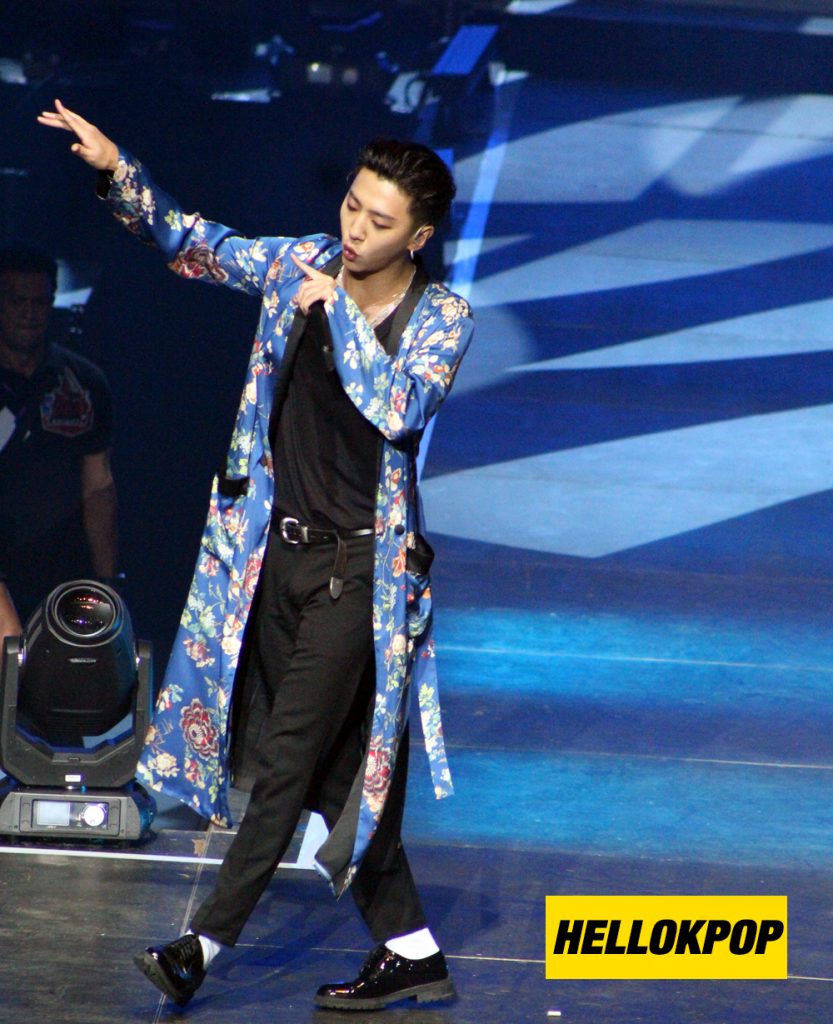 B.A.P is the best, absolute and perfect. We know it, and they have consistently proven this each time they visit the Philippines. But the six-member boy group are the best-est, the most absolute and the most perfect, when they are complete.

Their March visit in the archipelago got us missing leader Bang Yong Guk as he was on hiatus. But July 7 saw a complete B.A.P at the Mall of Asia Arena, performing their greatest and newest hits. And, no matter how many times we watch the live performances of its 2013 hit song “One Shot”, it was as enchanting as the first time. 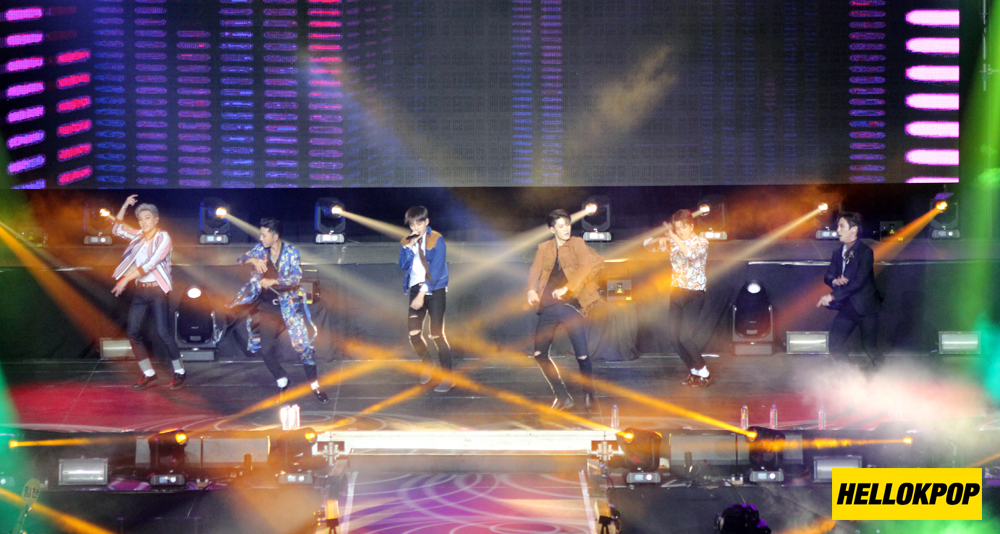 B.A.P also got our jams with “That’s My Jam”, hyping up the crowd even more. But the party was not over as the six-member group performed “Carnival” and “No Mercy”. We will never get over that “No Mercy” dance break, thanks to Jong Up! The boys then capped off the night with “Wake Me Up”.

Aside from the top-notch performances, Mall of Asia Arena also saw B.A.P gift the crowd with finger hearts. Because Hellokpop feels you, we are sharing this gem with you, BABYs. 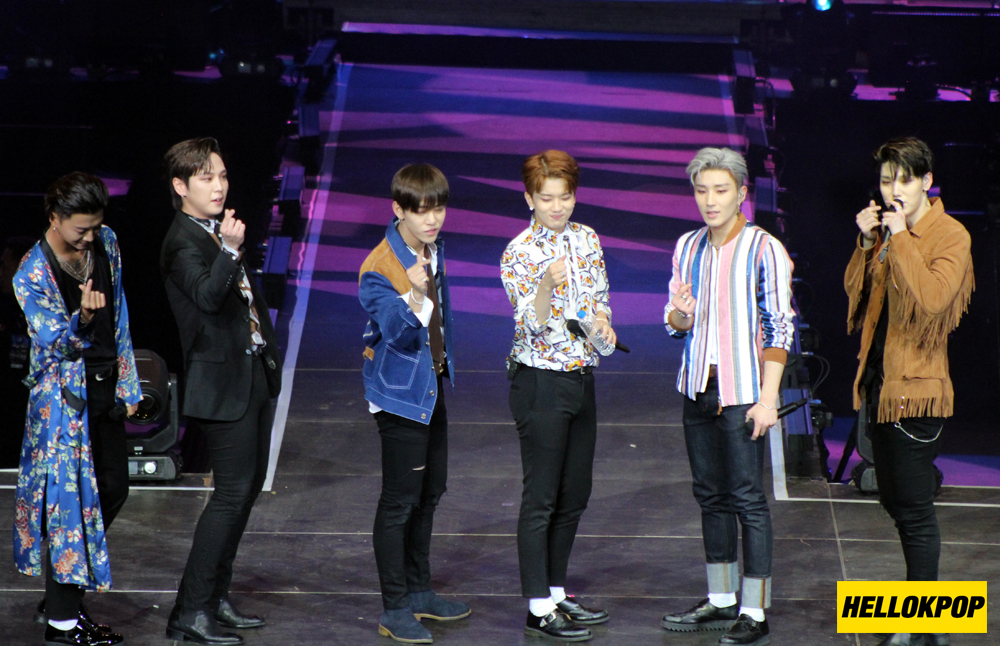 Mission I: Super Pop Con 2017 is over now. It’s sad, we know. This two-and-a-half-hour will never be enough to express the love and the feels. From the line-up and performances to the amazing crowd that completed the show, it was indeed a night of everything SUPER.

More photos from the press conference below: 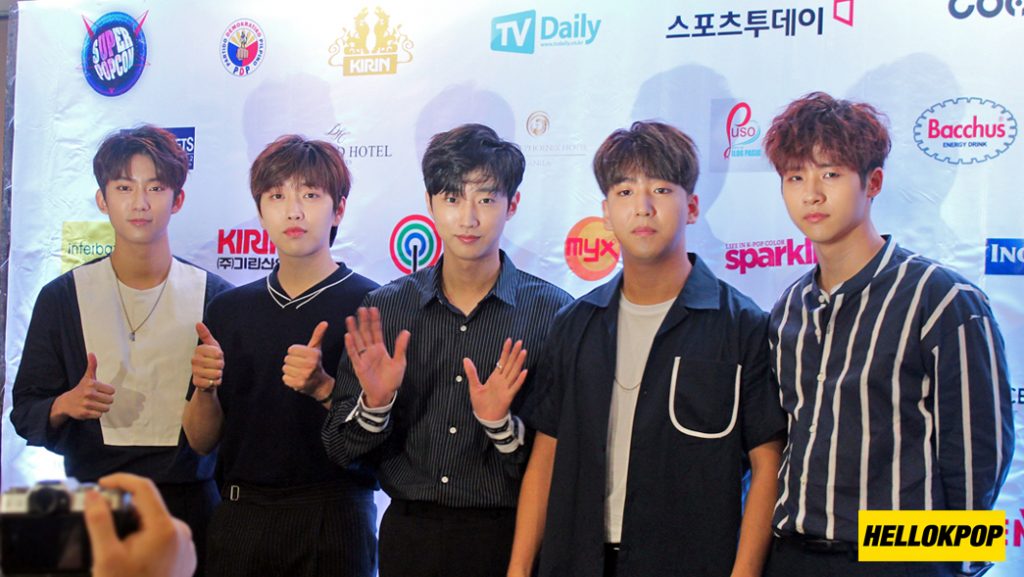 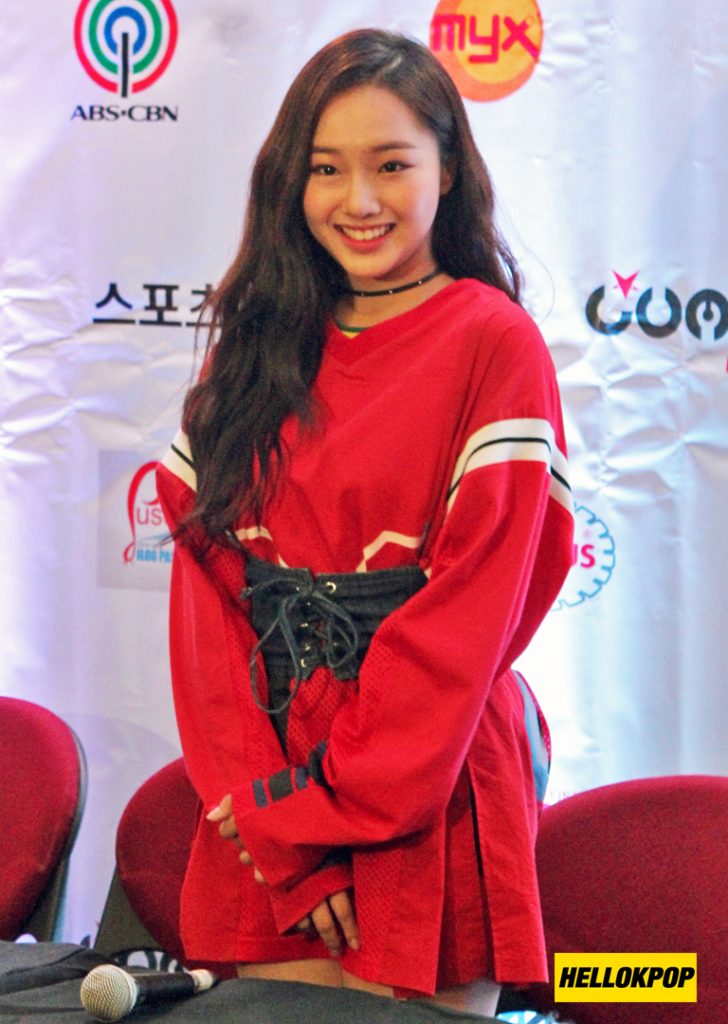 Mission I: Super Pop Con 2017 is brought to fans by KIRIN, in partnership with LUMOS E&M and All Access Production.