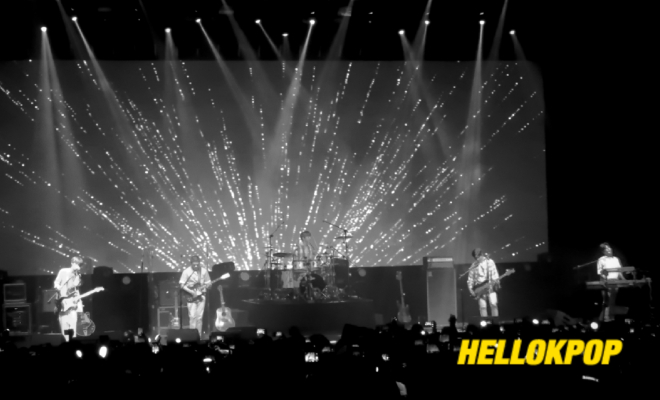 WARNING! Day6 can take you to explosive highs, living-the-moment lows and intoxicating in-betweens.

Fueled by the resounding cheers of its fans, Day6 put up an entrancing stage that was definitely worth the wait for Philippine My Days.

Jae, Wonpil, Young K, Sungjin, and Dowoon amazed Philippine fans that had long been anticipating their first visit via 1st World Tour “Youth” In Manila on October 6, 2018 at the Kia Theatre.

Over two hours of intense performances and relentless belting out of the band’s hit tracks and classic favorites, the audience unanimously wished for a longer night to spend with Day6.

We present you some of the best highlights from the concert that witnessed amazing interactions between Day6 and its loyal Philippine supporters: 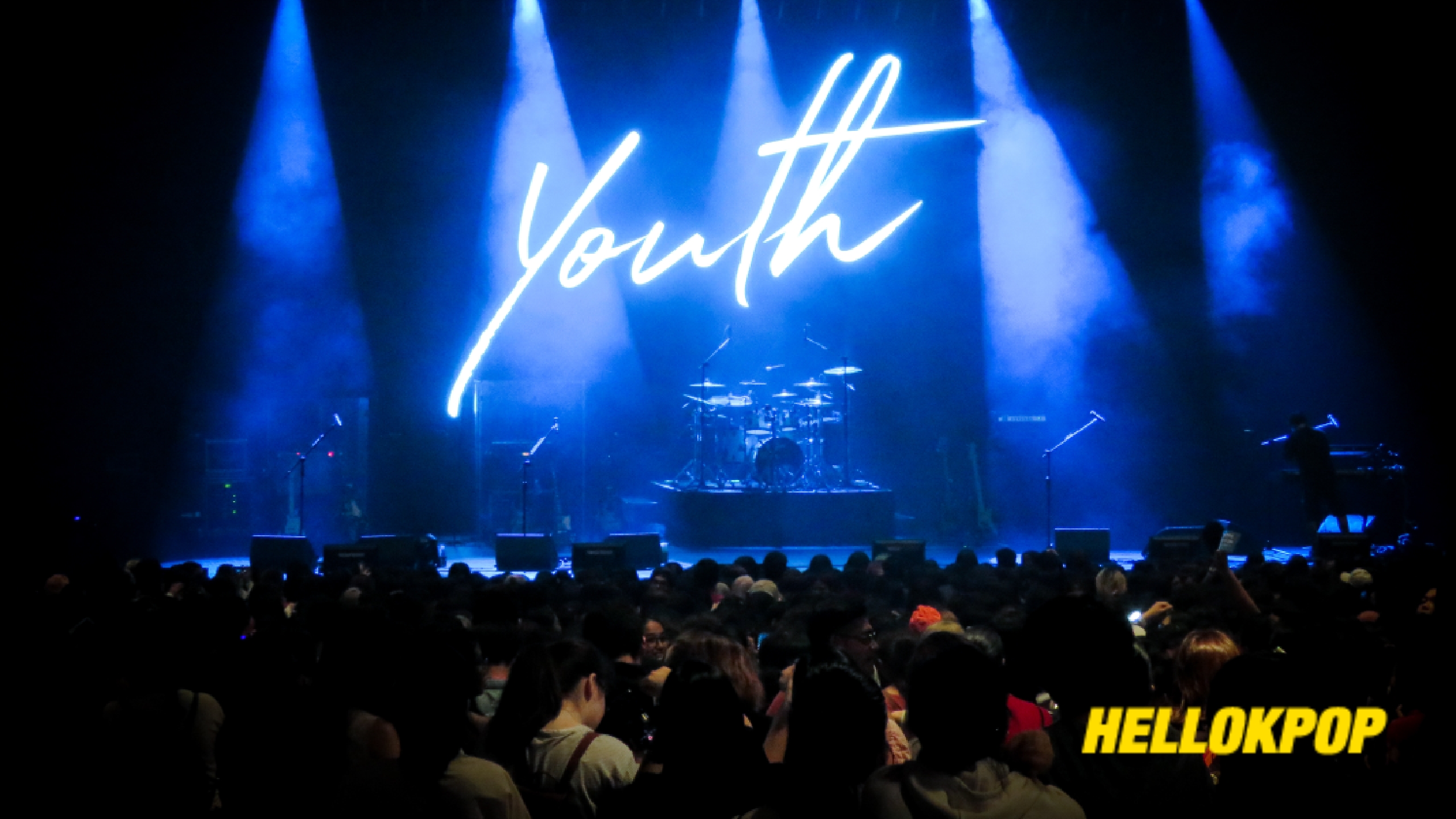 Ear-splitting cheers erupted from the crowd the moment lights dimmed and Day6 silhouette appeared on the stage. Returning the warm welcome from the crowd, the boys exploded to their opening set hitting “I Smile”, “First Time” and “Better Better” to pump up the audience.

Choosing Philippines as one of the stops for their first world tour, Day6 could not help but smile to the lively attendees, who roared even more when they greeted them “Mabuhay” (a local greeting).

To make Young K’s “promise to play” in motion, the members slayed their performances of “Whatever”, “Say Wow”, “Pouring”, and “Somehow”.

From spirited rock renditions to smooth slow music, Day6 made sure that Philippine My Days got one of the best days of their lives, with solid performances of “I Need Somebody”, “I Wait”, “Like That Sun”, “Be Lazy” and “Dance Dance”.

The frenzied track performances were heightened by the perfect synergy of on-site fans, who were unitedly responsive to the elevated energy level that refused to tone down because of the fired up melodies enveloping the venue to the rafters. 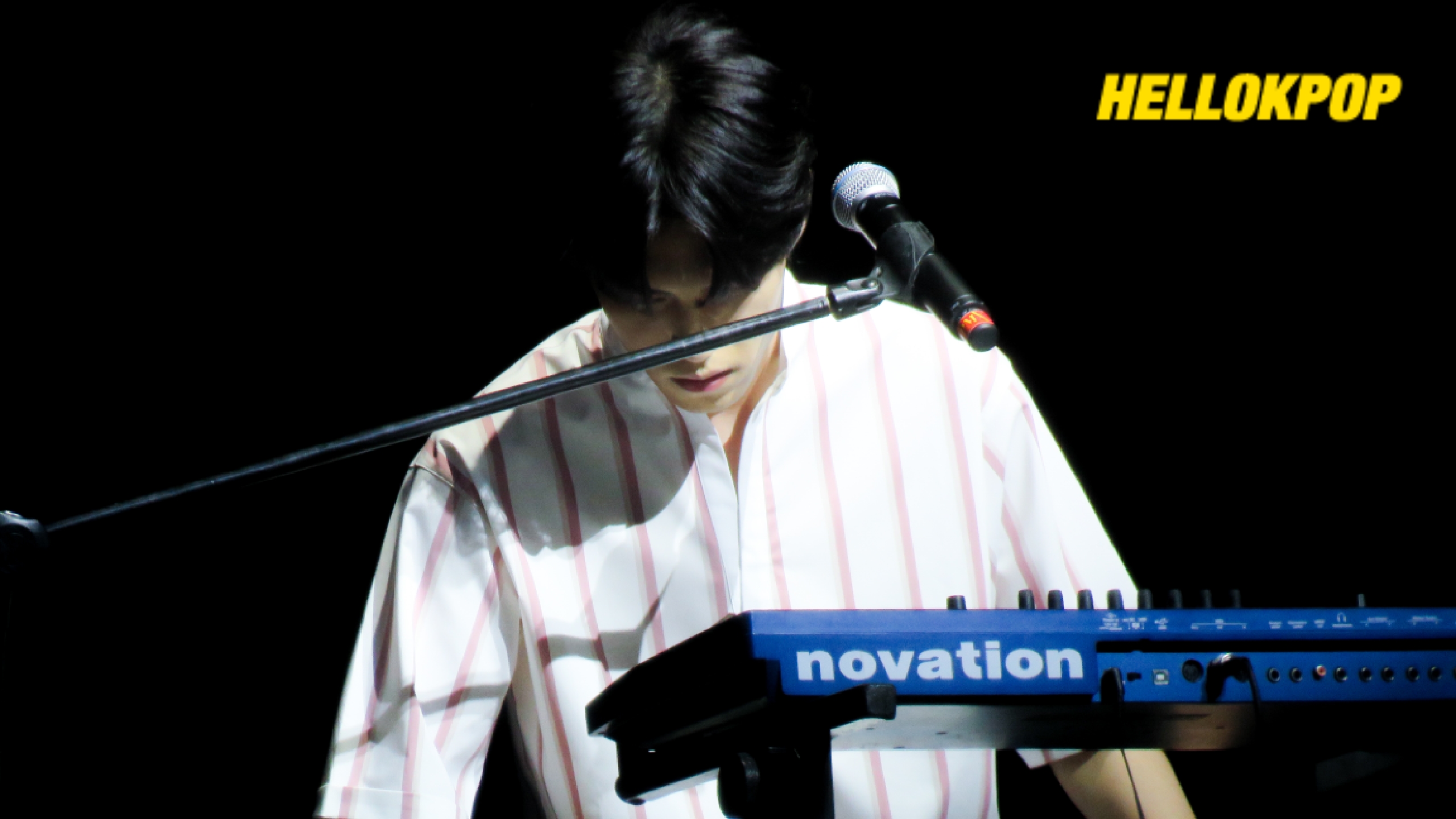 Did we say how fascinating Philippine My Days are?

Even Young K almost ran out of adjectives to describe their supporters, who took time off their schedules and watch them perform live. On-site My Days seemingly practiced all the songs of their idol band in preparation of the concert. The result was amazing harmony as fans sang along with Day6 in tracks – “What Can I Do”, “WARNING”, “I’m Serious”, and “Talking To”.

Feeling the fusion of the voices to their fans made Day6 really happy. Dowoon remarked how fans were crazy, continuously firing them up because of their unwavering energies.

4. Fans came to sing with Day6

Catching breath, Sungjin and Jae both remarked how they sweated a lot because of the pumped up audience. Jae was even teased to take off his shirt, but he cutely evaded and told the viewers to clap for such a great job in keeping the intensity level at a high note. 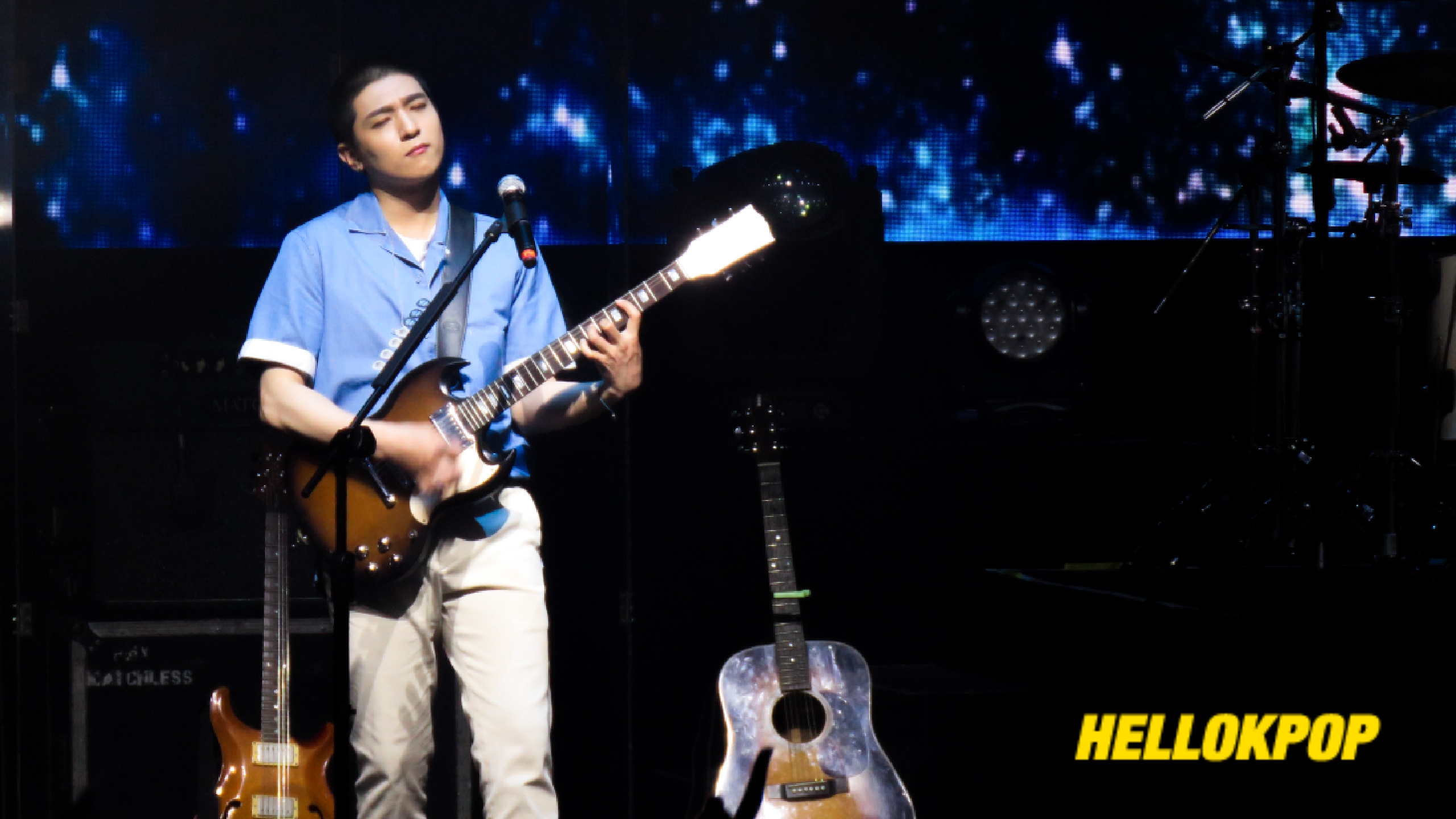 Then Young K teased the fans by moving in slow motion to signal the next set of songs they were about to unleash, hyperventilating the groupies in the process.

Guns felt like being triggered in the air as the crowd sang not just fleeting lines but entire verses of songs impromptu, like they had been rehearsing with Day6 for a long while as back-up singers. *chuckles

The impressed idols showed their appreciation back, with heartfelt and explosive numbers of “Shoot Me”, “Congratulations”, “You Were Beautiful”, “I Love You” and “I Like You”.

Aside from the superb stages and synergy of the band to their fans, the spontaneous interaction of Day6 won the crowd over with how willing they were to please them.

On the set break, Dowoon responded how awesome the fans were. Wonpil shot finger hearts to the accepting fans, and mumbled how the “Shoot Me” number was crazy, because Filipino My Days can sing really well just like them.

Appreciating the great food they had munched since arrival, fans chanted “jollibee”, (a local popular fast-food restaurant), making an instant charade game with the boys. Sungjin figured out it was something to eat through the audience’ lead as Jae finally voiced it out, with Wonpil exclaiming it like a eureka moment that made us giggle to tears.

Afterwards, the “yeah yeah” vocalization game ensued with all the members put on the spot to play notes with it. Even Dowoon obliged to the coaxing of the fans to try it. 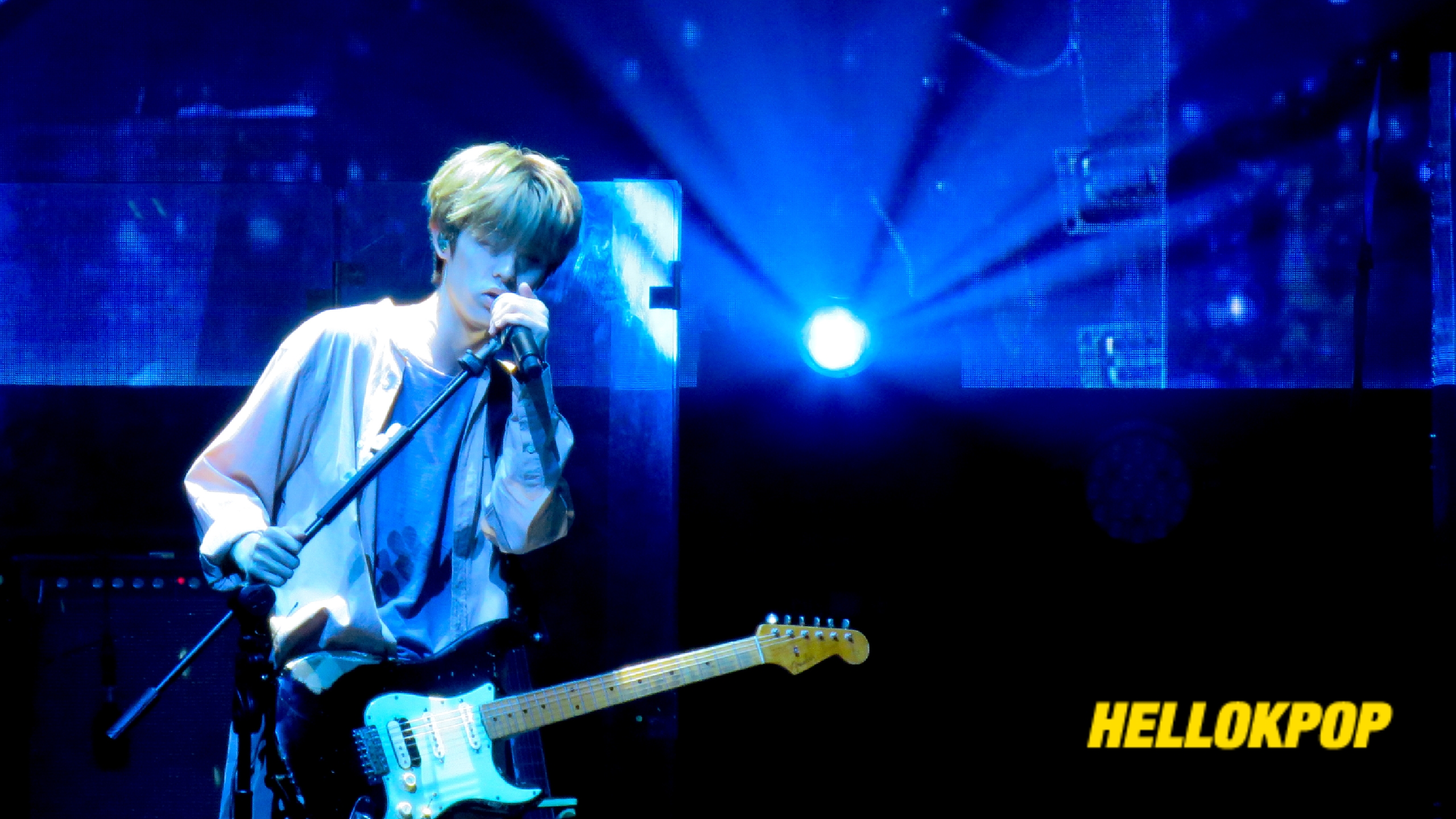 Jae revealed, how according to his research, a video presentation is important for a concert. So he led the group to a spontaneous filming, complete with cheap yet comic visual effects, multi-roles in the production, and sudden script changes.

The result was a youth trip video shoot, which made us all laugh out loud because of the boys’ resourceful attitudes and cute reactions.

From memorizing the songs to be in sync with Day6 in the concert, the special fan project threw us in awe, with polished video gift prepared by the fans – with live song in the background to accompany it.

Now, that was such a tremendous effort. My Days Philippines are indeed one of the best fan crowds that we (HelloKpop) have witnessed among all the events we have covered so far. 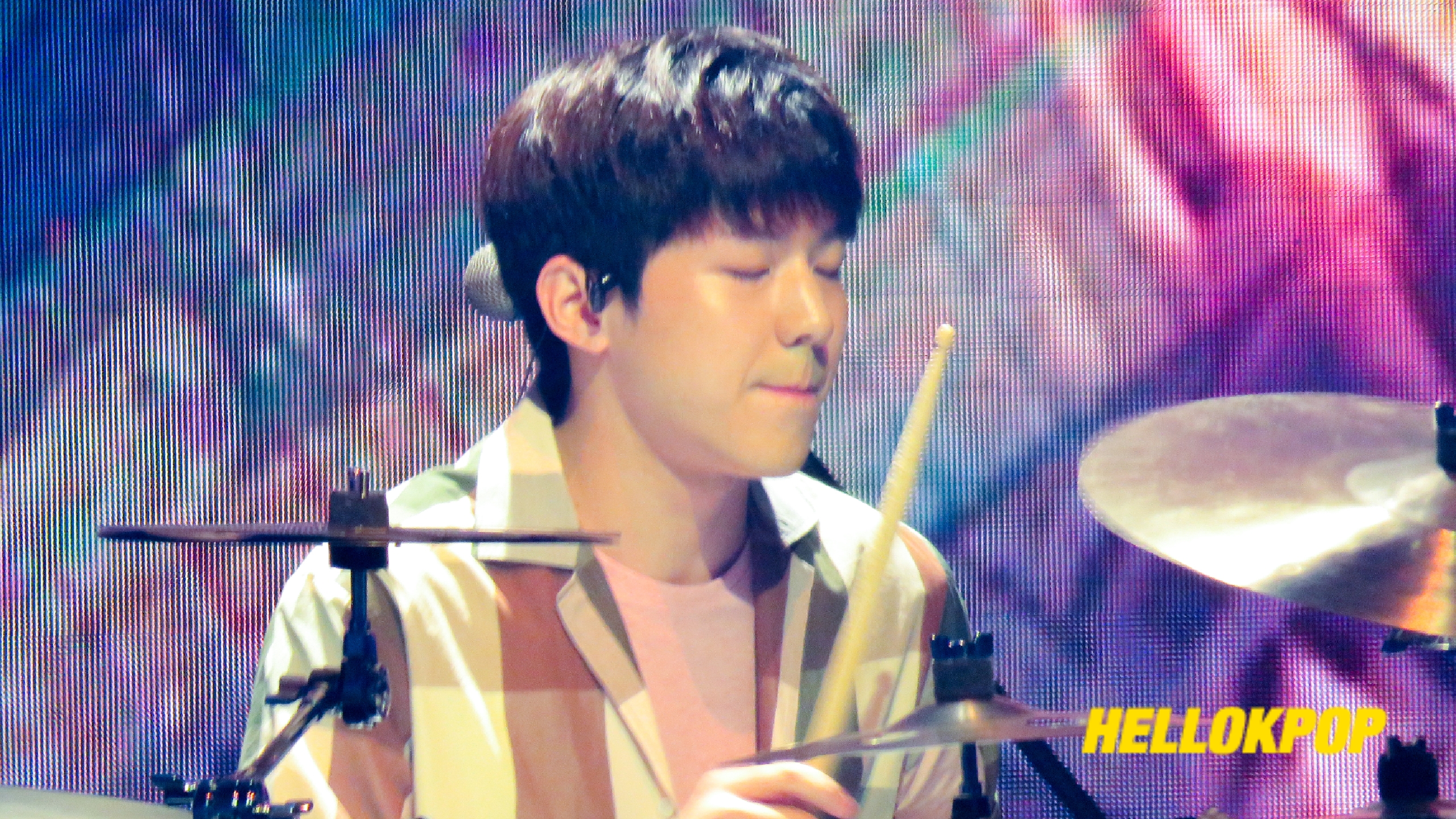 Almost in the waning period of the concert, Day6 and their fans were already totally in love with each other – that you could literally feel how they didn’t want to let go of each other and the night. Fans even chanted “Walang uuwi!” (No going home!), much to the delight of the band members.

One by one, they uttered warm words for one of the sweetest stops of their first world tour.

Wonpil expressed joy on finally being able to perform in the country. He shared how hearing their passionate cheers before coming to the stage got them energized to perform. He thanked the fans for the support and left them with such a grateful mood when they go back to Korea. He ended it with “Mahal ko kayo” (I love you) that followed with the loud squeal of the fans.

Young K felt honored to hold the concert in the country as it was more than what they expected. He said it was a pleasure singing with amazing people who motivated them. He asked if the fans were happy, and cited a line from their song about how fans going home gleeful would not forget the time they just had. He closed his special message with “Salamat po” (Thank you). 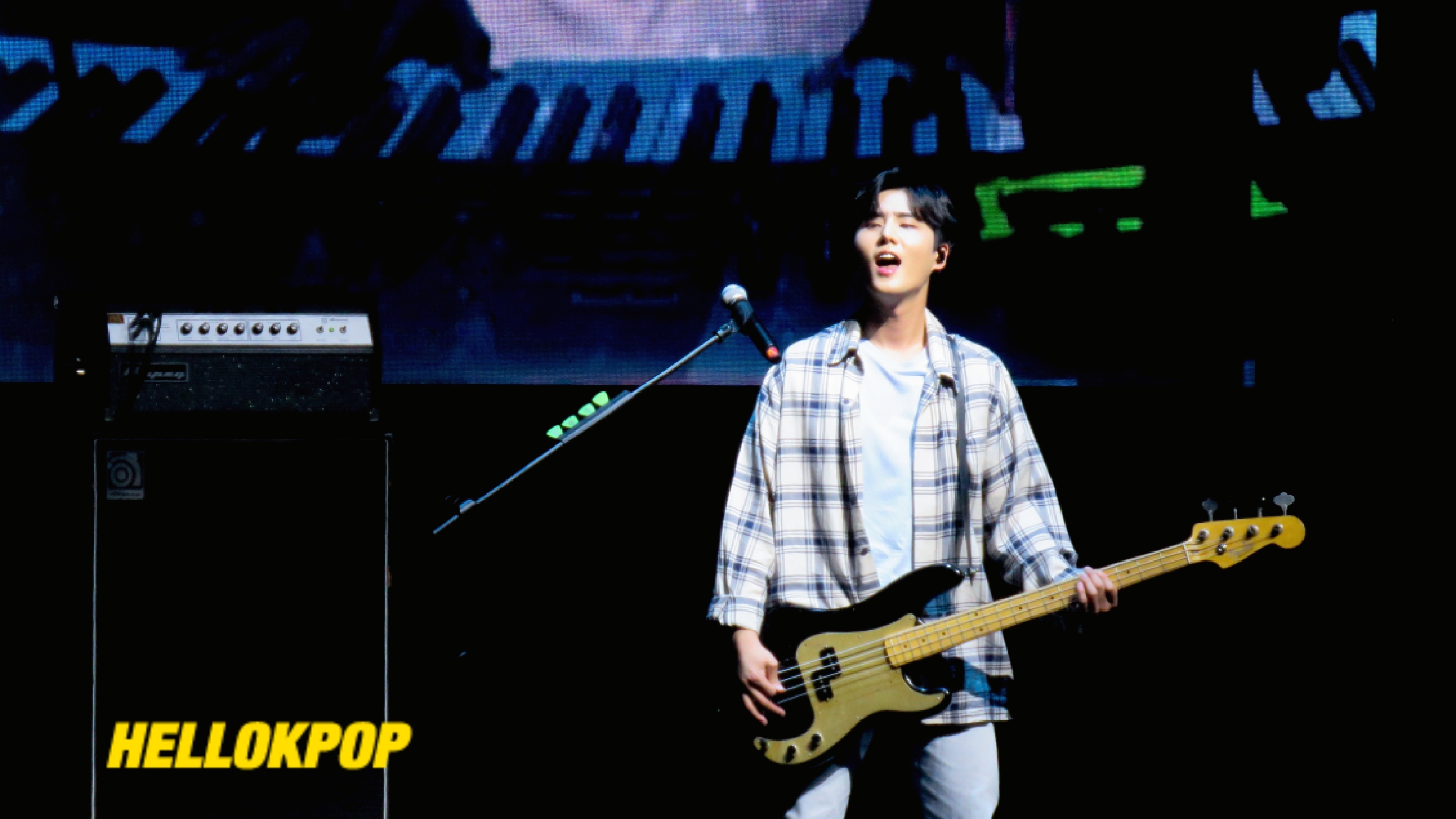 Dowoon expressed being grateful for all the memories since it was their first visit in the country. He shared how they worried if the attendees would enjoy initially, and thanked everyone for being one with them and with their music. He smiled wide, telling the audience “Sobrang saya ng gabi na ito” (Tonight is very fun).

Sungjin apologized for making Filipino My Days wait a lot for their first meeting with them. He was elated to realize how fans have loved them for a long time because they are worth it. He returned the sweet thought by telling their fans that they are also worth being My Days. He made everyone in the brink of tears when he said “Mamimiss ko kayo” (I will miss you).

Lastly, Jae felt sad they could not come earlier to experience the amazing crowd. He shared how the food was so good, and was able to fulfill his wish to eat lechon that made the audience smile. He pointed out how live fans were so loud and beautiful, and he made us blushed when he exclaimed “Ang ganda niyo!” (You are all beautiful).

In their finale set, Day6 gifted fans with send-off tracks “Letting Go”, “I Wish” and “Free”.

Another unforgettable moment here in Manila✨
Thanks to My day, perfect as always?#DAY6 #데이식스 #Youth pic.twitter.com/8ErNA7XZGF

Altogether, 26 songs and countless memorable moments were captured in the dazzling night with Day6 1st World Tour “Youth” in Manila.

Fans went home with a bucket full of wondrous memories with their cherished idol band, who were as equally happy as they were.

Check out our specifically curated playlist on Spotify of the songs Day6 performed during the band’s Manila concert below.

She is fond of The King’s Avatar, Kang Daniel, CNBLUE, EXO, IU and Red Velvet.