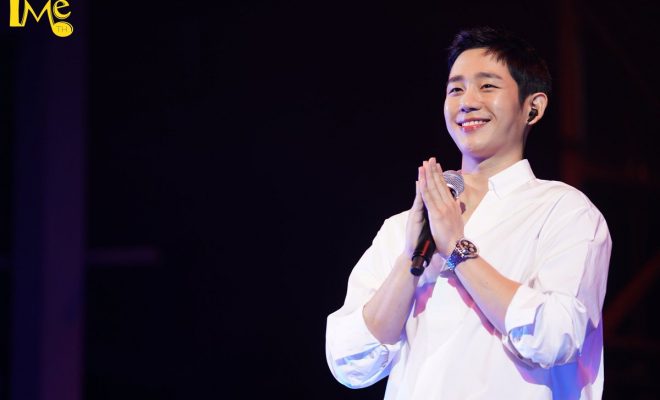 Thai fans had a night to remember meeting dashing actor Jung Hae In as he showered his warmth and generous smiles on his first ever fan meeting in the country.

Coming from his successful drama, Jung Hae In continues his SMILE fan meeting tour visiting Thailand for his second stop.

We got you covered in the intimate and well-organized gathering arranged by IME Thailand.

So, play some original soundtracks from Something in the Rain as we take you to all those memorable moments in 2018 JUNG HAE IN ‘SMILE’ FAN MEETING IN BANGKOK. 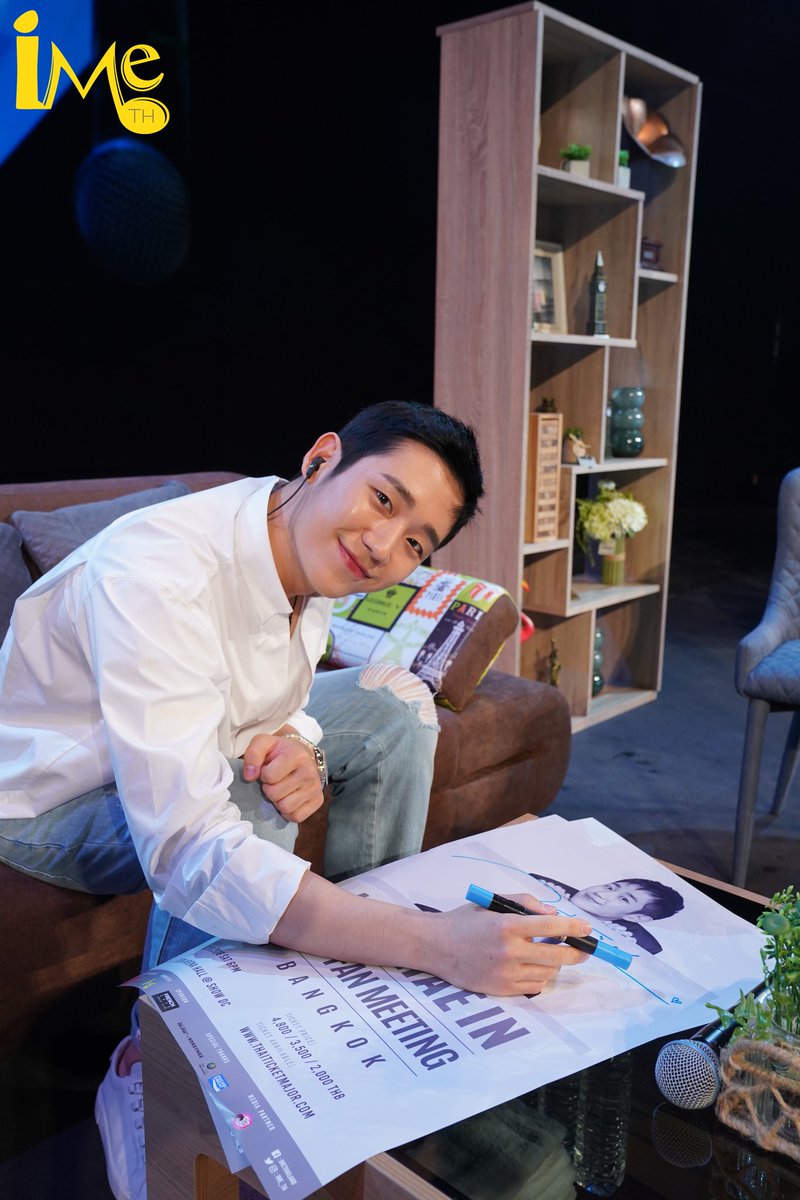 We arrive on a festive venue with fans orderly following instructions claiming tickets, posters and variety of freebies.

The elated fans wait for their turns to pose a memento shot with a giant event banner as the background.

As soon as everyone settled on their seats, Jung Hae In’s theme music in Something in the Rain raised the anticipation of the crowd who filled Show DC’s Ultra Arena Hall to the rafters.

Known for his quick-to-smile demeanor, Jung Hae In picks a soothing song number of “Today I Miss You”, a soundtrack from the drama While You Were Sleeping which he starred in last year to officially say hello to the attendees.

The perky host broke the trance experienced by the live audience as he went into business of welcoming the beloved actor.

Jung shared how he visited Thailand when he was young with his parents for vacation so he look forward to creating happy memories for his visit the second time around.

A post-it board which was set up for the fans to write questions and requests for the actor opened the sit-down getting to know session with Jung Hae In.

He cutely responded to a visible mental breakdown when asked if he can buy the requestor “bap” (food).

He also chuckled after agreeing to show his “angry” face on another request raised wondering if there was a change of emotion to his usual cheerful face. 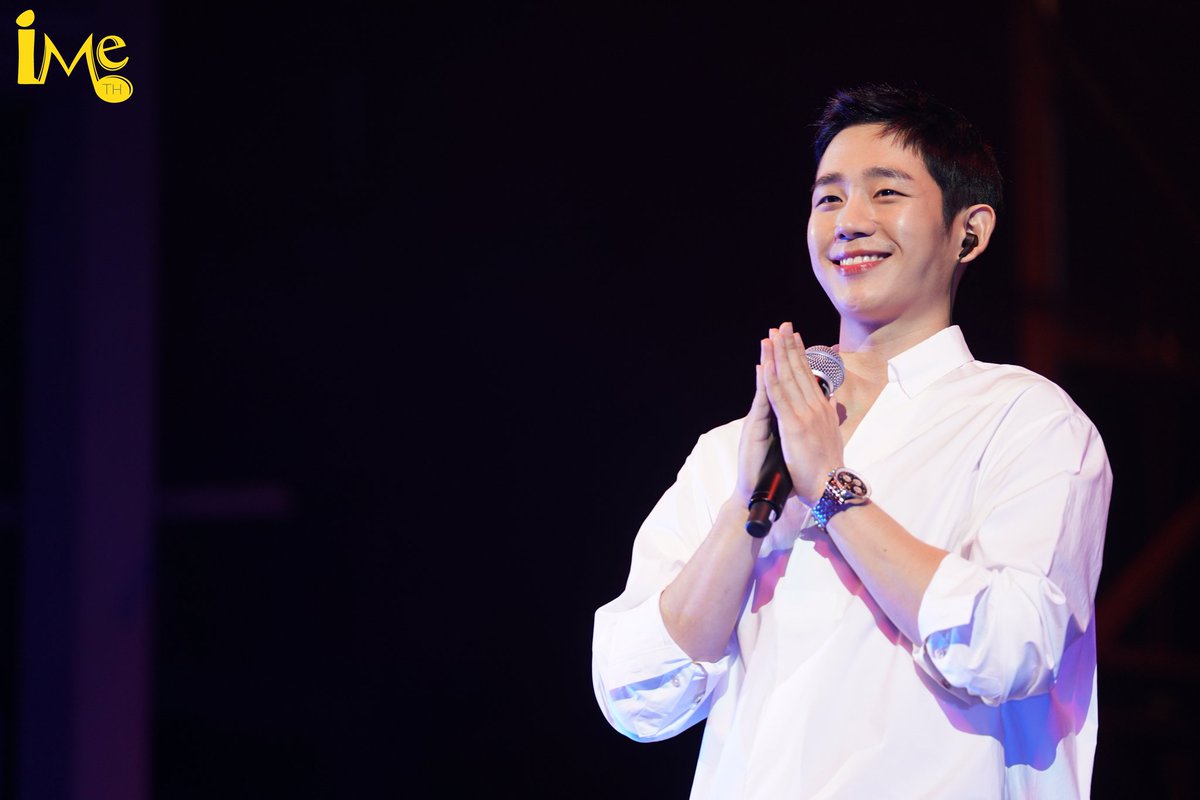 3. The shower of gifts and warm embrace

After Q&A portion, lucky onsite fans were called in to the stage selected through a draw.

Jung Hae In picked some gifts and signed posters to give to the lucky fans who also experienced a fleeting moment of bliss in his arms as the actor warmly hugged them.

An on-site fan who was given a video call perk can hardly contain her excitement on the experience firing up fellow attendees to laughter.

The actor giggled to the gregarious event host after mischievously calling him “oppa”.

Jung Hae In who sat down as he signed his posters went to an adorable extent of tucking the posters neatly and sealing it with an embrace after giving it to the lucky girls.

After a chill warm up, came delightful games which Jung Hae In gladly participated.

“Telepathy Game” involved the attendees who were given options to choose between two selections that should match the actor’s preference.

From there we learned tidbits of information about what he likes.

He likes seafood stew and nature trip especially going to the beaches. He prefers dog over cat and does not like hard-boiled eggs. He loves watermelon smoothie and massage. He listens more to ballad music than hip-hop and prefers summer more than winter.

The four finalists from the “Telepathy Game” moved to the stage to play basketball with Jung Hae In.

And yes, he melted the watching girls with his quick display of point shoot basketball skills.

Jung Hae In was also amazed on the steady hands of the ladies he played jenga with as they moved the blocks brazenly and with ease.

We loved his cute oh-no moment when his turn caused the jenga tower to collapse. 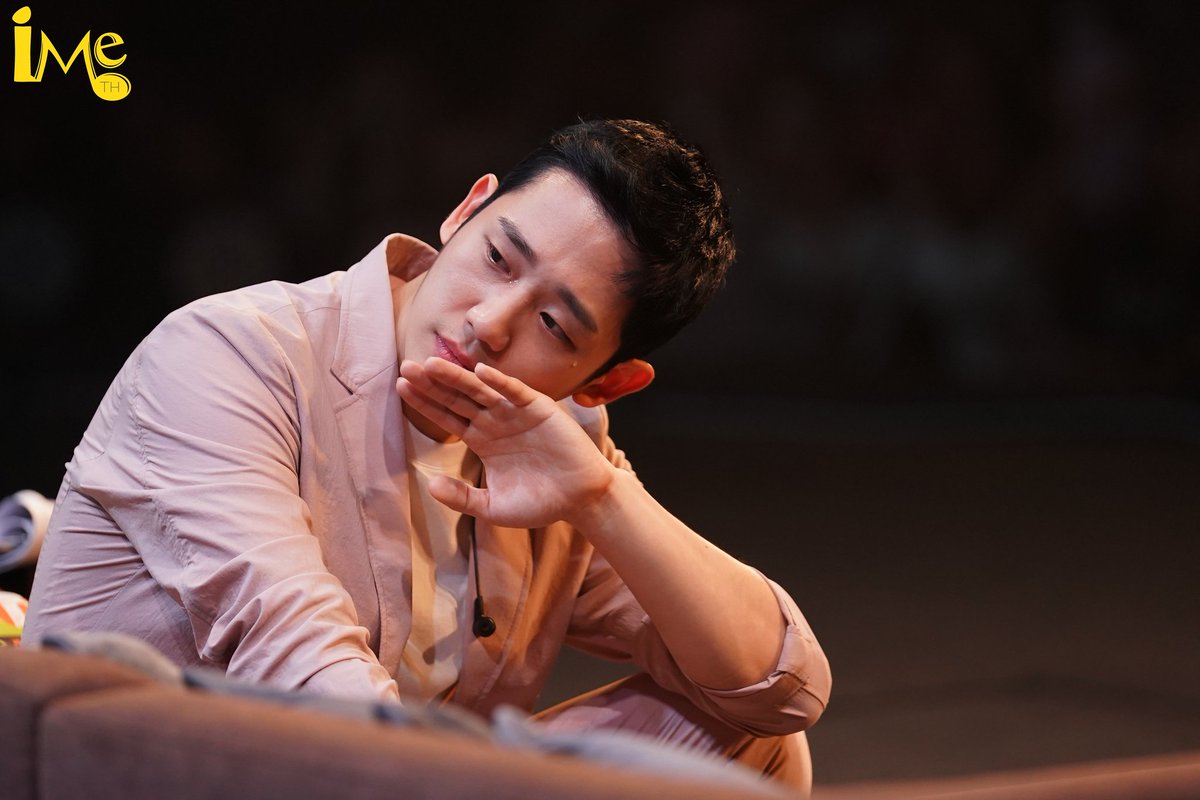 Bae Suzy also dropped by to cheer her co-star for his SMILE fan meeting tour.

Jung who has experienced an exponential growth in his career since last year also recorded a video message of gratitude to the fans for their unyielding support.

6. What Fans Mean To Jung Hae In

After a quick break, Jung serenades the crowd with his cover of “The Meaning of You”, a song popularized by Kim Chang Wan who made a cameo appearance as his estranged father in Something in the Rain.

Fans mean a lot to Jung Hae In and he picked the right song to express his gratitude to them. pic.twitter.com/RmpxblCK4t

The second half of the gathering entitled “Smile Moment” made Jung Hae In share anecdotes from when he was growing up while his childhood pictures are shown in the stage.

He mentioned how both his parents love taking pictures of him when he was young.

Jung also read heartwarming love letters he penned when he was young to his younger sibling and to himself.

A corresponding Thai translated text was already read with utmost emotion by the MC which made Jung Hae In chuckle.

7. What Jung Hae In Means To His Thai Fans

The special get-together also saw an affectionate gift prepared by Thai fans which made tears welled on the actor’s eyes.

A quick and sweet love letter to the actor with snippets of all the roles he played before warmed Jung Hae In who was made to reminisce all his hardwork.

Being with the fans who made his current sought-after status especially created an emotional surge for the grateful artist.

8. A memorable sea of smile

A collective photo opportunity which has been a staple moment for fan meetings capped off the unforgettable night for the fans of Jung Hae In.

He beamed when fans answered yes to his question if they had a great time and expressed how he is thankful for the strength he is getting from them through their love and support.

He mentioned that he will keep a photograph of his captured moment with them and urged them to give the best smiles they can give when they are joyful, and even more when they are facing problems.

It was indeed an extraordinary moment to remember!

Jung Hae In returned the amount of affection and success he has been getting the best way he can to fans who took their days off to meet him.

All throughout the endearing encounter with his Thai fans his smile was never wavering. 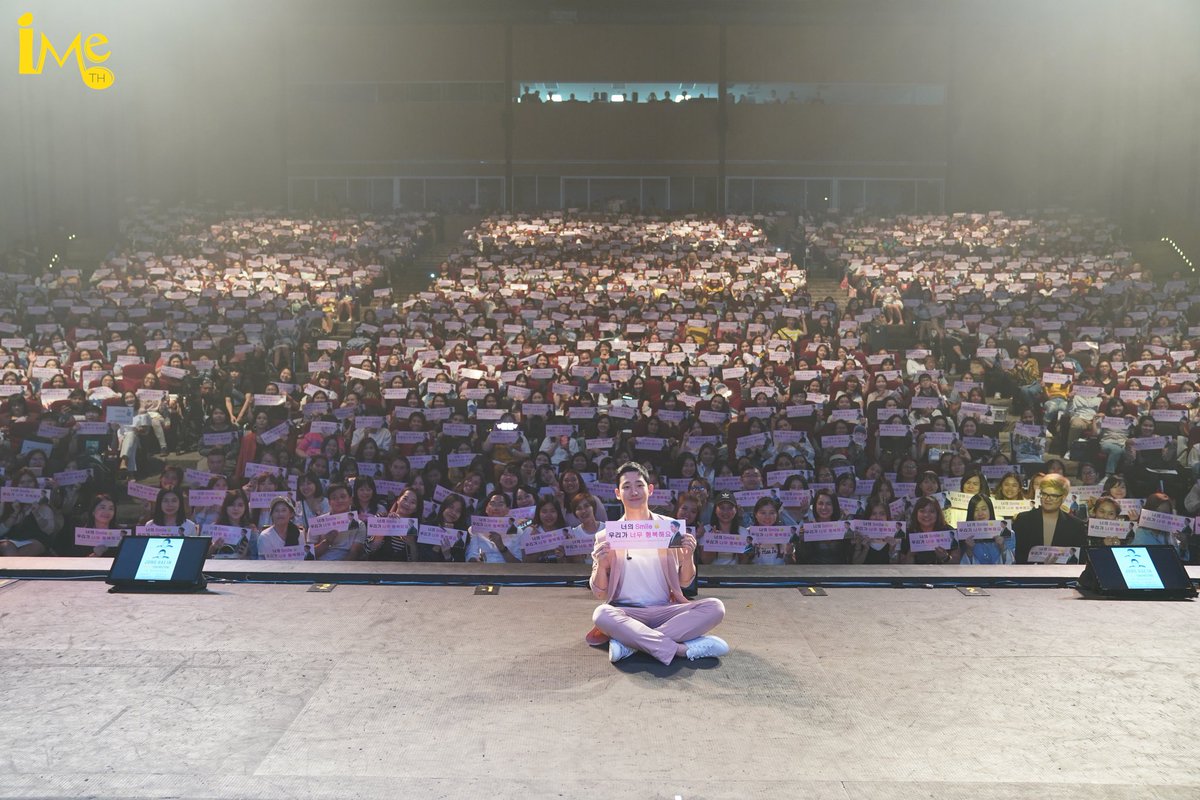 The 2018 JUNG HAE IN ‘SMILE’ FAN MEETING IN BANGKOK is brought to fans by IME Thailand in cooperation with FNC Entertainment.

Hellokpop would like to extend gratitude to IME Thailand for the invitation to the fan meeting.

FacebookTwitter
SubscribeGoogleWhatsappPinterestDiggRedditStumbleuponVkWeiboPocketTumblrMailMeneameOdnoklassniki
Related Items2018 JUNG HAE IN SMILE FAN MEETING IN BANGKOKJUNG HAE IN FAN MEETING IN BANGKOKJung Hae-In
← Previous Story Wanna One Officially Unleashed Golden Time In “ONE: THE WORLD” Seoul Kick Off
Next Story → Park Yoochun Is Forever Grateful To His Loyal Fans In His Birthday Fan Meeting In Seoul