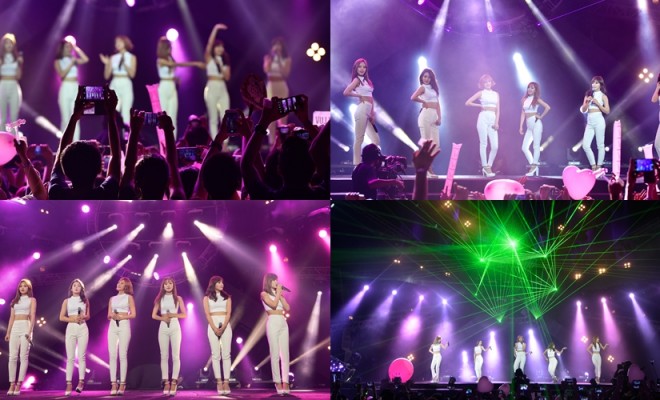 The old saying that goes like this: “things get better and better with experience.” It’s all true when MTV World Stage returned for the 7th year on September 12, 2015 at Surf Beach, Sunway Lagoon, Malaysia. With a stellar lineup featuring rising K-Pop group Apink, Jason Derulo, Carly Rae Jepsen, Sekai no Owari and Malaysia’s local act Stacy, this year’s event was a fresh set-up, totally different from previous years, making it an impressive night that’s hard to forget.

Starting from 2010 of the second year of MTV World Stage, MTV Asia began to invite K-Pop artists to the line-up; including Wonder Girls, BEAST, Jay Park, Kara, EXO and Boys Republic. This year, it was Apink’s turn. 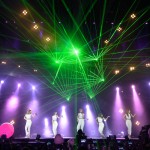 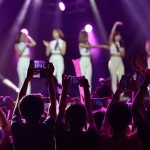 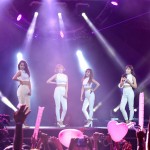 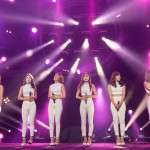 The girls did not disappoint the nearly 20,000 strong audience, as they put up a super energetic stage. The members of Apink; Chorong, Bomi, Eunji, Naeun, Namjoo and Hayoung, came on the stage for the first time, looking angelic in all white classy outfits. They kicked off their performance with the first track, NoNoNo, which is the title track from their 3rd mini album Secret Garden. Pink Pandas were already pumped up from the first performance with loud fan chants, as they had all waited so long for this day to see their idols right in front of them. The crowd also showed their support to the girls, as they waved and clapped the white cheering balloon sticks in the air to the beat of the track.

The idols stopped to catch their breath, then Naeun and Chorong spoke in fluent English, expressing their gratitude of having the group at MTV World Stage Malaysia 2015. The stage then continued with another two hit tracks, Mr.Chu and LUV. The songs were so catchy to the point that even non-fans were also able to catch the chorus lyrics and sing together. 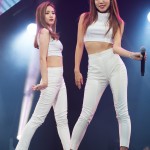 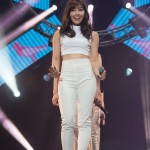 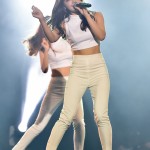 Apink introduced their last stage Remember, when Hayoung cutely spoke in Malay language “Jangan lupa kami” (Please don’t forget us). Eunji also shouted loudly “Are you ready?” to prepare fans for their last song of the night. At the intro of the track when the girls had to squat down, the fans did not let loose and gave their best in chanting for the girls. Through the big screens, fans were able to see Bomi’s surprised face, when she noticed Pink Pandas were enthusiastically singing the part for them.

At the press conference earlier on, Naeun mentioned that she wanted to talk to Carly Rep Jepsen, when the group was asked who they (the line-up performers) would talk to if there was an opportunity, while Chorong confessed that she is a big fan of Jason Derulo and his music, and she hopes she would be able to meet and have a chit-chat with him.  Much to fans’ surprise, the Apink girls were spotted by fans to be jamming to Carly and Jason’s explosive stage in their casual outfits. 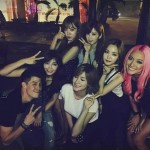 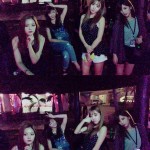 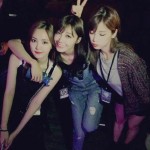 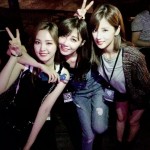 Recorded live for global telecast, the one-night only outdoor event, which is in its seventh year, brings multi-genre talents from around the world onto a single stage. The event hashtag #worldstagemy top trended in Malaysia and trended in Singapore, with an estimate of over 100 million social impressions within a day (Sysomos).

In the meantime, check out all the sneak peak performance videos of Sekai no Owari, Apink, Carly Rae Jepsen and Jason Derulo on MTV Asia Facebook page.

Special thanks to Edelman, Viacom International Media Networks and MTV Asia for the media invite.

Event coverage brought to you by Ms Phan Seckvoon, Editing by Adrian Cheng