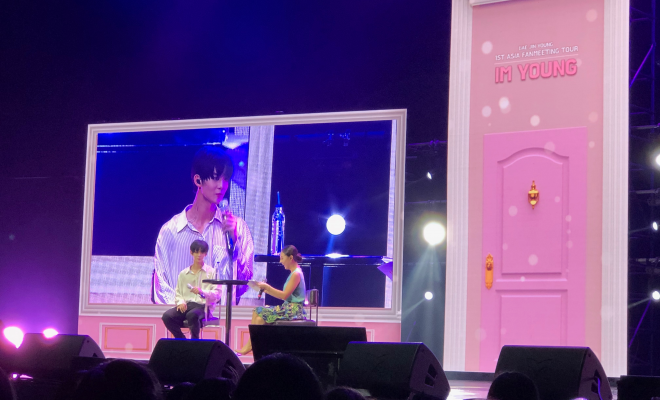 By Yann | May 19, 2019
FacebookTwitter
SubscribeGoogleWhatsappPinterestDiggRedditStumbleuponVkWeiboPocketTumblrMailMeneameOdnoklassniki

Bae Jin Young and his youthful charms filled up the Manila stage for the first overseas stop of his first solo fan meeting tour!

It was an utterly “Baebastic” night for fans of Bae Jin Young as the charismatic idol took over the stage of New Frontier Theatre in Manila on May 18. Displaying his various charms, he was set on a mission of making everyone fall in love with him in record time!

Marking the first overseas stop of Bae Jin Young 1st Asia Fan Meeting Tour <IM YOUNG>, the show gave Jin Young’s Filipino fans so many things to anticipate, especially as it is his first time to take the stage all on his own. 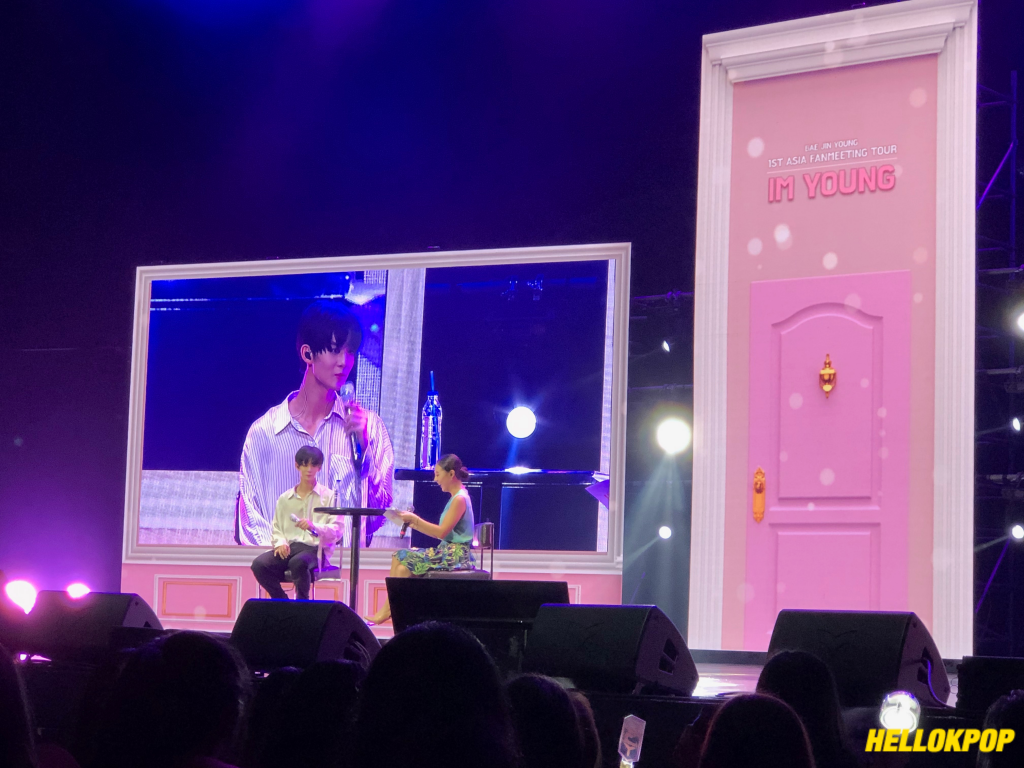 Without wasting any time, he opened the show with an adorable performance of his original song “Hug”. It immediately highlighted his cute charms which went really well with his all-baby pink outfit as seen on his official tour poster. Jin Young also treated fans, who began rooting for him since his days as a Produce 101 Season 2 trainee, by performing the group evaluation song “Oh Little Girl” on stage once again.

READ: 5 Times Bae Jin Young Made Our Hearts Beat With His Onstage Performances

Giving his fans no time to breathe, the former Wanna One member quickly changed the atmosphere into a sexier mood. He made jaws drop with his cover stage of The Weeknd’s song “The Hills”. Proudly telling everyone that he choreographed his number himself, he took in all praises for such an attention-grabbing and mesmerizing performance. 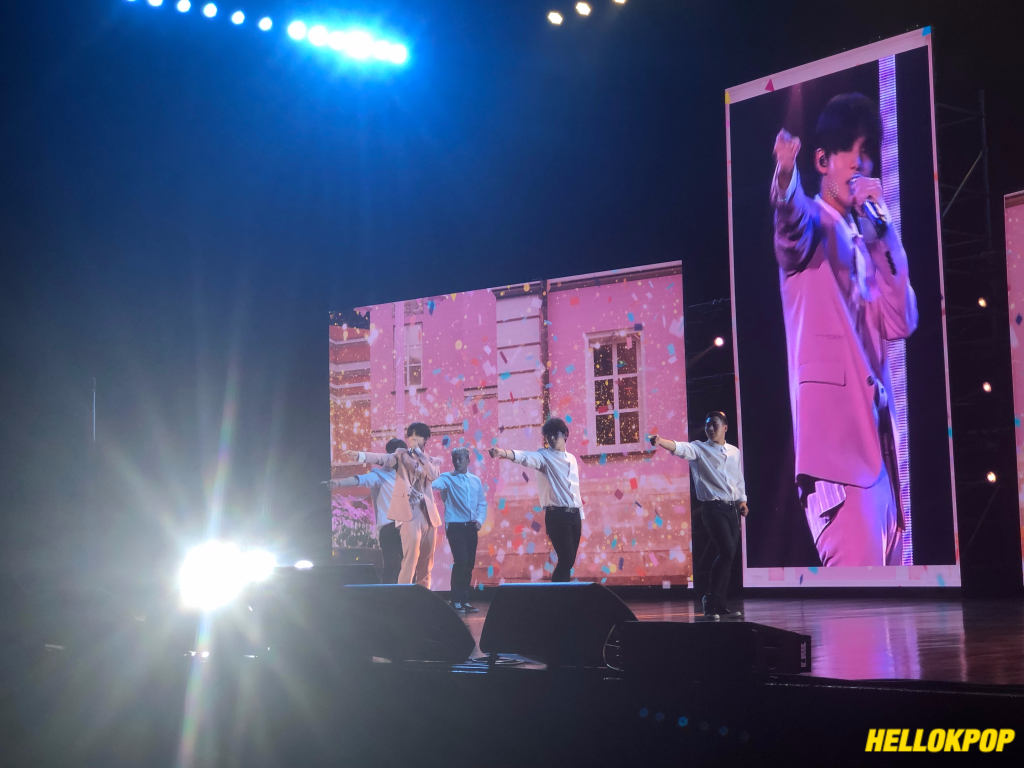 Of course, Jin Young sent the onsite fans in frenzy with a trip down the memory lane through a live number of “11”. The track hails from his time as a member of Wanna One. Additionally, it is a song from the group’s subunit Number One – composed of fellow maknae liners Park Ji Hoon, Lai Kuan Lin, and himself.

Up close with Bae Jin Young

Following his intense stages, Jin Young took his time to chill out with his fans and connect with them through the talk segments. Starting off the fun, he cheekily told everyone that he had just finished showing two sides of him through his performances – which are “Cutie Bae-bae” and “Sexy Bae-bae”.

His fan meeting’s first segment “Three Wonders of Bae Jin Young” had the idol verifying “mysteries” like his unchanging, forty-five-degree angle selfies and his face’s proportion to his height. His total height is equivalent to his face’s size multiplied thirteen times!

Unable to escape, the fans’ sweet taunting, he reenacted his famous PR video for Produce 101. With an impromptu showcase of his aegyo, he danced to “Boombastic” in traditional Korean clothing – a la Park Bo Gum. 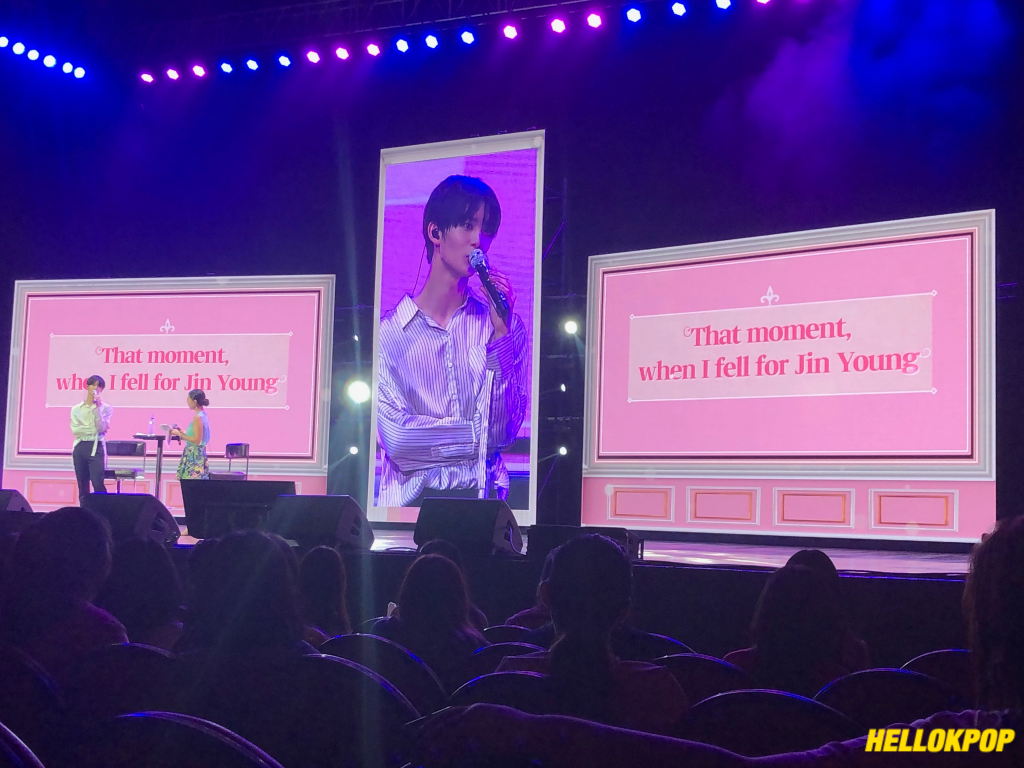 Other segments like “The Moment I Fell For Jin Young” and “Make My Wish Come True, Young” brought the idol closer to his fans by revealing more interesting insights about him.

From sharing that his favourite nickname is “Bae Bae” to calling his older female fans “Ate”, older male fans “Kuya”, younger fans “Bunso, and fans of the same age as “Kaibigan”, Jin Young made sure everyone had a great memory of him to keep as the night slowly neared its end.

After the fun-filled talk segments, he went back on stage to serenade fans with his solo debut song “Hard To Say Goodbye”. The performance highlighted the idol’s deep, sultry voice which easily evoked the emotion from the sorrow-filled song. He said it captured his exact feelings as his memorable night with his Filipino fans reaches its end.

Not wanting to leave the fans and close the night with such a sad song, Jin Young returned on stage for an encore dance cover of Justin Bieber’s “Baby” – because he is, indeed, the one and only “Baeby”! 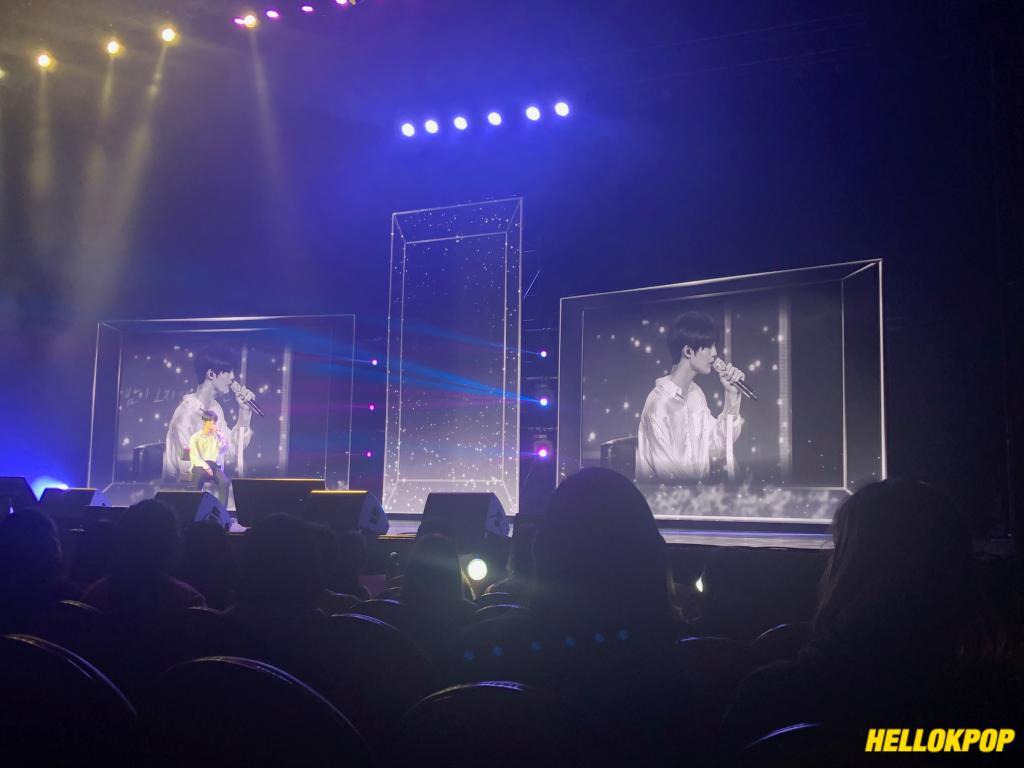