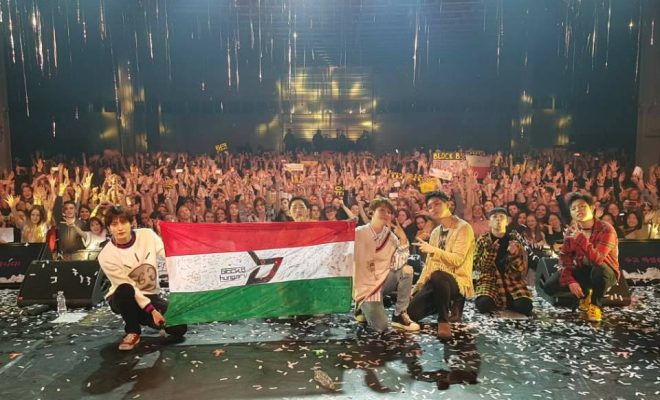 Block B visited Hungary for the first time, and rocked the house!

“Stop wishing, start making!”, this is the slogan of MyMusicTaste, a crowdsourcing platform dedicated to bring artists to where fans are most willing to see them. That was how Block B‘s ‘2017 Live BlockBuster in Europe’ came to be. Committed BBCs voted and completed daily missions on the site, and on 3rd March, the dream finally came true.

The boys arrived to Budapest on 1st March, and they went sightseeing the next day, posting photos on Instagram. The cityscape seemed to impress them all!

On March 3rd, fans from all regions of Hungary, as well as neighbouring countries started flowing into Hungexpo, a large exhibition and event venue in Budapest early in the morning. Some were there even as early as 8 o’clock.

At 10 am, Seven Seasons announced that P.O was unable to attend the concert unfortunately due to health issues. He will not perform at the last leg of the tour in London either. Fans soon flocked to Block B’s Facebook page to wish him all the best. 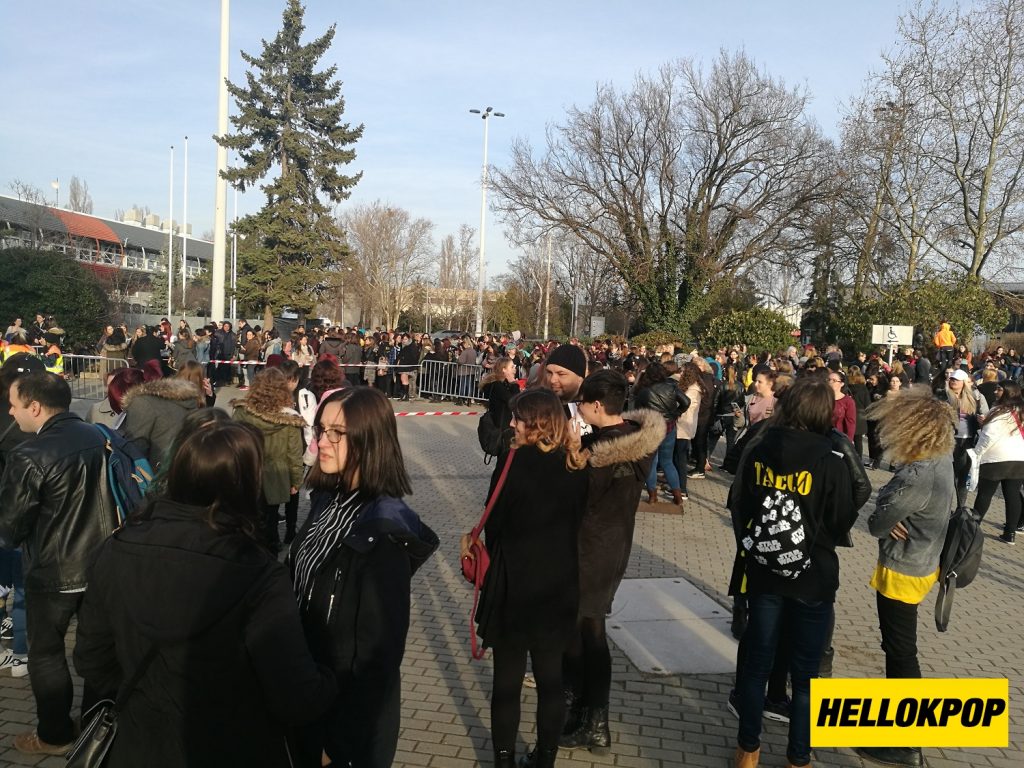 The venue quickly filled up when the entrance was opened. Fans entertained themselves by singing while waiting for the concert to start. Anxiety, the kind of adrenaline-filled, positive one, was palpable. 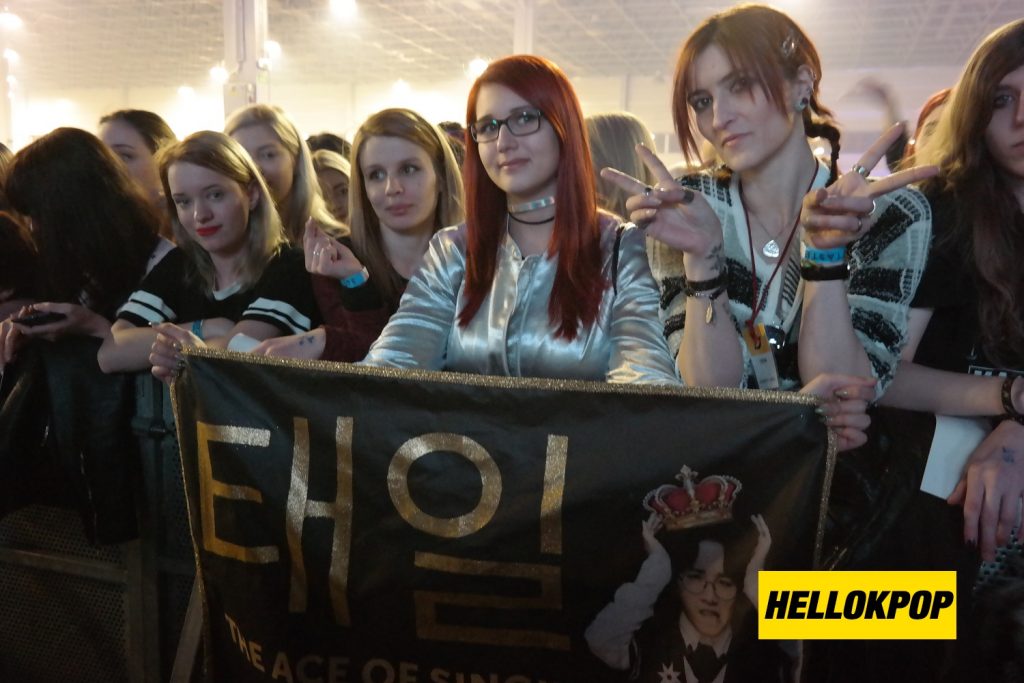 The energy rules ’em all

As soon as the lights started beaming with the intro playing on the screen, the cheers and screams almost pierced my eardrums. BBCs seriously gave the boys the loudest K-pop welcome cheers I have ever heard. The intro, as well as the projected imagery and short VCR clips played during stage changes were incredibly well-done and creative. For example, a three-part short “silent burlesque” was played during one of the costume change breaks. In the black-and-white video, the boys became factory workers, acting out hilarious scenes. Another VCR featured a memorable photo slide of the members, from baby photos, teen pictures, to recent images.

Then the concert began with Nice Day, and fans had a chance to get immersed into the music. Tae-il, B-Bomb, Jae-hyo, U-Kwon, Zico, and Park Kyung gave an energetic performance, although with P.O missing. They were all smiles, which in turn made everyone else so happy. 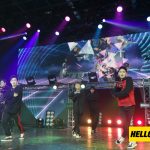 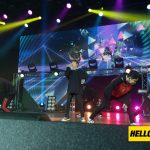 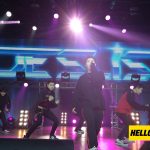 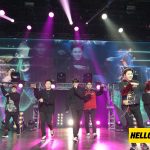 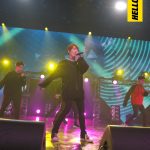 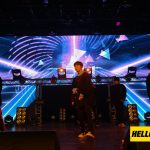 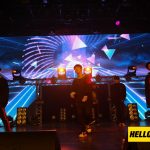 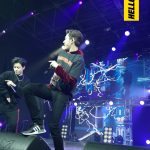 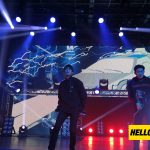 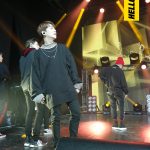 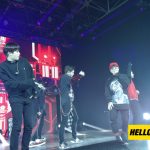 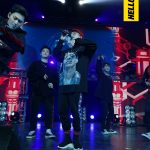 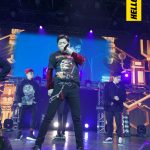 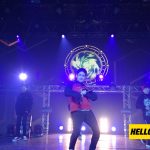 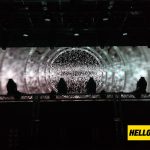 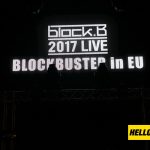 A night to remember

The band played 19 songs in total, and they performed Very Good twice, much to the delight of everyone, while the audience was practically raving. BBCs also prepared fan projects, and lifted unified banners reading I’m Your Light during Be The Light.

The ments were really cute, the members tried to speak English most of the time, and they engaged an interpreter for one of the ments. They expressed how happy they were to finally meet their fans in Budapest, and how much they liked the city. The members even mentioned the name of the sights in Hungarian (with an adorable accent), and Hungarian foods they tried. They also spoke a few Hungarian words like ‘köszi’ (thanks), all met by loud cheers, jumps, and hands in the air. Block B was clearly amazed at the reception and also mentioned they were glad to see male fans in the crowd.

After the concert ended in a storm of confetti, those who bought meet&greet tickets lined up to meet the boys in person, and take group photos with them.

Exhausted but upbeat and excited, the remainder started leaving the venue, discussing the show, and fangirling over joyful moments.

To many Hungarian fans, this was a night that they would never forget. BBCs can next catch Block B in London on March 5.

Hellokpop would like to thank MyMusicTaste and local organiser Seoul Mates for the coverage possibility.

We need your support! If you have enjoyed our work, consider to support us with a one-time or recurring donation from as low as $5 to keep our site going! Donate securely below via Stripe, Paypal, Apple Pay or Google Wallet.
466
SHARES
FacebookTwitter
SubscribeGoogleWhatsappPinterestDiggRedditStumbleuponVkWeiboPocketTumblrMailMeneameOdnoklassniki
Related ItemsB-bombBlock BBlock B 2017 LIVE BLOCKBUSTER IN EUROPEBudapestJae-hyoLee Tae-ilMyMusicTasteP.oPark KyungSeoul MatesU-kwonZico
← Previous Story 7 Things Why ‘EXO’rDIUM In Manila’ Is A Night To Remember
Next Story → 10 Reasons Why One K Global Peace Concert “Shookt” Manila