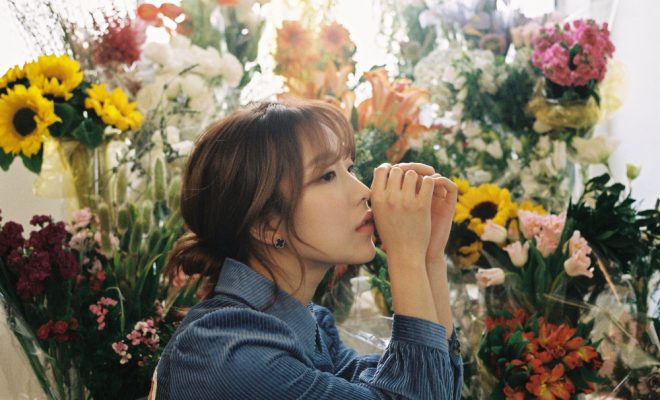 [INTERVIEW] Cheeze on “I Can’t Tell You Everything”: What’s Changed, What’s Always Been the Same

Today, Cheeze is a solo project consisting of vocalist and singer-songwriter Dalchong. Originally operating as a group from 2011 to 2017, Cheeze built a distinct brand of well-rounded pop with relatable themes, vibrant sound, and infectious energy found in albums like Recipe! (reviewed by us in 2013), Plain, and Q. Following the shift to a solo band in 2017, Dalchong has maintained this momentum while also branching out into unexpected territory, such as a delightful stint as a member of retro-concept girl-group CSVC late last year.

Cheeze returned with a new EP I Can’t Tell You Everything in May, and Hellokpop had the chance to speak with Dalchong about the album, as well as the ways in which her work is evolving yet staying true.

HKP: This is your first album in exactly one year, since Plate. Could you tell us about what you’ve been up to recently, and when you started working on I Can’t Tell You Everything?
Cheeze: Mm, some songs on this album were written a long time ago, and some were written while preparing for Plate! Thinking about it that way, I suppose I’ve worked on it for a long time! In one sense it’s a big dump of songs I’ve been sitting on..?
And recently, after releasing this album I’ve been both resting and promoting in a bit of a relaxed mindset! I’m pretty proud of this album myself, so I think I’ll enjoy these lingering feelings fully before moving on to the next step. 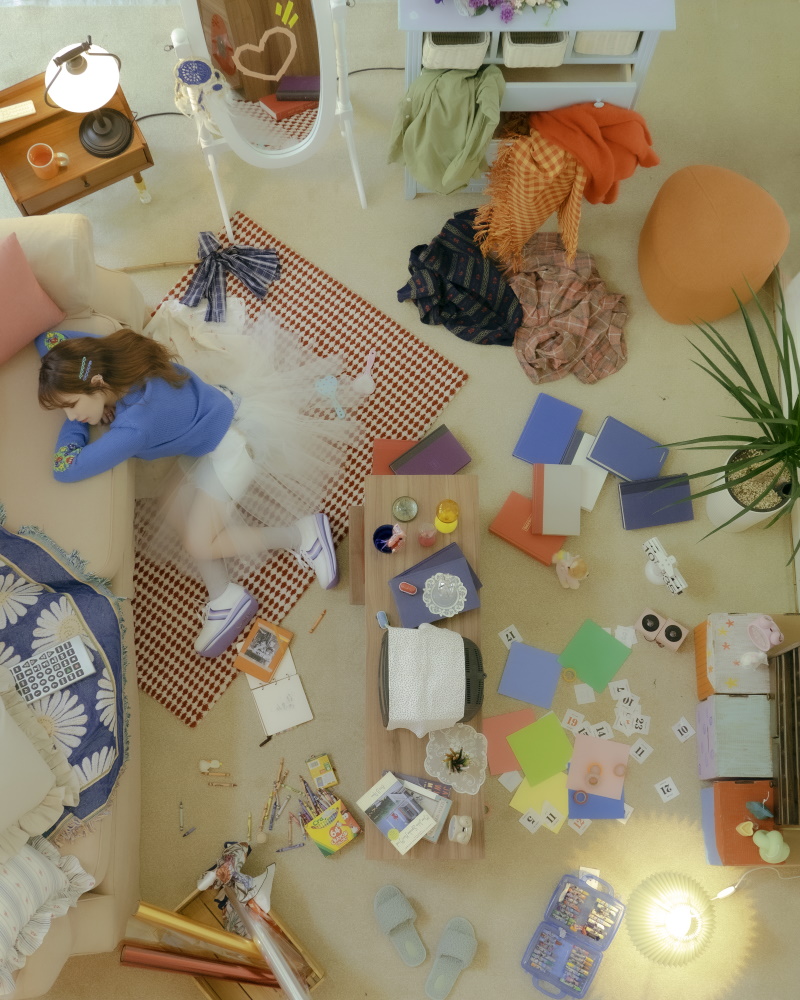 HKP: The title of this one seems like it has significance. Could you explain it a little?
Cheeze: If the Cheeze you saw before was more focused on lovely appearances, this album is a story about the other side – not always innocent, not all bright. You could say it’s an album that honestly expresses the diverse emotions that I might feel, and perhaps we all could feel.

HKP: In opening track “icanttellUeverything”, a waltz rhythm and fairytale-like elements really stand out. Seems to be a bit more cryptic and has a different feel from the other tracks. How did you settle on this mood?
Cheeze: To be honest I didn’t write it with a set mood in mind. It’s the last song I wrote, and it came out naturally like this. I like waltz music to begin with, and also moods like “sorrow within beauty”, that kind of keyword. I think fairy tales really do have that aspect to them, in some sense. I think those tastes of mine came together and that’s how a track like this came out!

HKP: The first title track is warm-toned “Today’s Mood”. There’s a certain kind of romanticism in the sound and in the lyrics too, which dream of a momentary escape and taking off on a whim. How did you conceive of and produce this one?
Cheeze: When I wrote this song, I really badly needed an escape so I was on a trip for about a month. It wasn’t as romantic as the song though..! I’m a whimsical person and I’m bound to be grumbling about this and that, so I think those things showed through clearly in the song. I wanted to give off a message like “I’m the master of my own feelings!” And I think that came out well.

HKP: I really like the feel of the chorus line where you use the word ‘marg-eu-da’ instead of ‘marg-da’ to say the weather is supposed to be clear. It’s not a commonly seen phrasing, so was that done to fit the rhythm? Also curious to know whether you write the lyrics and melody at the same time in times like these.
Cheeze: That’s right. I used it to make the rhythm fit, and it was a familiar expression to me so it didn’t really seem off..! But after release, I realized it didn’t seem to be a commonly used phrase! I think I kind of backed into that one. (Laughs)
Usually I’m not satisfied until I finish the melody and lyrics in one sitting, so most of the time they do come out at once! Even when I’m having a hard time, I still write all the way first and edit later.

HKP: The cynical lyrics to “That’s OK” are gratifying, but also quite a departure from prior Cheeze work. Was it particularly more difficult to write, by any chance?
Cheeze: Mm, it wasn’t as hard as you might expect. Because it’s similar to how I am normally, in a lot of ways… I’m not always nice! It’s something I’ve never shown before so you might be taken aback, but that song shows a part of my personality.

HKP: What made you choose “Today’s Mood” and “That’s OK” as dual title tracks?
Cheeze: I think those two tracks capture the old Cheeze that the public thinks of versus the updated Cheeze, in the most harmonious way. That’s how I came to pick them.

HKP: Both of those tracks have really colorful and visually striking music videos. Are there any key points we should focus on in particular?
Cheeze: The videos have visceral and fun elements in every scene, but I think you’ll find them even more attractive if you focus even more on the story being expressed.

HKP: “Watercolor” feels all the more austere for its simple arrangement and lengthy lyric-less outro with just humming and instrumentals. A lot of space between the lines, if you will. Feels like this kind of comfort is one of the colors that Cheeze has today, and I’m curious if you intentionally pursue a comfortable sound when working.
Cheeze: I do prefer music that’s easy-listening, personally. The thing that’s most important to me in making every album is the balance within songs, the balance within an album, so I try to make sure I don’t miss that. So I often create sounds that feel the most appropriate and comfortable to my ears.

HKP: Maybe because I was thinking about the album title, a few tracks seemed to have this theme of bringing up words that are hard to say or get buried normally. In that sense, are there any topics that you’ve wanted to express musically but found hard to realize, either now or before?
Cheeze: There was a period when I thought about this for a long while. I often got this feeling that people only saw Cheeze in a lovely, cutesy image. But in reality, I’m not that lovely or cute a person, and as time passes, I’m just naturally changing both personally and musically. So these days I think it’s pretty tough to express the know-nothing, innocent sentiments of old Cheeze. Feels like I’ve been stained by the world a lot…?

HKP: It’s been 3 years already since you went independent as a one-person band. I’m sure there have been changes for Cheeze’s music in that time, but also growth for Dalchong the artist. If you were to pick examples from this album, what might those changes looks like?
Cheeze: Hmm, to be honest I’ve been doing things like I always have. For the public and people around me, it might seem like Cheeze’s music has changed a lot since going independent, but just like how I’ve been writing melodies and lyrics ever since Cheeze got started, I think I’ve always been doing things the same way. Always imagining newer and better things. So I personally haven’t felt such a big change or anything. Being loathe to do the same thing each time, seeking out new things, thinking about how I can do better with what I have… if that mindset brought change then I’ve succeeded. And if you’ve viewed that change as growth, then it’s such an honor for me.

HKP: Lastly, please tell us a bit about what you’re planning going forward!
Cheeze: I want to become a person and artist who continues changing and moving forward. I’m not sure if I can do that well, but I’ll try. Please keep looking forward to it.

Hellokpop, as an independent Korean entertainment news website (without influence from any agency or corporation), we need your support! If you have enjoyed our work, consider to support us with a one-time or recurring donation from as low as US$5 to keep our site going! Donate securely below via Stripe, Paypal, Apple Pay or Google Wallet.
FacebookTwitter
SubscribeGoogleWhatsappPinterestDiggRedditStumbleuponVkWeiboPocketTumblrMailMeneameOdnoklassniki
Related ItemsCHEEZEDalchongI Can't Tell You Everything달총치즈
← Previous Story SEVENTEEN Goes On A Journey Closer To Their Dreams In “My My” Music Video
Next Story → K-Pop Comeback Spotlight: MOMOLAND Brings Fans To The Stars In Special Album Release “Starry Night”