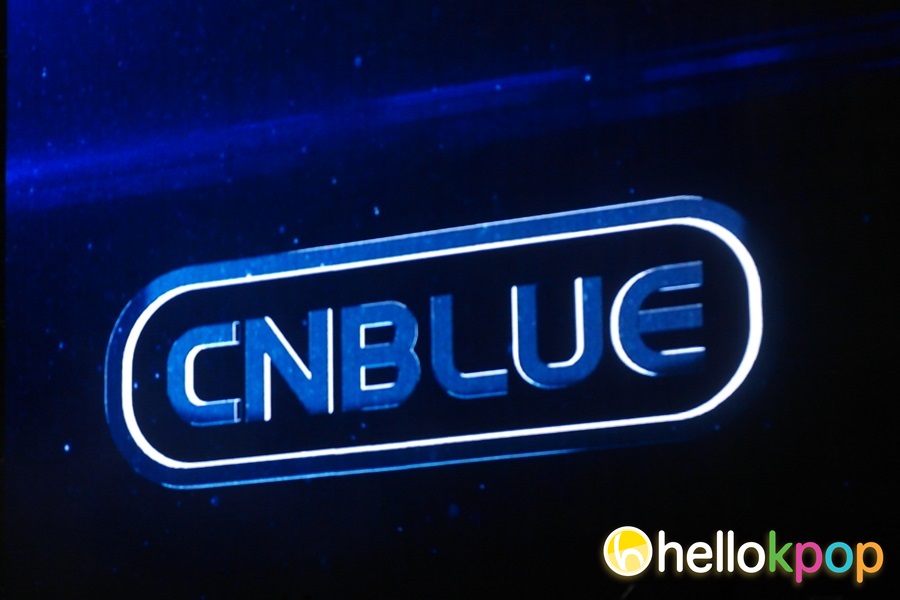 When two full moons come together; the second full moon is called the Blue Moon. Catching a blue moon is a rare phenomenon and catching CNBLUE’s Blue Moon World Tour in Malaysia is equally extraordinary and unforgettable.

On 24th August, K-Pop fans in Malaysia got the chance to witness the Blue Moon as rock band CNBLUE landed their first-ever world tour concert in Stadium Negara, Kuala Lumpur organized by Daol Entertainment. CNBLUE’s Blue Moon World Tour is their first ever solo concert tour across Asia in support of their 5th EP, Re: Blue.

Prior to the appearance of the quadrant rock band, the concert was kicked off with an opening act by local beatboxer, KouJEe and his team of guitarist and cellists. The beatboxer also performed his version of CNBLUE’s Hey You and his bizarre beatboxing successfully gathered the crowd to sing along loudly.

The concert proceeded on with the appearance of the suave four-membered band, namely Jung Yong Hwa the lead vocalist, Lee Jong Hyun the lead guitarist, drummer Kang Min Hyuk and lastly Lee Jung Shin the bass guitarist. The concert officially kicked off with Where You Are and Malaysia Boices quickly took the opportunity to show their love for their boys by covering the center rock pit, Moon Zone, with a large white cloth, depicting an image of a full moon wording ‘CNBLUE WE ARE HERE’. 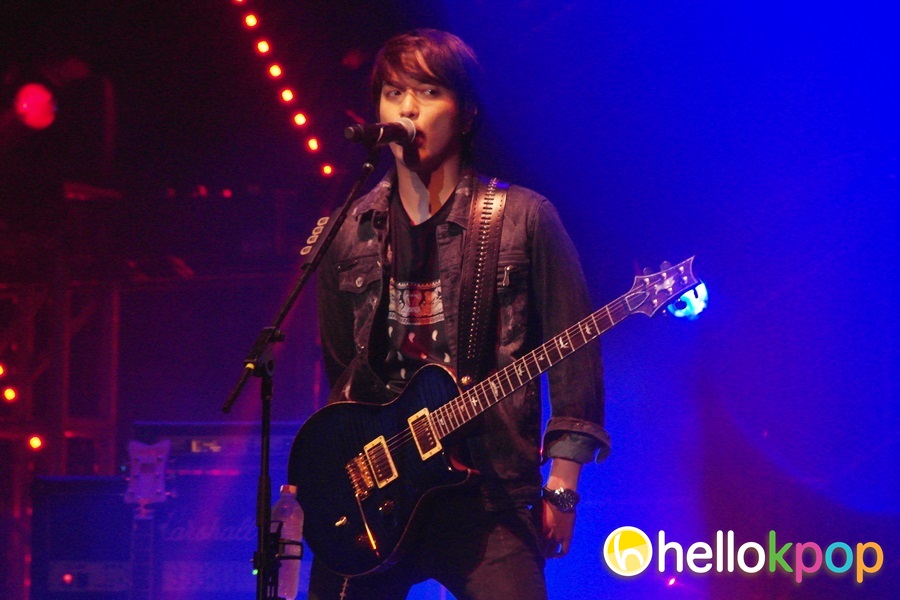 After performing Get Away and One Time, CNBLUE stopped to catch a better glimpse of the crowd and interacted with the fans. The boys showed their enthusiasm during their talks and continuously amazed fans with their fluency in Bahasa Melayu, which is Malaysia’s national language. Noticing the Malaysian Boice’s effort for the full-moon view, Yong Hwa expressed their heartfelt gratitude by saying: “Apa khabar (How are you)! Kami adalah CNBLUE (we are CNBLUE)! Finally we are in Kuala Lumpur, thank you so much for waiting! Kamu rindu kami? (Do you miss us?) Kami pun rindu kamu! (We missed you too!)”

The concert continued with heated performance of Man like Me, Coffee Shop, Have a Good Night and Wake Up.  In bringing down the atmosphere to a slower pace, CNBLUE  sang slow tempo love song, with Yong Hwa performing first half of Feeling with the accompaniment of the keyboard, swooning the stadium with his perfect melody while proving his ability to be a multi-talented vocalist. The show went on with their slower tempo tracks, namely Love Light, These Days and Y, Why. The sea of blue turned to a mixture of pink and blue during Love Light performance as fans showed their true love by holding up pink heart prepared by CNBLUE BEAT Malaysia, giving a dreamy ambiance.

CNBLUE members were all witty and they interacted with the fans throughout the night. Bassist Jung Shin asked if their beloved fans could speak Korean. In response to fans screaming a loud ‘Yes!’, he replied cheekily: “Ah Jinjja (Really)!?!? Saranghaeyo (I love you)!!!”, driving the crowd crazy immediately.

Being their first solo concert in Malaysia, Min Hyuk also praised the crowd for being the best and that he was really happy on that night. 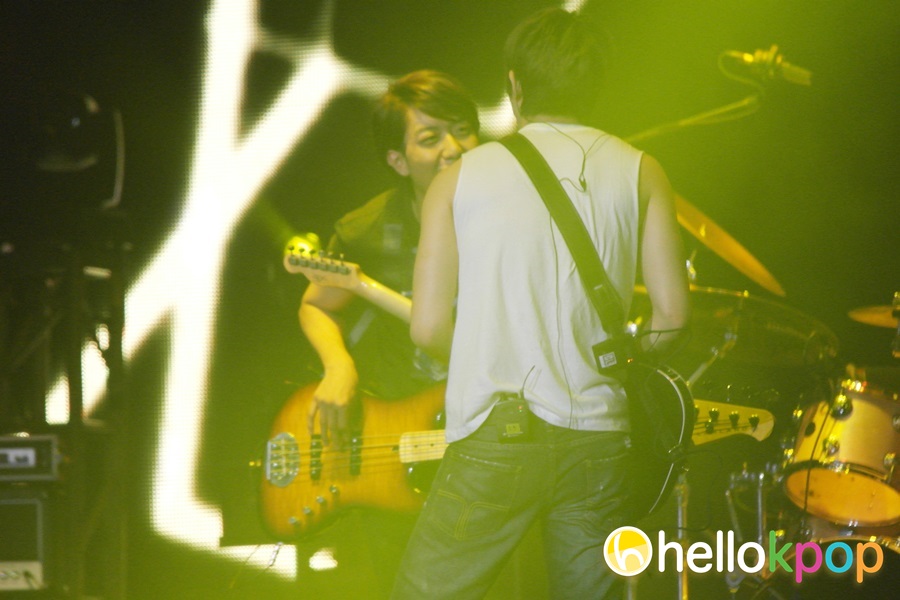 With a 360 degree moon-shaped like stage, the boys freely roamed around the stage, interacting with the crowd while performing. Lucky fans got treated as members of CNBLUE took fans’ mobile phones for a self-picture. The night continued with head banging performances, which was warned by Yong Hwa as he said he will ‘ROCK and ROLL with DSM’, introducing fans his ‘friend’ DSM as ‘Dark Sxx Metal’. The hype continued with La La La, Just Please, Tattoo, and In My Head. After performing Intuition, I’m a Loner and I’m Sorry, CNBLUE left the stage with an enormous cheer, leaving the fans breathlessly chanting for more.

As the crowd gets louder, CNBLUE returned to the stage with Hey You. Lucky Malaysian fans felt extra good with the performance of Feel Good, their hot-from-the-oven latest track for Samsung Galaxy. This was followed by LOVE Girl, Falling for me, LOVE and finally with their parting song Try Again, Smile Again.

The two and a half hour rocking concert was definitely exhilarating and the band performed a total of 24 songs. Prior to leaving the stage, CNBLUE members continuously expressed their grateful love to their fans’ undying support, thanked them and promised the fans that they will come back to Malaysia again in the future. CNBLUE marked their memories by taking a group picture with the crowd.

CNBLUE has finally landed in the hearts of Malaysian Boices as they witnessed their greatest anticipated Blue Moon, leaving the stadium with unforgettable memories filled with warm happiness. No one knows exactly when the next Blue Moon will come. Till then, to be continued… 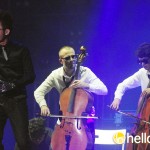 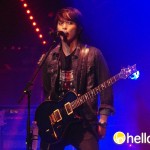 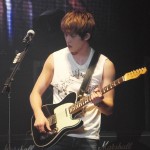 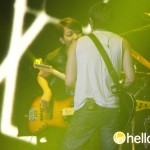 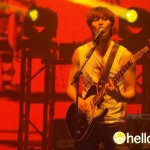 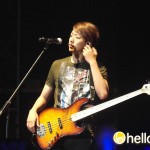 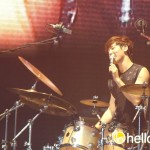 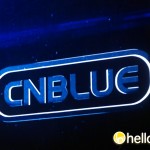 Special thanks to Daol Entertainment for the media invite!