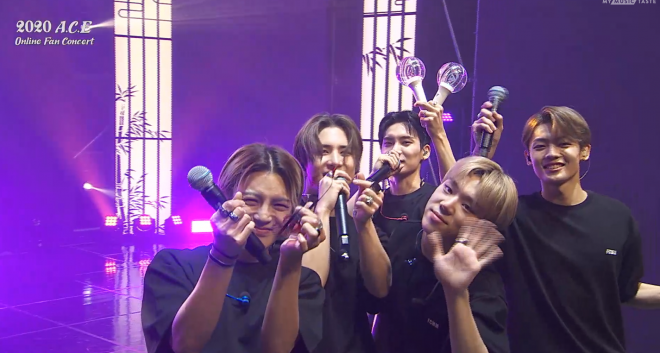 A.C.E created a dreamlike reality in their online concert The Butterfly Phantasy.

K-Pop phenomenon A.C.E held a successful and fascinating concert on October 11 called 2020 A.C.E Online Fan Concert- The Butterfly Phantasy . The group lived to its name of all-rounder artists by creating a permanent memory in its fans’ hearts. 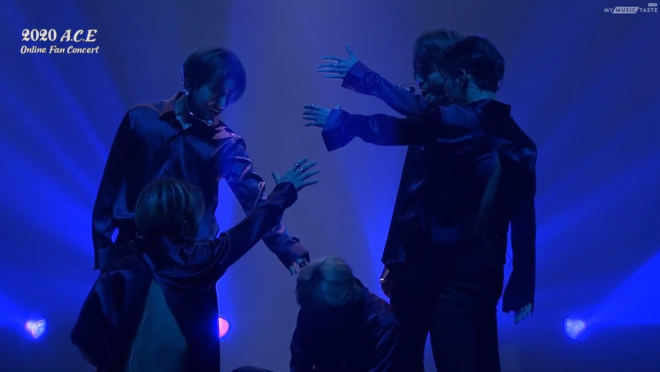 The concert was filled with various performances, showcasing the unique color that A.C.E brings to the music scene. With a total of 17 songs and engaging Ments in between, the idols filled about 120 minutes that passed by too quickly.

A.C.E brought to the stage some of their hit songs like “Under Cover”, “Savage”, the debut track “Cactus” and, of course, their newest release, “Favorite Boys”. In addition, the group spiced things up by performing softer numbers as well, which touched the hearts of both viewers and the artists themselves.

A.C.E declared their versatility with a Bang!

A.C.E put their all into their performances, despite there not being fans in the room to hype them up. Specifically, the whole group showed incredible stage presence and song delivery throughout the concert. The members put an enticing online event, giving out strong energy until the end.

The group astonished with its vibrant stages and profound talent. The concert began with an intense Intro which led towards the boys’ debut song “Cactus”, a fitting beginning to a splendid experience. Followed by “Savage” and “Favorite Boys”, the idols created a magnetic pull with their strong start.

A.C.E had fun while singing to “5TAR” and “Clover” to the fans, and later on enjoyed themselves during the bright “Take Me Higher” and the mood lifter “Holiday”. The members demonstrated perfect harmony and sophisticated vocals worthy of admiration.

Another strong display of the members’ exceptional prowess was shown when they stepped on the stage to perform “Under Cover”. They also created unforgettable stages with “So Sick”, “Baby Tonight” and “Golden Goose”. 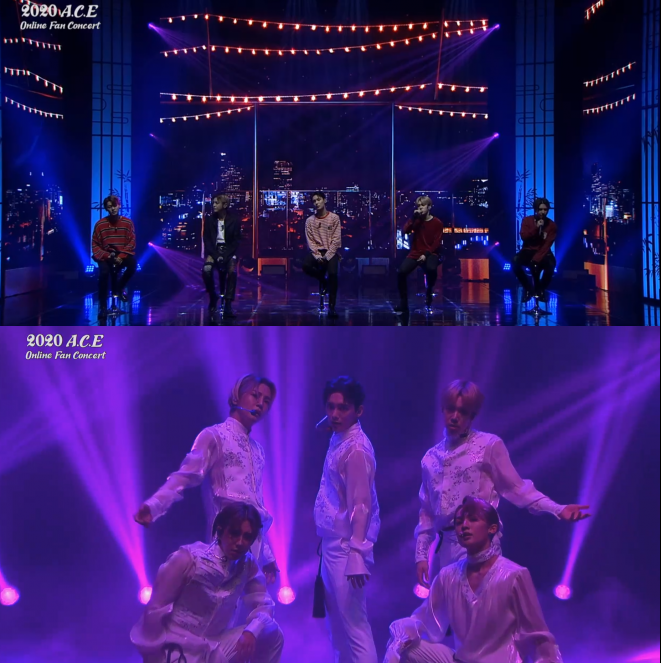 During the Ments and a special Talk session, the idols interacted with their fans and showed each member’s different side. They had prepared an engaging game where Choice had to give them missions to complete on the spot.

The members showed off adorable aegyo poses, funny dance battles and more. They even sang a short acapella verse from the song “Callin'”, which was not included as a regular performance during the event.

The boys finished off the Talk segment with each of the members presenting a different heart for the viewers, as yet another of the fan-given missions.

What grabbed the attention more than once was the heartwarming, at the same time saddening moments during which the idols spoke about Choice. The member mentioned  a few times their regret that they can’t see the fans and feel their energy in the room.

Above all, A.C.E expressed its deep love and appreciation for Choice, who have been there to support them.

A.C.E prepared various unseen before stages which thrilled the fans. First of all, the boys delivered a new take on the track “Slow Dive”, presenting its impressive part change version.

Later on, the members divided into two groups in order to perform their unit stages. Jun, Donghun and Wow stole hearts with their beautiful and sorrowful vocals for Lewis Capaldi’s “Before You Go”. Meanwhile, Byeongkwan and Chan stepped up with the groovy dance track by Christopher called “Bad”.

To top it all, A.C.E came together to introduce a new song, displayed for the very first time. The piece called “You Know Nothing”  captivated the senses, creating hope about the track’s studio release.

The boys said goodbye through heartfelt messages for Choice. Their sincere words reached out, conveying the members’ hard work and eagerness to greet their fans in person.

To further emphasize the emotional moment, A.C.E performed two more songs which included a surprise. First for “Stand By You”, the group used the big screens on the stage to play a special fan video, showing Choice holding up thankful messages.

Lastly, for “If You Heard”, the walls were once again covered, but this time with pictures of fans from all over the world, creating the perfect ending of a wonderful concert. 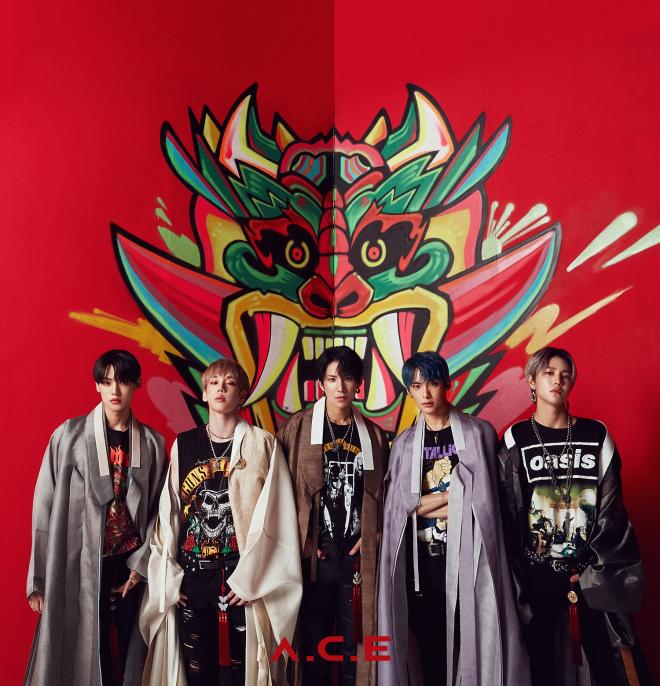 The event was available for fans all over the world to enjoy thanks to MyMusicTaste’s technology-forward platform. The mentioned platform includes a newly added feature for online streaming, which brings artists and fans closer in these unfortunate times.

2020 A.C.E Online Fan Concert- The Butterfly Phantasy is brought to fans by  BEAT INTERACTIVE. Hellokpop extends gratitude to MyMusicTaste for the complimentary ticket to the event.

Event Covered by: Marty for Hellokpop