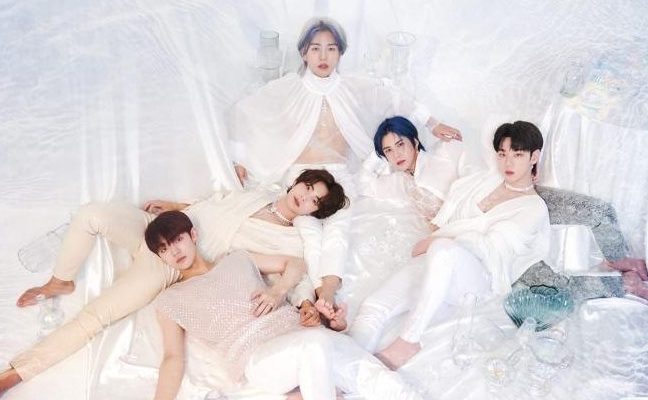 A.C.E drew fans with its alluring siren call, enchanting both eyes and ears with a riveting spectacle.

On July 10, A.C.E held its second online concert SIREN’s CALL, broadcast live on the MyMusicTaste streaming platform. Filled with numerous various stages, from group to solo performances, the boys mesmerized their audience and proved they are all-rounder artists. 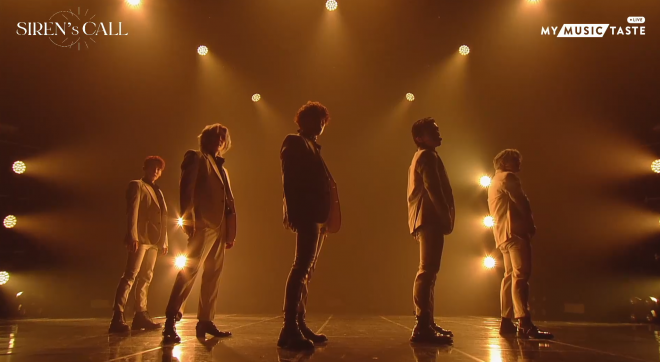 The group came on the stage and owned it from the very beginning with powerful tracks “Golden Goose” and “Savage” declaring a strong start and a promising concert ahead.

The boys made a statement that they are ready to impress and made sure to fulfill it splendidly. Fans experienced a wide range of songs, from their older works to their latest songs from SIREN:DAWN.

After the first two songs, the members began their first Ment during which they took the moment to greet fans. Each of them began by saying “I love you” in different languages, after which they proceeded to check the comments fans were leaving in real-time. 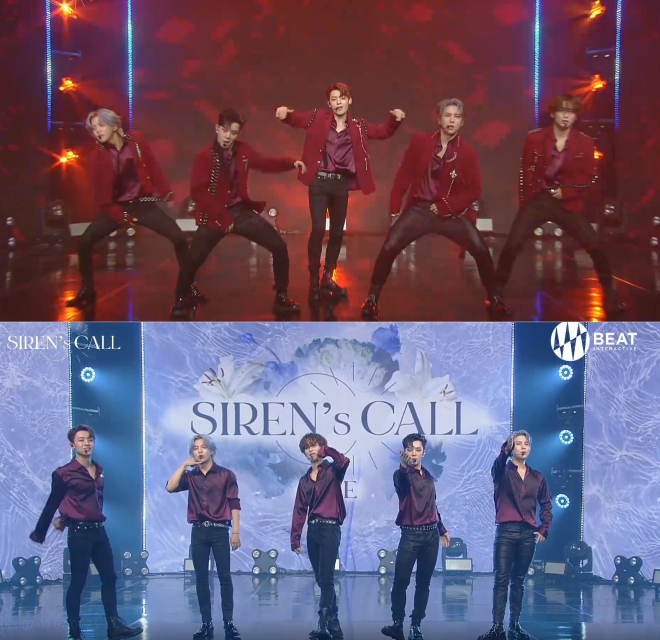 The group moved on to introducing one of their latest b-side tracks, “Atlantis”, drawing attention with the lovely underwater background. The setting and the members’ styling were not the only beautiful things, as the whole performance further sweetly drowned fans with the artists’ clear vocals and flawless presentation.

Continuing forward, the group took viewers back in time to one of their first title tracks, “Callin'”. The piece is very much loved with its addictive sound, lyrics and its eye-catching choreography.

Speaking of intoxicating tunes, the next song would easily stick into one’s mind and get a person to move their body to the rhythm. “Do It Like Me” effortlessly invited the virtual crowd to sing along and sway to its melody.

The next two tracks created a fun and energetic feel. Starting with the members at their waiting room and slowly making their way to the stage, A.C.E performed “Take Me Higher”, guided by a cute background. The track was followed by the lively “Mr Bass”, both songs showing a more relaxed image of the boys.

In particular, all the tracks brought to viewers’ attention just how much the members enjoyed performing for their fans. They looked genuinely happy to give their best for their lovely CHOICE.

What is a concert without those special stages, right? A.C.E presented five solo performances, each bringing out the members’ unique individuality and leaving fans in awe.

Jun amazed with his high-quality cover of “Versace on the Floor”, originally by Bruno Mars. Under the small hanging lights, he made singing look easy with his amazing skills shining bright.  Accompanied by backup dancers, he took the viewers’ breath away not only with his voice but with his sensual dance break as well. 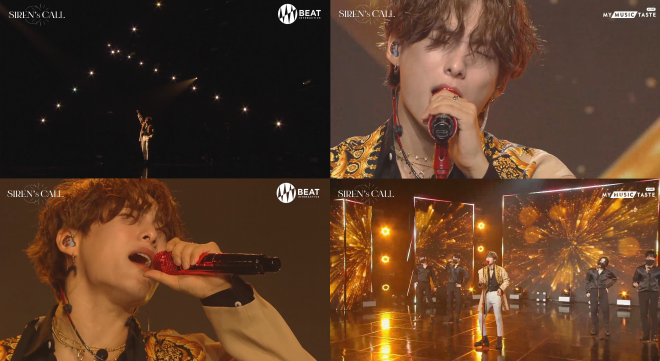 Byeongkwan most likely made many viewers scream in joy when they saw his song of choice. The multi-talented performer notched a mesmerizing cover of Taemin’s “Advice”. As one of the main dancers in the group, it was no surprise to see him ace this track and give his own little touch to it. 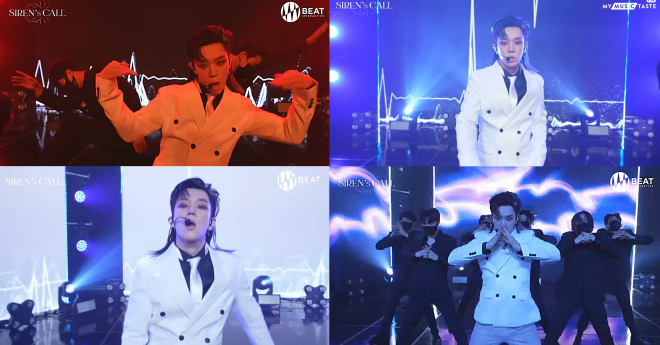 Donghun pleasantly threw a surprise during his stage with a special piano performance as he sang “Driver’s License” by Olivia Rodrigo. His gentle vocals and the sad lyrics of the song drew a beautiful and emotional solo that engrossed all viewers. 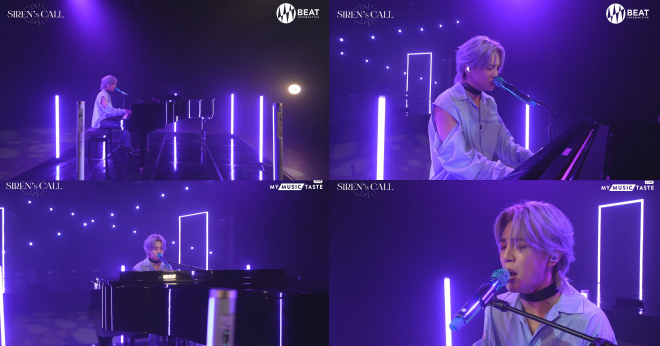 Member WOW charmed with his own sentimental pick, “Heartbreak Anniversary” by Giveon. He created an old movie-like scene, sitting on a single sofa and a standing lamp beside him. He poured out the feelings of the song, impressing with his vocal skills. 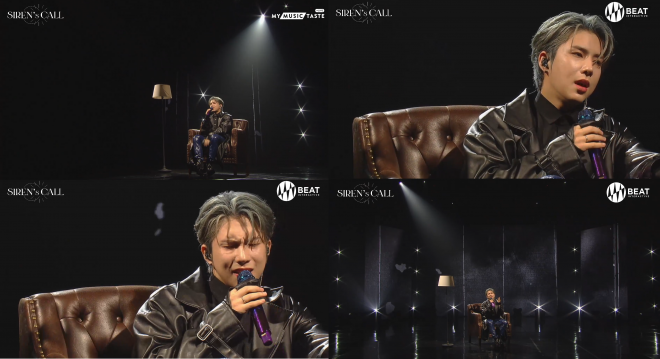 Chan picked Baekhyun’s “UN Village”, taking the stage confidently. He won hearts with his marvelous delivery of the track and his alluring gazes. He truly showed his various charms in this solo as he sang with passion, expressed the feeling of the song accordingly and showcased smooth dancing skills. 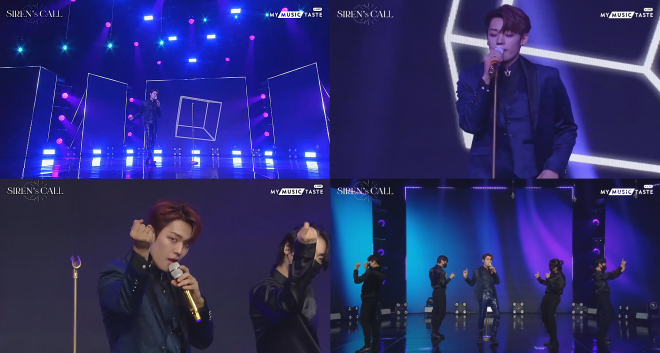 The 5 types of love

The boys did not fail to show some fan favorites and classics such as their debut piece “Cactus”, during which they showed yet again their great amount of energy and stage presence.

In contrast, “5TAR” had the members sitting down and focusing on expressing their feelings with this fan song, leaving CHOICE with warmed-up hearts. Then, we have “Baby Tonight” which got the boys performing again, executing every movement with great precision. 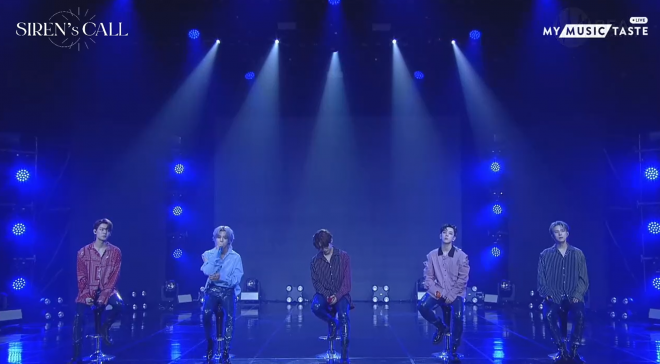 During one of the Ments, the idols introduced their concept of representing five different types of love. We had Chan as Mania, the possessive and jealous kind of love. To this, the members shared how Chan does not like being left out and he himself admitted to fitting this image.

The second revealed type was Philautia, presented by WOW. This type focuses on self-love. When asked what part of himself he likes the most, WOW said it is him on stage, after which he did a small example of it.

The third member was Donghun who represented Agape, also known as unconditional love. After this, he said the most precious thing to him is CHOICE, showing a cute and lovely smile as he did it.

Byeongkwan on the other hand expressed Ludus, the unpredictable and playful love. Because of this, he got asked to show his way of entertaining the fans, to which he quickly got up from his seat and did a short energetic dance, finishing with a cute expression.

Lastly, Jun was the representative of Eros, the romantic type. The members went on saying how it fit him quite well and then asked him to, as well, show his own charm to fans, to which he made use of his wet hair to show an attractive and slightly funny side of himself.

After this, the boys did a special “Whatever  CHOICE wants” corner. While waiting for the requests, they each sang a short snippet of various songs that contained the word “Love”, showcasing their impressive singing ability in this acapella time.

By the time they ended, the requests were in. A.C.E began with eye contact to further melt fans, the camera giving a close-up on every member.

Continuing on, the next task was pretty entertaining as they sang a small trot version of their track “Higher”, giving it a new feel and charm. In addition, they also sang an acapella version of One Direction’s “History”.

From A.C.E with Love

When the time arrived to bring out their latest title track, the boys made sure to give it a grant introduction. They played enchanting clips of their concept before moving to the Intro “Miserere Mei Deus (We Fell Down)”.

For “Higher” the artists switched to more lose tops, which reminded of the movement of the water surface as the members danced to their captivating new track. Truly a “siren song” that will grab eyes and ears from start to end.

After, due to a small technical issue earlier, the artists decided to replay “Chasing Love”. As one of their new songs, which fans undoubtedly were waiting to see live, this gesture did not go unnoticed. A.C.E made sure viewers would be fully satisfied by the end of the concert. 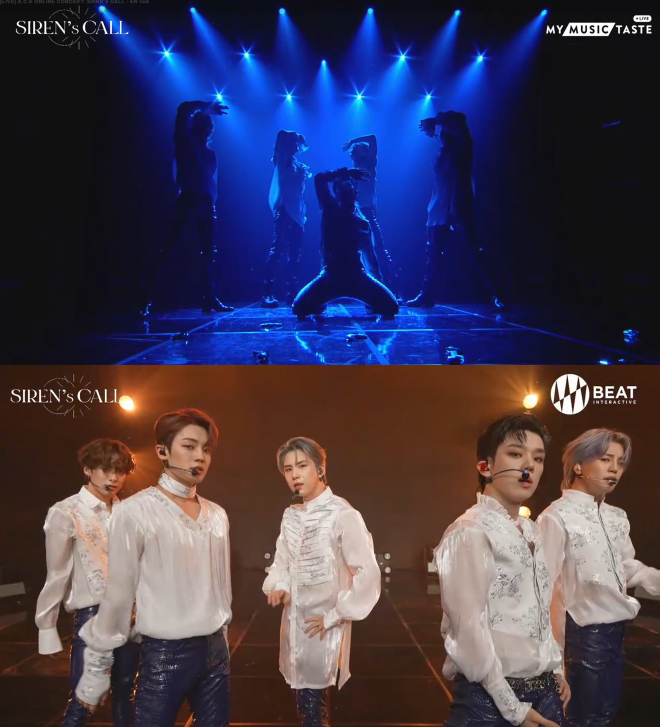 As the concert was coming to an end, the members took a small break to present a touching gift for CHOICE. They had prepared short, sweet and even cheesy letters that expressed their big love for fans.

From the smiles on their faces, it was easy to tell just how thankful they are for having the support and appreciation and wanting to give back as much.

Strong ending of a powerful concert

As soon as the boys changed again, fans knew it was time for “Favorite Boys” to make an appearance, followed by another hit in their possession, “Under Cover”. There was a twist though, the tracks were presented in a new rock rendition, that received a lot of positive responses.

Then, with a quick look at SIREN’s CALL behind, a surprise song made its reveal as part of the setlist. The English track “Down” showcased a playful appearance that fit well with the follow-up number “Holiday”.

If the boys were goofing around earlier, this was probably their highlight of doing it. They brought out their cheerful sides with fun expressions and gestures.

The happy times continued with “If You Heard”, another refreshing music number in the group’s discography. Finally, the concert came to an end in the most perfect way, with another fan-dedicated song “Story”.

After such an overjoying experience, the A.C.E members said their goodbyes, completing a successful second online concert. Both artists and fans were left with good and precious memories to hold close to their hearts. 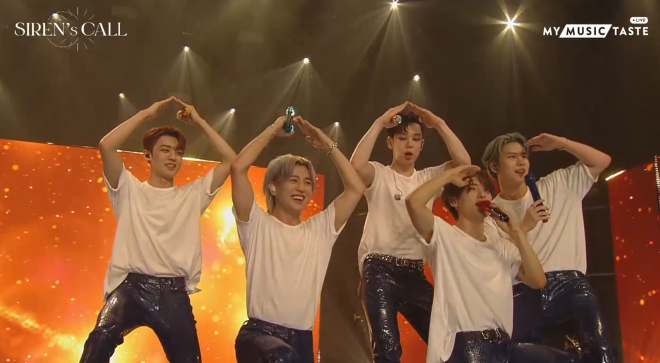 Hellokpop extends gratitude to MyMusicTaste for the complimentary ticket to the event.

Image screenshots are taken from MyMusicTaste