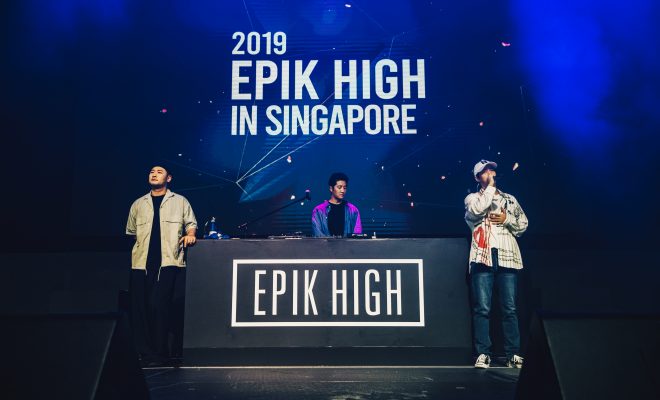 Epik High’s DJ Tukutz had certified Singapore as the most “Jjang” (best) city in the world and the Singapore High Skoolers went crazy.

Korean hip-hop trio, Epik High turned Hard Rock Hotel’s The Coliseum, the hottest place to be on September 14. Easily setting a music entrapment for the crowd, the trio made sure to satiate the audience with astounding swag that befits its eloquent streak of rap and song melodies. 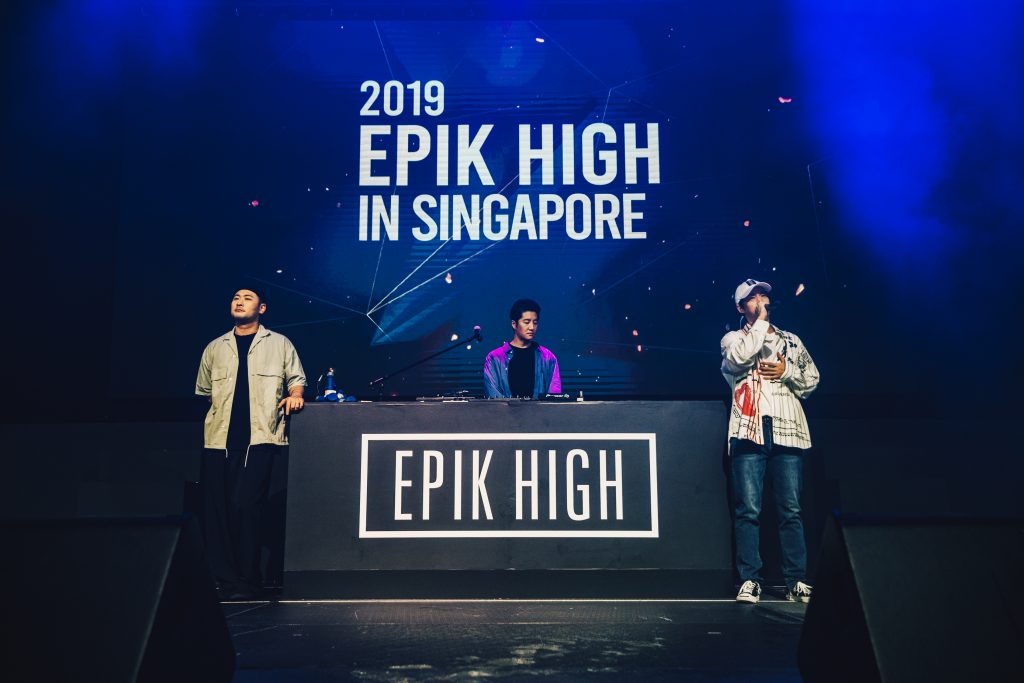 After hypnotizing the crowd with the mellow sound of their first song, Epik High electrified High Skools’ energy by bringing back the 90’s nostalgia beats from their iconic tracks, “No Thanxxx” and “Burj Khalifa”.

Epik High carried on in warming up the night with groovy songs “Bleed” and “Eternal Sunshine”. Unraveling layers of surprises, they turn the hall into a party place with everyone’s favorite, “Love Love Love”. Tablo and Mithra Jin teased the crowd even more as they ran around the stage for closer interactions with the crowd. 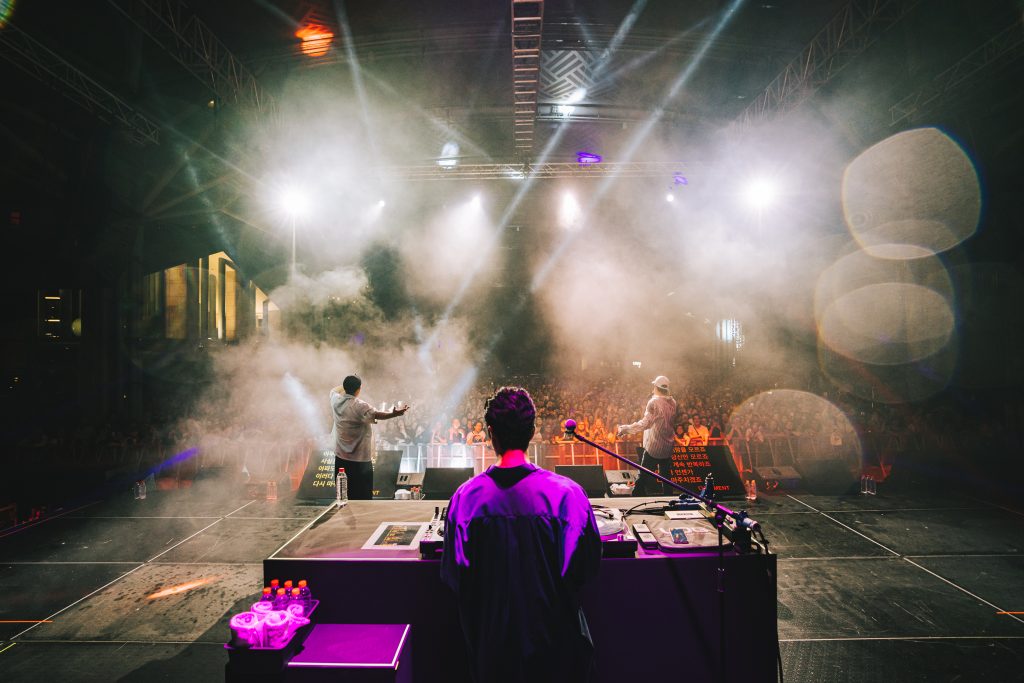 Pumped up with their previous song and humorous ment, Tablo asked the audience to take their flashes out. Incidentally, it transformed the venue to a constellation inspired place while the trio performed “Love Drunk”. Furthermore, the crowd accompanied the ambiance well by timing their hand wave, up and down, to the rhythm of the song. 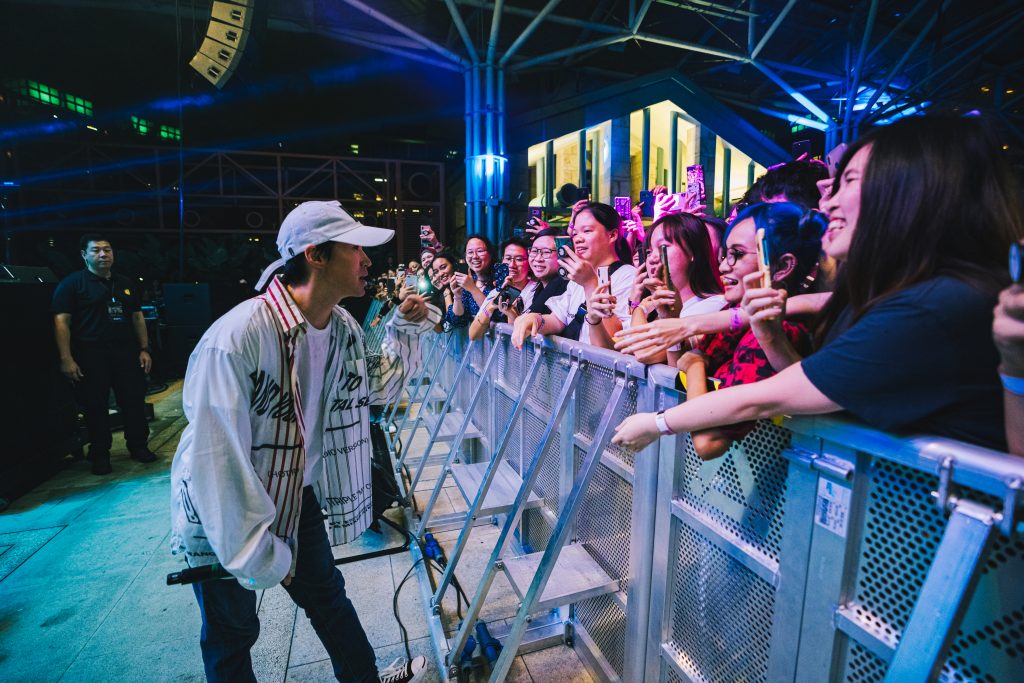 Without breaking the moment, Epik High followed up with another crowd favorite, “Happen Ending”. Known for their fan service, Tablo came down closer to the pit and gave some fans a high five. He continued this moment with “One Minute One Second”. 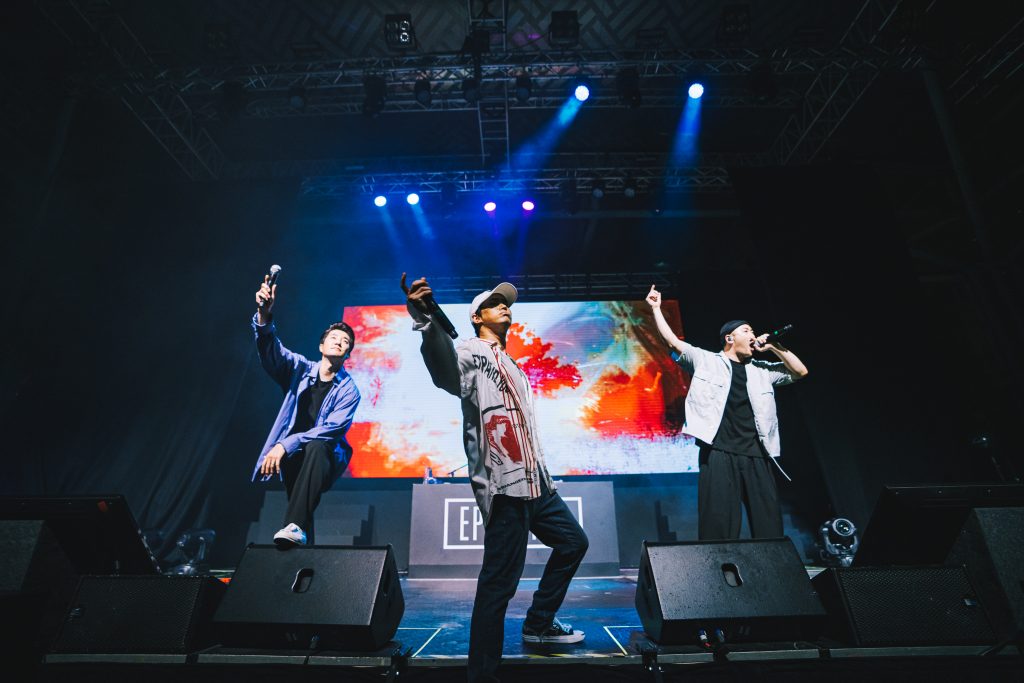 After the intoxicating strings of melodramatic slow groovy songs, Tablo warned the people that it was the last chance for them to cool down, as they are about to make their heart beat like they had never experienced before. 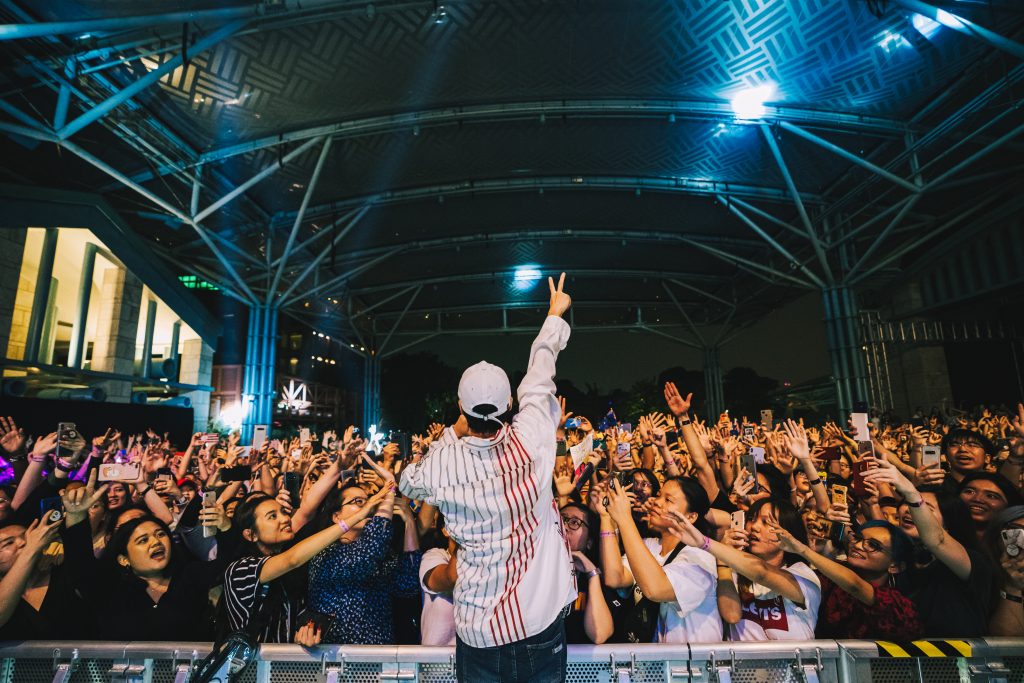 True to their promise, Epik High once again turned the open air hall hotter as they dropped, “Kill This Love”. The energy heightens up even more with “High Technology” matching up with the fantastic strobes of lights flashing towards crowd.

Just like they were running out of time, they immediately pitched another iconic song “One”. Everybody jumped singing the chorus in unison. The bewildered fans were also amazed on DJ Tukutz dancing skills. 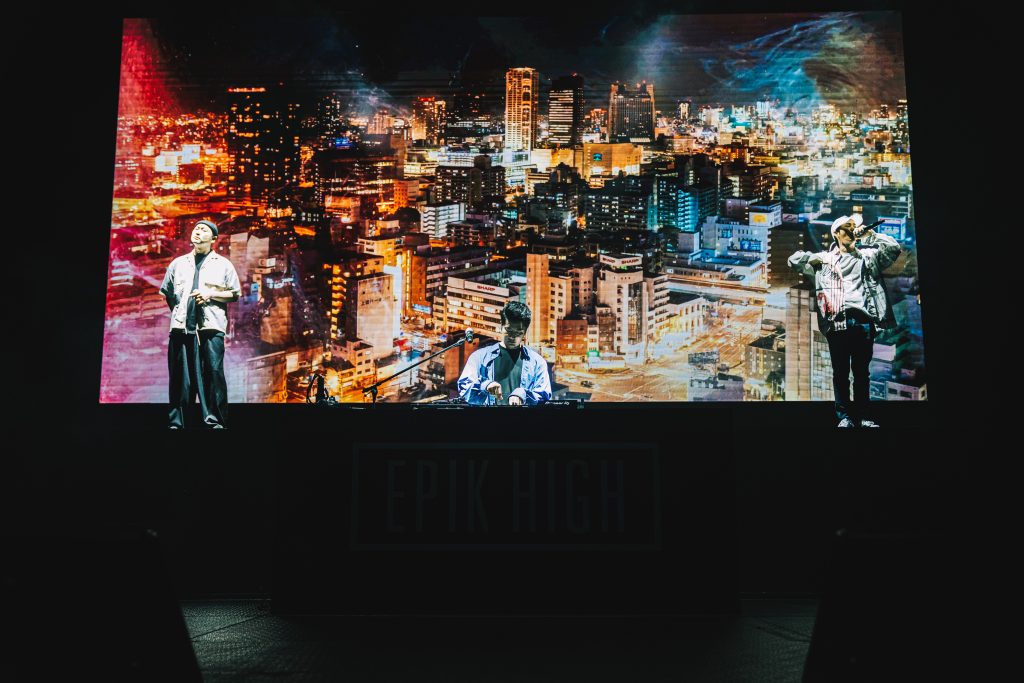 Riding on the electrifying momentum, Tablo reminded everyone in the place how the night is beautiful. A hint to their next stage treat – “New Beautiful”.

Not giving a rest with overwhelming performances, the crowd erupted to an exhilarating concert experience worth waiting for. As Tablo announced the last song, he sternly proclaimed, they will sing their last song no matter how the fans want an encore!

Before he ended it, he dedicated the song to the fans, which signals their finale stage to be “Fans”. The trio then, showcased their famous “running man” steps.

Believing Tablo’s prior announcement, Epik High surprised the fans by breaking their initial promise. They came back with even more powerful music spectacles.

Throwing a much more hard core performance, Tablo, Mithra Jin and DJ Tukutz came back on stage with “Born Hater”.

In the middle of the song, the trio paused for a moment and took out a white shirt as each one of them signed with the message “We love Singapore!”. The limited edition shirt was thrown out to the crowd.

The crowd even went wilder as they sang their real finale song, “Don’t Hate Me”. With fans soaring high from the euphoric concert stage, Epic High ended the night with epic memories for their fans to keep in their hearts.