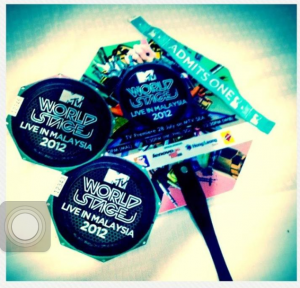 MTV World Stage Live in Malaysia‘s recipe for cooking up a storm: draining an artificial beach in a water theme park, pouring enthusiastic fans into it and bringing the heat up with international superstar Justin Bieber, Kpop sensations Kara and Jay Park, and local singer-songwriter Mizz Nina! On the 14th of July, over 16,000 banner-waving, fan-totting, name-chanting Beliebers, Kamilias, Mizz Nina fans and Jaywalkerz converged upon Surf Beach @ Sunway Lagoon in Kuala Lumpur at 6.15pm, all wanting to catch their favourite idols live in action. 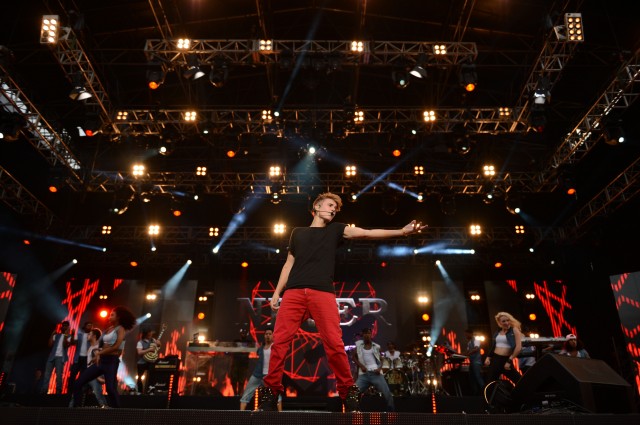 Bieber kick-started the night with power-packed performances, setting the stage for a concert solely for artistes worthy of the world stage. After grooving to the tunes of Baby, All Around The World and As Long As You Love Me, Bieber swept the audience off their feet as he sat atop a stool with his guitar, belting out the lyrics to the acoustic versions of Die In Your Arms, Be Alright and One Time. A true entertainer who knew how to work up the audience, Bieber raised energy levels with Never Say Never, before injecting the Belibers with a final, almost-lethal dose of adrenaline with his love call, Boyfriend. 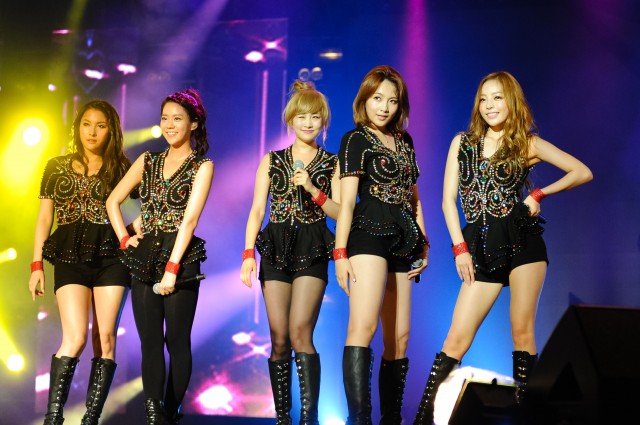 The Kamilias in the local audience were given their long-awaited treat next: the five beauties from Kara (which means ‘melody’ in Greek) were in Malaysia for the very first time! Greeted with fiery cheers, Kara members Park Gyuri, Han Seung Yeon, Goo Ha Ra, Nicole Jung and Kang Ji Young  rewarded their fans with flawless deliveries of Step, Jumpin and Lupin and performed Let it Go live for the very first time. All the members were visibly invigorated by the fans’ overwhelming support, and there were especially loud cheers of appreciation for member Han Seung Yeon, who had just been discharged from hospital on Thursday and resumed with group activities. With voices twice as sweet as the melody of Honey, Kara charmed the audience while countless of bubbles floated down onto the stage. Wrapping up their set with hit single Mister and its groovy butt-dance choreography, Kara gifted the crowd with giant red balls to amuse themselves with and then left amidst sad cries of goodbye and appreciative cheers. 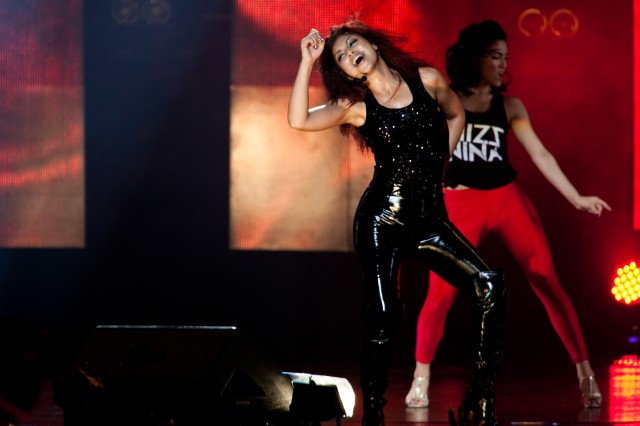 Local singer Mizz Nina opened her set with Just Do It, Takeover and Hit Me Up. Her stunning dance choreography dazzled the audience, and her abundance of energy throughout her other performances Rentak Yang Sama, With  You and Summer Burning left the audience gasping for air in her place. Towards the closing of her set, Mizz Nina questioned them, “What You Waiting For?” rousing the audience to sing and dance along to her last catchy single in her set. 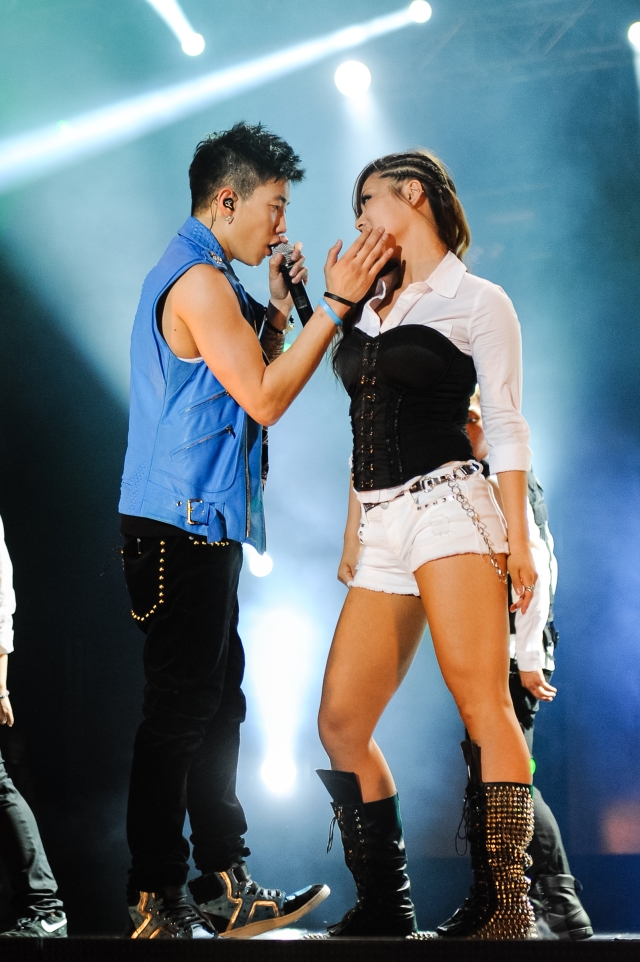 Cries of ‘Jay’ and ‘Park’ were the only two distinguishable words coming from the mouths of fans before the appearance of Jay Park. At the sight of the Korean-American singer, songwriter, dancer and charismatic rapper, the crowd let out an indistinguishable roar, displaying the extent of Jay Park’s popularity as a constant chart-topper. With Abandoned, a Korean version of Know Your Name, Carefree(from his New Breed Repack Album, for which there was a fan signing event at Sunway Pyramid *link to Seckvoon’s article on Jay Park*), Nothing and Girlfriend, I Got Your Back and Star, the audience was thoroughly charmed by Jay’s varied abilities. Park also delivered impeccable performances of Turn Off Your Phone, Do What We Do, and flaunting his jaw-dropping dance skills alongside his dance crew before tossing his cap to the waiting fans below. Teasing the audience with sudden flashes of his abs, Park rapped his comments, sang acapella, and conveyed his gratitude to the audience sincerely, leaving the audience swooning and sighing in regret when he impishly implied the end of his abs-exhibition for the night. With Body2Body, Park finished the concert with a blast, leaving the audience-especially the Jaywalkerz-walking on cloud nine for the rest of the night, while those who still had not have enough of Park were left chanting “encore, encore”, unable to bring themselves to see the inevitable end of a beautiful night.

Will you be watching it?

View information, videos or even photos taken by the audience on MTV World Stage’s website.

Cover photo and media coverage by: Yun Ting@hellokpop and Rachel