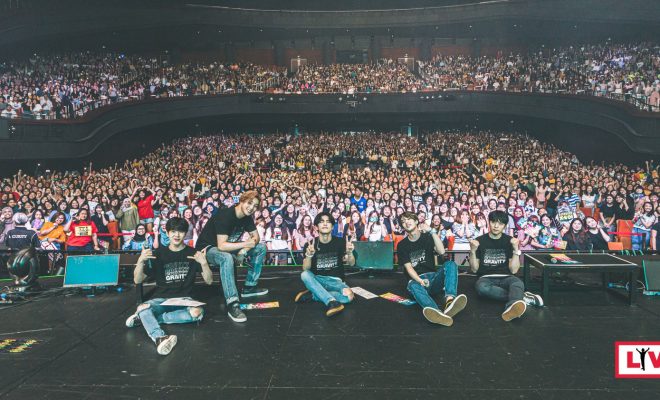 After years of waiting, Day6 proved that they are worth the wait and etched a lasting memory with Singapore My Days!

Fulfilling their promise to return to Singapore, Day6 filled My Days’ years of anticipation with a full-length concert performance of its on going tour “Gravity”. 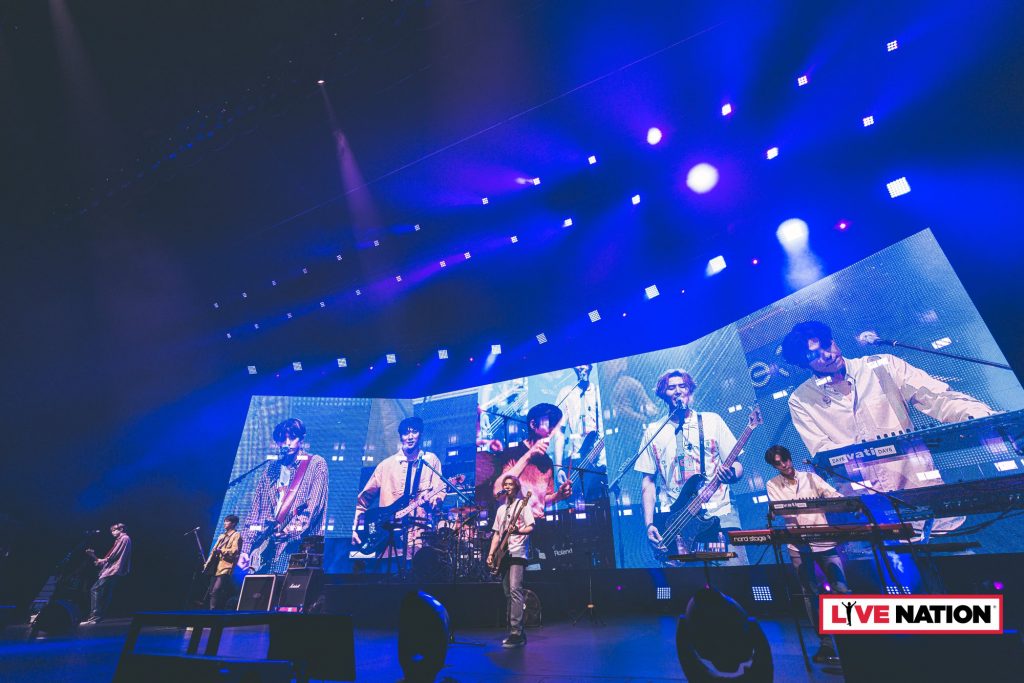 Held at the Star Theatre on October 5, the quintet delighted their fans with explosive energy. Furthermore, the group gifted their supporters with strings of songs from their new album and classic favorites.

Although dressed in casual outfits and not having fancy props on stage, Jae, Wonpil, Young K, Sungjin, and Dowoon made sure that audience would have the best time of their lives.

Allow us to bring you the eventful moments that happened in the concert.

?We are here to have the time of our lives at #GRAVITYinSG with #DAY6!

Stay tuned for our updates!?

When Jae promised My Days with a beautiful night, they surely did. As soon as the guys came up on the stage, Jae spoke to their ever faithful fans,” Singapore, are you ready? Hands Up!

However, being in a seated theater setup, the band knew that there’s a gap for the audience to enjoy the show while sitting down. Following Jae’s intro, Young K commanded the audience to stand up. Soon enough everyone let loose bringing a much more louder cheers in the theatre.

Without delay, the band opened the show with a blast. It complemented a shower of confetti that marked the beginning of the concert. Right after, everyone was in oblivion as the band played “Best Part”.

Excited to be their fans who were longing to see them, Jae and Young K encouraged the crowd to be on their feet as they continued with “Sing Me” and  “I Wish”.

Keeping the spirit high, Day6 followed up with “Somehow” and “Time Of Our  Life” 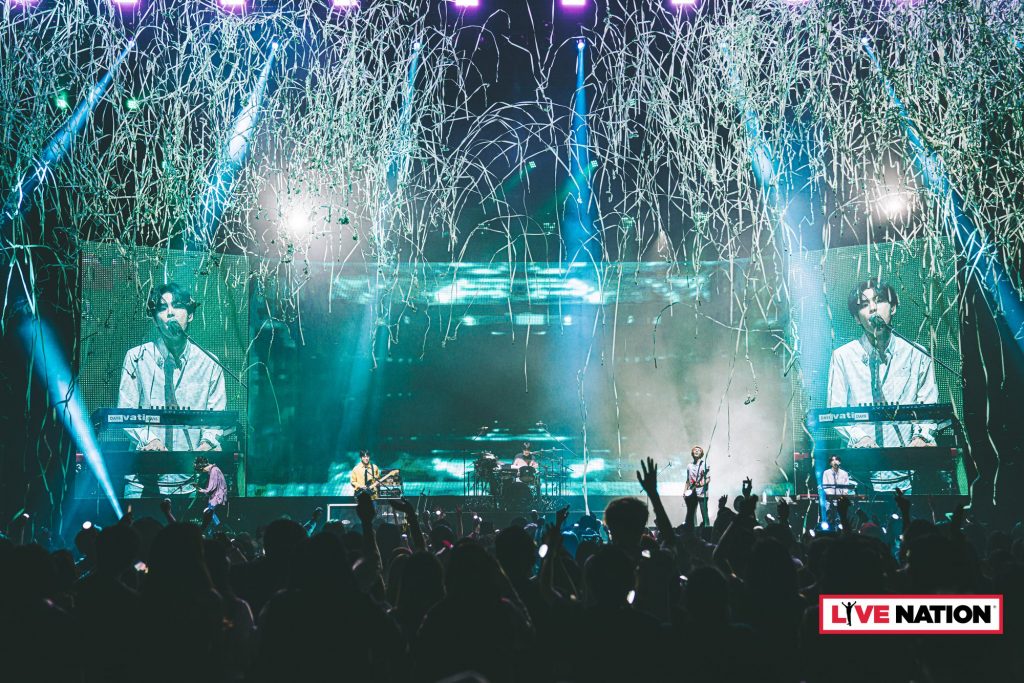 One of the many highlights of the show was showcasing their individual talents. Adding the grooves to “So Cool” are Dowoon’s powerful drum beats as the spotlight focused on him. It was immediately followed by Young K’s  heart-pounding bass solo. These combination were more than enough to bring an ear-splitting raves from the crowd.

Without taking a rest, Day6 throw another lively vibe with “Out Of My Mind” and “Feeling Good”, making the theatre into a club scene dancing to the each songs. 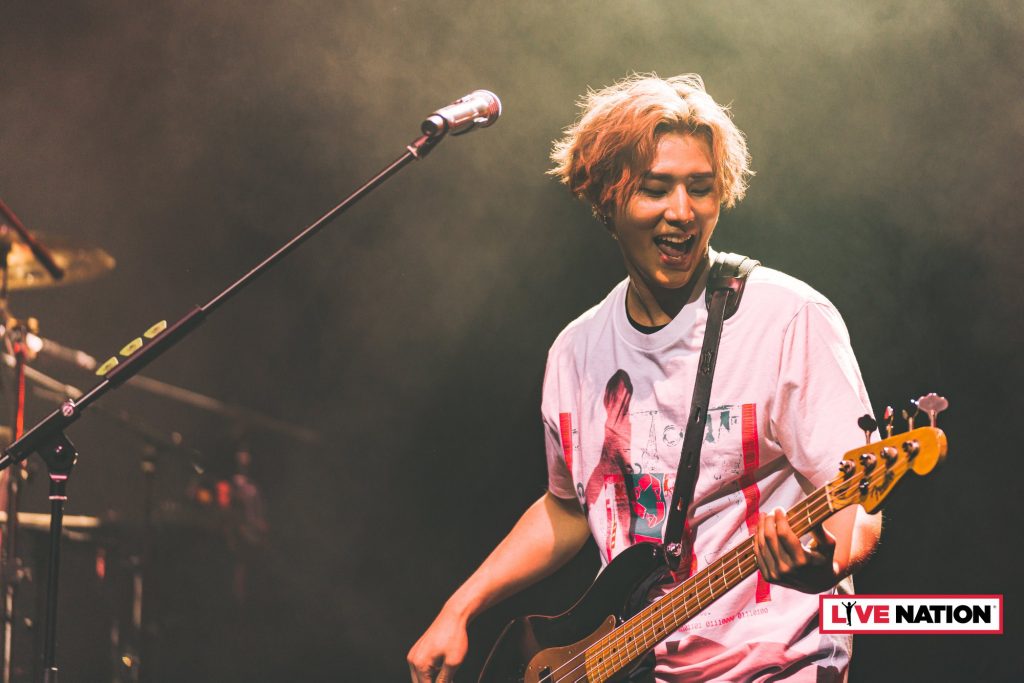 When it comes to music, the band members knew how to swag. But, they also have cute and funny side interacting with each other. After their non-stop performances, Day6 had a chance to connect with their supporters.

Like real blood brothers, Young K and Dowoon complimented each other after their solo telling each other they’re perfect and they got each other’s back.

Knowing how to engage with their fans, in their ments, Young K asked the fans how they feel about their new album gravity. Asking the audience whether it is okay, good,mediocre, great or awesome, the fans answered in unison with a loud “yes”.

Setting the atmosphere another notch higher, Day6 performed their jazzy hits. Who will not be ready to dance on their hit track “How To Love” played on stage? It seems like the time stoppped a bit when Sungjin took the center stage with his impressive guitar solo.

The crowd continue to get hyped as the boys belted “For Me” and “Wanna Go Back”. 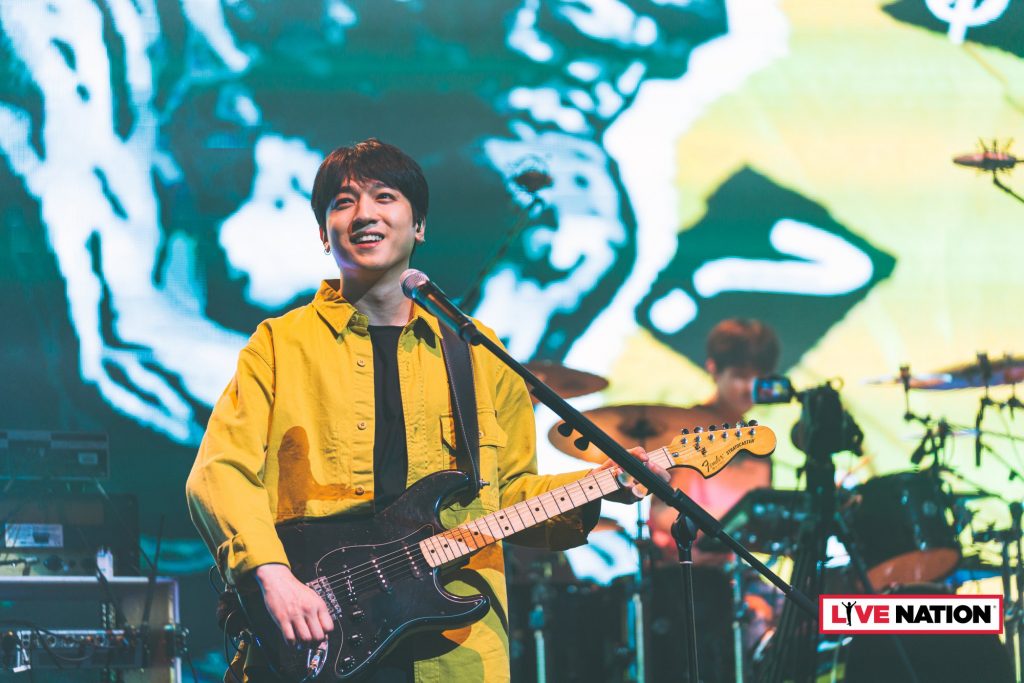 Another crowd favorite is the mash-up of tracks “Shape Of You, “I Like The Sun,”Treasure”, “Days Gone By, “Get Lucky” and “Blood”. It resulted to the crowd’s relentless bliss of enjoying quality music showing no depleted energy.

From there, the spotlight turned to Wonpil as he vaunted his exceptional skills in playing keyboard and sythesizer, befitting to DJ Wonpil nickname given to him by his fellow members. 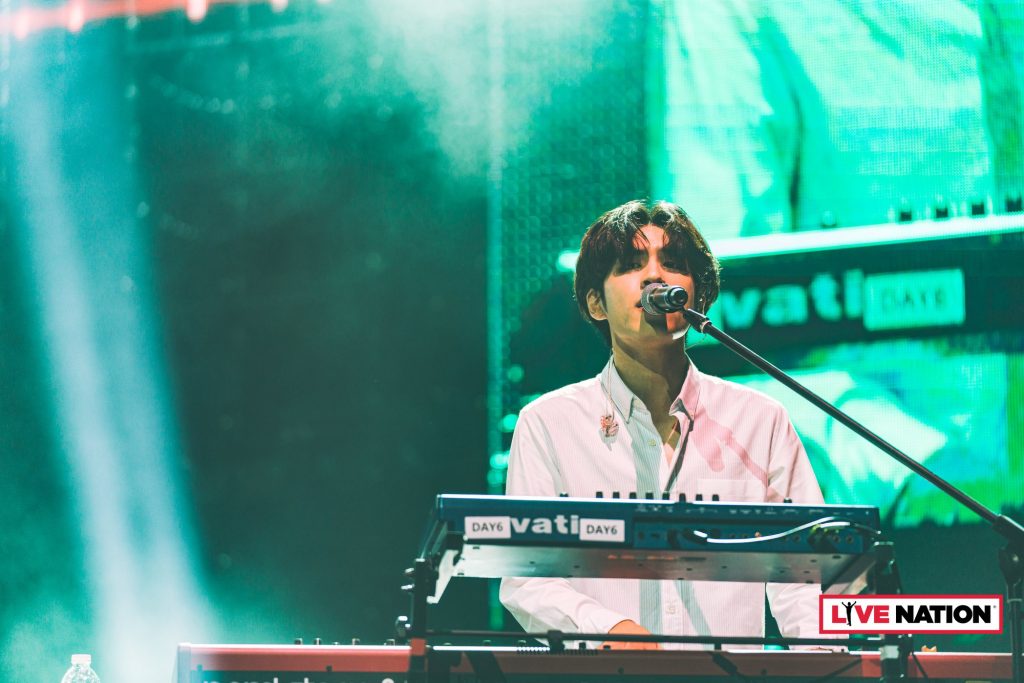 To give a little break from belting hit after hits of their music, Jae cutely quipped to Singapore My Days, saying, “We have many things prepared for you today. Who have seen the LA setlist? Got you, it’s different!,” making the crowd chuckle.

After receiving flood of request on Twitter, Day6 tweaked their Singapore set-list giving in to favors from the fans.

From their earlier albums, fans were treated with their ever favorite tracks “Colors” and “I Need Somebody” creating a sentimental feel in the theatre. Ending their emotionally piercing tracks, Day6 picked up and hyped up with “I wait” along with  fans singing some parts of the song.

Picking up from their throwback stage, Day6 proved that their core as a rock band is formidable after all. Day6 warm up the stage with “Lean On Me” and “Headache” followed by Jae’s guitar solo. Immediately after, they dropped “Warning” and “Shoot Me” with fans chanting the chorus. 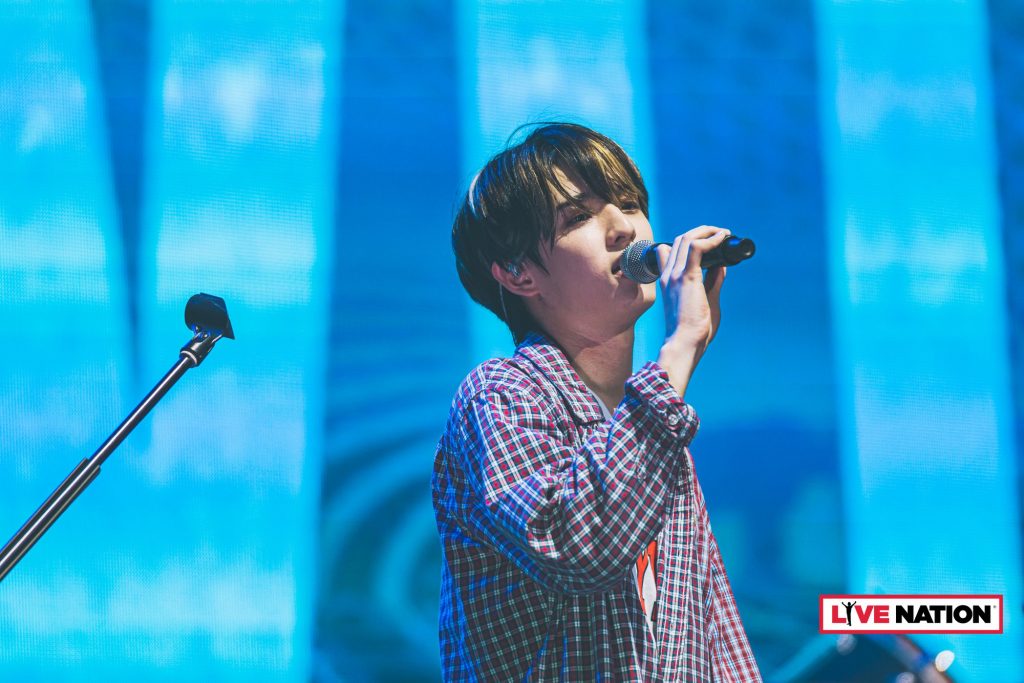 After a quick rest, the guys are back on stage to share more of their iconic hits. Again, emotions blanketed the theatre while fans turned on their flashes as they listened to the band perform “Cover”. Even the boys went emotional as Sungjin seen teering up on “You Were Beautiful”.

Doting on their the crowd, Day6 let the fans sing their classic favorite “Congratulations” with the band playing the background music hearteningly for them.

The Explosive Ending And The Touching Ments

Touched by fans handwritten notes, they thanked the fans one after the other. Day6 keyboardist, Wonpil confessed that he felt goosebumps after watching the video made by their fans. Furthermore, he thanked the fans for taking time to see them despite of their busy schedules.

Dowoon, on the other hand thanked My Days for allowing them to perform on stage and left a grateful promise – “You guys touched my heart.”, “Wait for us, we will be back.”

Their leader, Sungjin said, “Singapore My Days’ voice are so beautiful. I will work hard, play hard or study hard, on the stage, I’ll do my best”.

Lastly, Jae confessed he felt awkward in the beginning, like you see a friend for a long time,  but he was wrong. He was surprised that the crowd was amazing.

Ending on a high note, everybody jumped into their feet again as they partied with “Dance, Dance” and “Freely” wishing that the night won’t end.

It was a truly sweet night with Day6 who made sure to give their fans the time of their lives through their amazing music.

Hellokpop would like to extend gratitude to Live Nation & One Production for the media invite to DAY6 GRAVITY in Singapore.