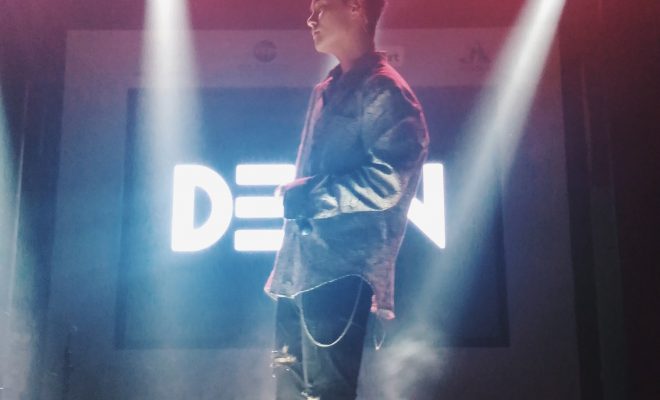 The singer did not disappoint the fans from all over the Philippines, who lined up as early as 3 a.m. to catch a glimpse of him. DEAN serenaded Rebels with six songs, with four from his first solo EP, 130 Mood: TRBL.

DEAN greeted the fans with Put My Hands On You, a collaboration with American recording artist and music producer Anderson Paak released in 2015. With a black cap on, the singer made the crowd go wild with 21, his personal favorite from his album.

The singer was also seen busily going around the stage to greet the fans from all sides. Fans were cheering and holding up banners of “PH Rebels <3 DEAN”. 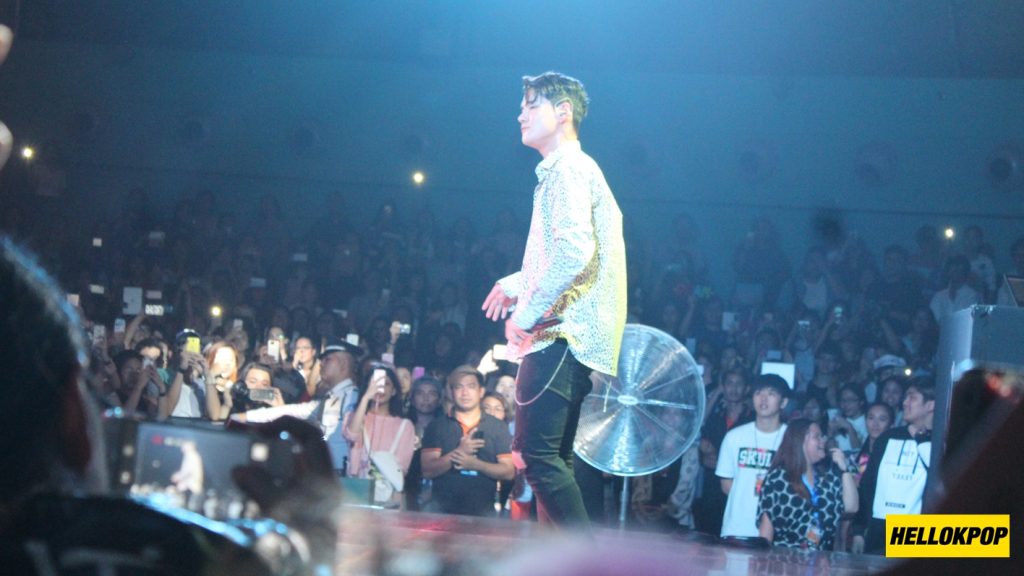 DEAN got the crowd singing along louder with What 2 Do, his collaboration with R&B and hip hop singer Crush and Filipino-American singer Jeff Bernat.

He showered the fans with great vocals and charismatic performance (and water!), with I’m Not Sorry, a collaboration with Grammy Award winning singer Eric Bellinger, before exiting the stage.

Rebels were screaming “We want more! We want DEAN!” as they wait for his return. DEAN came back with Pour Up, his last song of the night, and even rapped Block B‘s Zico part.

Lucky fans were able to meet DEAN backstage for a meet and greet session. Chosen fans also got their albums signed and met him up close.

Rebels who were not as lucky, however, were showered with hearts and smiles from the singer, as he waited for the next fan to come up.

DEAN thanked the Rebels who came to the show and ended the night with a thankful bow.

Filipino singer, Krissy (of duo Krissy and Ericka), and DJ Jared of Curse + Bless opened the show and entertained the crowd before DEAN arrived on stage. Filipino actress Glaiza De Castro and TV personality Kring Elenzano-Kim were also among the audience.

Hellokpop would like to thank Ms. Cheska of MCA Music for the invitation.

Hellokpop, as an independent Korean entertainment news website (without influence from any agency or corporation), we need your support! If you have enjoyed our work, consider to support us with a one-time or recurring donation from as low as US$5 to keep our site going! Donate securely below via Stripe, Paypal, Apple Pay or Google Wallet.
FacebookTwitter
SubscribeGoogleWhatsappPinterestDiggRedditStumbleuponVkWeiboPocketTumblrMailMeneameOdnoklassniki
Related Items130 mood: trbldeanDEAN The Philippine Promo TourMCA Music
← Previous Story Mystery Solved: Why DEAN Loves To Wear Long Sleeves Shirts
Next Story → Yang Hyun Suk Says BLACKPINK Will Fill In For 2NE1