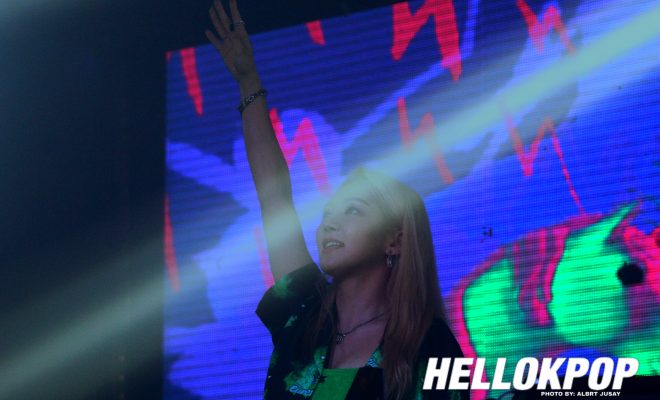 image by Albert Jusay for Hellokpop

Through a mix of well-loved hits and beats from the new decade, DJ HYO shows us how to truly throw a party in Manila.

On February 8, House Manila was certainly the place to be for Filipino SONEs and Hyoyeon fans as DJ Hyo took over the nightclub for an exclusive set. With powerful opening acts such as Angelo G., LOX, and Nix Damn P!, the mood and the stage was set for a party like no other. 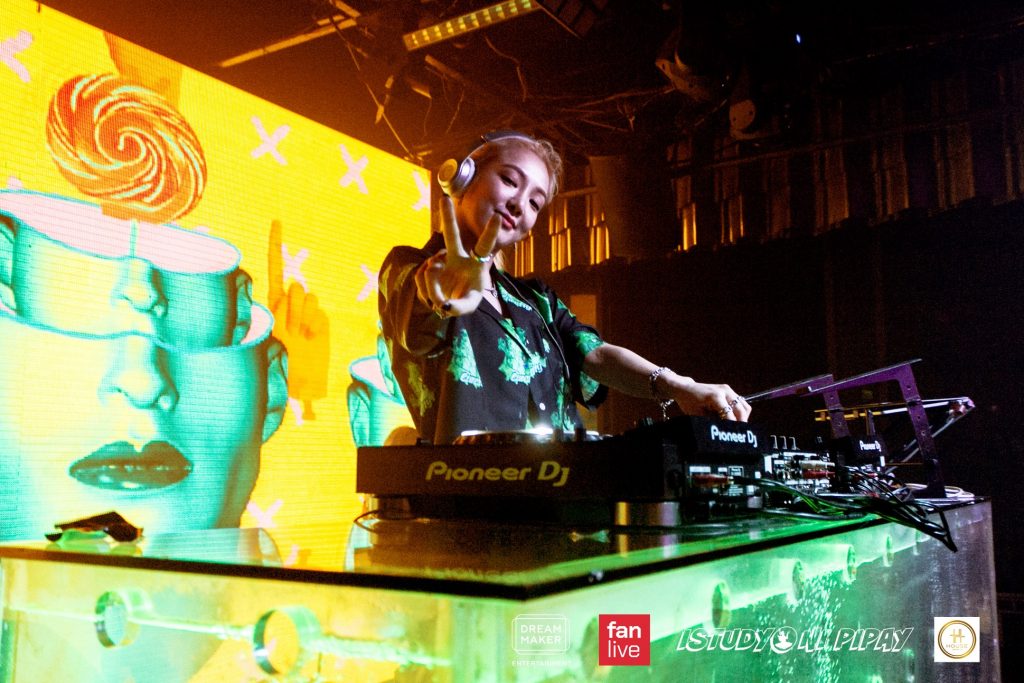 Over the course of an hour, the stunning and spunky DJ showcased how she’s grown as a musician through a wide variety of remixes and beats that lit up the whole room and had everyone jumping and singing along.

In more ways than one, DJ HYO celebrated a number of well-known pop music from the past decade. SONEs were up on their feet as the celebrated DJ opened her set with her remix of Girls’ Generations 2011 hit “The Boys”. Taking it even further back for SONEs is her dance remix of their 2009 hit, “Gee”! 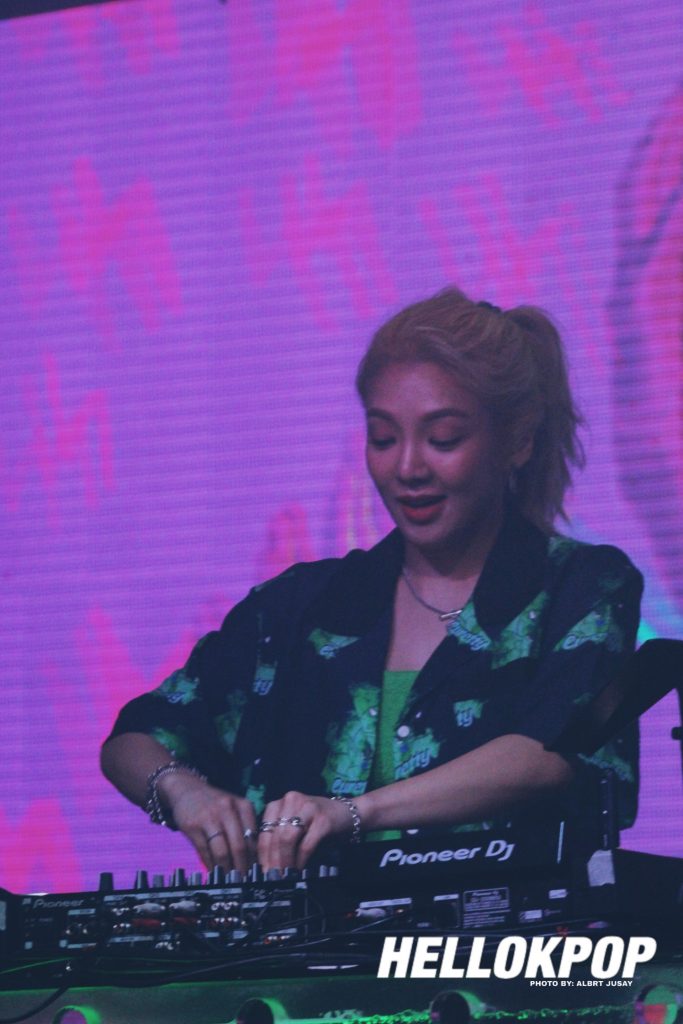 Aside from taking SONEs down memory lane, she also threw in her own mix of a few Western hits from the past decade—such as Aqua’s 1997 release “Barbie Girl”, and The Ting Tings’ 2008 “Shut Up and Let Me Go”. No matter the language, DJ HYO showed us that she is more than capable of playing with music and making it sound good.

The talented DJ also made sure there was also a mix of current hits in her mix as well! DJ HYO added her own twist on songs like Tyga’s “Ayy Macarena” and Justin Bieber’s “Yummy”—which definitely had the crowd dancing and singing along. The real highlight of everyone’s night, however, is DJ HYO’s own performance of her smash hits. 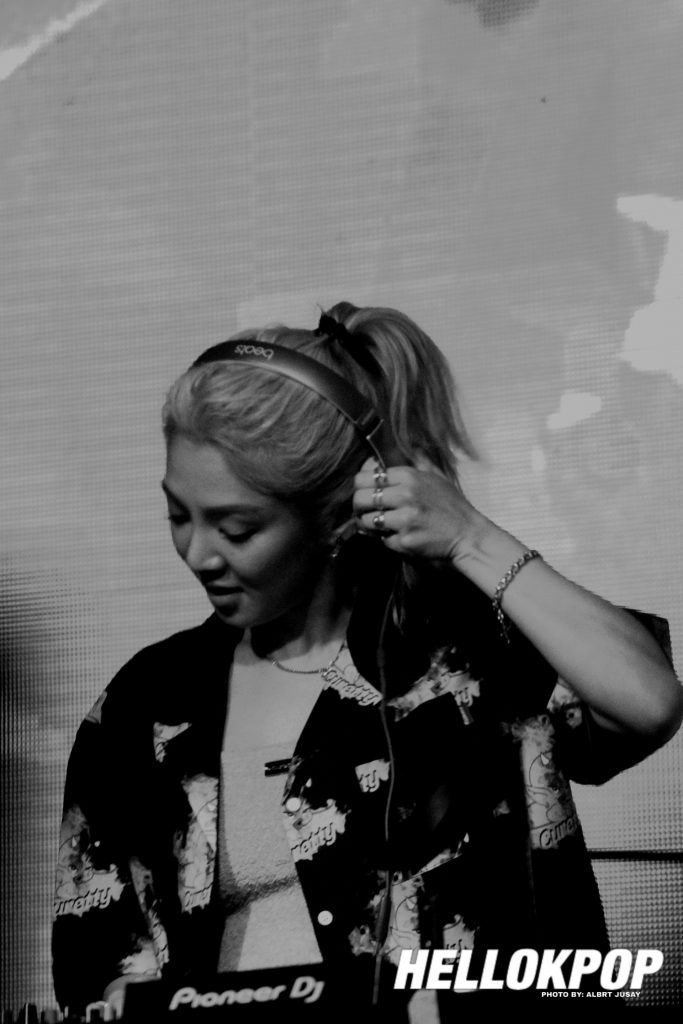 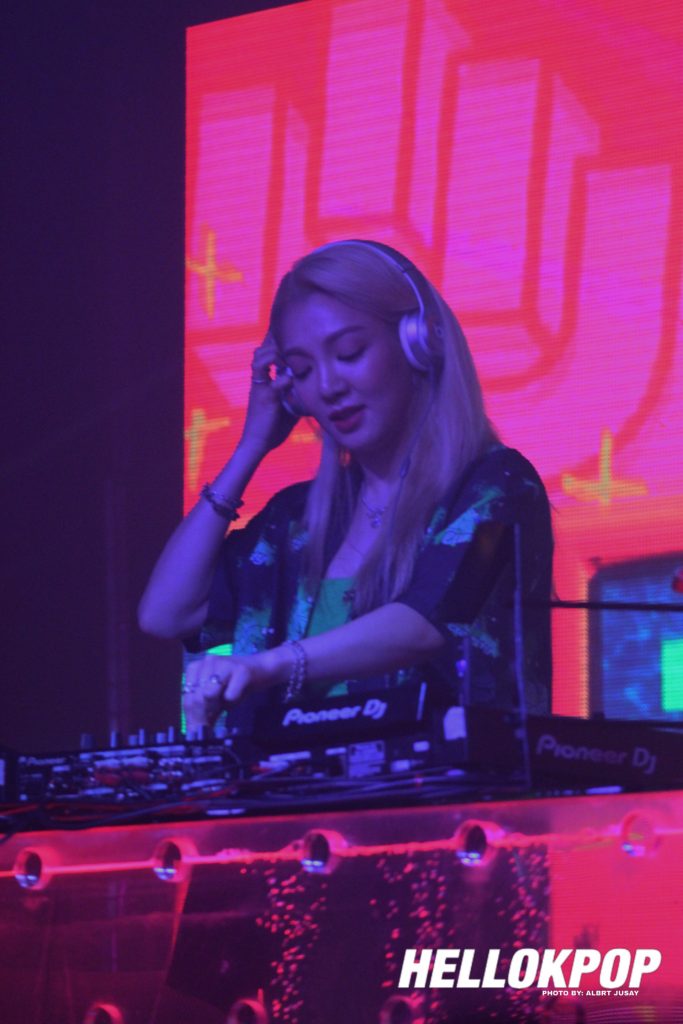 With a whole room chanting her name, DJ HYO dropped a few bars from “Sober”, “Punk Right Now”, and “Badster”— all the while giving the already memorable songs a remix made especially for her loyal Manila fans. Through it all, she managed to showcase why she takes the title of Girls’ Generation’s dance machine by dancing along with the crowd!

What ultimately made this an unforgettable experience for DJ HYO and fans alike is all of the small interactions that were shared throughout the show. Before the show ended, the DJ expressed her gratitude for her ever-supportive Filipino fans and SONEs: who handed her a banner that said “You’re the best DJ”. 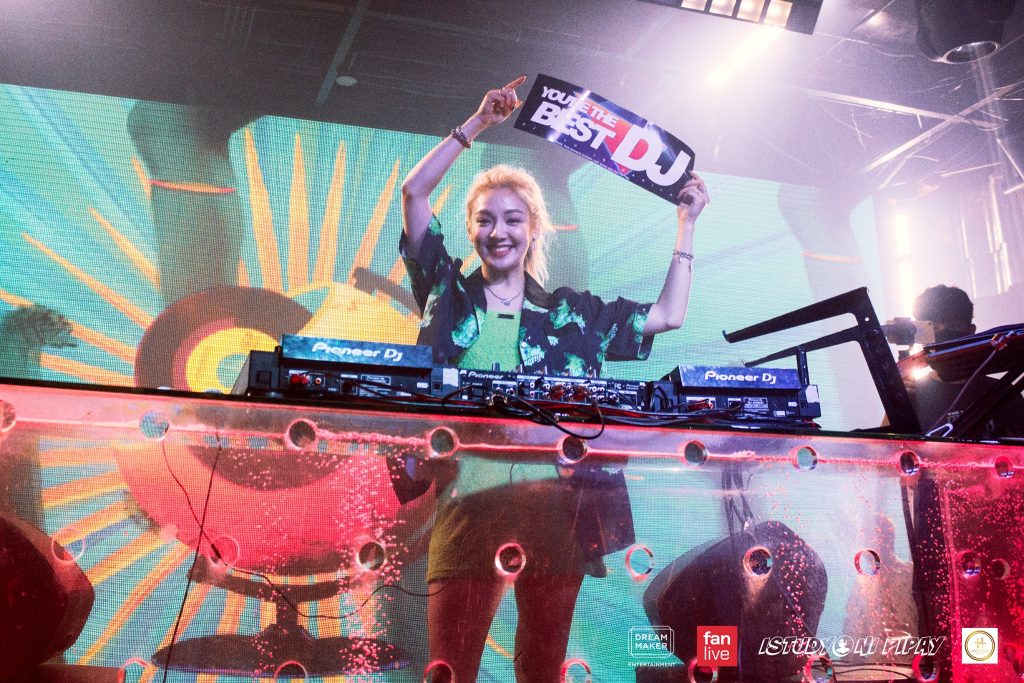 DJ HYO ‘The Exclusive DJ Set’ In Manila is brought to fans by FanLive, Istudyo Ni Pipay, and DREAMMAKER Entertainment. Hellokpop extends gratitude to FanLive for the media invites.