The members of U-KISS are back to the Philippines for the fourth time as one of the performers at the Dream Kpop Fantasy Concert happening at the Mall of Asia Grounds on January 19, 2013.

Kevin, Hoon, Soohyun, Eli, Dongho and Kiseop were present during the press conference. AJ was unable to join the group as he was presently busy with his studies. Starting off by greeting “Hello everyone! We are U-KISS!” and introducing themselves one by one, U-KISS heightened the excitement of the fans cheering for them. Afterwards, they enthusiastically answered questions from the host and media.

Host: As we all know, this isn’t the first time U-KISS visited the Philippines. How many times have you visited the country?

Host: I think this is your fourth time here.

Kevin: Yeah. We haven’t been here for years, so we miss our Filipino fans a lot.

Host: (To the crowd) Did you guys miss them too?

Host: What did U-KISS missed the most about the Philippines?

Host: How about the food? Did you also miss the food?

Kevin: Yes. We’ve just arrived earlier, so we have not been able to try any Filipino food yet, but we will surely try later, or tomorrow. Do you have any recommendations?

Host: (To the crowd) What do you want them to try?

U-KISS: We will try them out!

Press: How different are the Filipino fans from other fans?

Kevin: Our Filipino KISSMEs are special, because our first concert was held in Manila. It was a very special concert for us. And even though we haven’t been here for years, they still support us. We would like to thank them. Mahal kita (I love you)!

Press: What is your advice to your fans who dream of following your footsteps?

Kevin: It’s been a long way for U-KISS, and we would like to say to always reach for your dreams and always try your hardest.

Media: Will you date a Filipina?

U-KISS: Of course! Anyone who loves U-KISS.

Press: Since you have been together for so many years, can you share with us some funny or weird habits of the other members?

Kevin: Hoon has a weird habit. Whenever we are eating, he kind of moves his hand like this (like playing the piano using one hand). He doesn’t realize doing it until we tell him.

Host: Does Hoon play the piano?

Host: Now we know why!

Press: If you could describe the person next to you as a dessert, how would you describe him?

Dongho (describing Eli): Coffee! He is very addicting and handsome. You can never forget Eli like coffee.

Eli (describing Kevin): Kevin is like an apple pie. It’s sweet on the inside but it’s very warm too.

Lastly before concluding the press conference, U-KISS asked fans to anticipate their upcoming album, set to be released sometime in March. They also promised to show their best stage as they performed once again for their Filipino fans.

Stay tuned to hellokpop as we bring our exclusive updates on Tahiti and Infinite’s press conferences and our coverage of the Dream Kpop Fantasy Concert. 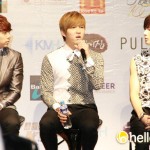 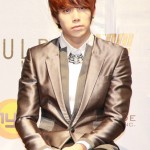 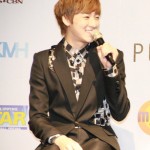 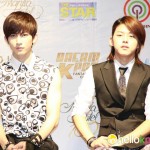 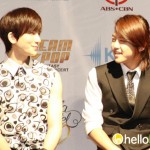 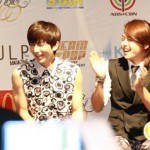 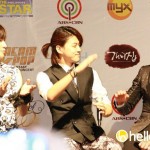 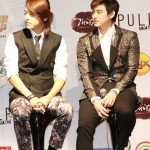 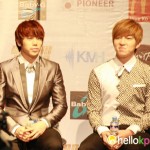 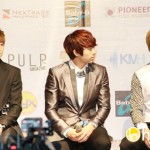 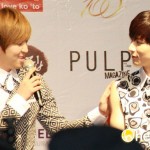 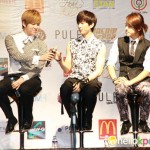 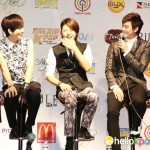 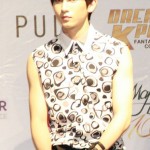 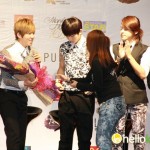 Special thanks to Ms. Happee Sy and PULP Live World