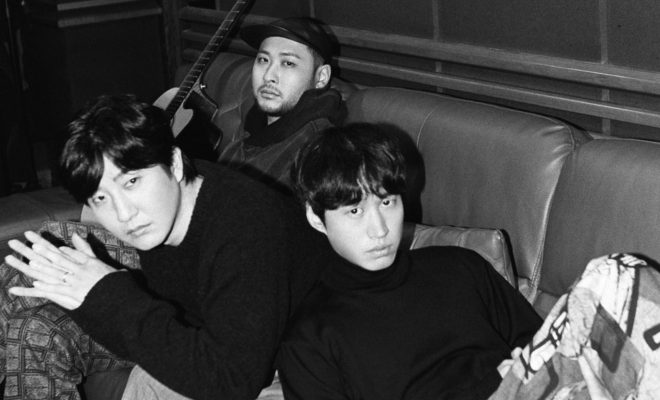 Staying true to the artistic and emotional gravity of their music, Epik High has been smoothly sailing since their debut in 2003.

Amidst the thriving industry of Korean music, a career spanning 16 years and counting is no easy feat for Epik High. Keeping the vibrancy and soul to inspire through through music is inescapably challenging. Nonetheless, Tablo, DJ Tukutz and Mithra Jin continuously confront their music goals with patchwork creativity that makes sense. 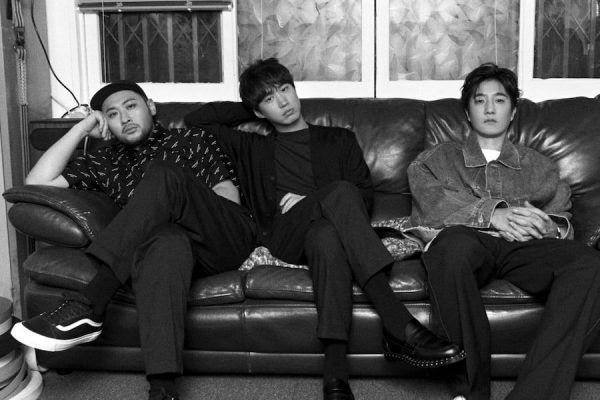 Bringing in the team’s signature smarts and humor, Epik High talked about their music inspiration and goals.

Adding to that they threw in adorable trivias and candid thoughts. The flawless and genuine answers to Hellokpop team’s questions left us impressed inevitably. That we decide to post the unabridged and unedited interview responses.

On Music That Inspires

Q: Epik High’s music has been constantly evolving, what songs resonate the distinct quality of your artistry that you want people to be inspired by?

Tablo: We make music for people who feel desolate, wronged, or neglected, in hopes that we can provide them comfort. Songs like “Eternal Sunshine”, “In Seoul” and “Home is Far Away” best reflect this.

Q: Epik High has been around for such a long time and with the music industry changing over time, especially with what’s trending or what people like, is there anything you do to make sure that you keep up and still remain as one of the favorite artists people want to listen to?

Tablo: We sincerely pay attention to our fans and what they go through as human beings, and I think it can be heard in our music and it is what resonates with the larger public as well. Trends and sounds may change, but the emotions people feel and the nightmares and dreams that we as people have will never change.

Tukutz: Our music has never been about being hip or trendy or whatever. We just do us. Ironically, I think that’s why we have number one hits even after 16 years.

Q: Epik High has been named as the role model and inspiration of many artists who pursue doing music, and a lot of them had made it big in the music industry both locally and internationally. How do you feel about this?

Mithra Jin: Yes, we have been told that we inspired many amazing artists, like BTS and Seventeen.

Tablo: We’re happy about that because our intent in doing music was always to inspire others to have a voice. It’s wonderful to know that some of these voices have become so huge now and are inspiring other people as well.

Q: Who are your musical influences? What kind of music did you listen to when you were growing up?

Tablo: I would say Kurt Cobain was one of the biggest influences.

Q: If any epik high song could become a theme song for any marvel movie, what would it be and why?

Tablo: If they ever make a Groot & Rocket movie, No Thanxxx would be perfect for it. Because it’s badass.

Q: Specific to Tablo: favorite feedback from fans on social media about your podcast

Tablo: Some fans say that their skin got really beautiful after listening to my podcast. haha

Q: Those movie poster edits of epik high for your concert promos were such a hit to fans. Honestly though, which K-drama character do you think you’d perfectly portray and why?

Tukutz: I’d be perfect as Coordinator Kim on Sky Castle. Because I’m always coordinating stuff for Epik High, like travel itineraries and stuff.

Q: How did your song writing process change through the years? What triggered the the deviations?

Tablo: Our songwriting process begins first with living life itself. Experiencing things. Feeling things. The process has never changed but our lives are constantly evolving, and so the songwriting follows that.

Q: Were there any little anecdotes that you want to share from working on your previous albums?

Q: Out of unlikely collaborations with fellow musicians, which group would you want to mix your music to produce a record-breaking sound?

Mithra: I think we’ve pretty much worked with everyone we’ve wanted to work with, but doing a song with Samuel L. Jackson would be pretty awesome.

On music to delve more in the future

Q: You’ve tackled so many interesting and raw yet extremely relevant themes through your music like mental health, capitalism, social norms, etc. What so far has been your personal favorite and what theme would you like to dive deeper into in the future?

Tablo: I went back to our older albums from 16 years ago. What I noticed is that I’ve been talking about depression since our first album. The thing is, at the time, depression and anxiety wasn’t really a topic of discussion in Korea. Now that people are more familiar with the topic, there’s a lot more I can say, and many more ways for me to possibly help through our music.

Q: Your latest album “sleepless in ___” was your first independent release and you’ve mentioned before that you were pretty nervous about it and didn’t expect that it would be such a chart-topping release. In your opinion, what was it that drew fans in to “sleepless in ____” and what could have probably kept them listening to it over and over again?

Mithra: I believe that sleeplessness is a topic that is common to everyone, that is pertinent to everyone, just like love and heartbreak.

Tukutz: Our music is very lo-fi. I think people find our sound soothing and that lends well to repeat listens.

Continuously bringing up its legacy as one of South Korea’s most respected musicians, Epik High released Map of the Human Soul in 2003. In March this year, they released a dose of good music with its newest album sleepless in _____.

After their string of successful sold-out concerts in North America and Europe, the trio will bring their music to Asian cities. Singapore will be the first stop of their Southeast Asian tour. Thereafter, the group heads to Hong Kong, Taipei and Seoul.