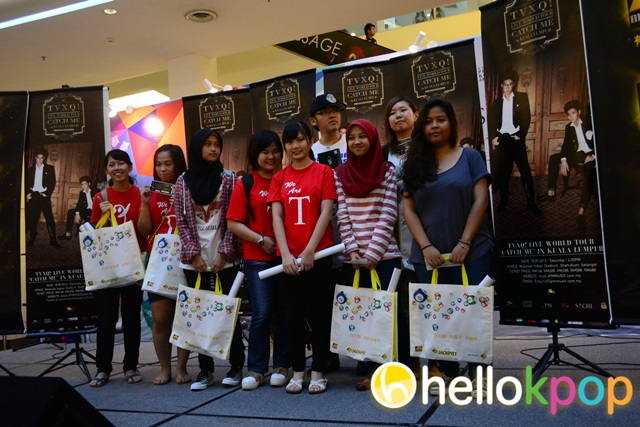 Exclusive: Event director of JPM Music, Alicia Lo, talks about the coming TVXQ concert in Malaysia, the company and its future plans, fans’ interview and reactions, and coverage of the road show held in anticipation to the concert.

Event organizer JPM Music and joint presenter Magnum turn on the Cassiopeia’s heat to an all-high when they held the first road show at Tropical City Mall on 28 April for the coming TVXQ concert later this month. TVXQ! Live World Tour ‘Catch Me’ Concert in Kuala Lumpur is confirmed to be held on 18 May, 6pm at Stadium Malawati, Shah Alam.

On  28 April, hundreds of Cassiopedia turned up in red and attended the road show at Tropicana City Mall in Selangor. The passionate fans participated at various game sessions and competition that included singing and dancing.

Three individuals and groups of contestants took part in the competition and put up their utmost effort with their personal unique vocal and energetic dance moves to the tune of the songs of TVXQ. The fans competed against each other with the hope of walking away with privilege passes to the press conference of the concert. Lucky for two young and talented siblings who performed to TVXQ’s Catch me, they successfully won the praises of the judges and were rewarded with a pair of passes to meet Yunho and Changmin up close. The show moved on with an Q & A session of a series of questions regarding to the group and the concert.

Into the next segment of the show, 13 participants were eliminated down to three, with each required to sing a snippet to any of TVXQ’s song. A lucky female participant who sang Hug, emerged as the winner and won for herself a copy of TVXQ’s album.

JPM Music wrapped up the road show with a lucky draw session. Fans who were presented, were definitely in luck to have won the prized concert tickets for themselves as the organizer generously conducted a special tickets’ giveaway draw in return of the fan support for the concert.

Coming to less than 2 weeks before the TVXQ concert, fans who have yet to purchase the tickets can still do so through here – Ticketcharge.

Hellokpop has the pleasure to sit down with the event director of JPM Music, Ms Alicio Lo, after the road show for a short interview about the company, future plans and TVXQ’s concert. 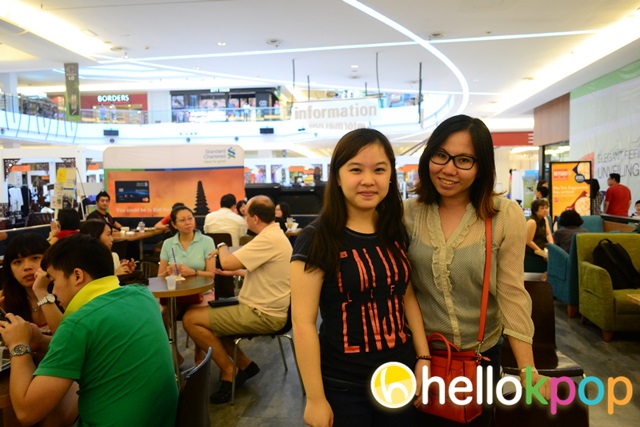 JPM is relatively new to Malaysian fans. Would you mind telling us more about your company?

Alicia: JPM Music is part of the JPM Group and is an event management company driven by a dynamic team of professionals who have a passion for great music and bringing together memorable events. JPM Music specializes in bringing K-Pop talent to Malaysian fans for spectacular live performances. Whilst new to the scene, we are making a bold statement by inviting K-Pop legend TVXQ to Malaysia to ‘wow’ their devoted fans.

Many have thought that TVXQ may have gradually lost their market in Malaysia. Why is JPM still willing to invite them for a concert?

Alicia: It’s easy to assume that the artists and music people enjoyed when they were young will no longer interest them many years on. However in actual fact, that’s not the case. Ask anyone who was a fan of a boy-band or girl-band as teenager if they would be excited to see their favourite group return for a live performance and the answer would undoubtedly be YES. Acts like TVXQ are classics that remain loved through generations. Their fans remain fans for life and in the process of rejuvenating their career they also gain new fans. TVXQ have made a comeback and are now bigger and better than ever.

What do you think of JPM’s advantage or strong point as compared to other organisers?

Alicia: Our experience in handling grand-scale events definitely gives us a ‘leg up’ on other organisers. In bringing together big events such as the Super GT which also involve a musical performance element in event organisation, it’s essential that you have a strong and supportive team to be successful.

Is this the JPM’s first time working with Korean companies? Can you share your thoughts about working with SM Entertainment?

Alicia: This is our first time working with Korean companies to bring Korean talent to Malaysia. It has certainly been a positive experience and it’s inspiring to see how professional they are and committed to their projects.

Other than K-Pop, will JPM bring other foreign artists to Malaysia? Why?

Alicia: Not for the moment but we shall see what the future holds. If anything, we would most likely bring in European artists as part of our JPM Group events.

Can JPM reveal to us what your upcoming plans are?

Alicia: In the next few months, we will once again be bringing back the Super GT and we also hope to present Malaysian fans with a few more K-Pop acts live in concert this year and next year.

Before the show began, we also interviewed two Cassiopeia, named J’lyn and Catherine, who have been fans of TVXQ for more than five years. 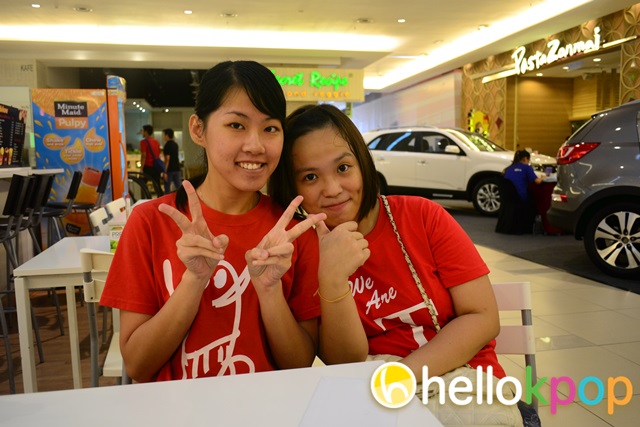 How long have you been a fan of TVXQ?

What is it that TVXQ has attracted you to become their fan?

J’lyn: I saw the promotion advertisement on the television when they were scheduled to hold a concert in Malaysia in year 2006. Actually I was attracted to them because of a word, ‘Hello’ spoken by Yunho when he picked up the phone and I thought this guy(Yunho) was good-looking. Then I went online to check out more about them.
Catherine: I have to admit that it was because of their appealing looks when I first discovered them in a magazine. I don’t know why but I just feel like they are kind of my taste. So I went online to find out more about them and slowly developing love and support to them.

Which is your favorite TVXQ’s album and why?

J’lyn: Rising sun because it was the first album I know when I get into them.
Catherine: Mirotic because when they were in Japan when I discovered them and I merely can watch them. Mirotic has left me with the most impression.

What makes TVXQ different from other groups?

J’lyn: Dancing and their singing!
Catherine: I think it is their staging charisma and also that they really care about their fans.

What do you expect to see in the concert? (Besides the red ocean)

J’lyn: I am really looking forward to listen to Changmin to perform the Chinese song Ting Hai by A-Mei (Tran: Listen to the Sea)

Is there anything TVXQ said or have done motivated you or inspire you to do something?

J’lyn:  I am now majoring in Korean Studies in University of Malaya. It is because of TVXQ that I chose to study this course. I am in my third year now and have visited Korea as an exchange student under this program for three times already. I will be going to Seoul this September for internship.
Catherine:  I remember Changmin has once said this, ‘学习并不是人生的全部。但既然连人生的一部分―学习也无法征服，还能做什么呢'( Tran: Life is not all about learning. But if you can’t even subdue learning as part of life, what can you do in life?) It motivates me to study whenever I feel tired during the exam period. 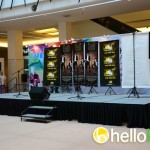 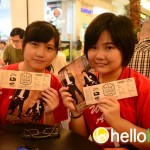 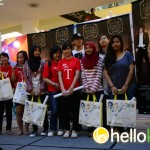 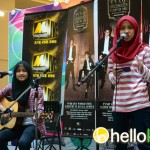 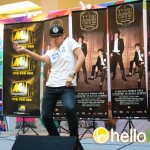 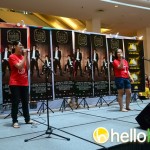 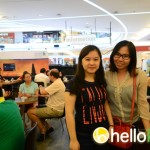 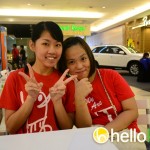 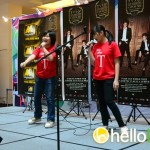 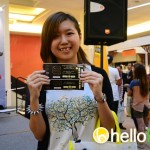 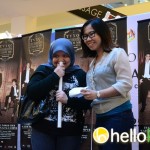 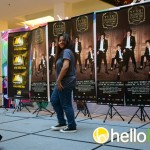 Hellokpop expresses our thanks for the opportunity and time given to us for the road show and look forward to more K-pop events in Malaysia organized by JPM Music!