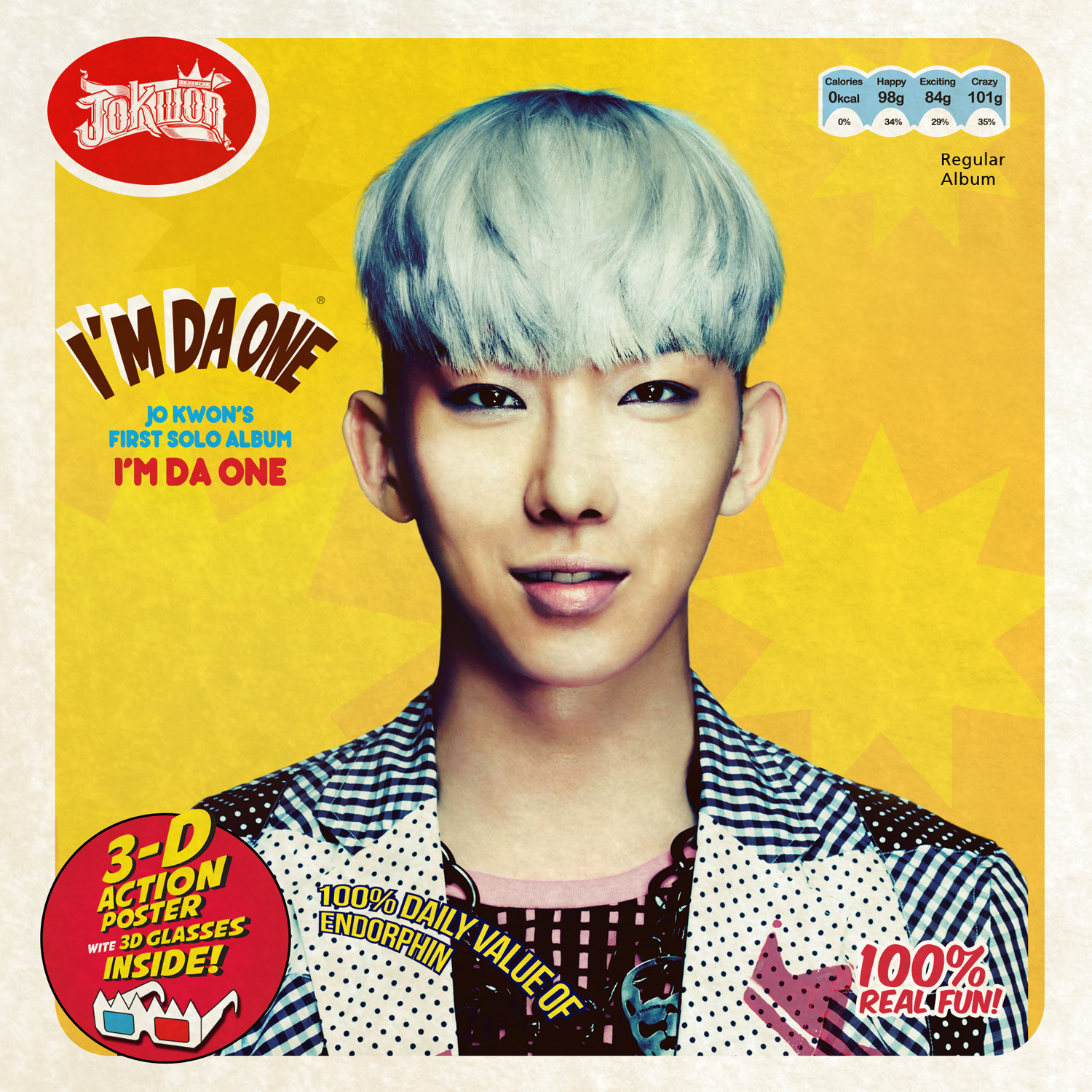 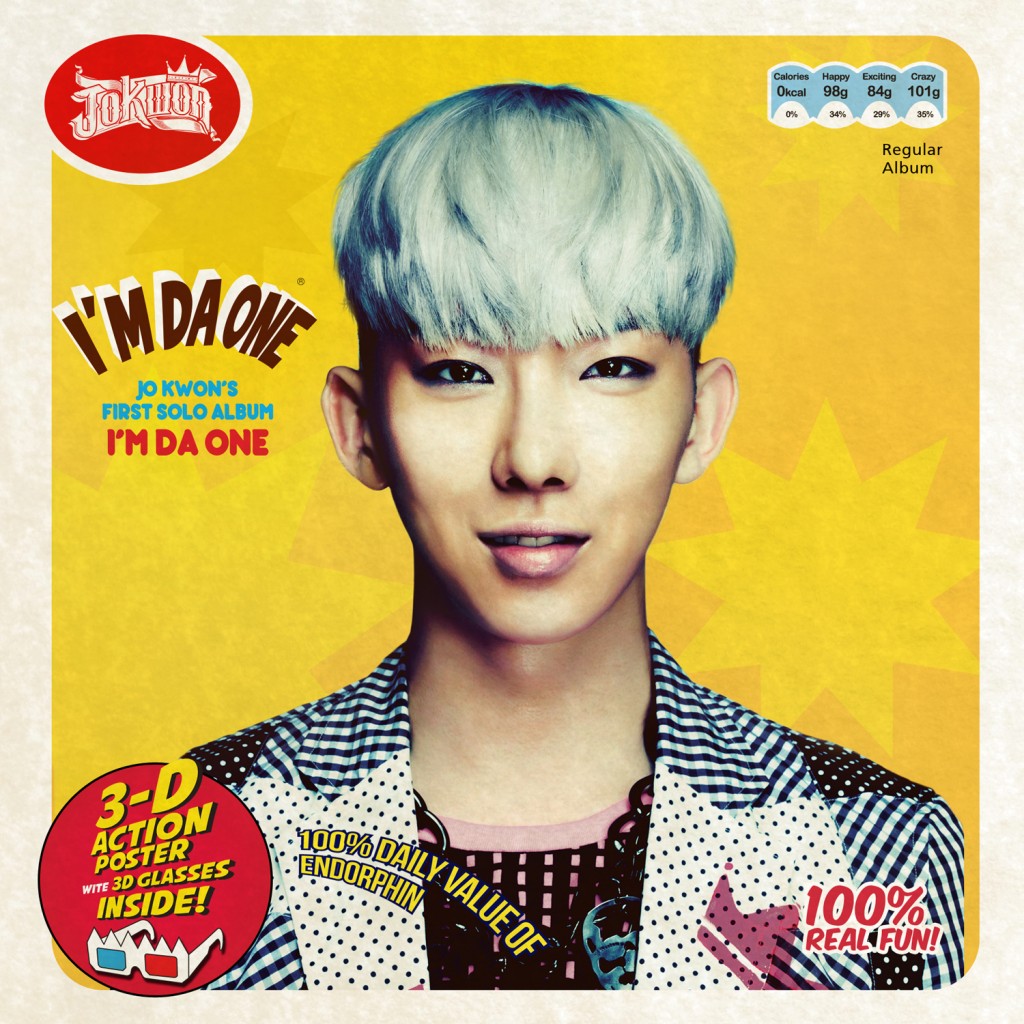 hellokpop got the rare and exclusive chance to be part of MCA Music‘s video conference with 2AM‘s Jo Kwon! Jo Kwon, who has been a trainee for eight years in JYP Entertainment, has been part of 2AM for four years and has recently released his first solo album, I’m Da One.  Through the video conference, he shared his feelings about his album. 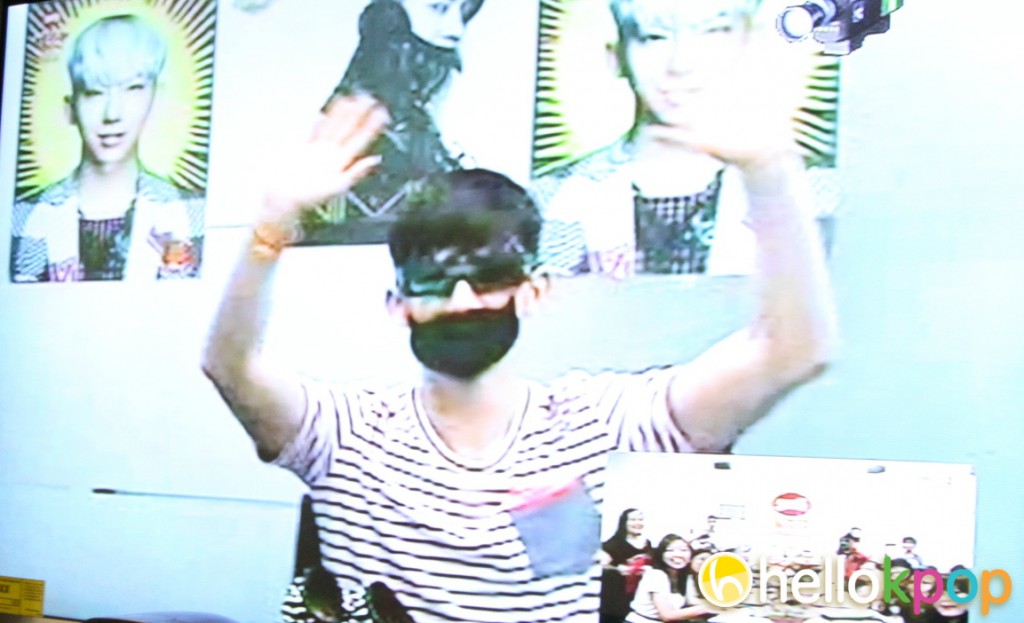 Were there any fears that you had to conquer when you decided to go solo?

There was a lot of anticipation about my solo debut, so there was lots of worry and pressure as well. But, because I was able to show you the kind of me that I really want to show and the performance too, I was really pleased.
How significant is ‘I’m Da One’ as your debut solo song in terms of your career and personal life?
The most crucial point of this song is that it shows the very essence of my merriment and being experimental.  It is reflected in the song itself, as well as the lyrics and the story in the music video. The message of all of that is through the happiness, and my merriment that has lifted and touched everyone! 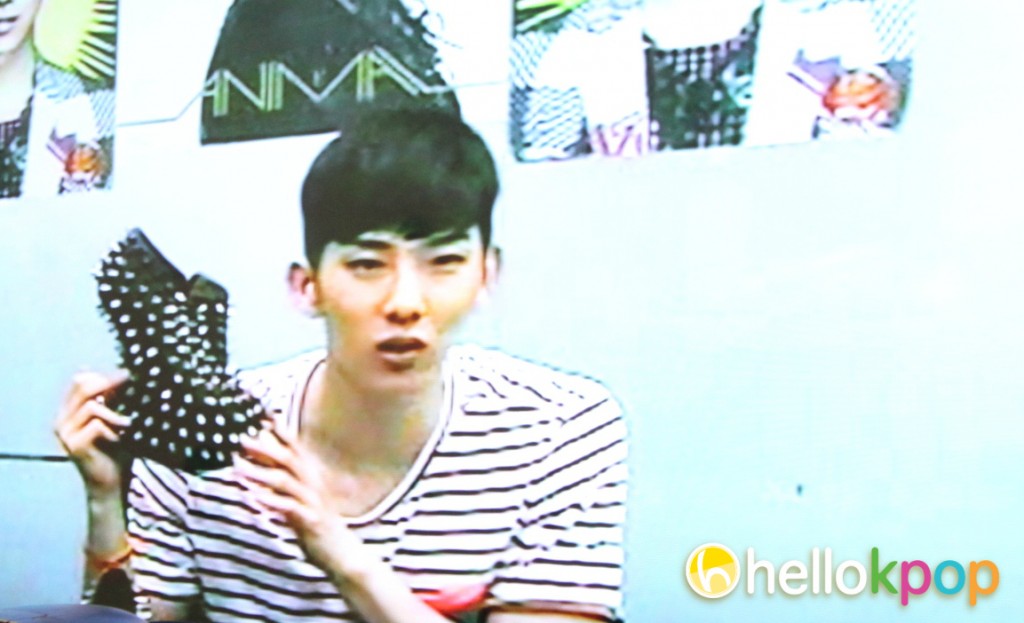 I’m Da One tracks
Jo Kwon describes some of the tracks on his full-length album which has ten brand new tracks. Each of which shows a a side of Kwon that the audience will surely love.
I’m Da One – It was written by up-and-coming song writer Lauren Dyson, and the choreography was done by X-Factor choreographer, Kyle Hanagami, who is famous in America at the moment.
Animal – It has a complete different image. This song reflects the dark Jo Kwon and it’s 100% electronic music wrtten by renowned DJ, Avicii. It features a unique style concept, including the use of very high heels shoe called ‘night walker’ as part of the styling. The shoes is something that Lady Gaga would wear on stage.
When we were deciding on the concept for the song Animal, my company suggested that the shoe should be part of the visual concept and I was worried at first because as you can see, it’s quite daunting whether I can dance to or let alone walk with it. But, I wanted to give it a go and I accepted their suggestion. My producer, Bang Shi Hyuk, flew to New York himself to buy them. They’re not as bad as they look and are actually more comfortable to walk and dance with, but obviously during the rehearsals I had trouble walking around it and I had blisters dancing in them.
Wingardium Leviosa – This song is an incredibly fun song and the title as you know is inspired by Harry Potter‘s charm ‘Wingardium Leviosa’. I’m such a huge fan of Harry Potter and grew up watching it. When I show up in the club and say these words, it can lift the mood and atmosphere of the club in an instant like magic. We also came up with a very fun Korean rhyme to the title so it’s a very good song to play in the club. 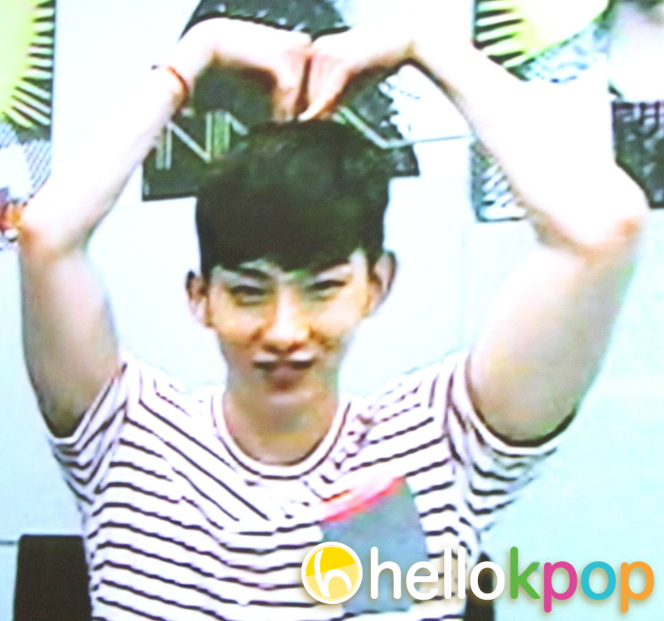 The other side of Jo Kwon
Fans enjoyed watching you on “We Got Married”. If you had your way, what would you do on your dream date?
If I had a chance, I would like to go on an ordinary date. To get together with my girlfriend in a crowded place, or go to a movie, or eating something nice together. Something ordinary, but something special for the both of us.
What’s the truth behind the kkab Kwon image? Did you conceptualize that yourself or are you like that in real life?
I think that’s a funny question. Kkab Kwon is what was essentially inside of me, the essence of me. Perhaps, it’s something that is inside of me that is revealed as I appear in entertainment shows. Korean fans love it and labelled me as such.

Aside from singing and dancing, you’ve also tried acting. What else do you want to do aside from those things?

As far as acting is concerned, I’ve only tried comic acting, like in sitcoms, but I’d love to try working on a movie or a drama or a more serious film. I’d love that any day.
What are the memorable gifts that you received from fans?
A mouse pad was given by a Japanese fan which was a little naughty and funny. It became an issue in Korea because it was rumored that I bought it myself. It was a little unjustified because why would I buy such thing but what can I do? (laughs)
Before the interview ended, Jo Kwon also said that he loves doing ballads with 2AM as a group in the same way that he loves pop and dance. He shares, “I don’t want to tie myself in a certain genre by finding which one do I prefer. As a musician and artist, I love them both”.
A lucky Filipino fan was also able to greet him and invite him to once again visit the country. In closing, he shows his appreciation through these words, “I’m very happy that I have such good fans there in the Philippines and I would love to meet you one day. My Filipino fans, I’m looking forward to meeting you very soon. Thank you!”
That wraps up our special interview with Jo Kwon! Thank you to MCA Music in cooperation with  the Korean Cultural Center in the Philippines for inviting us. Filipino fans, be sure to purchase your own I’m Da One album which will be available in Odyssey Music & Video, Astroplus and MyMusicStore this August 2012 in the Philippines.
Image Source: Provided by MCA Music Philippines
Hellokpop, as an independent Korean entertainment news website (without influence from any agency or corporation), we need your support! If you have enjoyed our work, consider to support us with a one-time or recurring donation from as low as US$5 to keep our site going! Donate securely below via Stripe, Paypal, Apple Pay or Google Wallet.
FacebookTwitter
SubscribeGoogleWhatsappPinterestDiggRedditStumbleuponVkWeiboPocketTumblrMailMeneameOdnoklassniki
Related Items2AMI'm Da OneJo KwonJYPMCA MusicPhilippines
← Previous Story Concert Review: MTV World Stage Live in Malaysia 2012
Next Story → DTMG’s David Tauler to perform on ‘Star King’